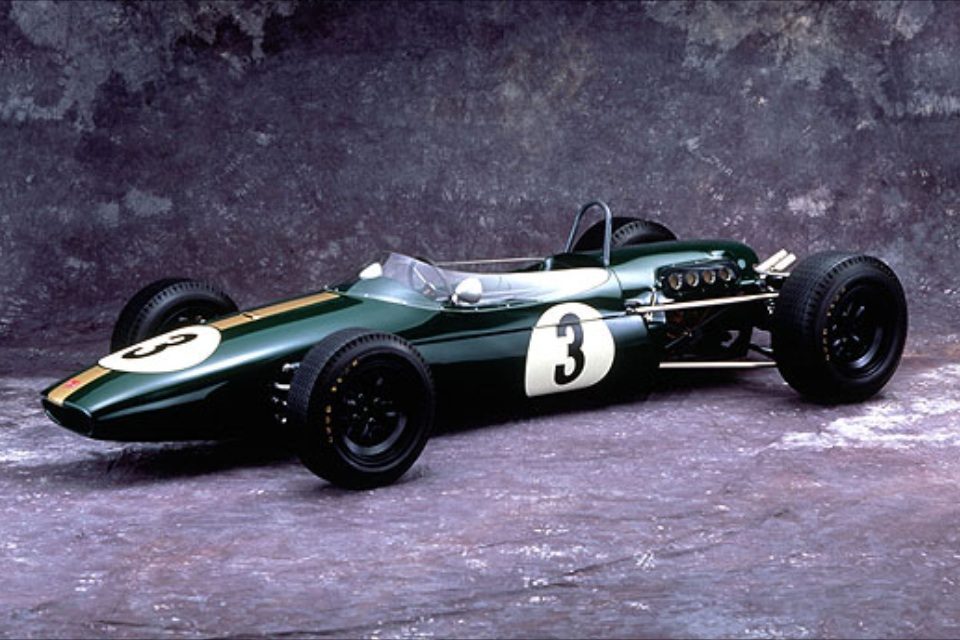 The BT18 was designed as a multipurpose chassis for both F2 and F3. Compared with the preceding BT15, the most noticeable change was the wishbone points were set wider apart to give a greater swing arm length to suit the ever widening wheels and tyres. A longer upright was also used to help spread the suspension loads created by the wider tyres that caused cracking of the chassis tubes. The new uprights were a development of the Formula One/Tasman design.
The F2 chassis had a few improvements: longer rear uprights, a 2.25" longer engine compartment, Armstrong adjustable dampers, fuel relief valve/pressure gauge and light alloy brakes.
Since these additions only added £200 to the price, many teams opted for the F2 specuification.

The year the BT18 was unveiled, Jack Brabham won the Driver's World Championship and the Constructor's Cup. Working for Jack Brabham, was fellow Australian, Ron Tauranac. Ron had done all the design work on the cars that year.
In production at the Brabham works that year were, the BT14 Formula Libre single-seater, the BT15 F3 (similar chassis to the BT14 and BT16), the BT17 (Group 7 sportscar on a stretched BT8A chassis), the BT18, BT18A, BT18B, BT19 (one-off F1 car), BT20 (F1), BT21 (F3 development of the BT18) and the BT22 (Formula Libre based on the BT11A with BT19 suspension). For what Enzo Ferrari termed a "Garagista" to describe the new breed of British constructor, Motor Racing Developments (MRD) and the Brabham Racing Organisation (BRO) were hard at work. 89 race cars of 10 different models were churned out that year alone, a record output till eclipsed by 1969's output of 100.
1966 would also be a watershed year. The rules were changing yet again and builders were just at the cusp of starting to apply science to what was very much the black art of aerodynamics and tyre technology. Coventry Climax had decided not to continue it's F1 involvement, opening the door for the Cosworth FVA and Repco. This move by Walter Hassan at Climax had shocked everyone, including Colin Chapman of Lotus. This was also the start of the 3-litre F1 era and the last year of 1-litre F2.
Formula 3 rules for 1966 meant engines of 1-litre capacity, while Formula 2 cars ran 1-litre engines (Cosworth SCA) for the last time. Between Jack Brabham, Denny Hulme and Jochen Rindt, Brabhams won every single Formula 2 race that year. Harry Stiller won the British F3 Championship, Tino Brambilla won the Italian F3 Championship, Charles Chrichton-Stuart the Argentine Temporda Championship and Spencer Martin the Australian Gold Star. The Tauranac-built spaceframe on the F2 and F3 cars was so good, even Colin Chapman was compelled to revert back to using it in the Lotus 41 after having moved on to monocoque previously. The only way to beat a Brabham would have to be with a Brabham.
A total of 46 BT18's were produced by the factory: 6 were for F2 with customer cars running Cosworth SCA engines (as opposed to the Cosworth MAE used in F3) and the works team running DOHC Honda S800 engines (chassis F2-18-66 & F2-19-66); 8 were for special order for the Honda racing school with Ford Kent engines(!), making this a Formula Ford 18 months before the formula had been launched; the other 32 were destined for F3 and classified as BT18A.

A video for you all to enjoy.