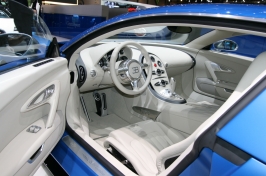 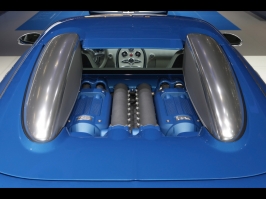 A celebratory model unveiled at the 2009 Geneva Motor Show for the 100th anniversary of the Bugatti brand. The entire body is painted in a combination of matte and gloss "Bugatti Blue", the midsection between the two wings on the hood is expanded, and a chrome strip up the middle added.

Why make a separate thread while you could edit your thread and incorporate the pictures.

StarLight
Why make a separate thread while you could edit your thread and incorporate the pictures.
Click to expand...