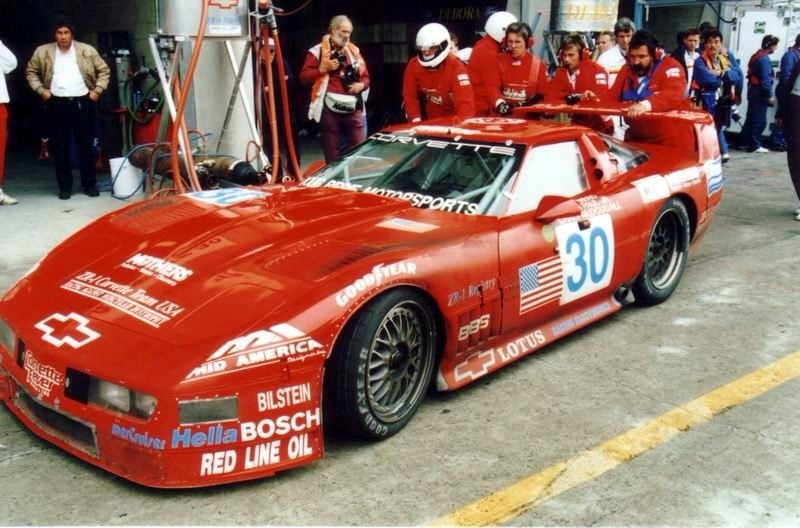 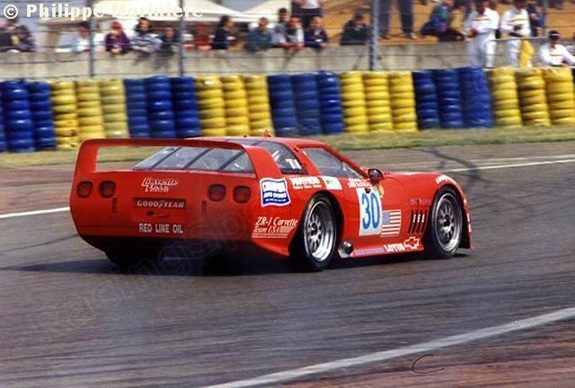 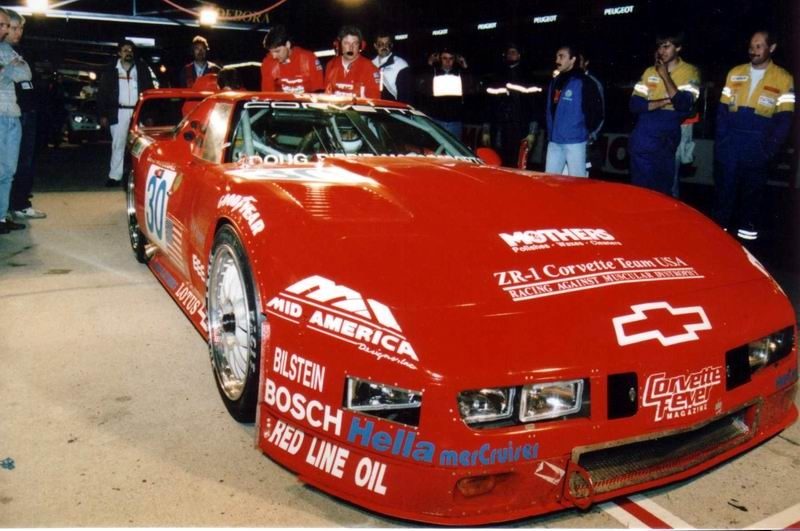 Rippie loved racing Corvettes in the US. But, his life-long dream was to take on the world-class marques at the LeMans. So, when Chevy intro'd the C4 ZR-1, to Doug, that opened the door to opportunity.

Via his collaboration with MerCruiser and Lotus Engineering, all with Chevy’s blessing, the Black Widow program created special street and [for the first time] race versions of the LT5 engine. But, '95 LeMans entry info lists the engine as a '6300cc Turbo', so the vague notes we found about Callaway being involved may also be true. Called the DRZ-500, this engine made 525hp in full race mode.

Rippie's red monster debuted at Sebring as a pre-test for LeMans. 21st in GT1 / 52nd overall, thanks to an early DNF, was the result. #06 drivers were Bill Cooper, Scott Maxwell, and Chris McDougall.

But, lack of testing finished the quest with another DNF. Sometimes however, the journey is the reward...

Regardless, that ZR1 was one serious BadBoy race car.

Awesome Corvette and that wing is so Ferrarish! 👍