City Cars in Juxtaposition - the Review

City Cars in Juxtaposition - the Review​

Down there, have a look at some of the most humdrum cars from everyday life. So common and conventional it makes you feel completely indifferent to them. How else could you feel? An average European guy probably spends more time seeing these cars than he does driving his own. Nobody expects anything from them, apart from typical point A to point B obedience. So if they are going to try turning the heat up with a trip to the semi-racing domain, they better do it properly, or else nobody is going to notice their effort.

Our lovely Enthusia posses pretty wealthy dose of everyday chariots with little to none factors within them that would make your blood boil. But given this is a realistic game in which even the slowest car can turn the tables on you with its ingredients, just for fun I decided to pull out three randomly chosen cars within the chosen range of performance to see if there is any kind of entertainment hidden in them. 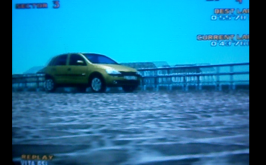 The first one comes from France. And it’s, it’s… a C3. I know, it ain’t exactly a definition of “excitement”. You’ll be excused if you yawn.

Citroen has crafted quite a relevant number of interesting cars through years, but the C3 isn’t even close to being one of them. Especially with that dome-shaped body and complete absence of any badges that would make me turn after it even once.

But to my surprise this thing comes with a pretty powerful engine and cheats the weight scale just enough to seat in-between the other two miserable dudes I picked. A wolf in sheep’s clothing or just another commuter with a power it can’t handle? We’ll find out. For now, moving on to our next chump.

The first Demio was a nice, practical town box a small family could always rely on. It offered quite a lot of space for its size, and mobile rear bench, which wasn’t common in that class of cars. The concept of shrinking down a minivan to city car size proved successful for Mazda so it is no wonder they stood with the concept for 10 years.

However, it was pretty clear right from the beginning that the Demio could offer nothing to petrol heads or everyone wishing for something more than just a pedestrian-mannered car. Mazda tried to combat this by offering a range of 1.5 litre 100 HP engines, but that was not enough to kill off natural characteristics of the car. 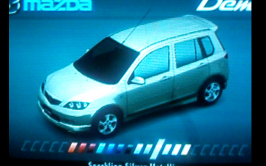 Zoom-zoom! ​
That's why introduction of the Mazda 2 was welcomed with enthusiasm and smiling faces. Sourced Ford genes and performance oriented model in the range finally made the car stand out. But did better suspension and more powerful engine predisposed it to be a serious track day contender?

Speaking of predispositions, the Vita GSi surely has some. Out of all the cars gathered today, it has the greatest possibility to score and win the competition.

And the badge is your answer why. This badge comes with a history, relevant and familiar to any ex-autobahn driver and street racer from central Europe. Pretty much anything that had this badge in one form or another could wipe the tarmac with unprepared drivers in far tougher and visually more expressive rides. Back then when OPC was still in cradle sucking pacifiers, the GSi was the thing to look for.

There was a rumor Lotus worked on the early Corsa and Tigra models. Allegedly they were involved in engine development for the GSi Corsa models and suspension setup for the Tigra. I have found numerous facts proving and even disproving these rumors, so I am not sure if anything constructive can be concluded from all these information. But if speculation is what you like, then feast yourself with another one - the Corsa C allegedly wasn’t tweaked by Brits in any possible way, which means you can ditch that Lotus-backed hatch story out of window as far as this case in considered. Shame.


So… how do these three handle themselves? I started out with the Mazda first ‘cause I dig Mazda and their crafts a lot. 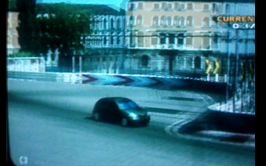 The Mazda 2 comes with a pretty zestful engine. It likes to spin and keeps your ears entertained with its mature sound. Standard 5-speed gearbox attached to it maybe isn’t the greatest in the class or the quickest I have shifted, but it works fine in terms of how close each gear should be to bring the best from the engine. In my book, the Mazda 2 has all the necessities to achieve semi-sport hatch acceleration, for which reason I place a check in its velocity checkbox.

Curving the corners, on the other hand, takes more practice than you would think, mainly because the front suspension has a problem or two keeping the car’s trajectory, especially on braking. Grip on the front axle changes from “nice” across “acceptable” to “whoa, what the hell is going on?”, all within several milliseconds during which turning-in lasts. Even with a trained foot, it’s hard to keep this under control. Not exactly what I was expecting from a “Sport” model.


The C3 is a different cup of tea. Placing tens of pounds on its outer tires reveals it has much softer suspension compared to the Mazda 2. It leans more and reacts slower during weight transfer. Normally, that would put it in a disadvantageous position against any other street-prepped car, but not against Mazda 2. Once the tires bite the surface, they will lead the car out of any corner without noticeable changes in line. This was a plus on longer sweepers, and since Marco Strada is full of them, it is no wonder I managed to beat the Mazda 2 after very short time. Both cars are pretty much dead even in terms of straightway speed, but on corners the C3 takes the cake. 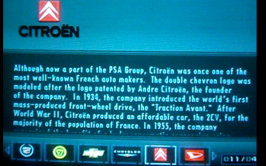 To my surprise, only the Corsa sank further into the depths of mediocre. Its performance manifests with significant levels of understeer and poor stopping capabilities due which out-breaking the C3 on the last corner was virtually impossible. I’m not sure what they were trying to accomplish with such suspension setup, but it definitely has no place on a race track. Perhaps the funniest thing is that the Corsa would always be one full car length ahead of the C3 prior diving into the first corner, but at least one and a half lengths behind after the lap was completed. It is simply unable to stay ahead of the C3. I have to say I’m quite disappointed. If this was a standard Corsa, it would be okay, but for a GSi this kind of negligence, omission, or whatever it was is not acceptable.

Funny, I thought the Mazda 2 was not good enough, but it turns out it is considerably more enjoyable to drive than the Corsa.

And that brings us to a recap of our little test. While the Mazda 2 didn’t perform as good as I was expecting, it did a good job turning its minivan concept into something more expressive and entertaining to drive. This could sound odd to you after everything I said, but out of all the cars I tested today, I spent the longest amount of my time specifically with the Mazda 2.

The Corsa wasn’t up to the task. It drives like a regular city car and doesn’t show absolutely anything that would be worth the badge it is so proudly carrying. You’ll need to spend some time in the after-market shop to figure out what to do to the suspension to heal its abilities and make the best use of the car’s engine, which is indeed powerful.

The C3 exceeded my expectations by several miles. Considering it came without a badge or sport trim level, it performed extraordinary. It definitely deserves a clap of approval, but… would you really want to be seen in a car like this when racing on a race track?

Thank you for reading and have a Merry Christmas!