Presents another disappeared car that years emerged form the ashes, the Ferrari 166 MM/53 Abarth Spyder from 1953.
This is really an unique one-off Ferrari with an Abarth design, central headlight a body shape. A must have classic Ferrari.

Weight is arguably the most important factor when it comes to outright racing performance as it affects acceleration, braking and cornering. Since the dawn of motor racing, engineers have tried to achieve the perfect balance between saving weight and chassis rigidity. To keep up with the manufacturers, the Italian coachbuilders offered specially designed light weight bodies.
Most famous of these was the 'Supperleggera' construction offered by Touring, which consisted of aluminium panels fitted on a steel frame.

After the Second World War the 'smaller' racing classes were extremely popular in Italy. One of the dominant chassis of the day, was the newly designed Ferrari 166 MM. Powered by a two litre V12 engine, it took on the competition from Alfa Romeo, Lancia and Fiat. Both Touring and Vignale offered coachworks designed to be fitted on Ferrari's two-litre racer.
In 1953 Scuderia Guastalla's driver Giulio Musitella took delivery of a 166 MM (s/n 0262M), set to receive a Vignale body. Not satisfied with the weight of his new racer, Musitella commisioned Carlo Abarth to design and fit a new body.

Austrian born Carlo Abarth had just formed 'Abarth' from the remains of the defunct Cistitalia. He was best known for his exhaust systems and his unconventional approach. Abarth's cars used the Fiat 1.1 litre engine, which made weight saving essential to get competitive performance. Cisitalia and Abarth's racing successes proved that Carlo was well up to the task. Musitella's request was the first of that kind, but certainly not the last. Today Abarth is best known for their modified road and racing cars.

Abarth's approach to lightening the 166 MM was far from conventional. He not only shaved off a lot of weight, but also constructed a body ideally suited for racing. He fitted the chassis with removable aluminium body panels bolted together on a support frame. The intallation method allowed damaged panels to be replaced quickly. All panels were beaten by hand by Giuseppe Manera from metal sheets. In total the body and frame weigh a mere 55 kg (121 lb). With its central headlight, the Abarth bodied 166 MM was one the most uniquely bodied Ferrari's of its day.

With its streamlined body and weighing almost 275 kg (600 lb) less than the Vignale bodied 166 MMs, the Abarth Spyder was set to be a big success. The conversion payed off; at its competition debut in the 1953 Targa Florio, as Musitella took a class victory. He campaigned the car throughout the season, with an overall victory in the 10 hours of Messina race as his best result. At the end of the season, the original engine was replaced by the three-litre V12 also found in the 250 MM.

For reasons unknown, the Abarth body was removed and a Scaglietti body fitted. The complexity of the body and the lack of replacement panels might have forced Musitella to abandon the Abarth coachwork. After an unsuccessful outing in the 1954 Mille Miglia, 166 MM s/n 0262M disapeared. Nearly fifty years later the Scaglietti bodied Ferrari resurfaced and was painstakingly restored to its original Abarth shape. It is shown here on display at the 2004 Eyes on Design exhibition held at the Edsel and Eleanor Ford House. 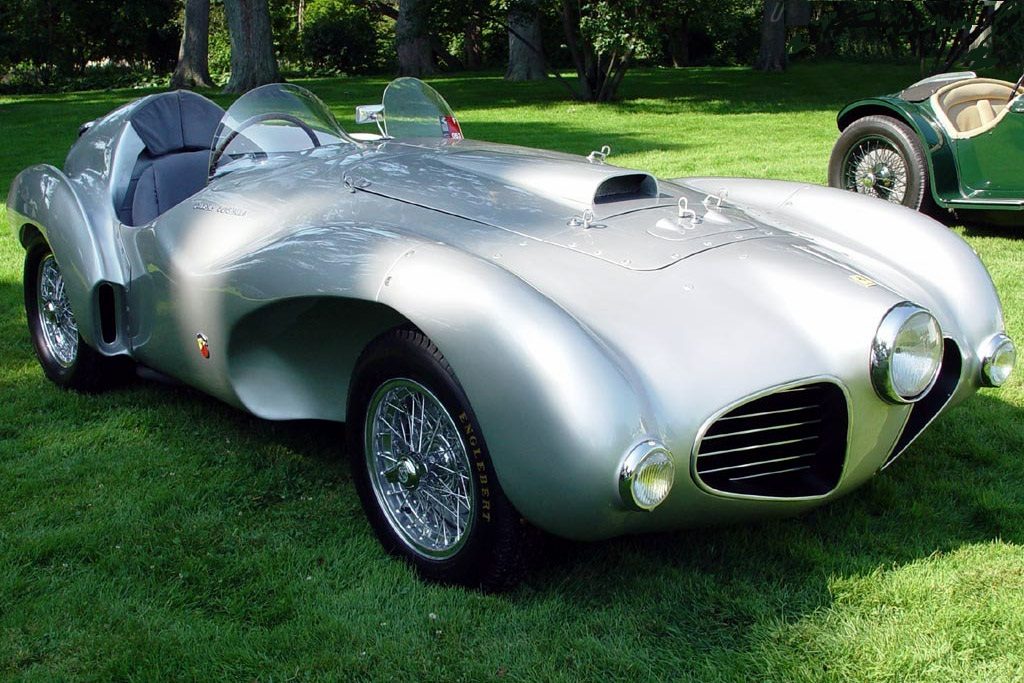 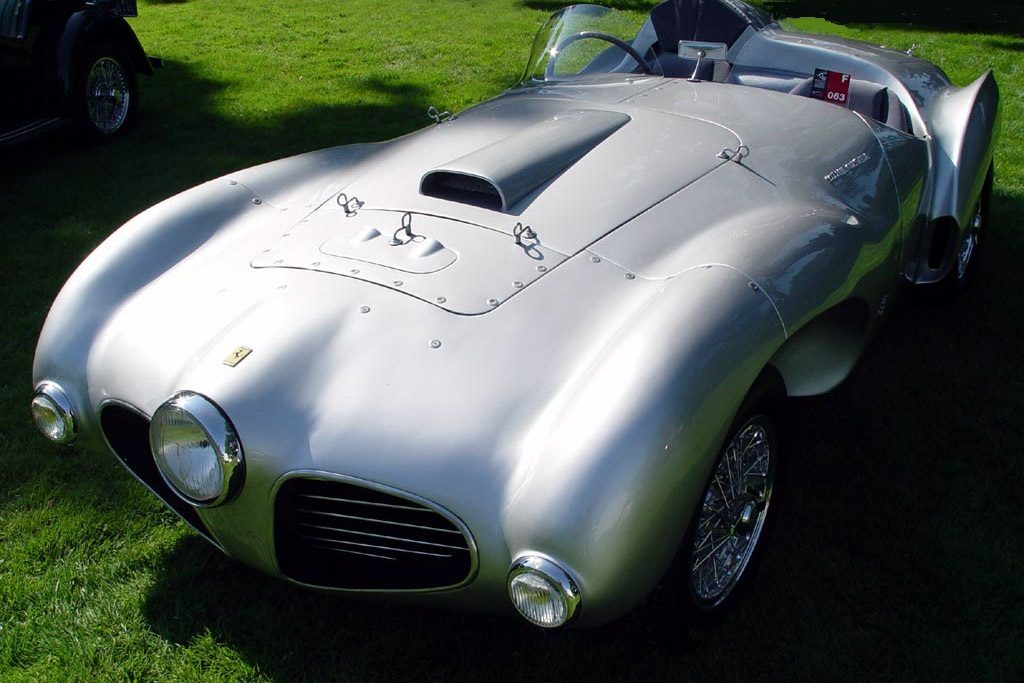 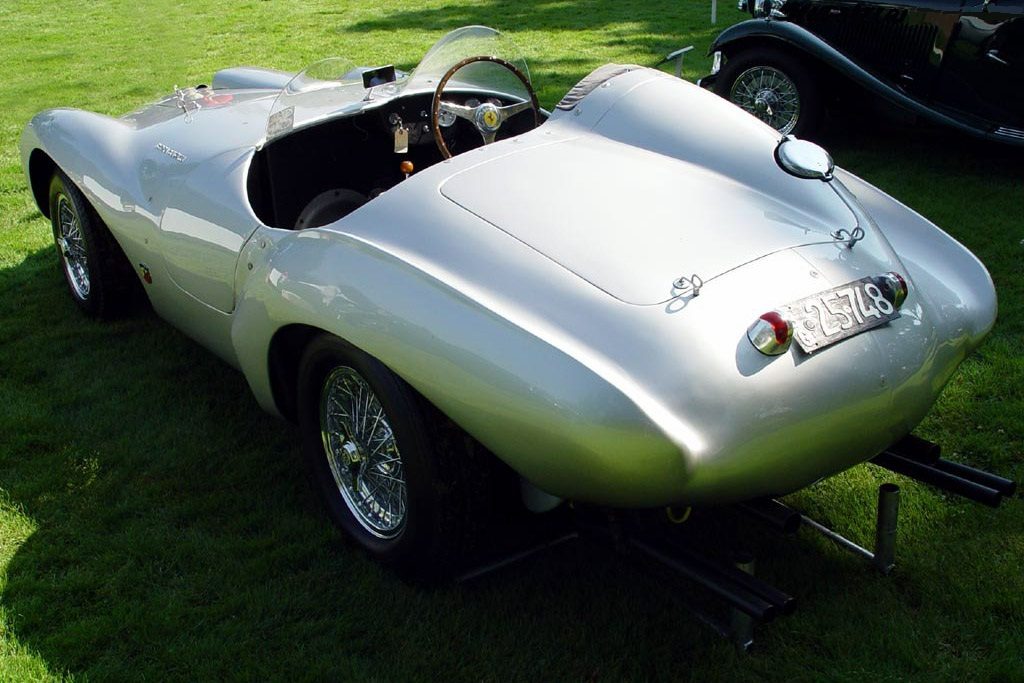 Yeah the front is ugly

good to see it, but it is not one of their finest offerings.

I'm sorry but how drunk was Enzo when this thing was being made?

NART512
I'm sorry but how drunk was Enzo when this thing was being made?
Click to expand...

Carlo Abarth did the design not Enzo ... but finally he approved in a good mood I suppose.

The first picture shows a car perfectly suited to Ronald MacDonald - just needs a large bunch of balloons tied to the back! 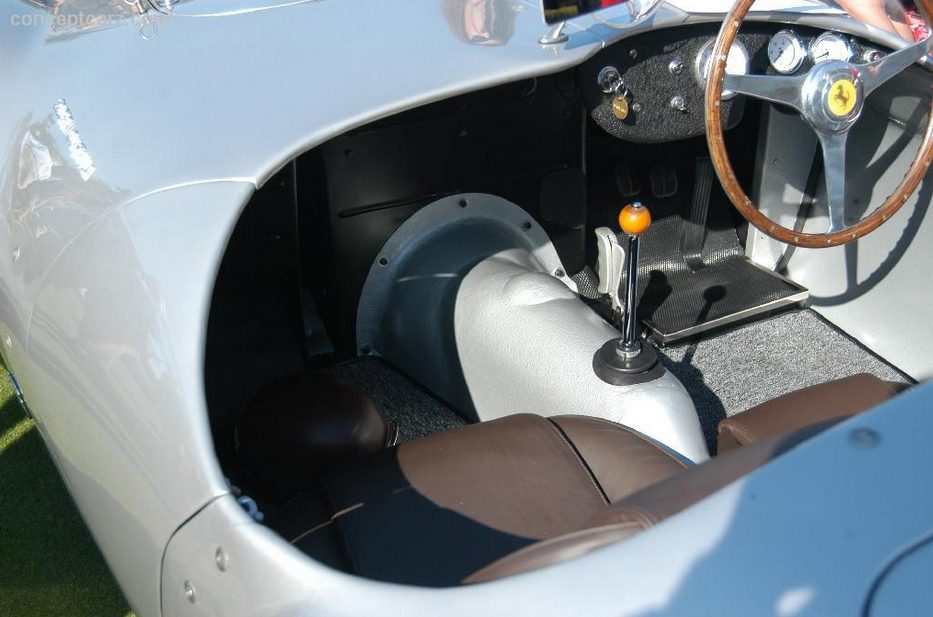 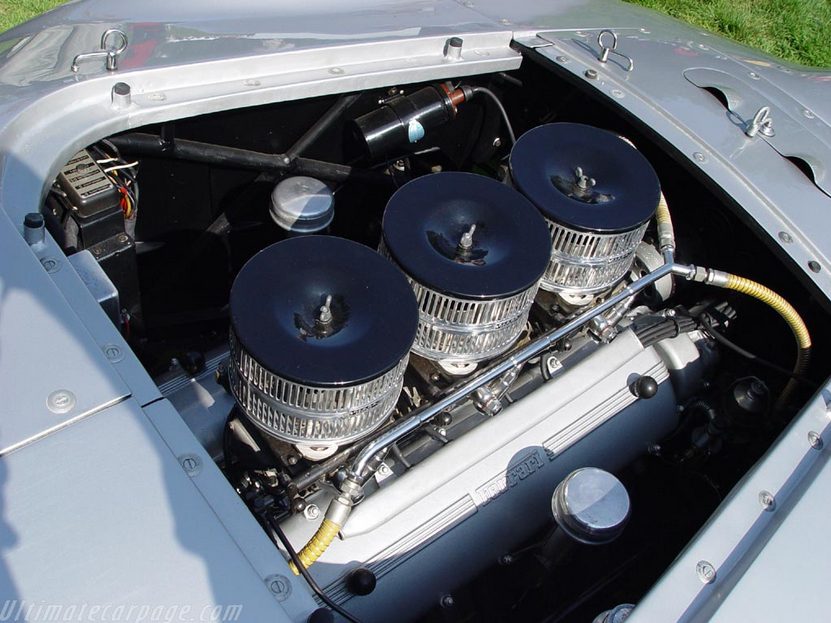 The first picture is awesome, thanks!
👍

The photos from a restored car are nice but the vintage B/W photos from old days are also so nice! 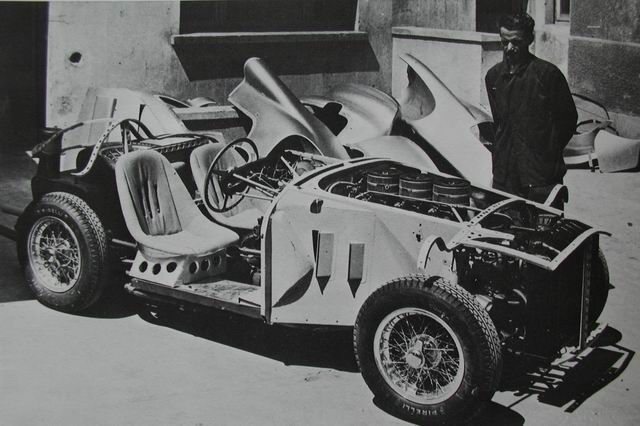 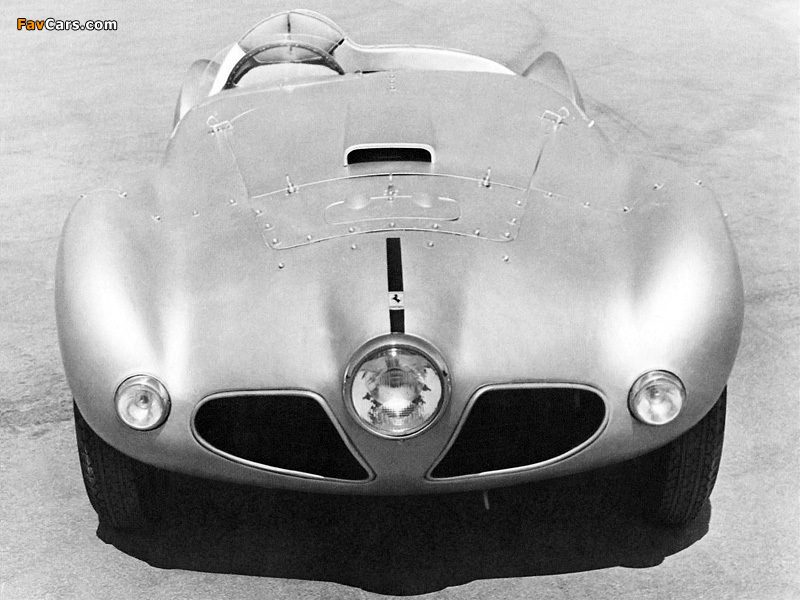 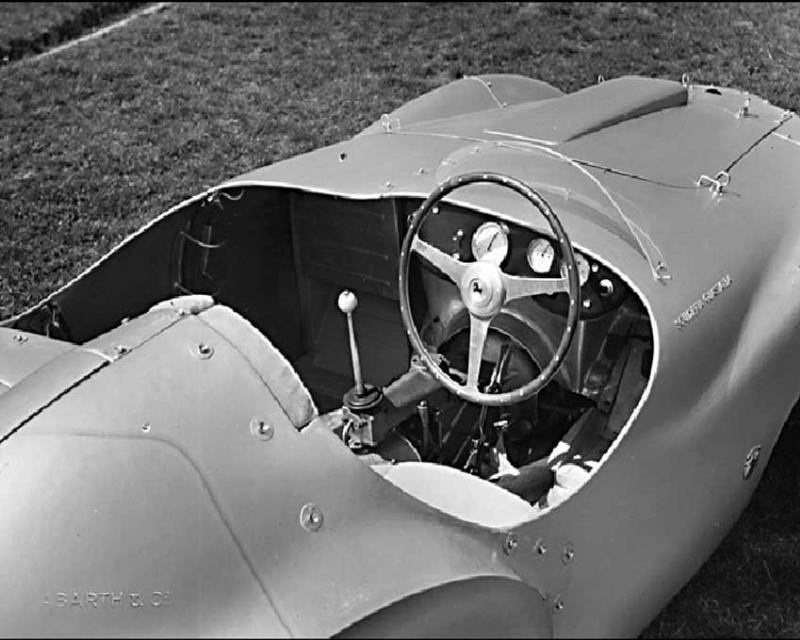 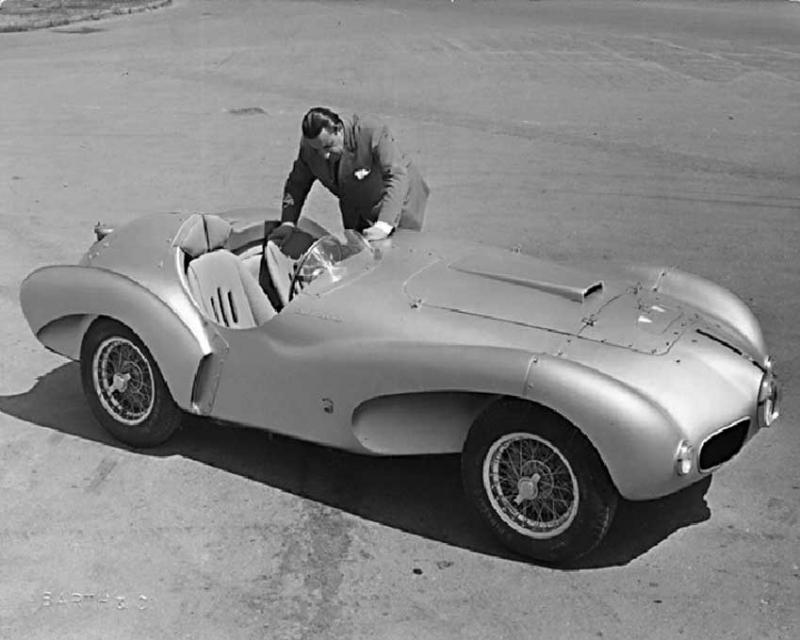 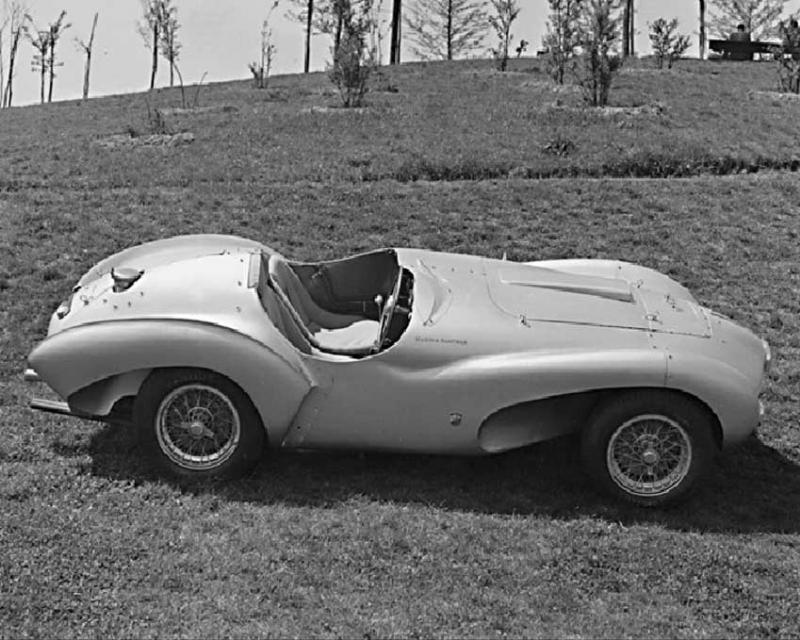 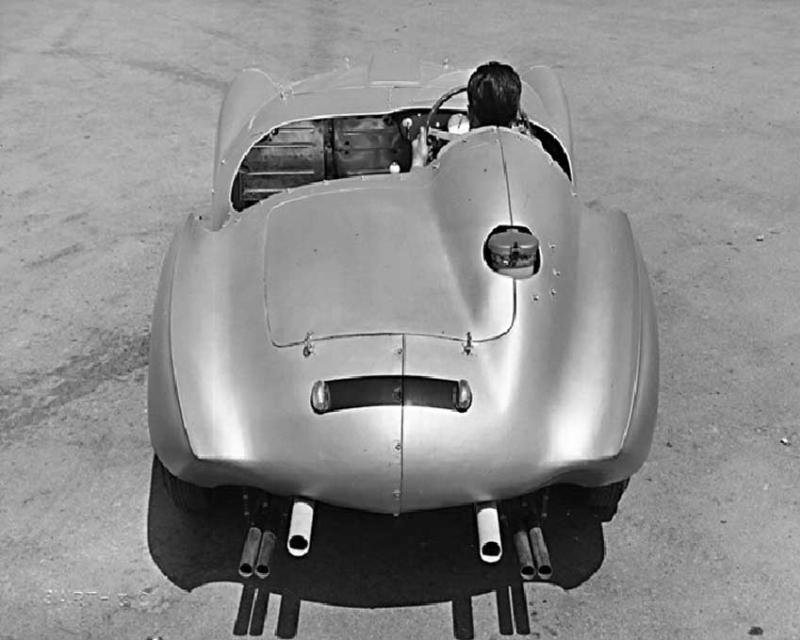 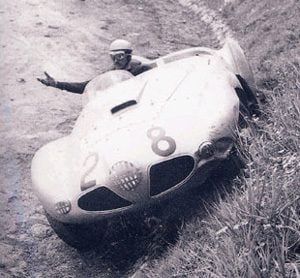 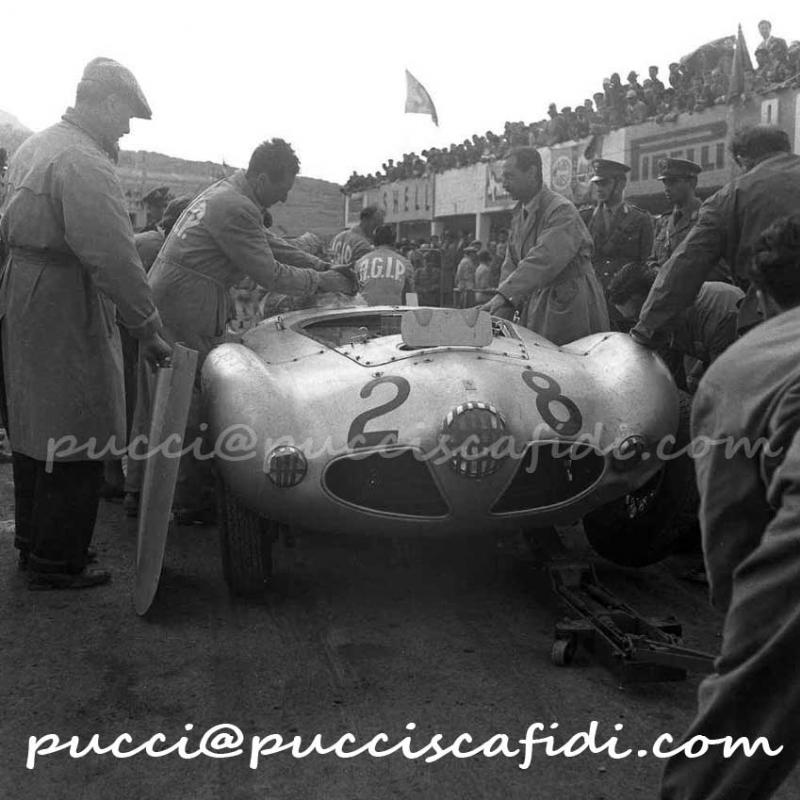 Sorry for my very late reply.
Thanks for adding them.
👍

I did vote for this before but gotta say, this is one polarizing design. I really thought the front was designed for the purpose of racing, but above pic shows the "Minotaur" headlight all taped up and now I'm not sure why the front was so.....ahem, vulgar. But hey, it more than makes up with all them exhausts, so it's okay in my books.

I'm not a fan of Ferrari, but I do like the look of this one. It kind of reminds me of an open top race version of the Abarth BAT 1500, which is one of my favourite cars on GT6.

CORRUPTEDDISC
I'm not a fan of Ferrari, but I do like the look of this one. It kind of reminds me of an open top race version of the Abarth BAT 1500, which is one of my favourite cars on GT6.
Click to expand...

Exactly .... this car have a great look, it's a futuric design I should say. Specially in the 50's.
You liked or not, there is no between.