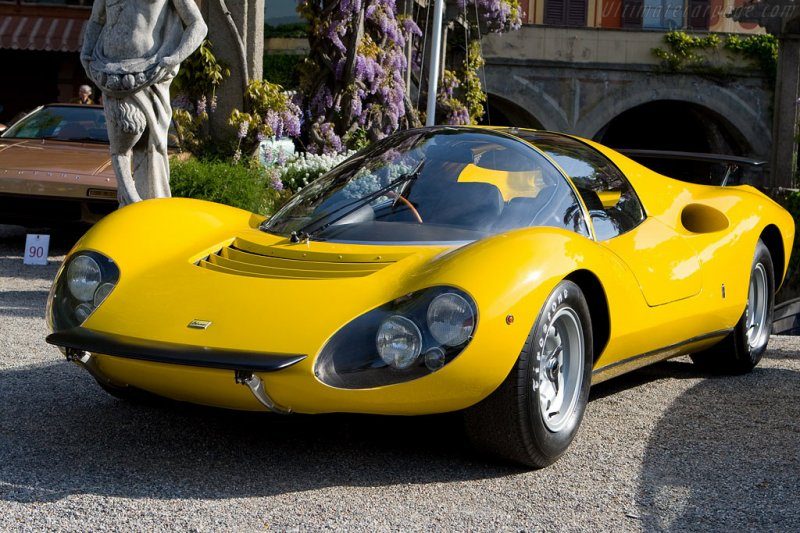 The history of the 'Yellow Dino' starts at Ferrari's annual pre-season press conference early in 1966. There the wraps were taken off the company's new racing cars, which included the V6 engined 206 S Dino. Based on a prototype racer campaigned with considerably success in 1965, this compact racing car was intended for use in the two litre sports car class, which required a production run of at least 50 examples for homologation. The new car was shown alongside the Ferrari 330 P3, which was designed to take outright victories. For all intents and purposes the 206 S Dino was a 330 P3 cut in half, sharing its basic engine design with six instead of twelve cylinders. While production got under way, the factory extensively campaigned the cars, but the Dino struggled in the prototype class. Numerous strikes slowed production down and by early 1967 it was obvious that by the time enough examples were produced, the car would long be obsolete. Ferrari abandoned the program and instead focused on reclaiming Le Mans from Ford after the shattering defeat a year earlier.

By the time the project was abandoned just over a dozen cars were completed and these were gradually sold off to privateer racers and collectors. The 17th (034) and 18th (036) chassis were presumably never fitted with the very elegant body crafted by Piero Drogo's Carrozzeria Sports Cars. Chassis 034 was equipped with an engine used at Le Mans in 1966 (the scruteneering stamp is still visible today) and shipped to Pininfarina with a regular production Ferrari production car serial number (10523). Even though Turin based coachbuilder was in the process of putting the final touches on a Dino production road car, they decided to create a completely different design for what would become their third Dino show car. Appointment to pen the design was a very young Paolo Martin, who previously worked for Michelotti and Bertone despite being only 23 years old at the time. No doubt inspired by Ferrari's sports racers, he drew a very elegant shape including large oval shaped headlights and gull-wing doors. Reflecting a new trend in racing, large adjustable wings were added to the nose and tail of the car. Even though Martin did not like them much, they made the '206 S Dino Berlinetta Competizione' instantly recognisable.

Transformed from a sketch on a sheet of paper to a fully functioning show car, the Dino Competizione was unveiled in the fall of 1967 at the bi-annual Frankfurt motor show. Needless to say it was one of the stars of the show and has remained as one of the great designs of the 1960s. Shortly after the 'Yellow Dino' made the headlines, the elegant round shapes were abandoned in favour of sharper lines eventually culminating in the 'wedge' craze of the 70s. 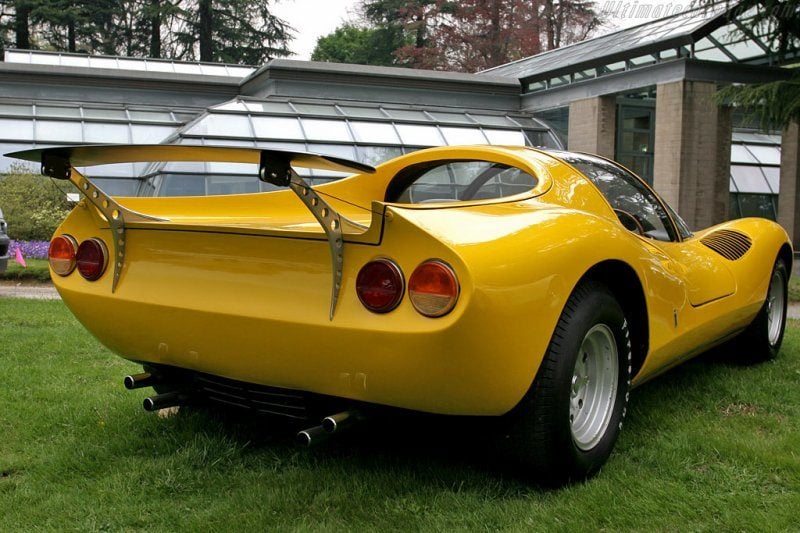 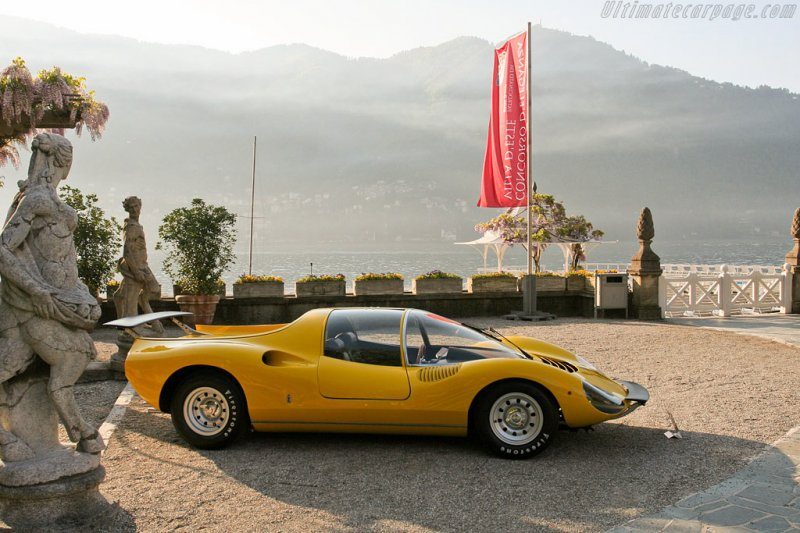 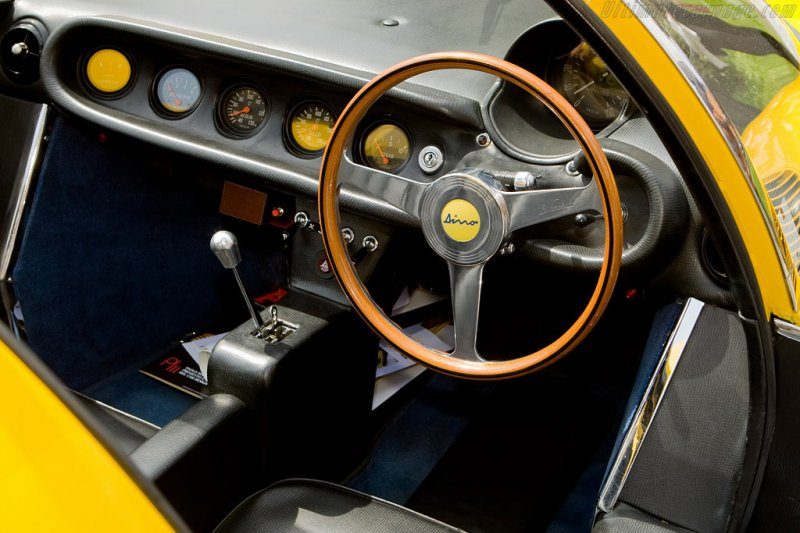 ...Beautiful car. Hope I can remove those wings if this car makes it into the game.

JKgo
...Beautiful car. Hope I can remove those wings if this car makes it into the game.
Click to expand...

Yeah, easily the worst part of the design

No idea why, but up until to the 60s, a lot of Italian sports cars seemed to be RHD

hackbunny
No idea why, but up until to the 60s, a lot of Italian sports cars seemed to be RHD
Click to expand...

...Oh? Didn't notice that until now. I should google around, see what I can find out... Interesting...

I'd love to see this car featured. Be cool to see another version of the Dino than what we usually get. Plus I'm always down for a new Ferrari car to be added!