​
StarLight Garage presents another Ferrari 250 GT, this time the long wheelbase (LWB) Tour de France from 1958. And with the real 2014 Tour de France going on (today stage 10 of the 21), is this a very suitable car to suggest at the moment.
The 250 GT is a Gran Turismo Ferrari that always conceived from the experience accumulated with the racing machines.

The Ferrari 250 GT Berlinetta not only has breathtaking looks, it remains arguably the greatest and most important Ferrari road/racing car ever built. Its forerunner was the 250 MM, so-named after the famous Mille Miglia race, which hard-charging Italian hillclimb champion Giovanni Bracco won for Ferrari in 1952.

That achievement, plus Ferrari’s first World Driver’s Championship win with Alberto Ascari driving the Type 500 and the company’s first collaboration with Pinin Farina (the 212 Inter cabriolet) combined to make the year 1952 a particularly significant one in the marque’s history.

The last 250 MMs had been built by 1954, and work began on what would become the 250 GT Berlinetta Tour de France. A new strengthened 2,600-mm tubular chassis was equipped with a modern wishbone/coil-spring suspension and the Colombo Tipo 112 “short-block” V-12 engine. Subsequently, this engine was developed further and re-designated Tipo 128B, C and D. Three more 250 GTs similar to the 250 MM followed the prototype Pinin Farina-bodied Berlinetta, 0369 GT, between April and July 1955.

That October, another car was shown at the Paris Salon and was the first design with many side louvers set within the rear sail-panels. Pinin Farina made two more prototypes, one of which was owned by the Marquis de Portago from Spain. At Nassau in December 1955, he scored the first victory for the car, a record that would reach epic proportions by the end of the decade. The Le Mans tragedy of 1955, where Peter Levegh’s Mercedes flew into a crowd of spectators, killing 80 and injuring another 200, prompted the creation of a new Gran Turismo category with an engine capacity of 3.0 litres, which would play directly into Ferrari’s hands in 1956.

Not to be outdone by Pinin Farina, Scaglietti appeared at the 1956 Geneva Motor Show with their own 250 GT prototype, which became known as the limited production, Series I, “14-louvre” 250 GT Berlinetta. The first production car was built in November 1956, and production was now the responsibility of Scaglietti in Modena.

There were five series of 250 GT Berlinettas in all. From mid-1957, the Series II cars were introduced, with three louvers and covered headlights. Just 15 were produced. Series III numbered 36 cars; these retained the covered headlights but had just a single vent louver. In 1959, eight single-louver cars were built with open headlights, a new Italian requirement. Zagato also made five superlight cars.

The real start of the 250 GT Berlinetta’s competition career began in 1956, and the car went on to win more races than either of its legendary successors, the 250 GT SWB and the GTO. Olivier Gendebien won the GT class in the Tour of Sicily at the beginning of 1956, but that year’s Tour de France was 250 GT Berlinetta’s most important race and propelled the car into the annals of motorsport history.

The Tour de France took five or six days and covered almost 5,000 gruelling kilometres around France, sometimes venturing into Italy, Belgium or Germany. The race consisted of up to six circuit races, two hillclimbs and a sprint. In 1956, in de Portago’s first attempt, with Edmund Nelson as co-driver in his Ferrari, he took the victory with Stirling Moss in a Mercedes 300SL second and Gendebien third in the first Pinin Farina ex-works development car, 0357 GT. With this win, ‘Fon’ de Portago earned the Ferrari 250 GT Berlinetta its enduring sobriquet, the Tour de France. In the hands of Olivier Gendebien, the 250 GT Tour de France was victorious for the next three straight years in the race whose name the car had now unofficially taken, and the car and its enviable competition record remain the stuff of legends today. 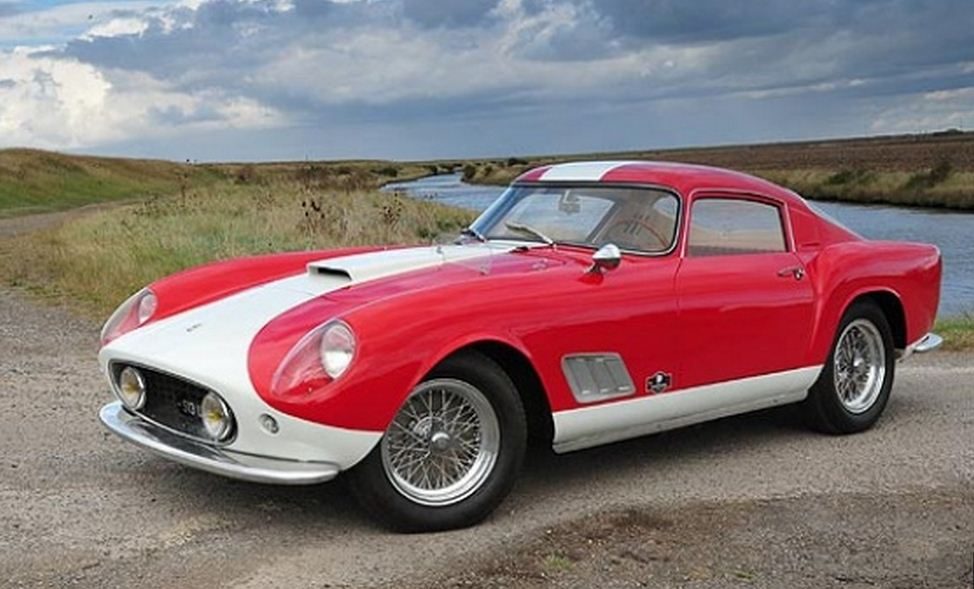 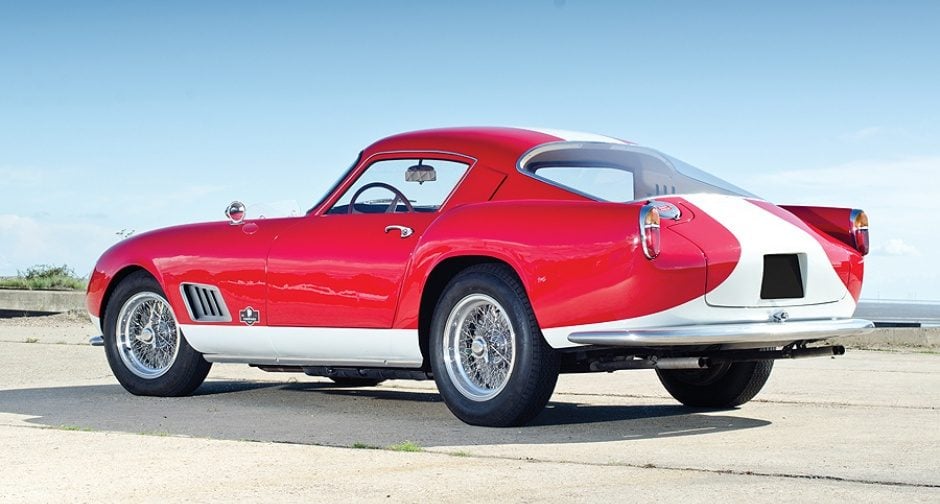 cbarbosa
With cars like this, who cares about bikes!?

I care about bikes ... just watch the Tour de France. 👍
I bet some tour cyclists have a Ferrari at home not a "250 GT Tour de France" of course but a cheaper one. 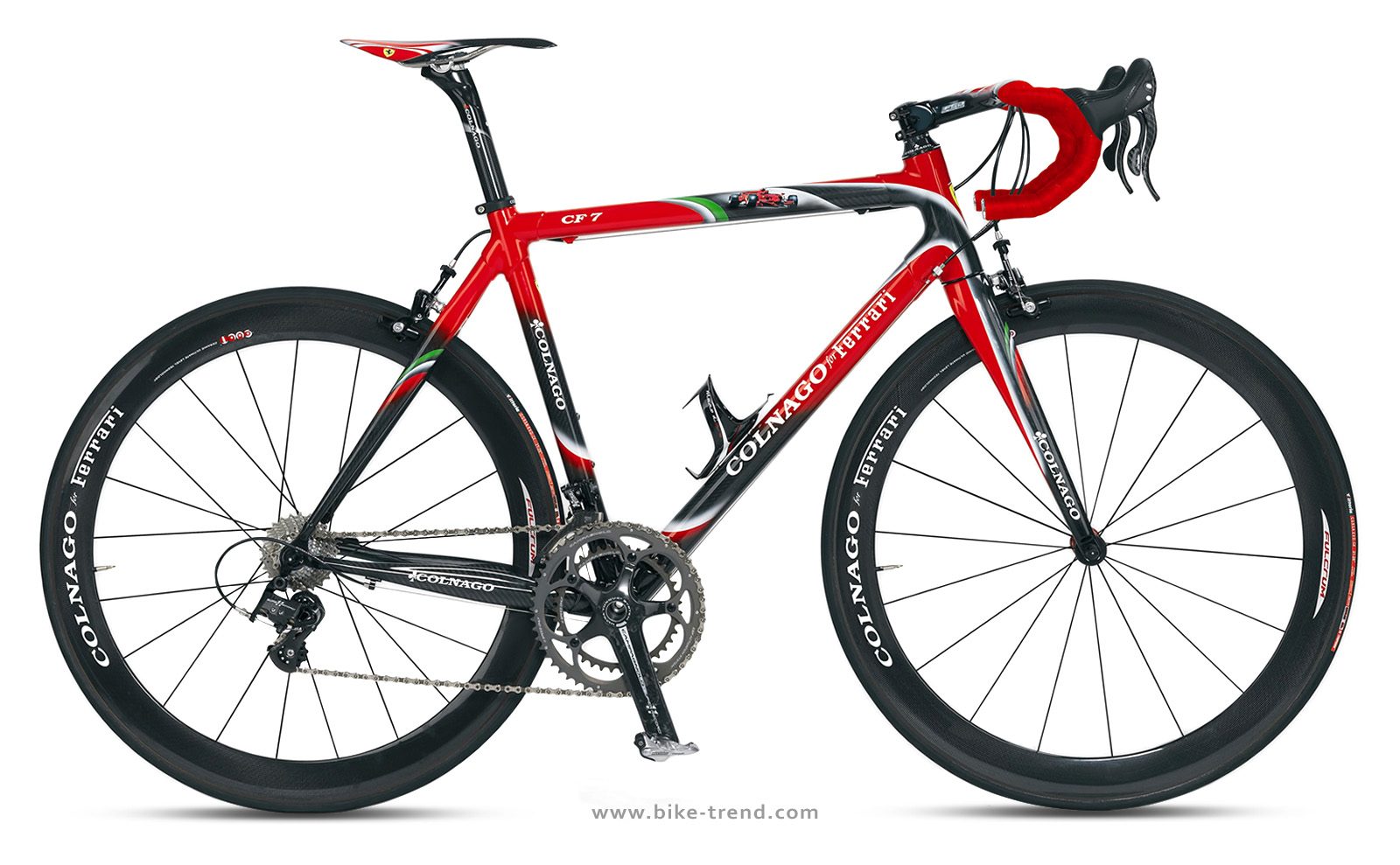 StarLight
I care about bikes ... just watch the Tour de France. 👍
I bet some tour cyclists have a Ferrari at home not a "250 GT Tour de France" of course but a cheaper one.

This car is amazing

Perhaps PD could give us a choice of paint schemes - red with white, white with red, all white etc. A fabulous car! 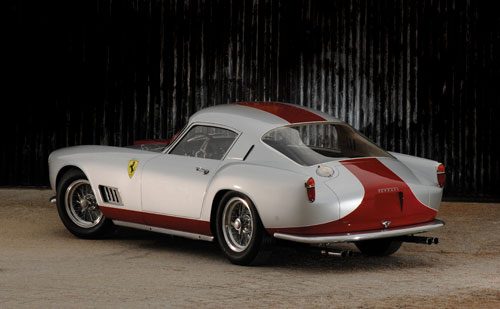 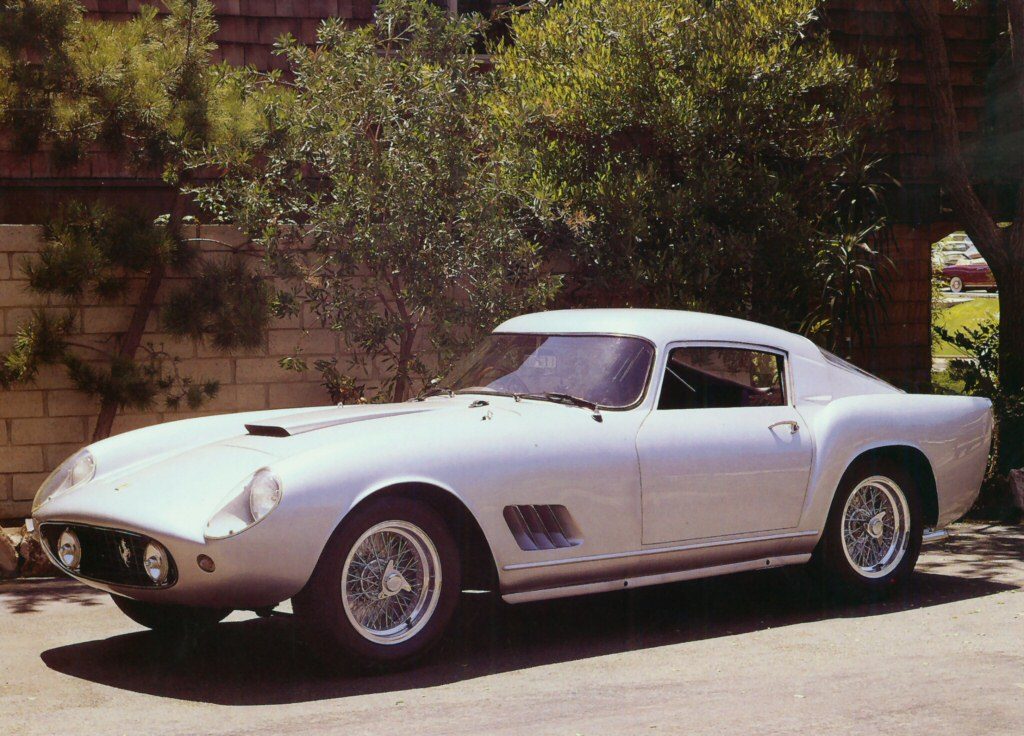 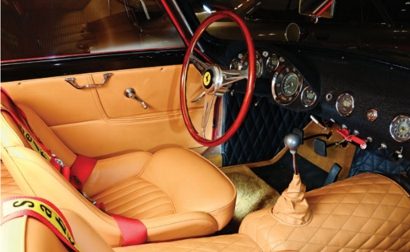 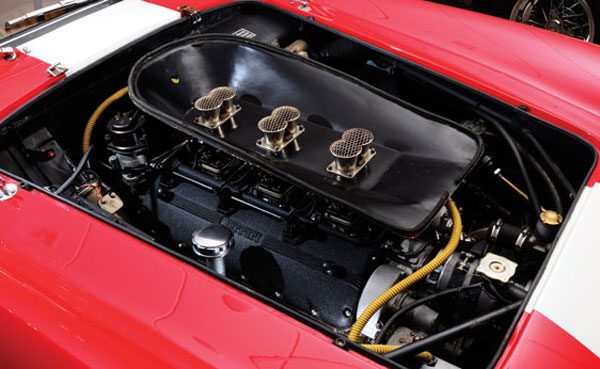 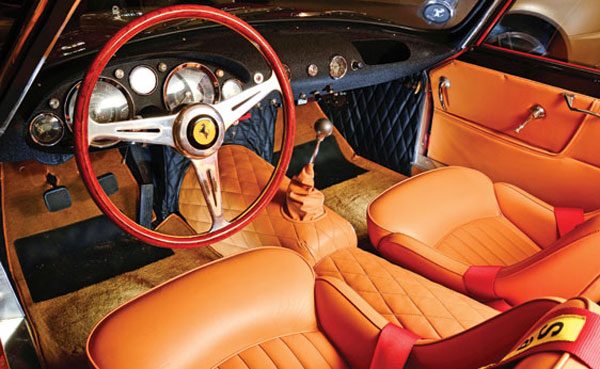