Presents a very rare Ferrari racing car, the Ferrari 410 Sport from 1955. A beautiful Ferrari with very good driving characteristic maybe one the best Ferrari ever made in Maranello.
This Ferrari Speciale is also known as the John Edgar’s Scaglietti-bodied 410 Sport Spider.
Only two cars made by Ferrari.

The 410 was Ferrari's top sports-racing car in 1955 and effectively replaced the 375 Plus which won Le Mans in 1954. It was specifically designed for a race stretching up the newly built Mexican highway called the Carrera Panamerica and was named 'Carrera Messicana' internally by Ferrari. For the long and straight sections, where the car ran at full tilt for miles, the 410 was built with a powerful engine and five speed transaxle.

One of only two 24-plug 410 Sports produced, 0598CM was expressly built for Juan-Manuel Fangio to drive in November 1955’s La Carrera Panamericana, but the Mexico 2,000-miler was cancelled because of prior fatalities. Fangio and Eugenio Castellotti raced the car in the January '56 Buenos Aires 1000Km, where its transaxle broke.

To take full advantage, the 410's engine became the most powerful version Lampredi's 'long block' 60º V12. Displacing 4962cc, the 410 Sport had 380 bhp on tap and was the most powerful car Ferrari produced. Richie Ginther claimed just that, and Enzo Ferrari mentioned that “this was the best Ferrari he ever built.”

The first two cars, called 410 Speciale, were fitted with single plug ignition and Weber W40 DCF/3 carburetors to produce 345 bhp. The factory works cars followed Ferrari's F1 practice, using twin-spark ignition and Weber 46 DCF carburetors to produce 380 bhp. Only two of these more developed cars were produced and they were called the 410 S or 410 Sport. Lubrication was provided by a dry sump system with a reservoir located in near the passenger-side seat.

A specially designed chassis was drawn up for the 410 which had shortened the 375's wheelbase from 2600 to 2420 mm. The same dimensions were used on the seminal 250 Testa Rossa in 1958. Made to cope with the brutal Mexican roadways, the chassis has two very large oval chassis rails that were substantially cross braced.

Suspension was typical of the period with independent A-Arms up front and a de Dion-type axle with transverse leaf spring in the rear. Braking was provided by massive drum brakes which were mounted clear of the wheels to aid in drum cooling.

Scaglietti was essentially a quazi-factory effort in the fifties and bodied almost all of Ferrari's factory race cars. Many designs to come from Scaglietti were based on another carozzeria's design, but a rare few Ferrari's were completely Scaglietti. Whenever this was case, as with the 410 Sport, Scaglietti fitted their badge behind the front wheels. Unlike the 375 Plus penned by Pinin Farina, the 410 featured a huge elongated front grill and an extended tail to fit the huge 195 liter (51.5 gallon) fuel tank. Scaglietti also fitted an enormous front hood to provide more than sufficient access to the engine bay. Like the 375 Plus, the 410 had an optional cover that was used over the passenger-side seat.

Unfortunately, the 410 Sport saw little action contesting international motor sport. After the 1956 edition of the Carrera Panamerica was canceled, Ferrari instead raced the cars once at Buenos Aires where they retired with transaxle failure. Afterward they were sold to private teams. An attempt was made to include 0598CM as private entrants in the Mille Miglia but this was sidelined due to the factory effort which was instead concentrated on 860 Monzas and 290 MMs. One of the cars, chassis 0598CM, went to Californian John Edgar who had Carol Shelby drive it to much success in American SCCA racing.

After the brief 410 racing program, Ferrari focused on a fledgling inline-4 and inline-6 initiative before Ferrari and Lampredi departed ways. Ferrari then hired Andrea Fraschetti to further develop the 290MM/315S/335S V12 cars from where Colombo and Lampredi left off. 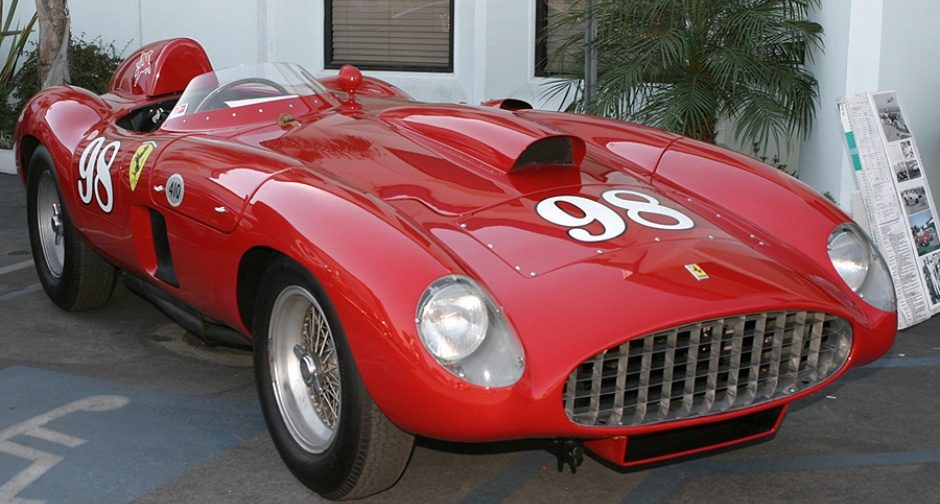 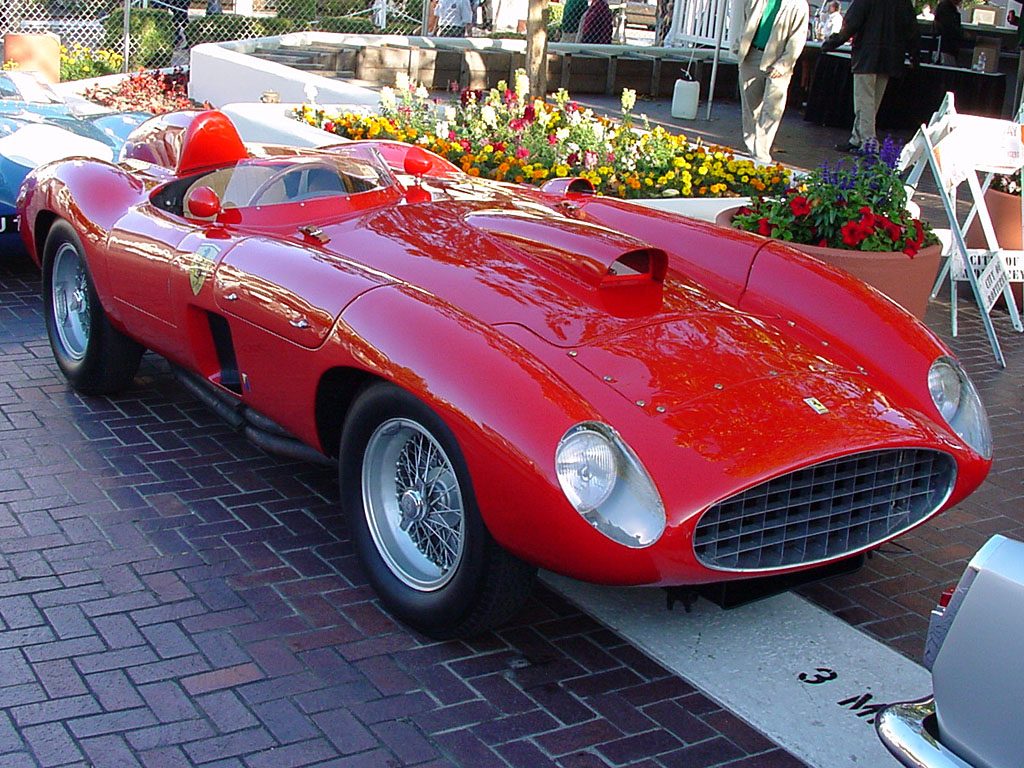 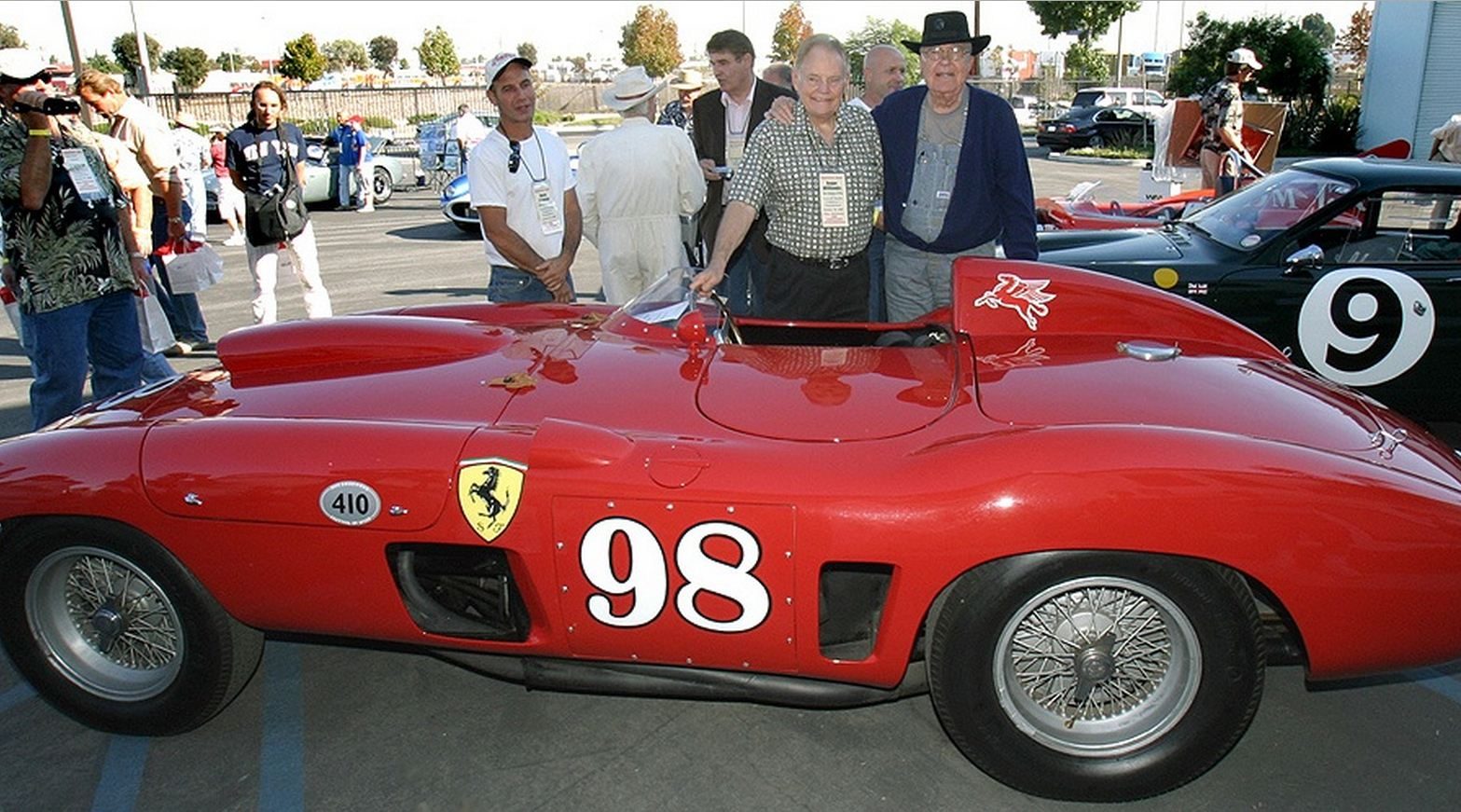 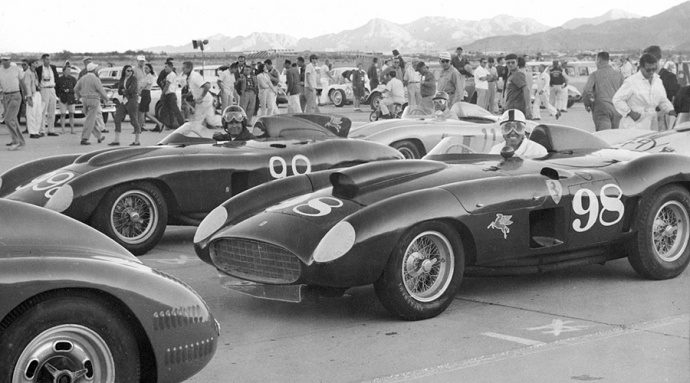 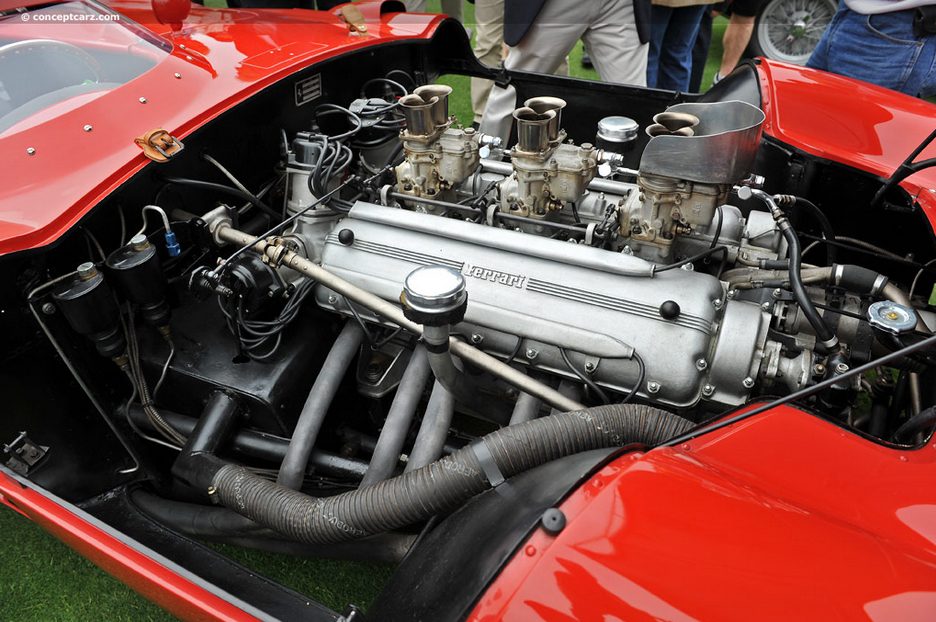 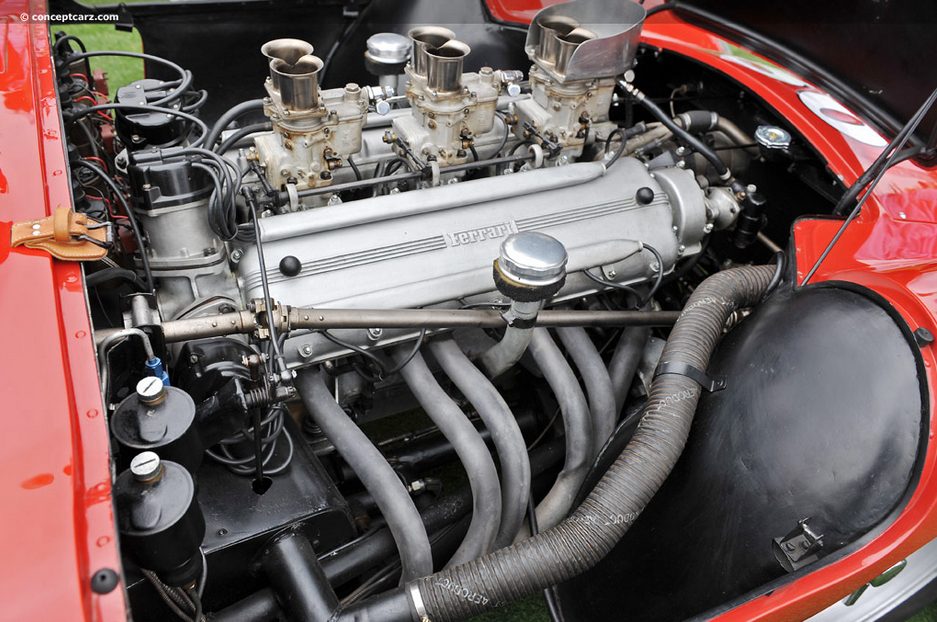 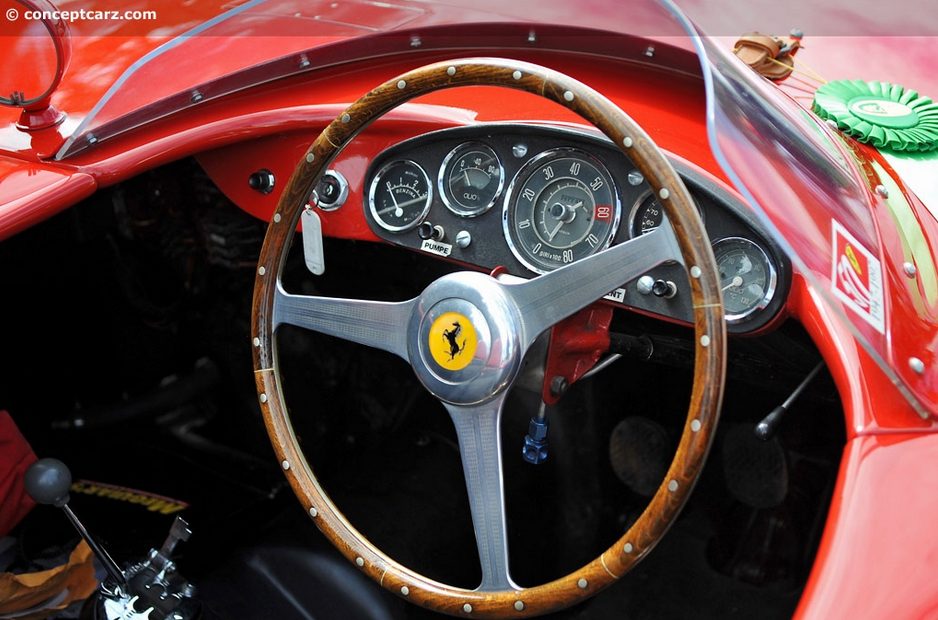 Also beautiful and in yellow... 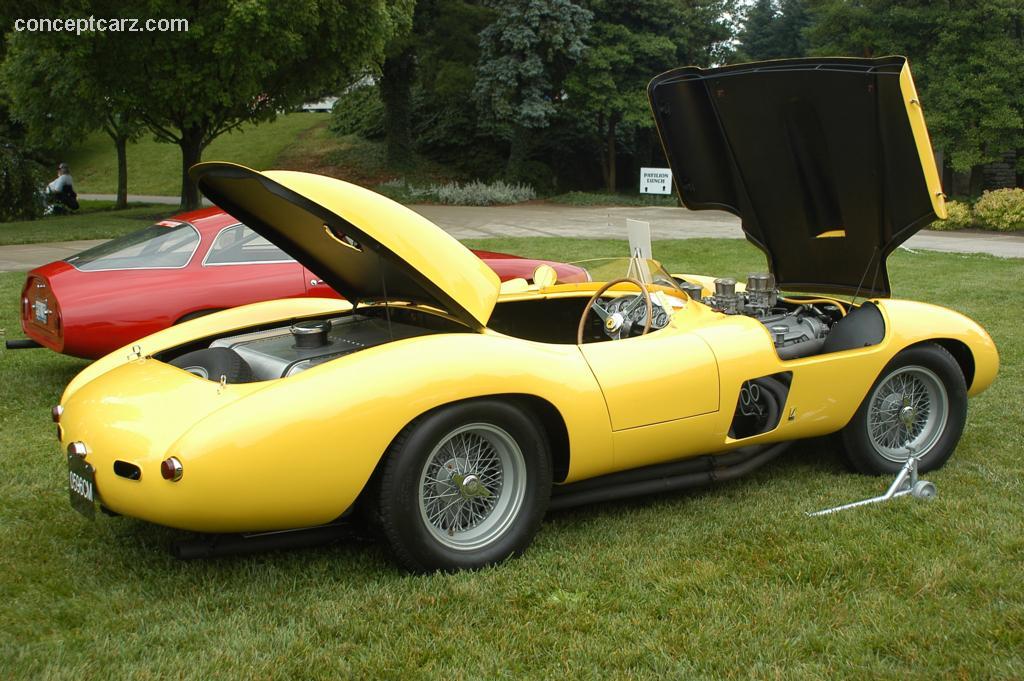 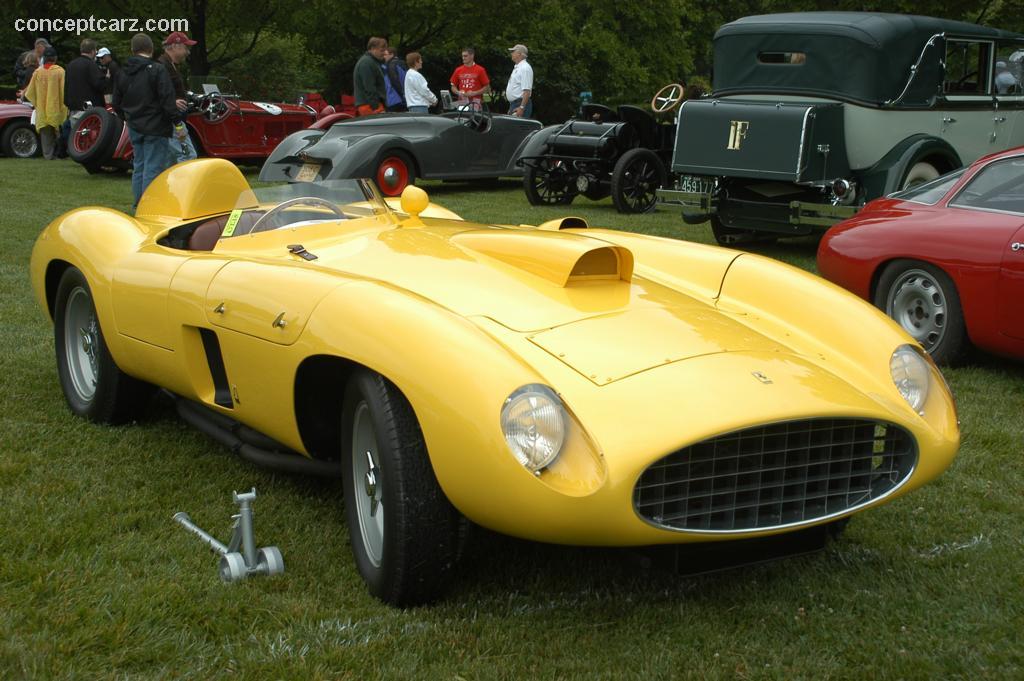 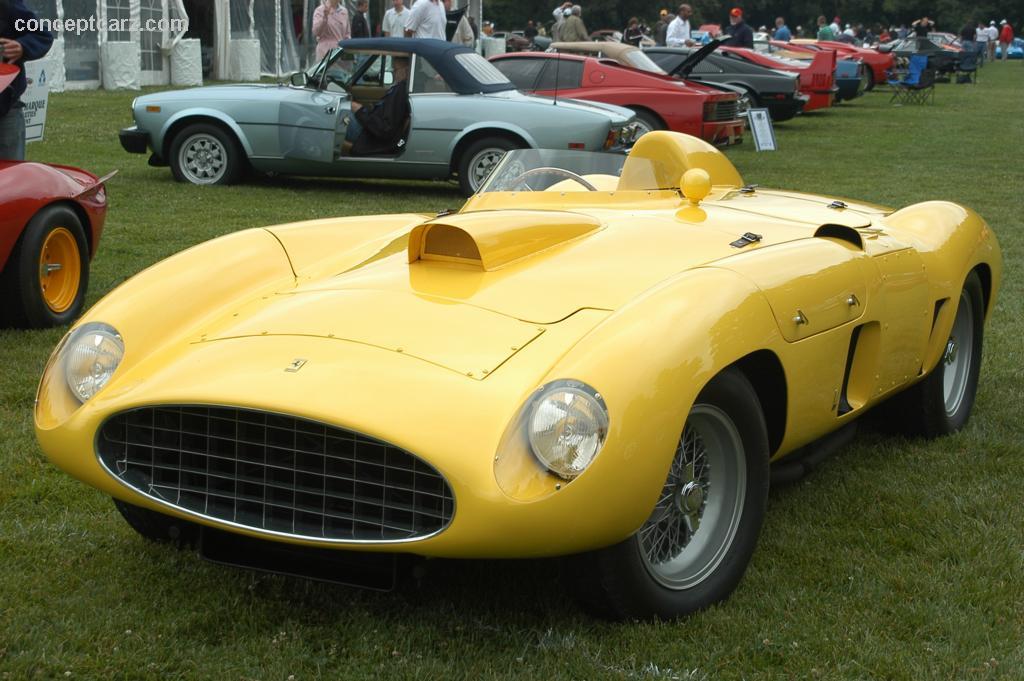 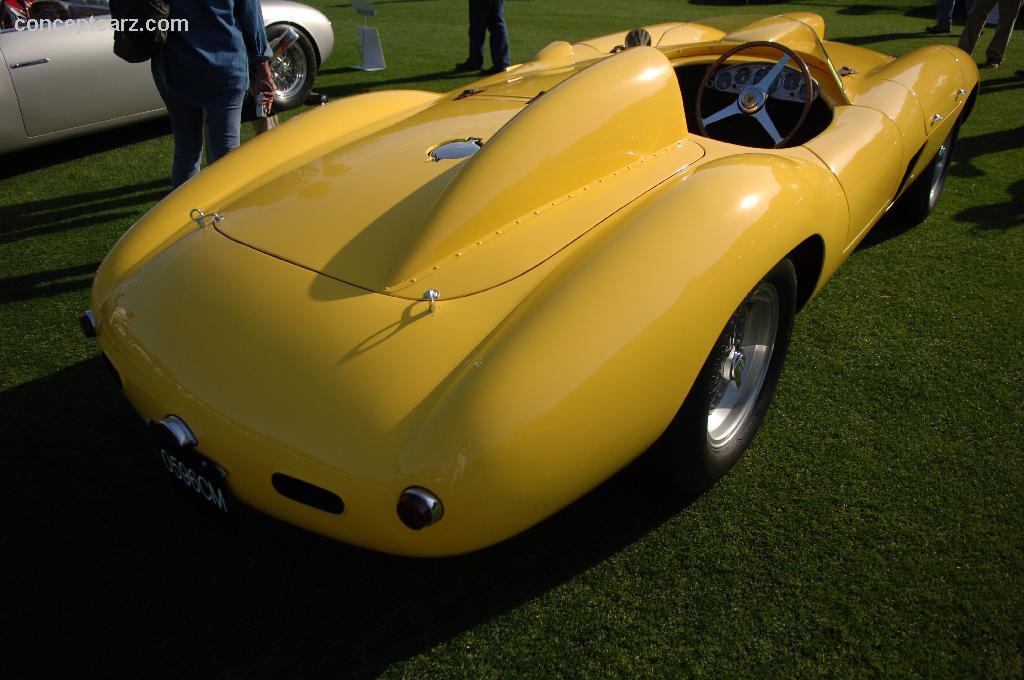 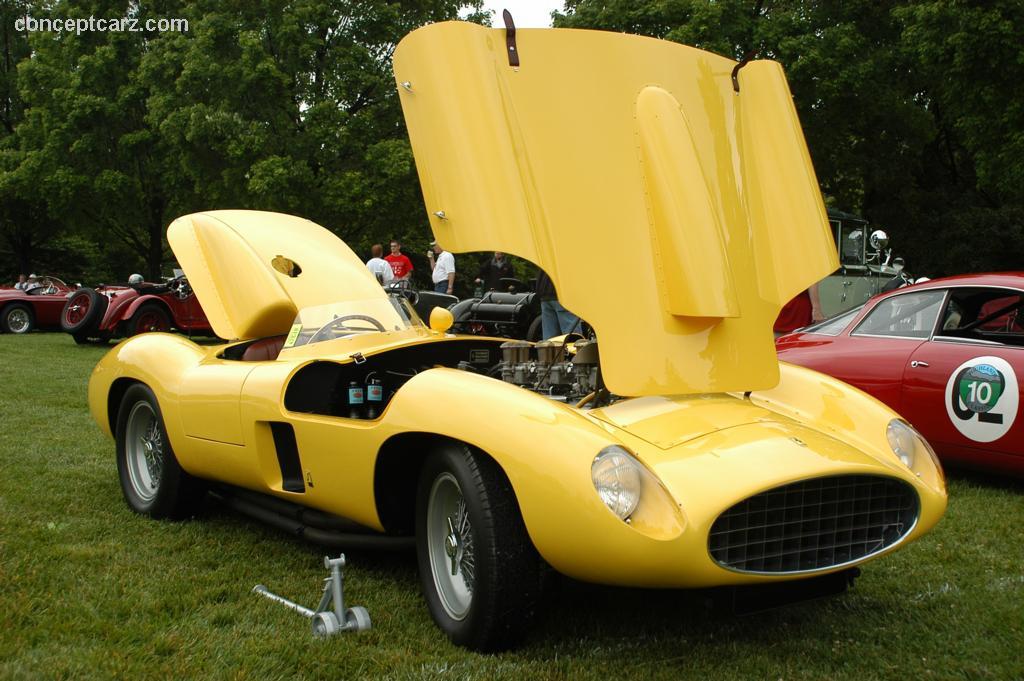 Hard to not appreciate a Lampredi V12 intended for racing. Dang things are few and far between compared to Colombo V12s and Lampredi 4s.