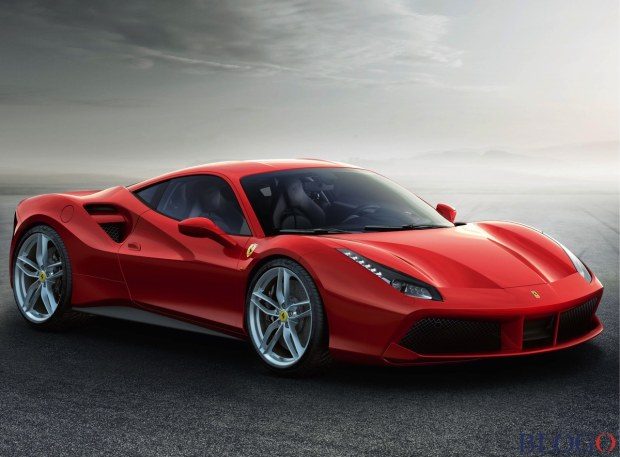 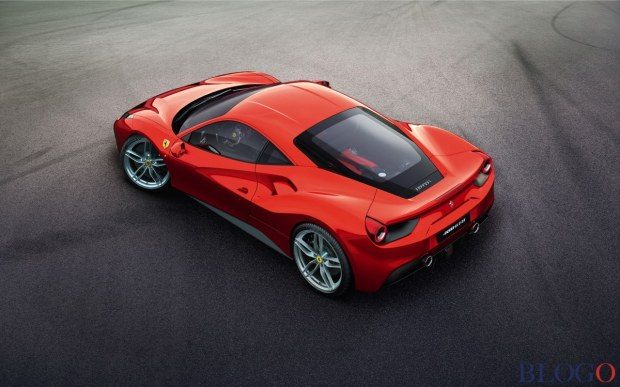 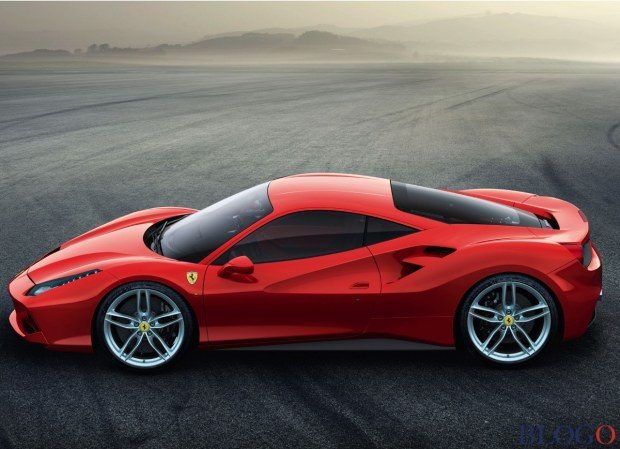 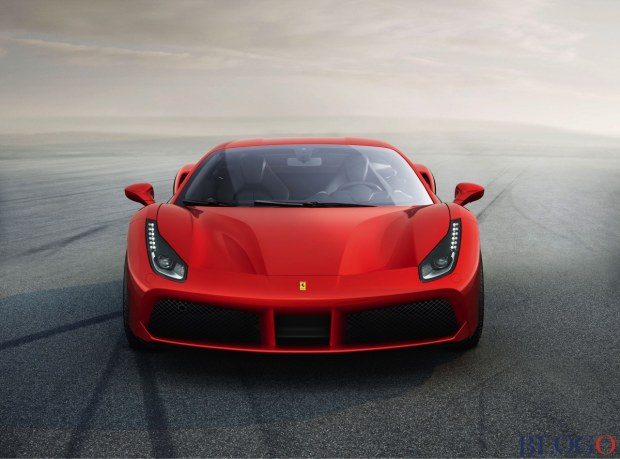 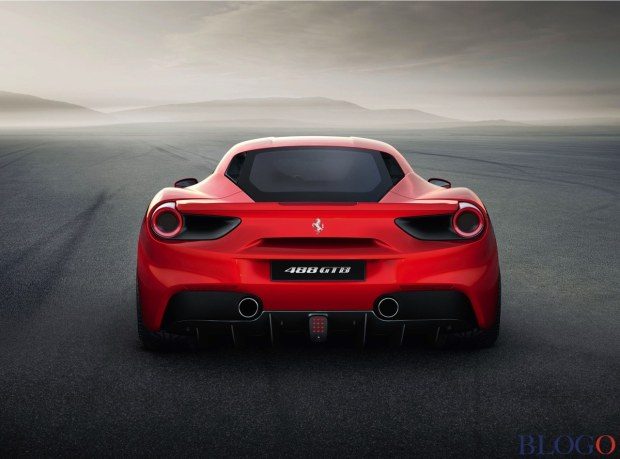 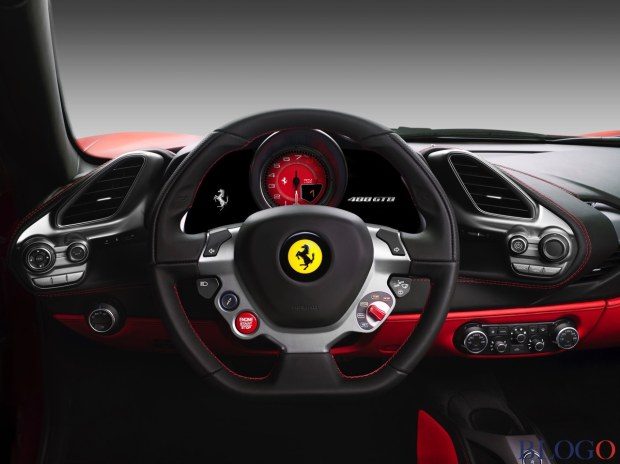 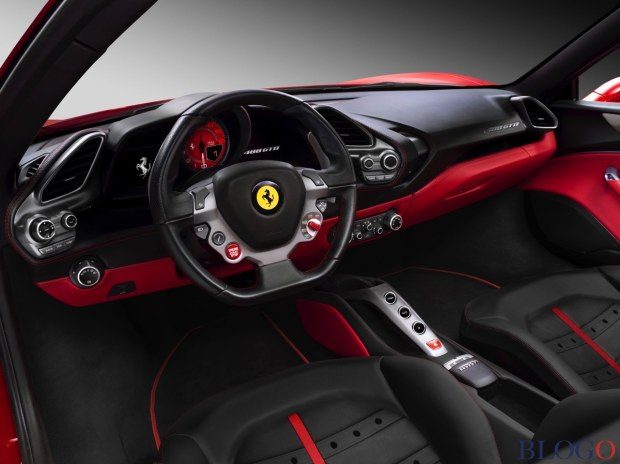 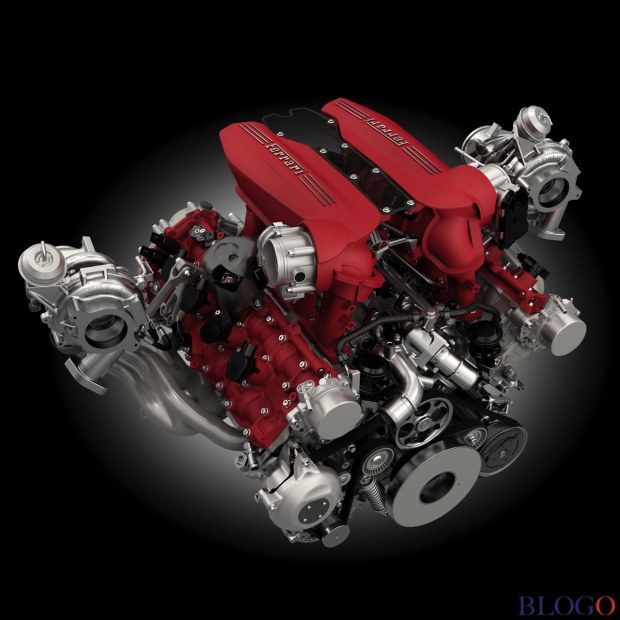 Welcome, everybody, to Ferrari's new supercar. This is the 488 GTB, a car that not only suggests there is no naming structure whatsoever at Maranello, but also brings turbocharging to the company's littlest supercar for the first time.

We'll suspend any shock or outrage, as that's been common knowledge since the California T landed. And to help ease any lingering anger, Ferrari has ensured its McLaren 650S-fighter has a shedload of power.

A 3.9-litre V8 may be over half a litre shy of the unit in the 458 it replaces, but with two turbochargers, it's quite a bit more powerful. Figures of 661bhp and 561lb ft stand up exceedingly well to its 562bhp/398lb ft predecessor, as well as that McLaren.

Ferrari uses lap times of its Fiorano test track as a performance benchmark; a 1m23s dead makes the 488 GTB half a second quicker than the Speciale, which in turn makes it two seconds quicker than both the standard 458 and the mighty Enzo.

With a 1370kg dry weight, the 488 GTB is 10kg lighter than the 458 Italia, and while it's a little longer and wider, the overall resemblance its obvious.

Its 260g/km CO2 emissions - a core reason for strapping a pair of turbos to a downsized engine - represent a 15 per cent drop over its forebear.

We're promised the throttle response and progressive power delivery for which Ferraris - and revvy N/A engines - are renowned, with something called ‘Variable Torque Management' built into the paddleshift gearbox to deliver the torque across the rev range, just like we sampled on the California T.

Peak power arrives at 8000rpm, dizzyingly high for a forced induction engine, and a suggestion the rev limit shouldn't be too far shy of the 458's screaming 9000rpm. We're also promised a soundtrack "that is full, clear and totally distinctive".

There are more than bald figures to be wowed by, of course. There's Ferrari's usual gamut of driver-flattering technology, honed using its ‘XX' track programme.

Most exciting is a second-gen version of Side Slip Angle Control, now working with the suspension's active dampers for greater precision. "The 488 GTB provides track-level performance that can be enjoyed to the full even by non-professional drivers", promises Ferrari.

Aerodynamics play a predictably huge role. The 488's underbody is flat, for greater airflow, while there are all manner of active flaps and spoilers. Aero's dictated the car's styling, too: just look at the aggression of that rear diffuser, the intricacies of the front splitter, and those rather eye-grabbing air intakes (with what look to be their own moveable flaps) just behind the doors.

Trust Ferrari to somehow make geeking out on air intakes cool. And hopefully we can trust it to replace the sublime naturally aspirated 458 with something turbocharged without stuffing it up.
Last edited by a moderator: Feb 3, 2015
N

This is just a render
E

Neddo
This is just a render
Click to expand...

Boooooooooooooring, I'm already too tired of the 458 Italia's looks.

..........Looks okay. Has hints from Ferrari TheFerrari here and there. That turbo motor however, now that's a keeper. Surely Forza gets this car first, just like the way they did with TheFerrari...

I don't really see anything special about it other than the engine...

It's basically a 458 with a few design elements from the LaFerrari really. I prefer how the 458 Italia looks to the Speciale and 488 but 100 more BHP should change my mind

I feel like they took people out of the 458 replacement design department, put them in the LaFerrari department to finish it, then when they came back they just decided to add a few vents, a few new lines, and call it good.

The original 458 Italia will always be one of my most loved cars. This 488 GTB is an awesome looking machine too and the rear is wonderful. The way the rear window line drops and continues to form a spoiler and exit through the slash at the back is fantastic.

I cannot wait to see this go up against the McLaren 650S / 675S. I would take this beauty any day though. Over to Lamborghini to see what it has planned to combat these monsters.

Its funny, i tried to take some pics of the 458 and suddenly decided it was ugly... and i love that car! I wonder if that is because now i have seen the updated design of this thing...

To be honest, this car looked horrible in the render pictures, but it looks awesome on the IRL ones and videos.