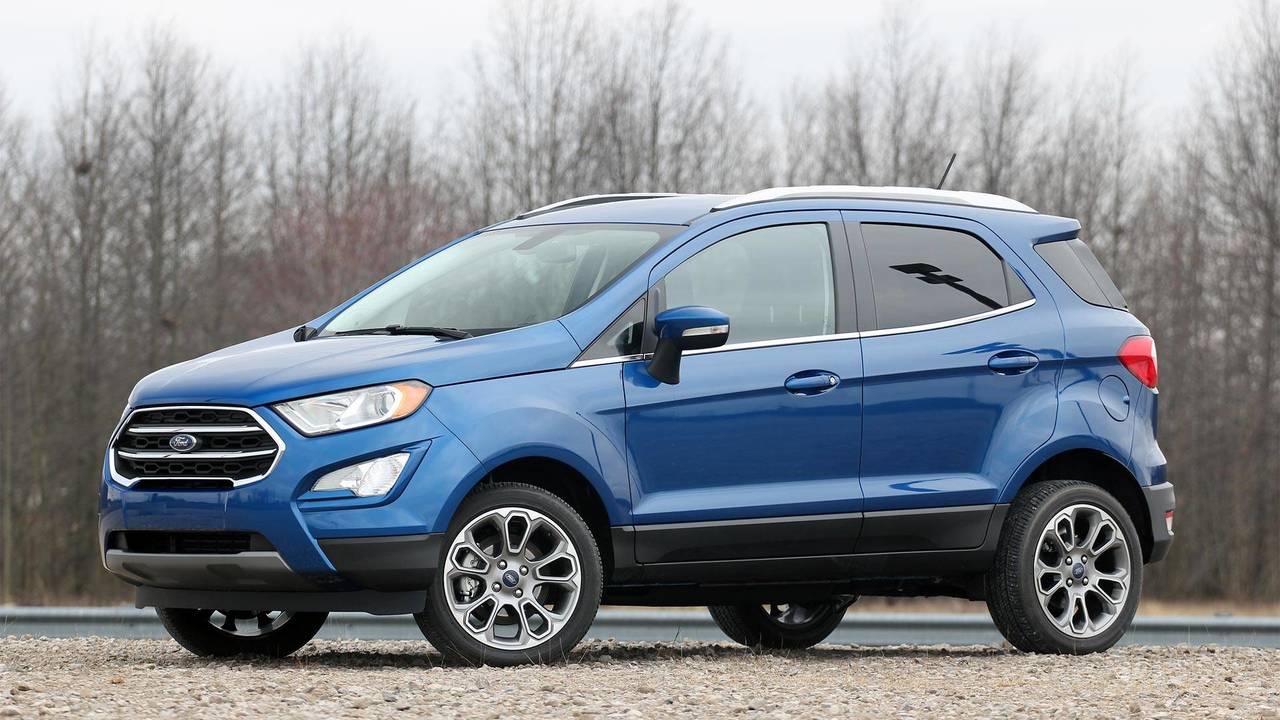 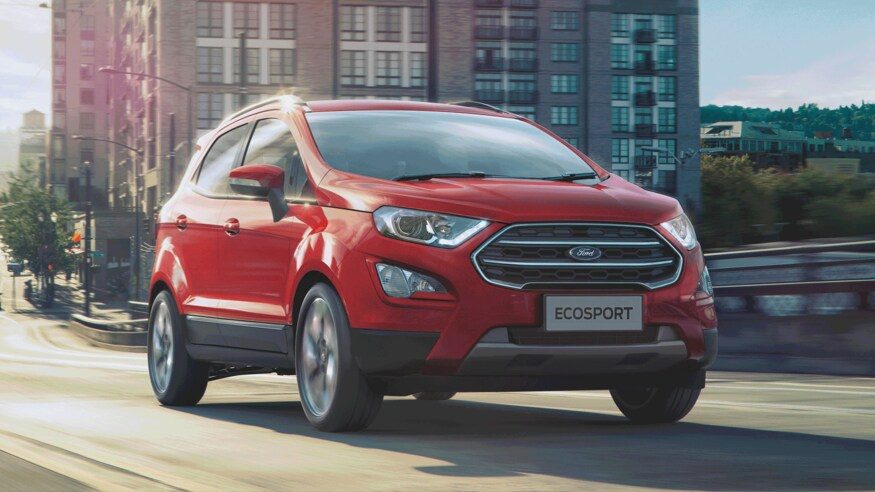 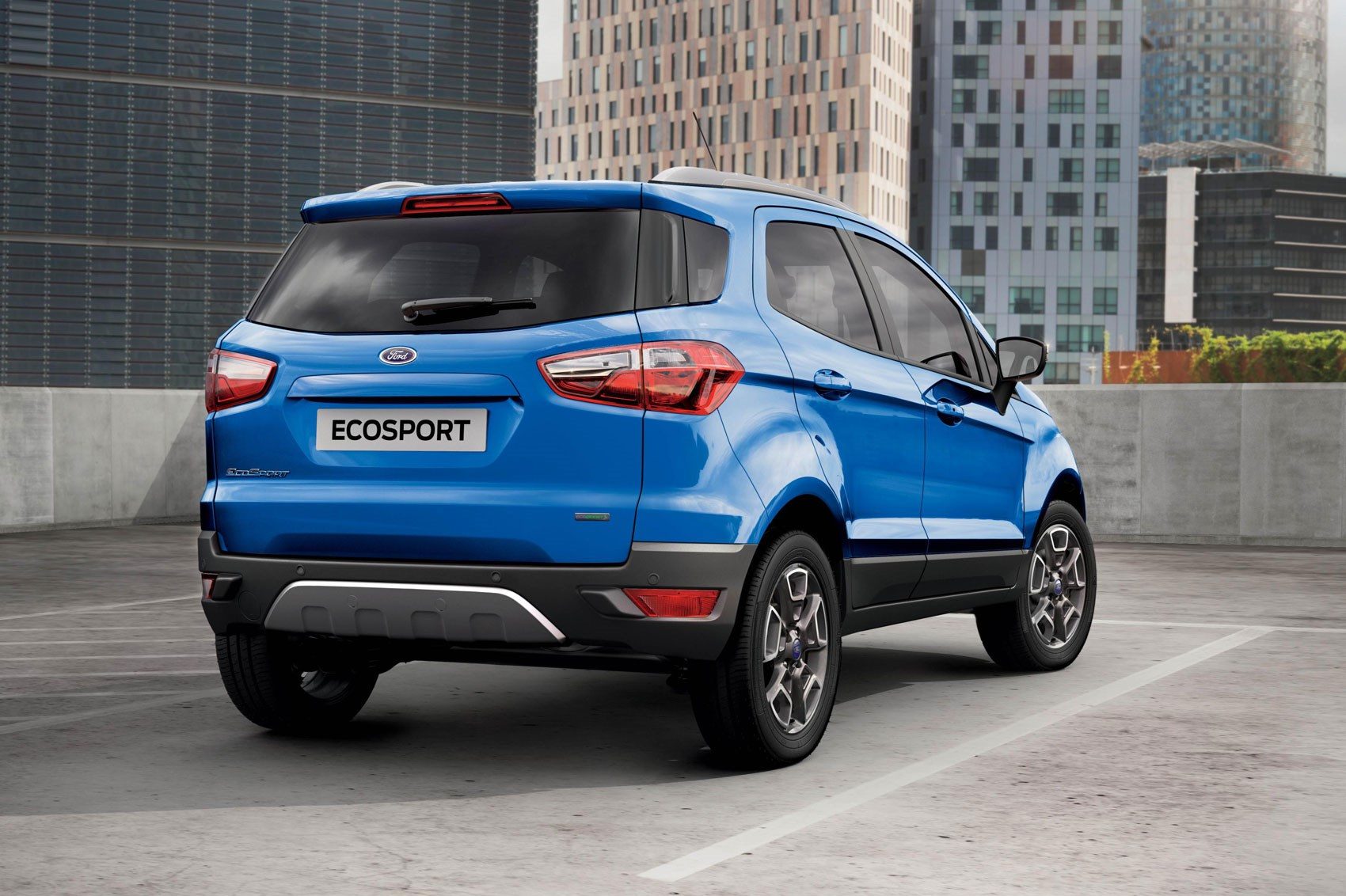 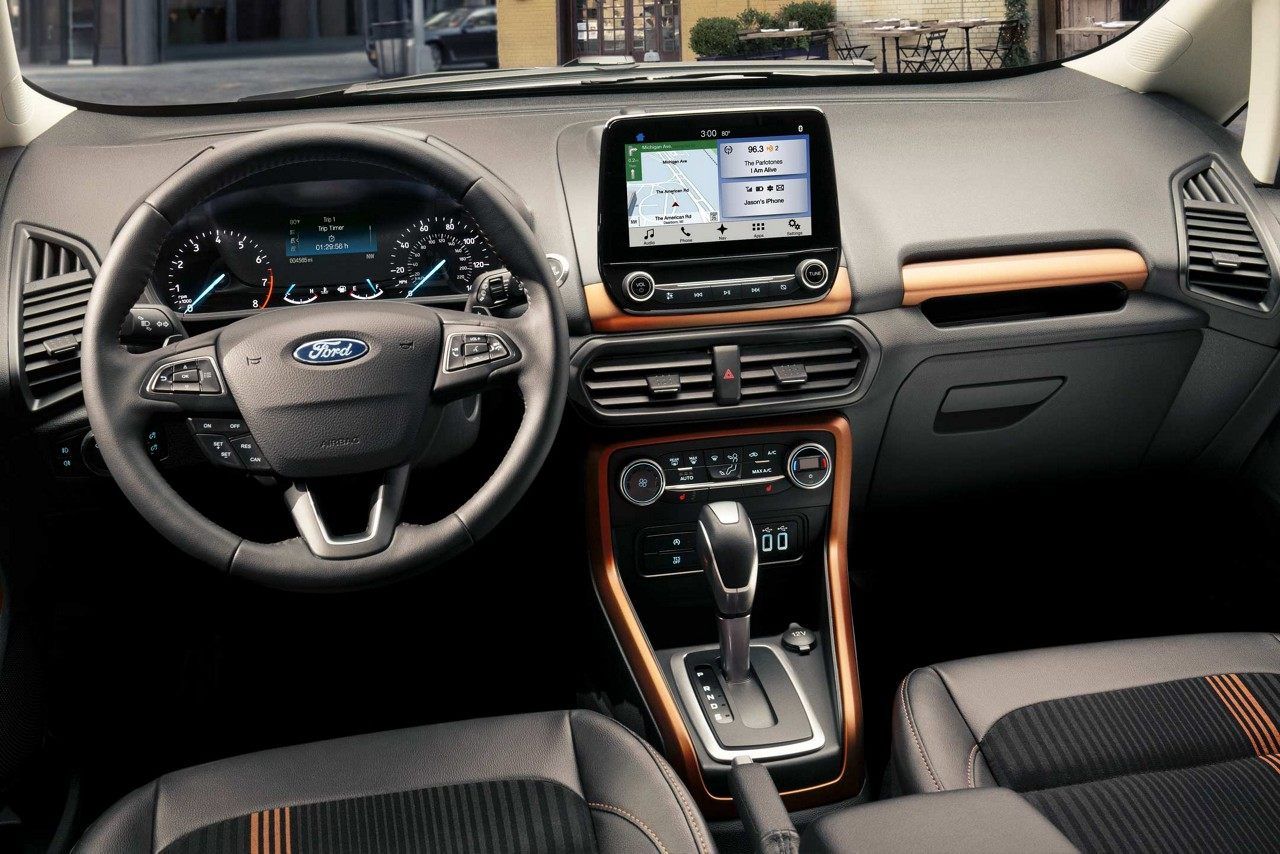 Probably one of my least favorite new cars. SU. It's so ugly and badly proportioned, and it has a stupid sounding name, and by most accounts I've seen it isn't a great car to have at all. Hopefully the next generation of these things is just a federalized European Puma or something. Bonus points if they change the name to "exit" or something. (Because what starts with "e" and is similar to an "escape" but smaller?)

Really, i don't see any type of "sport" connotations here.
I'm sure it's perfectly fine, but it's not cool at all, Uncool

I was always amazed that Ford sat on this piece of crap for half a decade, then made a big deal about how it's an all new car for the American market!

In Argentina there is an EcoSport "Storm".
But I still don't see too much sport, since it's just a 4X4 with minimal design changes... 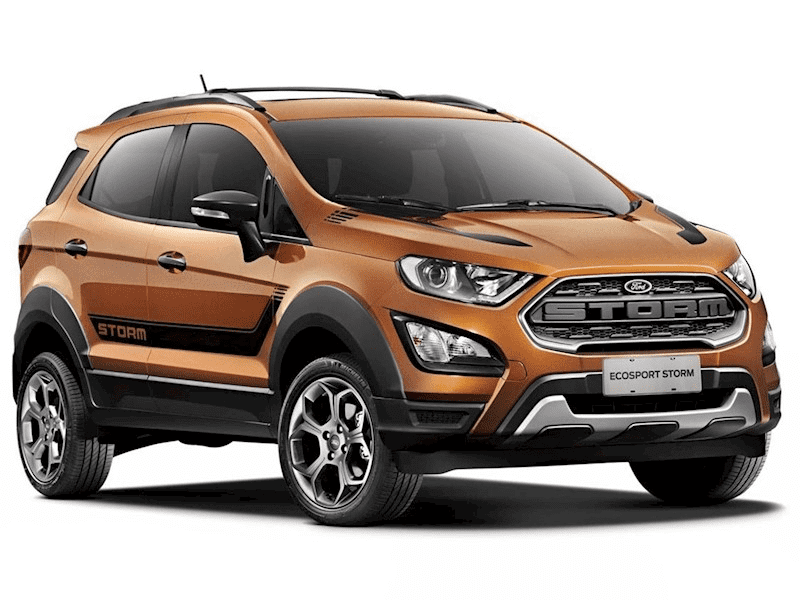 It's not too uncool to say SU, so I would say a low uncool.

The Ford EcoSport won't make you the coolest person in the neighborhood. How many people are going to get cool points for saying "I drive a Ford EcoSport!"? This is not an ugly machine, but it isn't particularly bonkers either. This is south of "Meh." My call in fact? Seriously Uncool (or SU). And those who try to make this cool are just trying too hard. I rest my case.

That is just plain ugly. And has a stupid name. SU.

Why are we still here, just to suffer.
N

not that eco not that sporty. SU

People say Ford's Malaise Era was in the 70s and 80s. I think it's present now.

My mom was thinking of getting one of these last year until she test drove one.

Cramped, uncomfortable, and rode like crap thanks to the extra short wheelbase. She ended up with a new Escape.

Expect more and more egg beaters like this with the increasingly strict CAFE rules.

Seriously uncool for sure.

My favorite is when I see one of these with the spare tire on the back like it's cos-playing some sort of real SUV. But ya, this thing is horrendous.
Last edited: Apr 27, 2021

conic
In Argentina there is an EcoSport "Storm".
But I still don't see too much sport, since it's just a 4X4 with minimal design changes...
View attachment 1007026
It's not too uncool to say SU, so I would say a low uncool.
Click to expand...

That faux-Raptor grille is so jarringly out of place I thought it was an aftermarket thing at first, but... nope. That's factory.

That aside, this thing has some serious "fleet/rental car" vibes, and nothing cool ever comes from anything with that particular aura about it. Not just Seriously Uncool, this is corporate-won't-buy-anything-nicer Stupendously Uncool.

Ford's similarly sized offerings in the UK are really not too bad, this is probably quite a nice little city car, and with the 2.0L not bad in the lanes either. But I hate it for reasons I can't fathom.

When the Ecosport first released here, the only real defining factor it had was that it had an external spare tyre on the hatch, which absolutely didn't fit a car that looked like a slightly taller, crappier Fiesta.

Okay, I actually didn't know the cool wall was still a thing.
As for the car, I put uncool, but I might have been generious. I've seen these in person and I still don't like how it looks. It's giving me that "car on stilts" vibe that I have an issue with CUVs in general. Probably because that's what it is, it's a car on stilts pretending to be some outdoorsy thing, but it's just a lifted hatchback.

I say I was generous because Ford in North America dropped their car models for these things, implying that they want to push for this as a car to replace the Focus. If I could change my vote, I would swap it to Seriously Uncool for that.

Without a doubt the worst compact SUV on the market in the US. Outdated, clumsy, poor ride quality, not good looking, and not even a good value. Hell, you would be better off getting an Outlander Sport.

Mounting a spare tire on the back hatch of these things is the only way you could get an actual spare tire. Without it, you don't even get a donut. Instead you get a can of Fix-A-Flat & an ultra cheap air compressor.

I've always been a fan of the EcoSport. Both the exterior and the interior are on point on this thing.

And yes, the thing with the spare tire is simply idiotic. Ford can do better, but they simply don't want to do it with this particular car/truck/SUV/whatever da hell this is.

It's a badly built Fiesta-on-stilts. There's nothing really more to say about it than that. At least with things like the CX-3 or Toyota CH-R there's some reason for someone to purchase one.

Also @Snikle the North American market car was largely the same as the rest of the world, and wasn't built in America if that's what the "Country" part is referring to. In fact it's imported from India.
Last edited: Apr 30, 2021

It's literally just a Ford Figo jacked up.

Meanwhile on Drivetribe's "Cool Wall" they give the REGULAR/NORMAL/BASIC FORD FIESTA a "cool"!

I drove one for a week on mostly rural roads in good summer weather (it was in Minnesota). I probably averaged 50-55 mph, with no need for excessive idling. I did need to wind up that 3-cylinder a few times to get onto another 55mph road, maybe twice a day?

Results: 28 mpg on the first tank, 29 on the second one. Meanwhile, I just got 29-31 mpg with the same engine (with a turbo) in the Bronco, and over a higher average speed. Not sure if the car was just messed up, or in its break-in period, but that was pathetic for a so-called fuel sipper.
Last edited: May 13, 2021