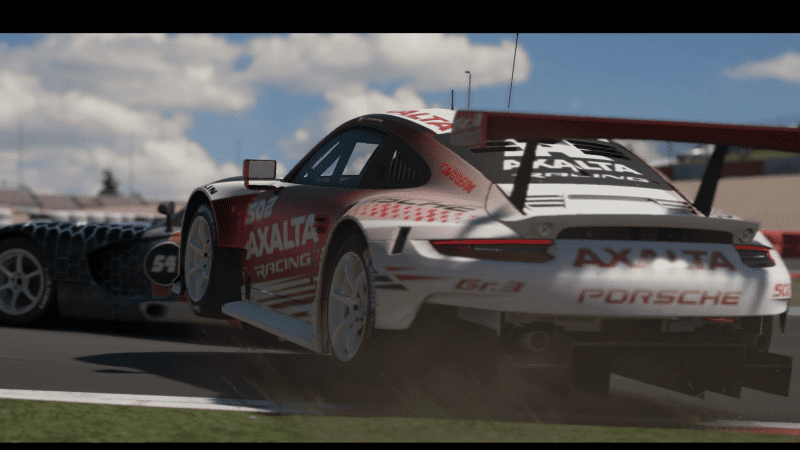 File An Incident Report
Drivers will have until 24 hrs after race to submit an IR to be reviewed for all series racing.

** When Filing an Incident Report, please make sure you upload the replay so we can find it quickly.**

ARL prides itself on being a clean, fun and competitive League, but as is the case with any level of racing there are always incidents that rise above what is allowable under the rules. We have revamped the IR system to make it easier for drivers and more intuitive for those filing, aiming to make it a more clear and transparent process when proceeding with an IR. Drivers will have 24 hours to file post race, and once the form has been submitted the driver will be notified within 72 hours of filing whether or not the incident rises to the level of supplemental discipline, this will include a full incident write-up for explanation. If it does not require supplemental discipline, no further action will be taken. If it does, the BoD will correspond with the at fault party with all subsequent communication. Penalties will be applied within 96 hours of initial filing. Under no circumstances should the driver who filed attempt to take matters into their own hands, be that in the thread, PM's or in game party chat. The BoD are here to handle that, and we do not want to create an aggressive or unwelcoming environment for any and all drivers. The same goes for those who have been filed upon. Any questions, comments or concerns can be directed to @SydViscus for clarification, feel free to PM him at any time. It never hurts to ask.

-3 points from driver if self-reported by responsible party

-5 points if not self-reported

-8 points from driver if self-reported by responsible party

-4 points from team if applicable

-10 points if not self-reported

-5 points from team if applicable

-10 Points from Team if applicable

Examples of Egregious Incidents: Any move considered to be taking revenge on an opponent for perceived wrongs, any incident resulting in damage to more than 2 vehicles additional to drivers vehicle where one driver is clearly at fault, Any overly aggressive move resulting in major damage to an opponent (Forcing off, Dive-bombs, Unsafe re-entry)


- No benefit for conceding your position as that is expected, though it can be considered in determining penalty if not abided by.

- Minor damage is a maximum of two body panels and/or two suspension springs.

- Major damage is anything exceeding two body panels and/or two suspension springs, or any engine damage.

- Points removed from team will be additional to those lost by driver (i.e. -8 points from driver, -4 points from team is -12 points to team total).

- Chat with Driver safety will be done at the earliest convenience to the driver before the next race, it will be closed to other league members besides the at-fault driver and the BoD. Failure to complete the meeting may result in a one race ban being applied to the at fault driver.

- One race ban will be applied to the next race in the series where the infractions took place.

- Penalties and bans will not cross over between series, though they may be considered in determining the need for or severity of penalties applied.