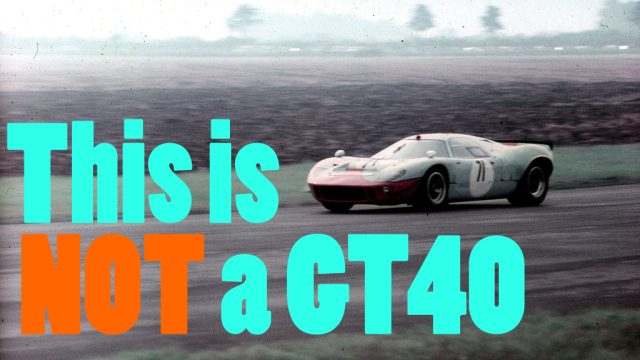 The Ford GT40, with its four consecutive wins at Le Mans, is one of the most famous racing cars of all time. The man who helped design the GT40, the man who brought home the last two Le Mans wins of the GT40’s career, also built another car – lighter, faster and almost completely forgotten.

In 1965, Ford was disappointed with the GT40. For three years they’d pumped money into development at their Ford Advanced Vehicle Operation in Slough, England and neither their 4.7 liter cars, nor their 7-liter big blocks had reached Ford’s goal of beating Ferrari at Le Mans. Even a tiny 1.6-liter Ferrari beat Ford’s 7-liter GT40 that year at the Nürburgring. Ford pulled the plug on their British operations and set up a program of their own leaving plenty of the leg work to Shelby and their Nascar partners.

The man who got dropped out of the equation was the British John Wyer. Ford had picked him to get the GT40 off the ground because he had an impressive record at sports car racing with Aston Martin, even winning Le Mans in 1959.

When Ford fired him from his job as team manager in ’65, Wyer kept racing GT40s under his own name. He’d helped design them, after all, and he stuck with campaigning and further refining Mk. 1 GT40s. What he was missing was money, so he got sponsorship from Gulf Oil (that’s where the blue and orange paint scheme on GT40s comes from) and started his own campaign to dominate sports car racing.

Wyer took a two-pronged approach at Le Mans and the sports car championship: he would race Ford GT40s and he would also race cars of his own design under the name “Mirage,” the first of which was the M1, the car you see here. It was very much based off the Mk. 1 GT40 Wyer was so familiar with, and it really doesn’t look that different asidefrom its narrower windshield and cockpit. In fact, the whole body was much more aerodynamic, and built with lightweight composite materials. Little canard flaps on the front of the car speak to the front-end lift that was so inherent of the high-speed, no-wings design of the GT40.

Even using GT40 engines, Wyer only built three M1 racers and they didn’t have a great competition record. They only raced for one year, 1967, and they only scored two wins: a very young Jacky Ickx, a man who would go on to rack up so many endurance racing wins that people started calling him “Mr. Le Mans,” scored brilliants and rain-drenched victories at the Paris 1000km and at the treacherously fast Spa circuit. That was when the race was still run on public roads, surely one of the fastest road courses of all time.

The reason why the car was only raced for a year was that the people who made the rules and regulations for sports car racing abruptly changed the definition of what was a “prototype” race car and what was a production sports racer. The big block GT40s that Shelby used to win Le Mans in 1967 were too large, as was the 5.7-liter Mirage M1.

The trick was that there were enough of the smaller-engined Mk. 1 GT40s around that they qualified as sports cars, so John Wyer took his GT40s back to Le Mans in 1968, using some of the refinements he’d learned while developing the Mirage M1 and he won the championship and Le Mans.

The next year he returned with the exact same car and won Le Mans again.

Though Porsche put him in charge of one of the three semi-factory teams campaigning their legendary 917, it took until 1975 for Wyer to win Le Mans again. This time the combination of Ford V8 power, Gulf sponsorship, and Jacky Ickx came good at the 24 hour race with the Mirage MR8. That win made Mirage one of only two independent car manufacturers to win at Le Mans since the race restarted after WWII.

Only one Mirage M1 survives today (the other two were converted into GT40s), carrying the legacy of a man who reached the highest level of achievement in endurance racing, even after being fired from the biggest team in the sport. If there was ever a car to celebrate the independent spirit of classic motor racing, it would be this half-forgotten Mirage. 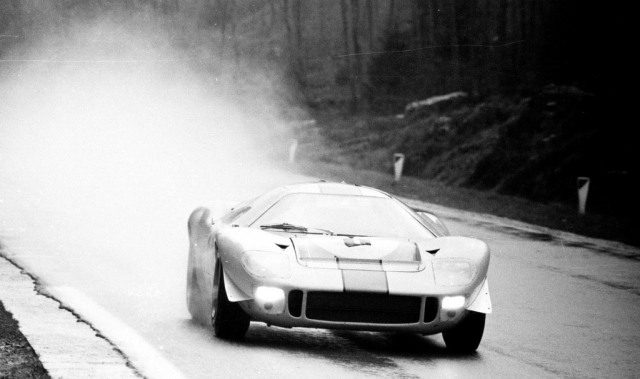 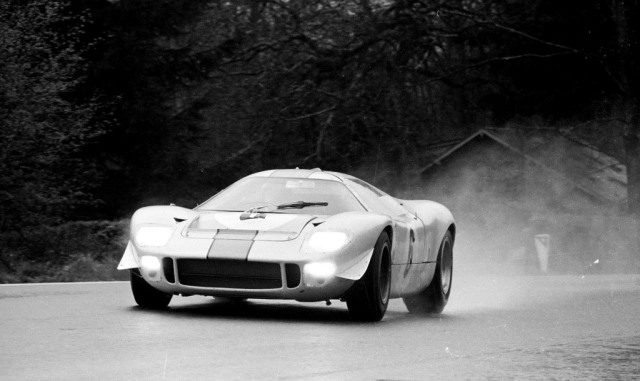 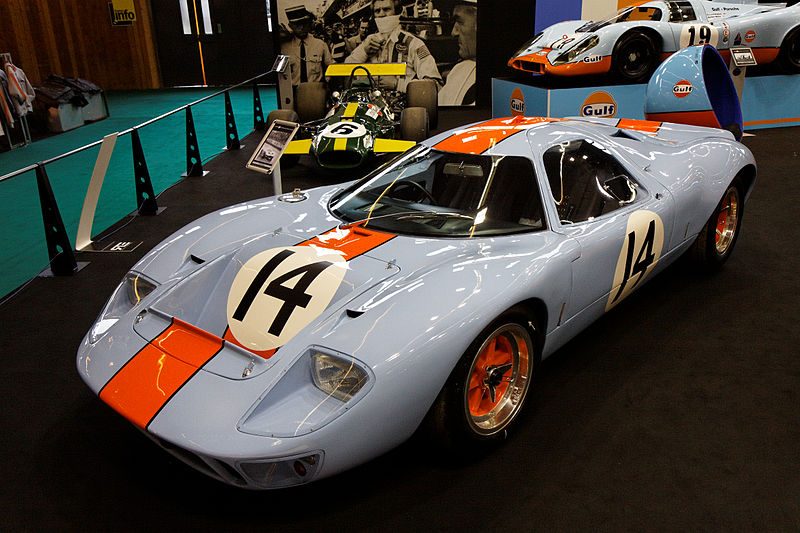 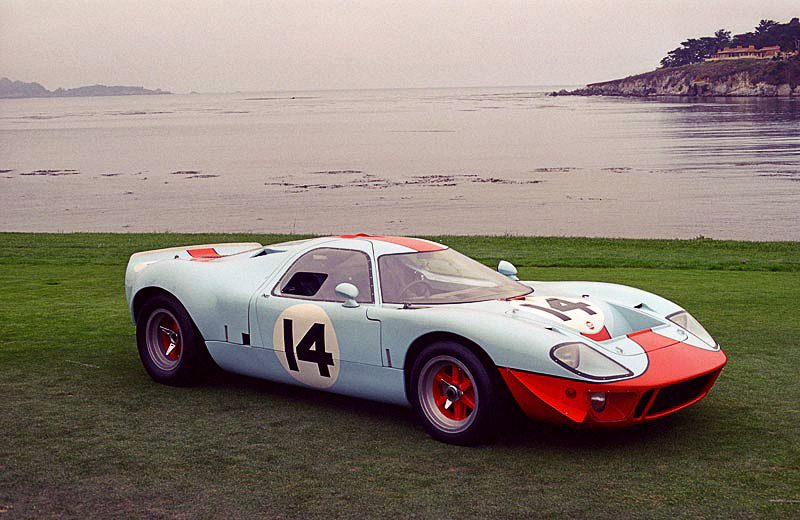 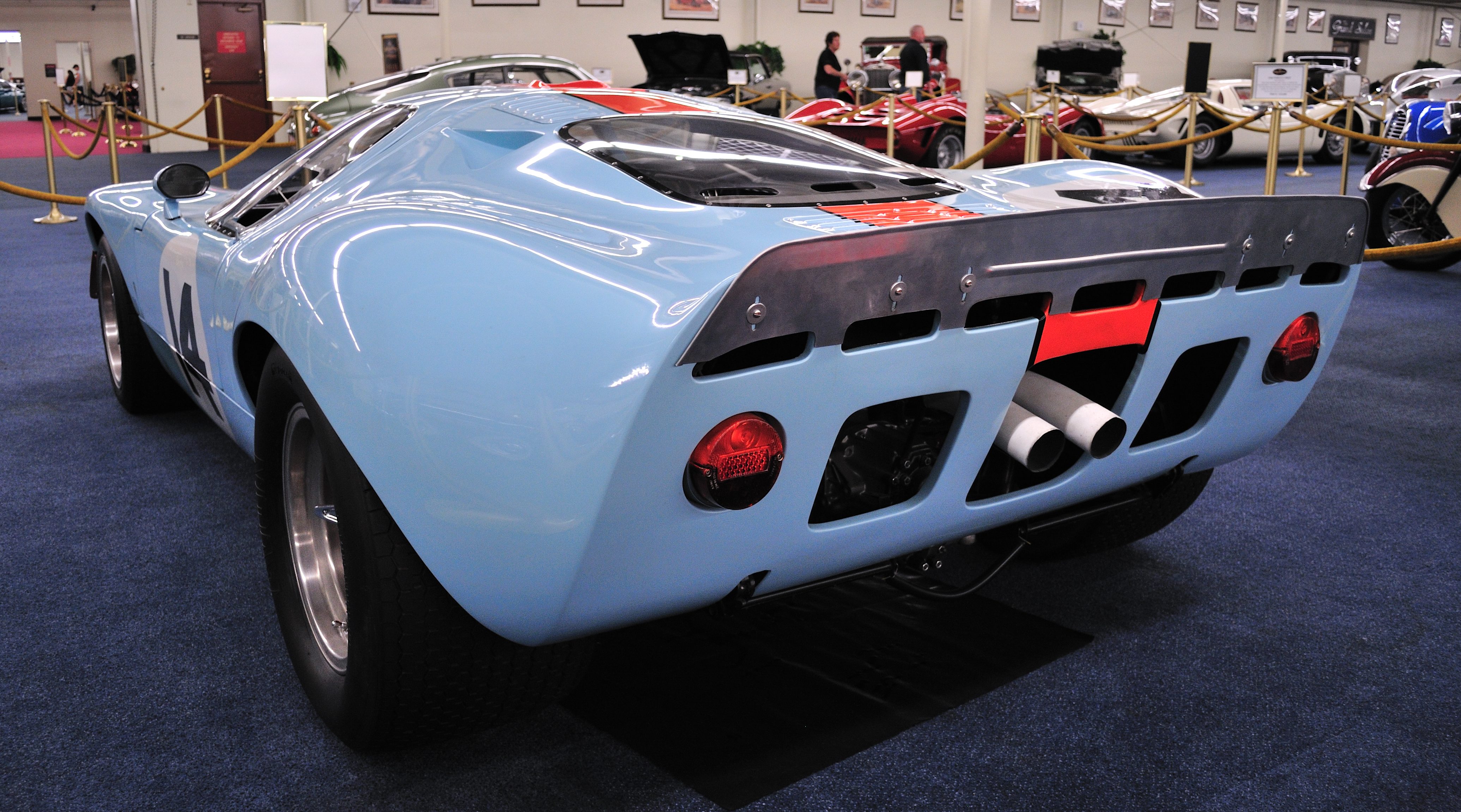 ....Interesting car. Defo gets my vote. No power figures? That's a bit disappointing - might as well assume it makes a similar power figure to mk.1 GT40s, that 5.7 V8 notwithstanding.

JKgo
....Interesting car. Defo gets my vote. No power figures? That's a bit disappointing - might as well assume it makes a similar power figure to mk.1 GT40s, that 5.7 V8 notwithstanding.
Click to expand...

Added power and weight figures, couldn't find any initially. About the engine, it originally had the GT40's 4.7 V8, but it was replaced with a Ford 351 5.7 V8 by the time it first raced.