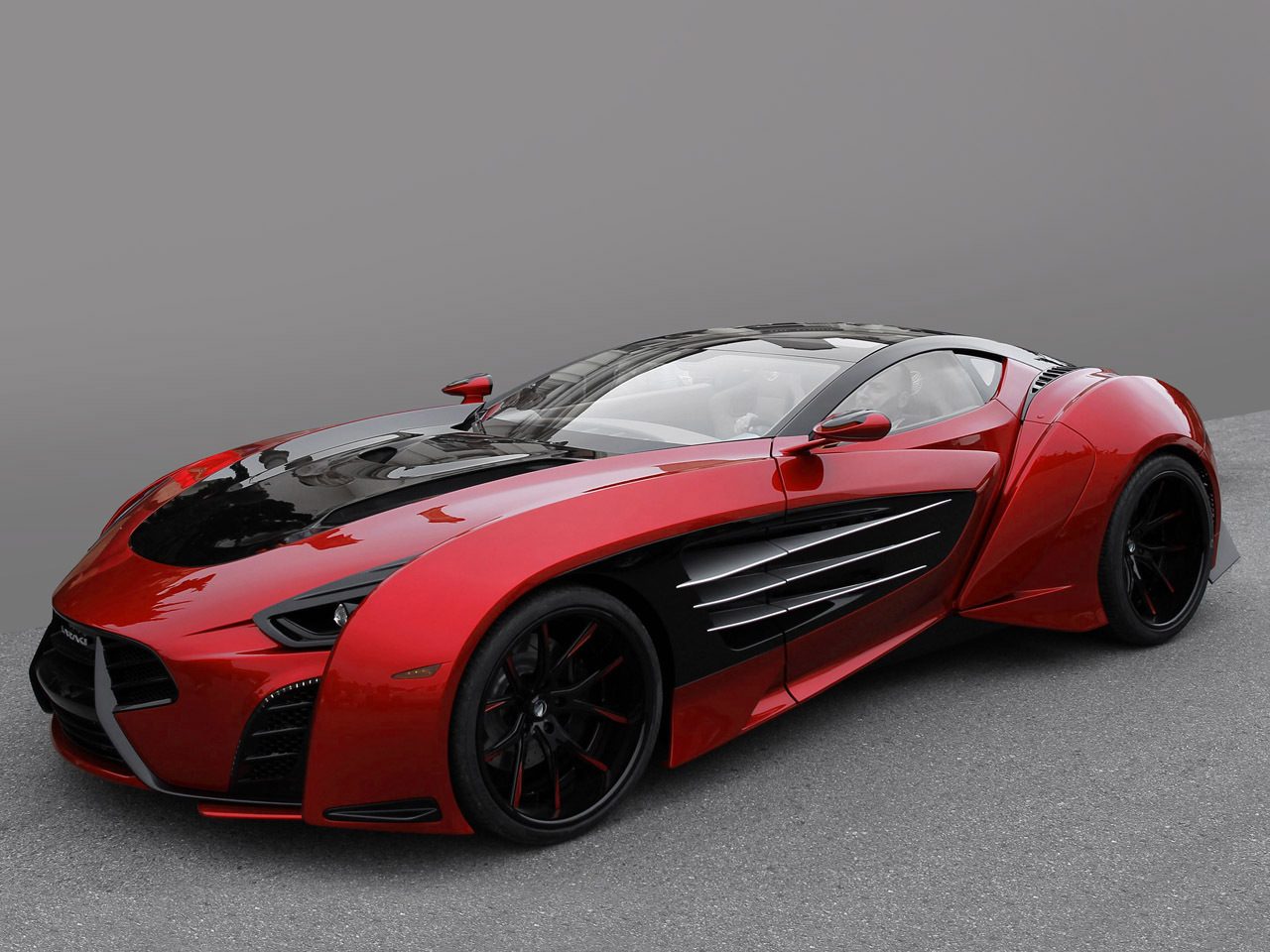 Yacht and automobile designer Abdeslam Laraki produced two concept cars in his native Morocco before his company ceased operation in 2008. He has now re-established Laraki in California and launched the $2-million Epitome at the 2013 Pebble Beach Concours d'Elegance.

The striking Epitome is based on a sixth generation Corvette platform and features a twin-turbocharged V8. Displacing just over 7-litre, it is reportedly capable of 1,200 bhp and as much as 1,750 bhp on 110 octane gas. The striking, futuristic exterior is completely crafted in carbon-fibre composites, which helps keep the weight down to just 2,800 lbs.

Laraki Designs California intends to build nine examples of the Epitome, while in the meantime also developing additional models. 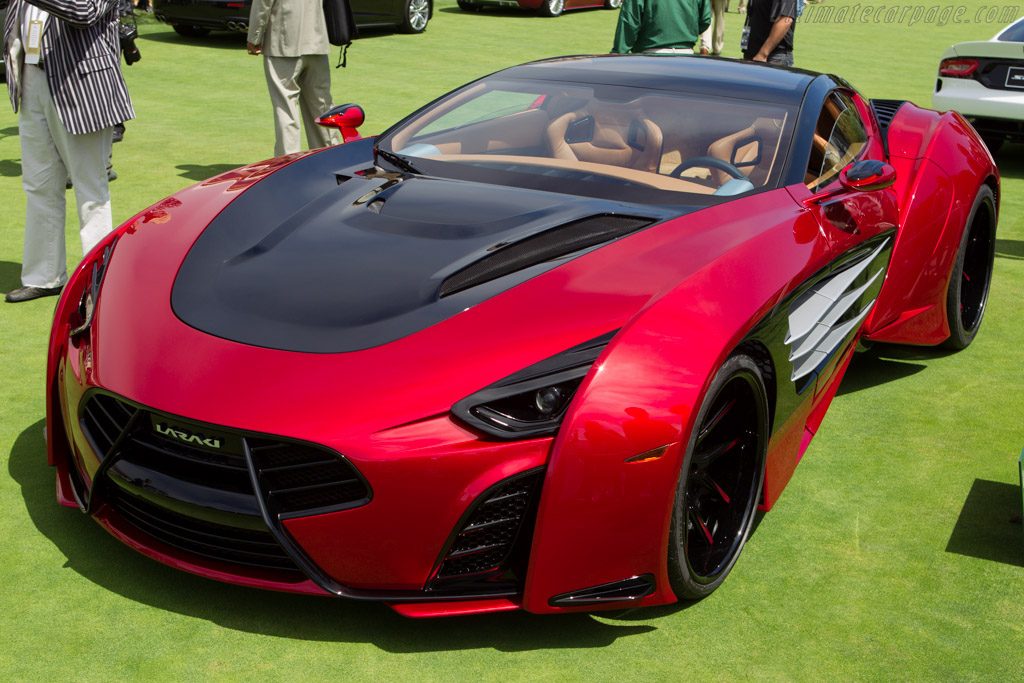 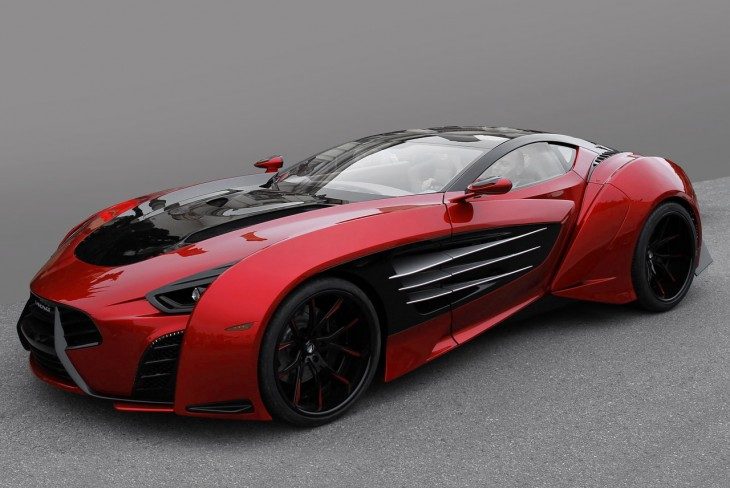 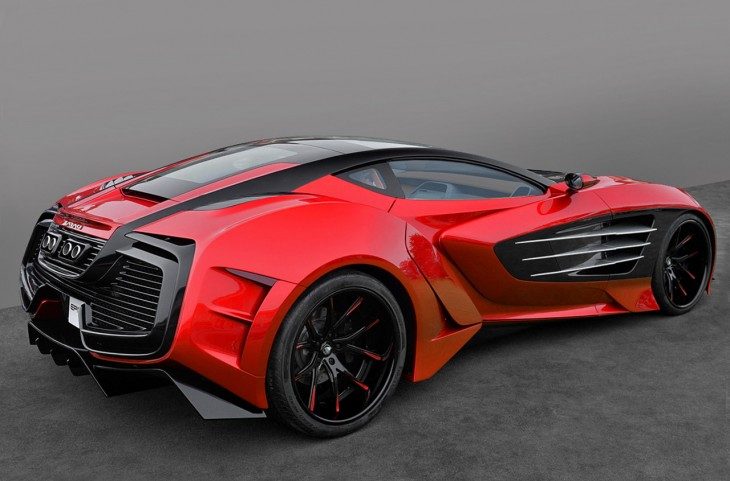 Powering the Laraki Epitome is a heavily revised version of Chevrolet’s 7.0 litre V8. All the engine internals have been upgraded, and a couple of turbochargers bolted on for good measure. Lakari say that the engine is good for 1,200 horsepower on regular gasoline. But that’s not the end of the story. It has two gas tanks. One for normal pump gas, the other for 110 octane fuel. At the flick of a switch the Epitome will start to consume a combination of the two fuels, while at the same time the ECU map changes to make the most of the more potent blend. When using the higher octane fuel the Epitome’s engine produces a massive 1,750 horsepower.

Laraki say they only plan on building nine examples of the Epitome, each costing $2 million. But as this is the third time the company has tried to get a supercar into production, don’t start writing those checks just yet. 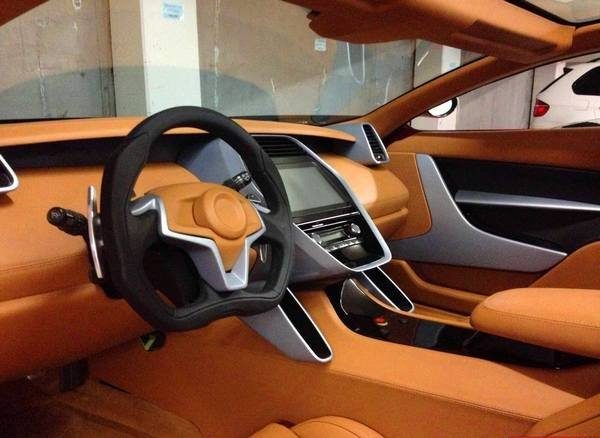 Overkill, i like it!
(by "overkill" i mean very exotic)

The Aston Martin One-77 meets Transformers. I feel bad for mentioning Aston here in relation to this horrendous machine.

Why is the steering wheel melting? Nice figures but it is seriously and horribly over-designed.
Last edited: Jan 29, 2015

wasn't this on Top Gear a few years back and they laughed at the "we will not stop until this is produced" bit at the end of the spec sheet?

Hey dude this car has already been suggested
https://www.gtplanet.net/forum/threads/laraki-epitome-concept.300603/#post-9792201

GBalao888
Hey dude this car has already been suggested
https://www.gtplanet.net/forum/threads/laraki-epitome-concept.300603/#post-9792201
Click to expand...

Actually, he posted it first, look at the post date.

Not Bob, he can't fit in with a helmet.

Could be the first African car to be featured in the game.

SupremeLeader
Could be the first African car to be featured in the game.
Click to expand...

Yes, and it would be a hell of a car!