After probably years of looking for news and waiting for those rumors to be true. We( xbox users) get MVC2 and a demo of Bionic Commando. While PS3 users get the demo for MVC2 and not Bionic Commando

Arcade brawler gets slated for rerelease with online multiplayer; demo to arrive on Sony's system this Thursday.
After months of speculation and rumor, Capcom today finally revealed that it is indeed planning to rerelease the arcade fighter Marvel vs. Capcom 2: New Age of Heroes as a downloadable game for the Xbox 360 and PlayStation 3. A countdown site for the game expired this evening, officially confirming that the game is on its way to the current generation of systems. 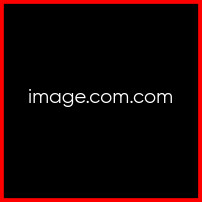 Ryu is having a very bad day.

While the game won't feature the HD Remix treatment given to Super Street Fighter II Turbo last year, it will include one notable extra in the form of online multiplayer. In fact, Capcom said Marvel vs. Capcom 2 on the Xbox 360 and PS3 will feature "the same great online experience" from that title and will have the same visuals as the original game. None of the game's previous North American releases (PlayStation 2, Xbox, and Dreamcast) included online multiplayer, although at one time the feature was originally announced for the Xbox edition. Additional tweaks include an optional visual filter to hide some of the game's blemishes in high definition and a "quarter match" online mode that allows a group of four spectators to chat while two others fight it out.
The game isn't set for release until this summer, but PS3 owners won't need to wait that long to put it through its paces. A Marvel vs. Capcom 2 demo is set to hit the PlayStation Network this Thursday. The sample includes six characters (Ryu, Chun Li, Strider, Spider-Man, Iron Man, and Wolverine) and an array of backgrounds.
Click to expand...

>Link<
I am probably goin to get some points for this and wait for a bit to spend it.
V

definately getting this when it's out. I had it for Dreamcast (copied version but worked perfectly). But i left the dreamcast and it's Gems when i moved from nyc to florida.

. This will be a good chance to re-cap some of that greatness.

I wonder if we can transfer our PS2 savegame to ps3? Going in and out of the shop menu for the character unlock "lottery" is HELL.

I am looking around that some people say that all the characters are unlocked...Though I also hated going through that.

So far its going to be released on the 29th of June ( well the week of it).

Capcom: Marvel vs. Capcom 3 'not part of deal' to re-release MvC2

If you're thinking the pending digital release of Marvel vs. Capcom 2 is any indication that the path is clear for "Marvel vs. Capcom 3," think again. "The short answer is no, that's not any part of this deal," Capcom's Seth Killian lamented to Joystiq at a media event yesterday. "What we're hoping is that if people get really juiced about this title, and we can show Marvel that there's a lot of heat behind this, then they'll open up the door for us to do something with '3,' which is something we'd love to do." For now, licensing issues are preventing further developments.

The same is true for a North American release of Tatsunoko vs. Capcom. "It's a lot of 'dance with the lawyers' on that one," explained Killian. "The rights holders for Tatsunoko in Japan are one company, but in the U.S. it's ... 13 companies -- and some are very attentive and some are not." So if you've been holding your breath for this one, you might want to consider coming up for air.

Killian also told Joystiq that Capcom is considering releasing Marvel vs. Capcom 2-branded arcade sticks (à la the popular SFIV controllers). "It's a discussion ... we would love to make it happen. If you saw the 'leak' of those MadCatz sticks, that was actually B.S. That was a complete fabrication, but it's something we would love to do."
Click to expand...

Link to the Article 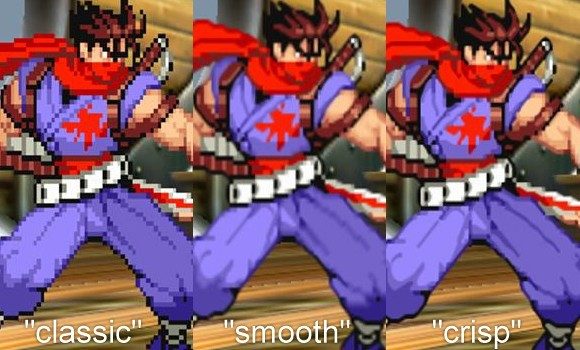 This game is going to be sick online! Capcom have been making all the right moves with their new games and classic games! C'mon Capcom, with all that wealth you guys got to somehow pump out Marvel vs Capcom 3 with SFIV graphics!

I heard that they lost the rights to the Marvel characters, so that's why they never made a MVC3
L

nk4e
I heard that they lost the rights to the Marvel characters, so that's why they never made a MVC3
Click to expand...

Yea I have heard about that too, but somehow I still find a way to daydream about it. Perhaps Marvel will have to find a new "Marvel vs (Fill here)" type of game with MVC2 type of gameplay.

You mean Capcom will have to find a new Capcom vs. something.

Omnis
You mean Capcom will have to find a new Capcom vs. something.
Click to expand...

I am not sure right now if that game will be any good. Reading about it being a Wii exclusive is a big turn off to me. My Wii must be crying in the corner right now since I haven't even turned on the thing in over a year.

we're waiting for the PS4

I think the last time I saw MVC2 was when it was on Deamcast! you guys got lucky

Sniffs
I think the last time I saw MVC2 was when it was on Deamcast! you guys got lucky
Click to expand...

It was rereleased on PS2 and the Xbox though they fixed a few things for those versions. Alot of major players like the Dreamcast and Arcade version.
L

nk4e
It was rereleased on PS2 and the Xbox though they fixed a few things for those versions. Alot of major players like the Dreamcast and Arcade version.
Click to expand...

What were those fixes on the PS3 and Xbox versions?