At the (January) 2002 Tokyo Auto Salon there was a "new" Cosmo! Styled to look like the original Cosmo on this page, it is in fact an MX5(Miata) with a body kit plus an RX8 engine - I understand that it was built by "Mazda Sangyo" which seems to be a subsiduary company that does engineering work, ambulance conversions etc.
I suspect that the "21" means 21st century, because it isn't the 21st anniversary of the original Cosmo. (But, I don't know exactly why they picked 21). The exterior styling has definite Cosmo cues, but the original definitely looks leaner. The interior is nothing like it except the fabric on the seats.

Rumour has it that the Cosmo 21 is going on sale in Japan (hmmm.. it looks too over the top to be anything but a show car, but there have been a lot stranger Japanese cars than this in the past), great news if it does as there might be hope for a rotary MX5. At the show there was also a new Coupe version of the MX5 with a non-removable roof - a rotary MX5 coupe would be close to the original RX7 in concept. 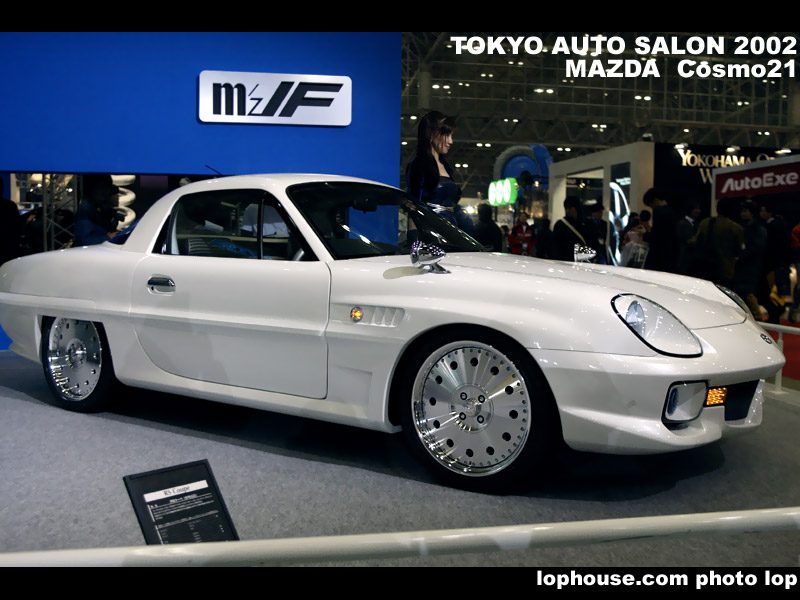 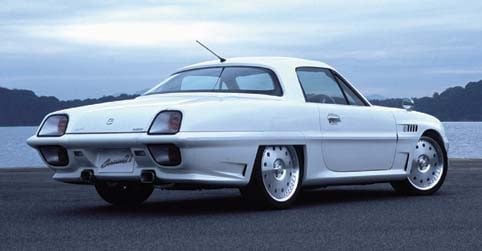