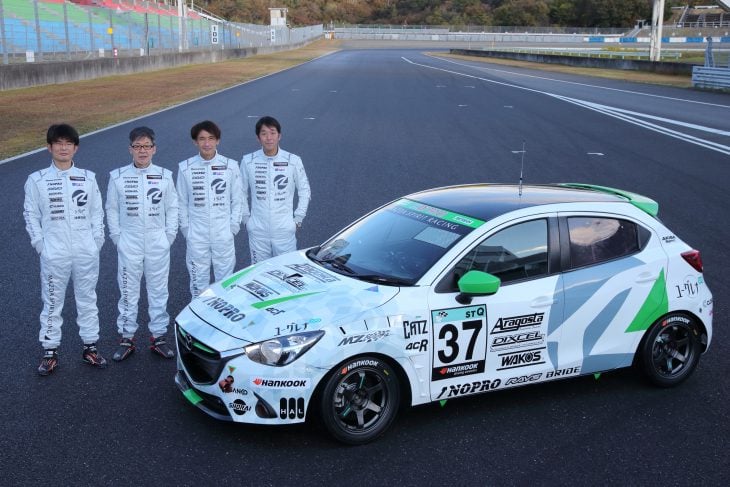 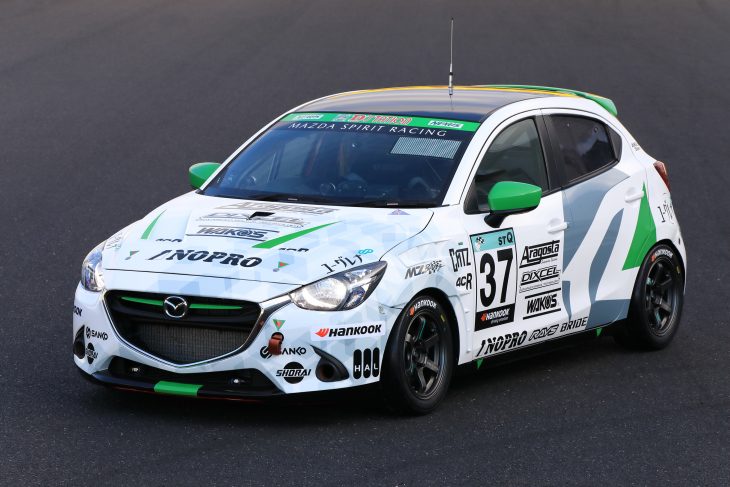 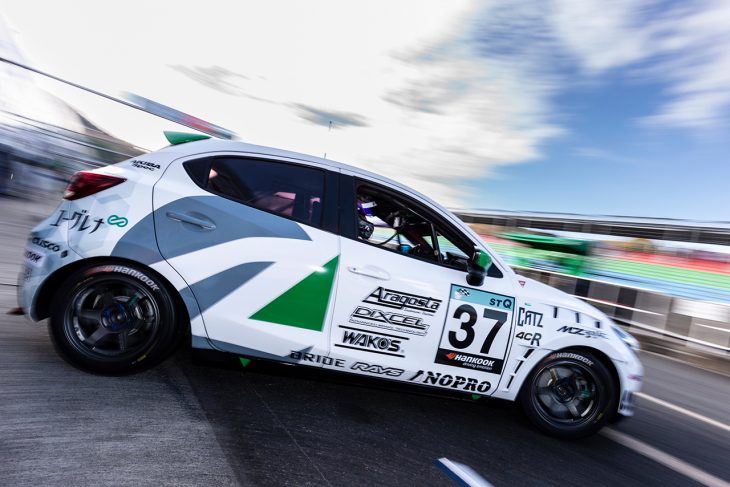 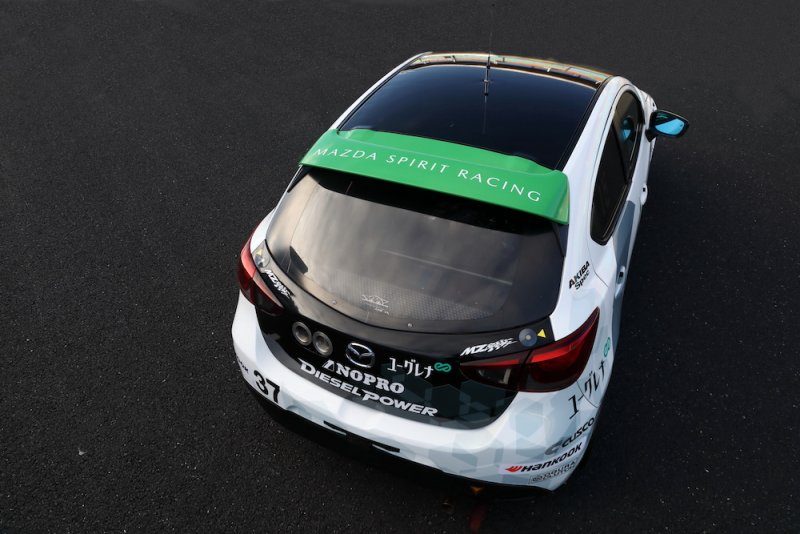 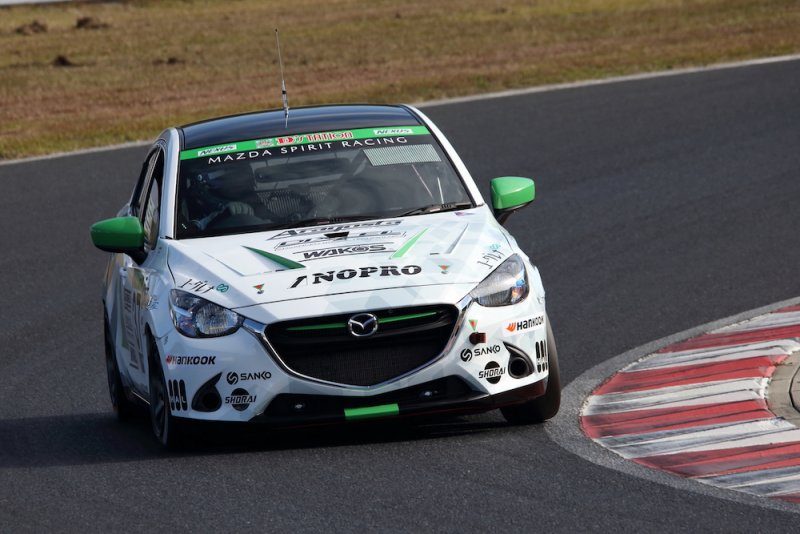 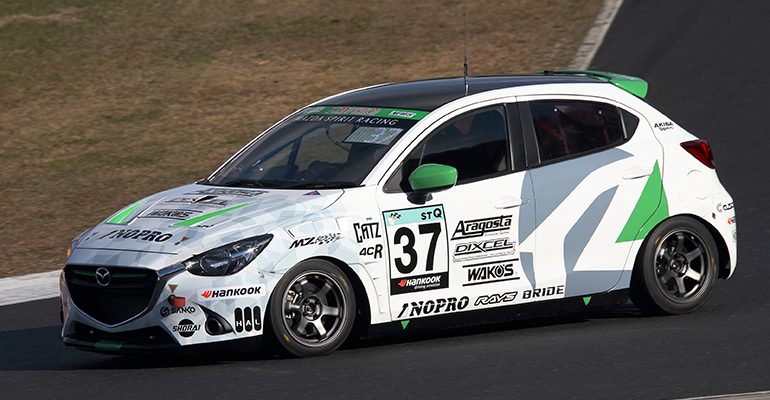 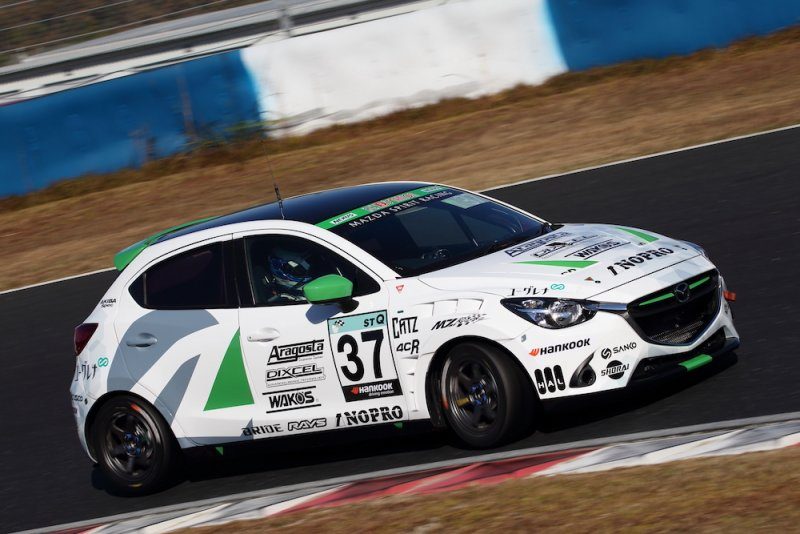 The car will compete in the ST-Q class, a non-championship category introduced to Super Taikyu in 2021 for the purpose of showcasing developmental and experimental vehicles and new technologies. ROOKIE Racing and Toyota Motor Corporation already compete in this class with a Toyota Corolla Sport, with a modified combustion engine running on hydrogen fuel.

In a press release from Saturday, Mazda wrote: “Mazda believes that it is important to offer a variety of options to achieve carbon neutrality. To this end, Mazda is expanding its powertrain lineup by introducing PHEV models in addition to its existing HEV, diesel engine and BEV models, and is also working with like-minded partners on renewable fuels such as biofuels. The ‘Mazda Spirit Racing Bio concept Demio” equipped with the SKYACTIV-D 1.5 diesel engine, uses 100% bio-based diesel fuel supplied by Euglena Co. In the future, we will continue to compete in various environments and conditions. We will continue to conduct demonstration tests in a variety of environments and conditions to help expand the use of next-generation biodiesel fuel.”

Next season, the biodiesel Demio will compete in all seven rounds of the 2022 Super Taikyu Series, in what will be a long-term partnership with Euglena. They will be joined not only by the hydrogen Corolla, but also by two new sports cars running on biomass-derived synthetic fuel: The new second-generation Toyota GR86 and Subaru BRZ, both of which will be supported by their respective manufacturers.

In its first qualifying session, the #37 Mazda Spirit Racing Bio Concept Demio qualified 24th out of 25 cars for the Group 2 three-hour race that will be held on Sunday morning. Ijiri, who has driven Team NOPRO’s traditional diesel-powered Demio previously, was surprised at the new car’s performance out of the box. “‘It’s not as slow as I thought. When I heard about it, I thought it would be four or five seconds slower, but it’s actually about a second,” he said.

The engine of the No. 37 Demio SKY-D remains unchanged, but the ECU has been tuned (reprogrammed) to be suitable for racing on next-generation biofuels. As a result, it has been confirmed that the engine performance is equivalent to that of conventional fuels
Last edited: Dec 22, 2021
Share:
Reddit Pinterest Tumblr WhatsApp Email Share Link