During 1993 the McLaren team built a modified version of the MP4/8, dubbed the MP4/8B (and often nicknamed McLambo), to be used as a test car for the Lamborghini V12 engine. After a handshake deal between Ron Dennis and Bob Lutz of Chrysler (who at the time owned Lamborghini), the modified car carried the 710 bhp (529 kW; 720 PS) V12 engine (dubbed the Lamborghini 3512) that was also supplied at the time to the Larrousse team. Lutz explained that after four years in Formula One, Chrysler wanted to test whether the V12 had the potential to be a winner in F1. To that end it was decided that a top team was needed to test that potential and a set of V12 engines were supplied to McLaren for testing.

Ayrton Senna and Mika Häkkinen tested the car at both Silverstone and Estoril, with the first test taking place at Silverstone on 20 September. The modified MP4/8B took three months to re-engineer and stretch in order to fit the longer and heavier engine (the V12 was badged as Chrysler for the McLaren tests). After first driving the car Senna suggested to the engine builder, former long-time Ferrari engineer/designer Mauro Forghieri, that it would be better with a less brutal top end and a much fatter mid-range. The changes were made and while the engine lost 25 bhp at the top end, it gained 60 bhp all round, giving the V12 approximately 750 bhp (559 kW; 760 PS), almost 70 bhp more than the customer Ford engines and almost on par with the most powerful engines of 1993, Renault's V10 and the V12 Ferrari. The result was making the MP4/8B more drivable and much faster than before, even faster than the race version.The combination of the MP4/8B and the Lamborghini V12 also proved more stable and easier on tyres than the Ford powered race car.

Both Senna and Häkkinen were reportedly very impressed with the car/engine combination, despite the 3512's poor reliability record since its Formula One debut in 1989 (and its poor reliability during the tests).Senna fueled rumors that the car would be raced during the 1993 season when he reportedly said during testing "It would be very interesting to race the Lamborghini in Japan". His belief was that regardless of reliability, the McLaren-Lamborghini would at least be as fast as both the Williams-Renault's and Benetton-Ford's who he was struggling to keep up with in races using the customer spec Ford V8. 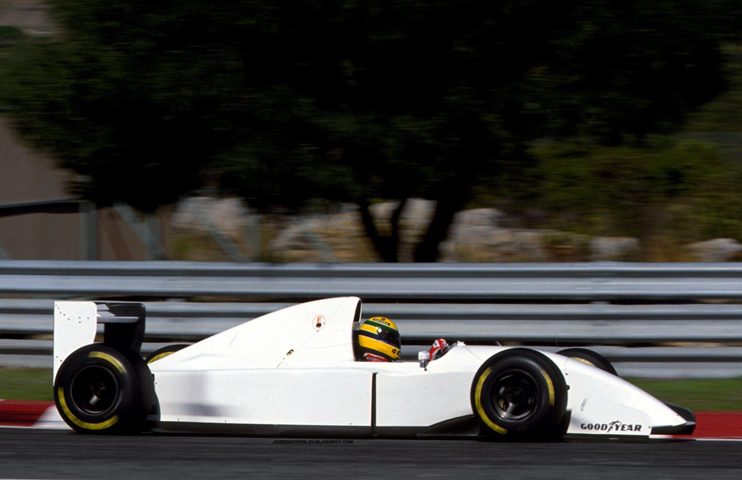 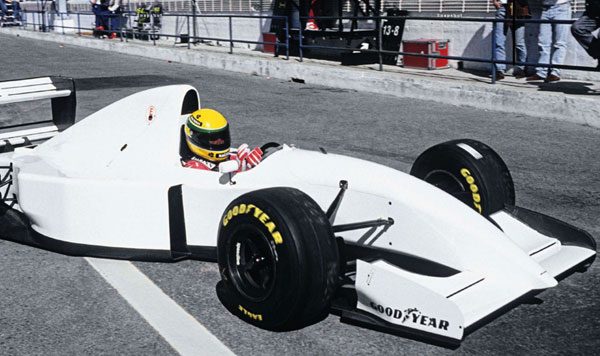 Great ... it's could have been a super combination, we will never know.

Very interesting story. I've never heard of this one before.

This is a really good car to extend the Senna Tribute in GT6, but please, make the events easier! I can't stand trying the events over and over again just to get gold medals!
Share:
Reddit Pinterest Tumblr WhatsApp Email Share Link