Howdy, all, it's been quite a while since I posted here. Maybe even 2-1/2 years, judging by my previous thread while car shopping for my wife.

At that time I was asking about Giulias, and comparing them (price- and reliability-wise) to a 2017 Acura TLX. We were shopping the V6 / AWD TLX, based on our very positive history with her 2004 Acura TSX (Euro Accord with a fancier badge). I decided since this car would be for my wife, it wouldn't be fair for me to experiment with Italian cars on her.

We test drove the TLX (surprisingly dull to drive despite the power, and the styling was way too fussy inside and out), a 2017 BMW 330i (she loved driving it but hated the all-black interior), a 2017 Audi A3 sedan (waaaaay too Germanic for both of us), and an Ecoboost V6 / AWD Ford Fusion Sport, (too... Ford?). In the middle of all that, based more on pictures than anything, we stopped and saw this: 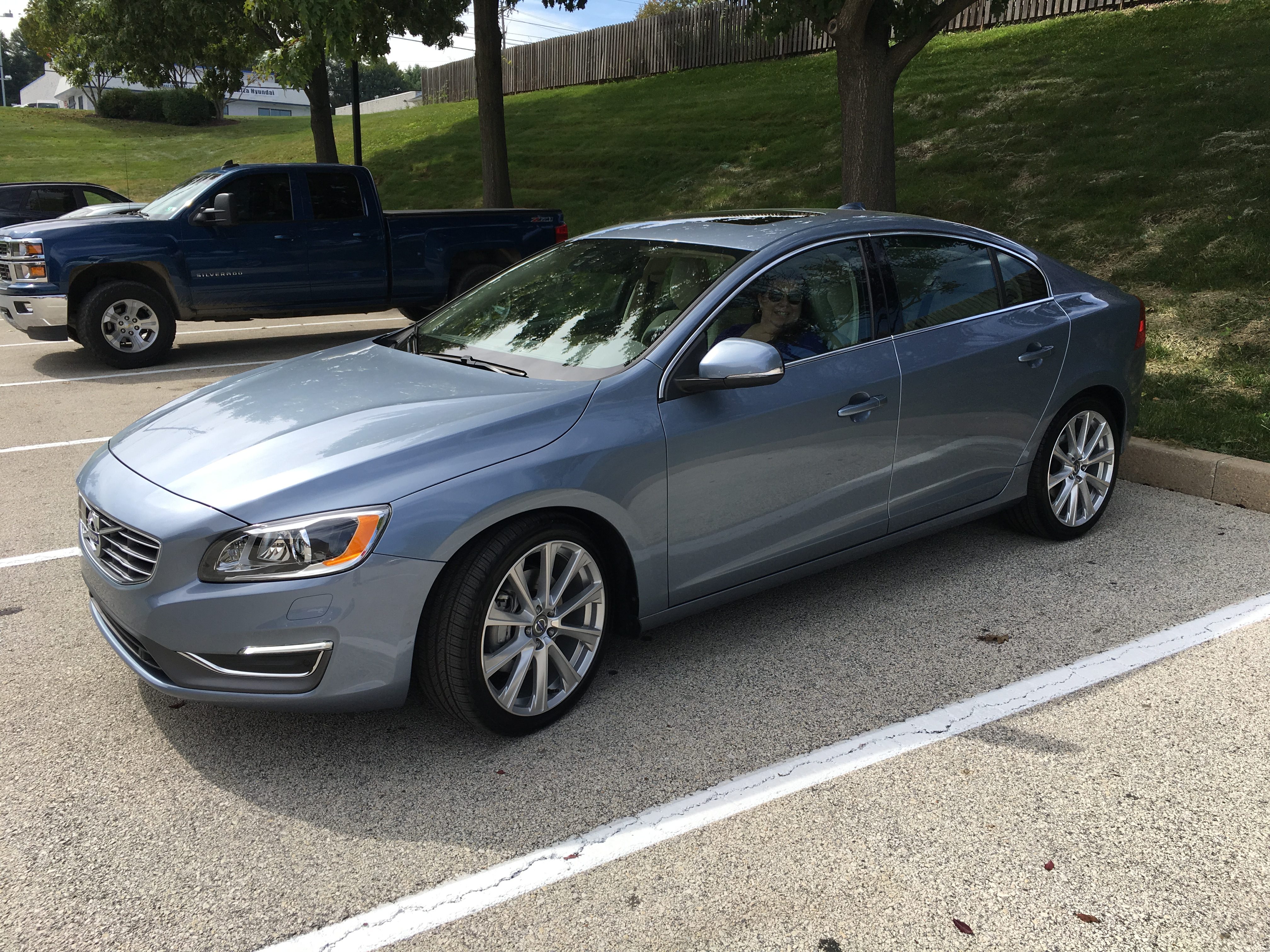 2017 Volvo S60L (Inscription) Platinum T5 AWD. The design was clearly nearing the end of its model run, but we both loved the way the car looked inside and out. It drives very well for adults who enjoy driving but have other outlets for their sporting pretensions. With 245 hp / 250 lb-ft tq out of its turbo 2.0, it's got plenty of pep for daily driving, and the 8-speed Aisin automatic never seems to be in the wrong gear. Volvo makes the best seats in the business. We both liked it a lot. After a couple more test drives, we bought it in September 2017.

Fast forward to this summer. The TSX was (and is) still running fine and still only has a little over 80,000 miles on it... but I was getting bored with it and envious of my wife's car. I really wanted a V60 wagon, which narrowed my field of candidates to about 10% or less of what's available in S60 sedan form. I was shopping a few 2018 leftovers in higher trims, but they started disappearing before I made up my mind to pull the trigger. 2019s (and wagons) were going for a bit more money, and I had about made up my mind to get a sedan and save a few thousand.

Then I saw this: 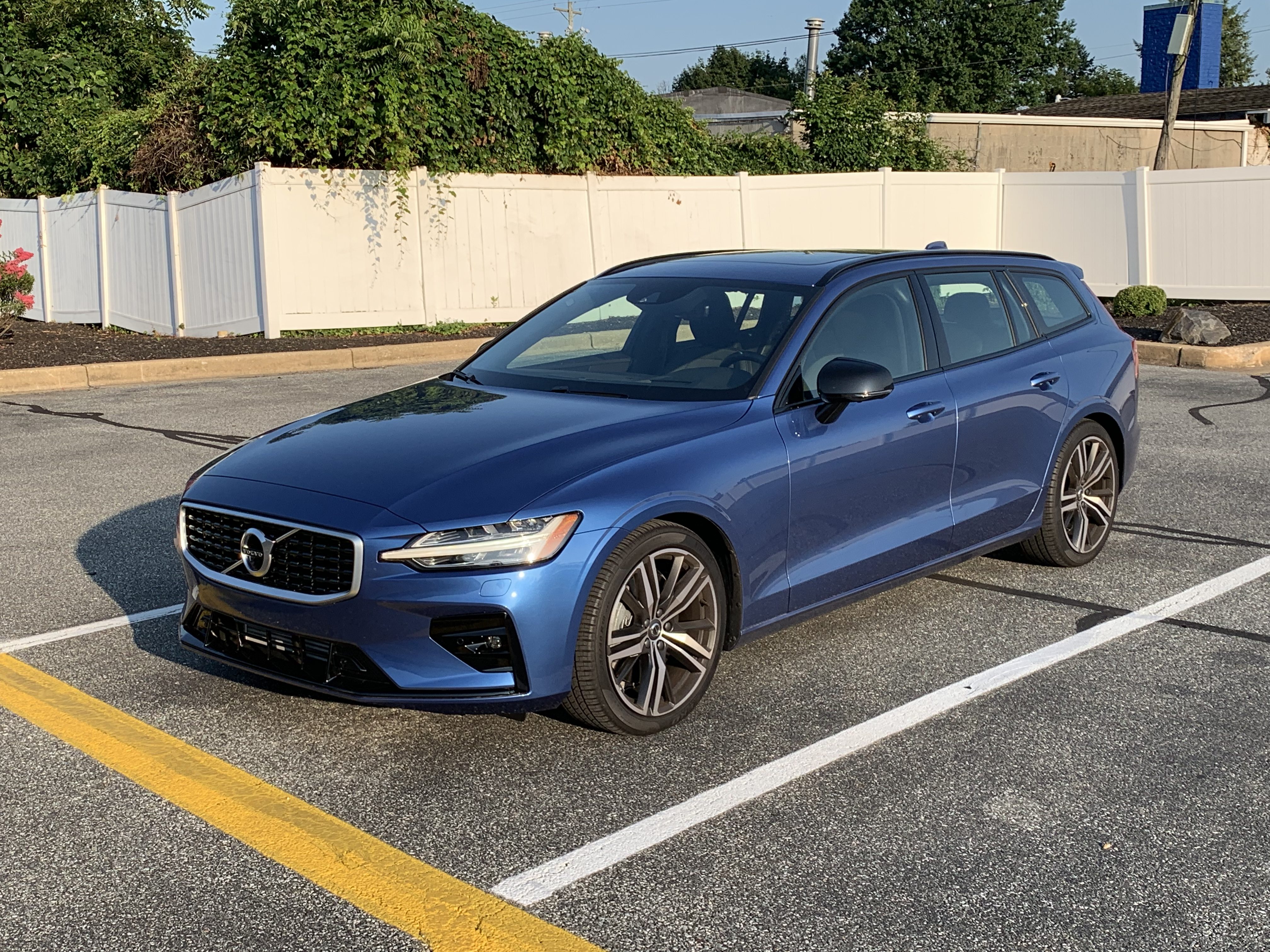 2019 Volvo V60 R-Design T6 AWD. 315 hp / 285 lb-ft tq... but it gets better. This one has the Polestar optimization, which adds about 15 points to both of those numbers and shifts the AWD torque bias farther aft. AND this one also has the Sport Chassis, which is lower and firmer than the standard suspension. Like DW's S60, it also has the Advanced Package, which includes a batch of electronic niceties, including radar-based adaptive cruise control.

It was The One. After a review of the financial situation, I bought it, even though the dealer wouldn't come down much off of the sticker price, and it was about 10% more than I had budgeted for a car I truly could have lived without.

But I have no regrets. It moves and handles like a comfortable street car weighing 4,000 pounds really shouldn't. It only has about 1500 miles on it, but I'm starting to explore its back-road capabilities, and so far it has not disappointed. Volvo hasn't sold a 3-pedal manual transmission in the US since 2014, but the paddle shifters have some entertainment value.

So that's my update, GTP. I still have the Manic Miata and I still flog it at autocross and once a week during nice weather. But having never really considered Volvos personally before, we now drive 2 of them daily.
Last edited by a moderator: Aug 21, 2019

I agree wholeheartedly about the Volvo seats. When I took my road trip last year, I never once felt like I was uncomfortable and I put a ton of miles on my S60.

Also, the Polestar optimization is great. Both of my Volvos have had the Polestar treatment and I don't think I'd ever get one without in the future. While there are other tuners on the market that give you more horsepower and torque, I like it that it's fully covered by my warranty and actually designed for the specific engine. I didn't even notice a change in fuel economy either (although in Utah out fuel is so bad there's probably twigs in it).

I don't know much about the new S60/V60 because I refuse to test drive one. I know as soon as I do, my wife would divorce me because I'd just come home with one. It'd probably be similar to yours too since I'm all about that R-Design life.

That's a beautiful design on the wagon. I like that blue color too. We need more blue cars around.

The wagon is a seriouslygood looking vehicle. I aspire to own one oneday, good on you m8.