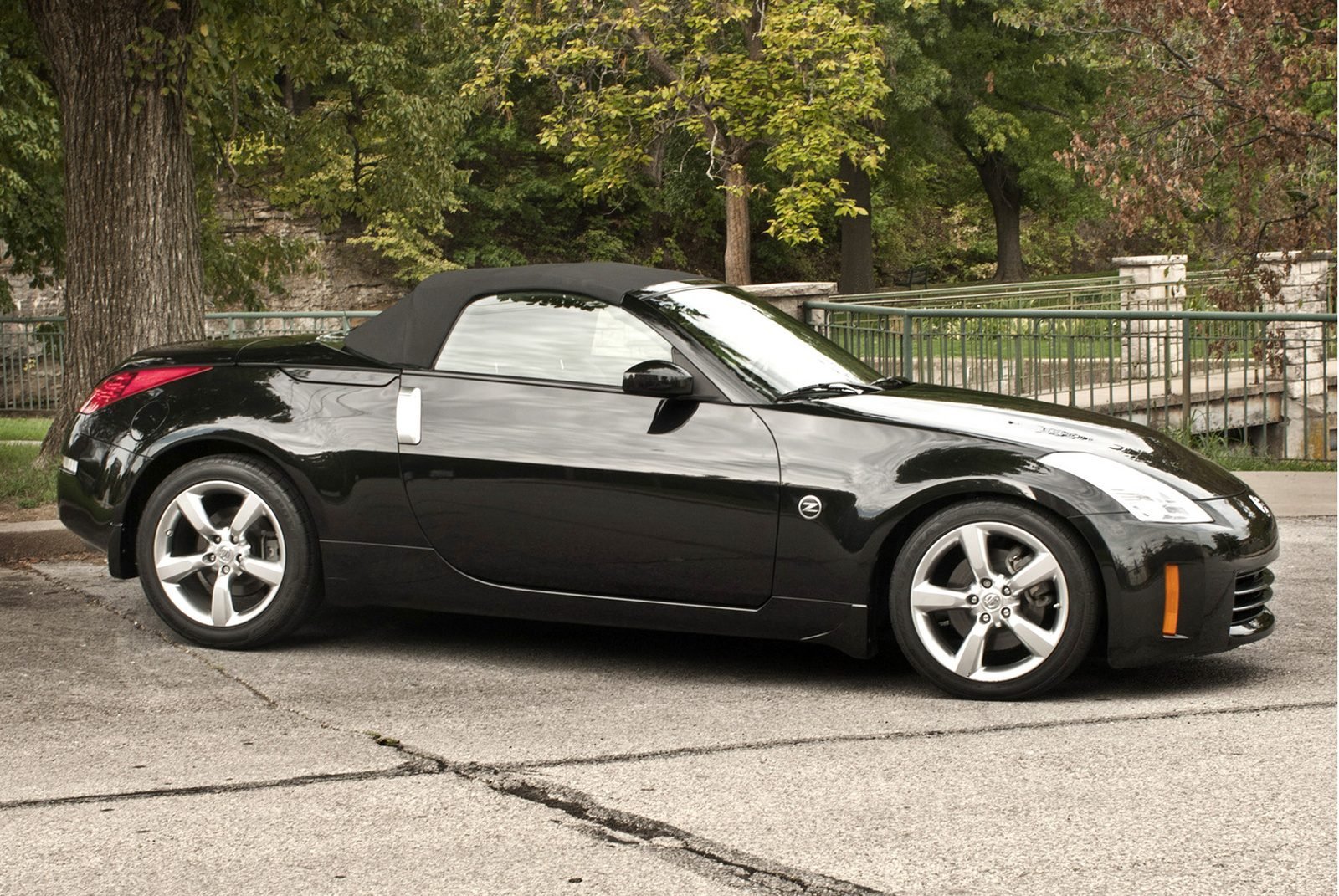 A proper sports car for the everyman. If we had just one sentence to describe the Nissan 350Z, that'd be it. While there have always been plenty of unobtainable sports cars out there to drool over, the 350Z's relatively compact dimensions, rear-wheel drive, two seats, muscular engine and sharp handling came at a price that real people could actually afford.

The Nissan 350Z represented the fifth generation of "Z" sports cars from this Japanese manufacturer. At its debut in 2003, the 350Z represented a key component of Nissan's rebirth in the North American market. For much of the late '90s and early new millennium, Nissan's lineup was full of lackluster cars. The Z brought back the company's spirit of fun and performance that had been missing ever since the discontinuation of the previous 300ZX.

The 350Z coupe was replaced by the 370Z coupe for 2009, while the 350Z roadster lived on before following suit the following year. In coupe or drop-top form, the 350Z was quite popular so finding a nice example on the used car market should be relatively easy. That said, keen shoppers will want to pay close attention to the car's changes and updates that were made through the years.

The 350Z sports car bowed in 2003 as an all-new model and was produced until 2008 (coupe) and 2009 (roadster). The first year there was only a coupe, as the roadster did not debut until the following year. Initially, the coupe came in base, Enthusiast, Performance, Touring and Track versions, while the roadster was limited to Enthusiast and Touring trim levels. The Track trim came with lightweight wheels and Brembo brakes, but its suspension tuning was the same as all other coupes.

In these early years, the V6 produced 287 hp and 274 lb-ft of torque. Power was sent to the rear wheels through either a six-speed manual or a five-speed automatic. The Track model had the manual only. Changes were minimal in the first few years, though Nissan did release a 350Z 35th-anniversary edition in '05. This manual-transmission model produced 300 hp (but less torque) and came in three exclusive colors.

For '06, Nissan included the Anniversary Edition's 300-hp V6 for all manual-equipped cars. There were a host of other changes as well, including mildly updated styling, speed-sensitive steering, larger brakes for non-Brembo-equipped models, a higher-quality interior, more standard features and a newly available navigation system. The Performance trim level was dropped. This was also the first year for the Grand Touring trim level, which was similar to the Touring but had the Track's Brembo brakes and wheels.

For '07, Nissan fully updated the V6 for all 350Zs and it made a potent 306 hp. The Track trim level was dropped, but in its place came the coupe-only Nismo 350Z model. The Nismo model dropped many luxuries in favor of performance-enhancing upgrades, such as a stiffened, seam-welded chassis, firmer springs and shock absorbers, special wheels and various aerodynamic upgrades. Inside, each Nismo 350Z had red and black cloth seats, a gray-faced tachometer and a number plaque indicating its build order in the production run. Nismo models were also produced for the coupe's last year in 2008; the following year brought the all-new 370Z coupe. For '09, the roadster carried the 350Z flag; the following year it was replaced by the all-new 370Z roadster.

In reviews, we found the Nissan 350Z to be an engaging sports car to drive hard. The V6 pulled strongly when revved past 3,000 rpm and generated one of the most distinctive engine and exhaust-note soundtracks available (something its successor lacks). The 350Z's ability to provide serious grip through corners made it a favorite of our enthusiast editors. At the limit, the car's handling could be a bit tricky, so steady hands were required.

When employed on a daily basis, the Nissan 350Z didn't make for such a compelling companion. Road and tire noise were considerable, and the car's stiff suspension transmitted plenty of shock to its occupants when driven on rough pavement. Inside, the Z's cabin was functional but decidedly stark. Some of the interior trim was of low quality, and the luggage capacity of the roadster was compromised, even for this class of car.

Considering the 350Z's gradual improvements in features and hardware over the years, consumers interested in a used Nissan 350Z should generally try to purchase the newest year possible. Notable options to look for would be side airbags (they were optional on the coupe and not always standard on the roadster) and stability control (which came on Touring coupes as well as Grand Touring and Track trim levels).
Click to expand...

What is the difference between the 2004 version and the 2007 version here?

I renewed another bland suggestion

I can't vote for this. For one, there are TOO MANY NISSANS already (over 10% of all the cars in the game have a Nissan badge. OVER 10%!!! Out of 1230+ cars!), and secondly, if this car is seriously considered, then take out the older model.
And finally, I'd rather take the coupe, as it is a better handler, by the virtue of being slightly lighter and by having a higher body rigidity.

I understand you @JKgo but when I see those gear changing animations in GT4 I simply can't hold back. I really hope that GT7 will have them. Look at that wonderful feature:

Neddo
I understand you @JKgo but when I see those gear changing animations in GT4 I simply can't hold back. I really hope that GT7 will have them. Look at that wonderful feature:

If they had gear changing animations from GT4, GT5, and GT6, there will be without a doubt those in GT7.

Use interior view, then.