Can a wheel have a longer name? And could they confuse people even more by naming it almost identical to the FFB version that costs 300% more, but only looks like a color pallet swap? 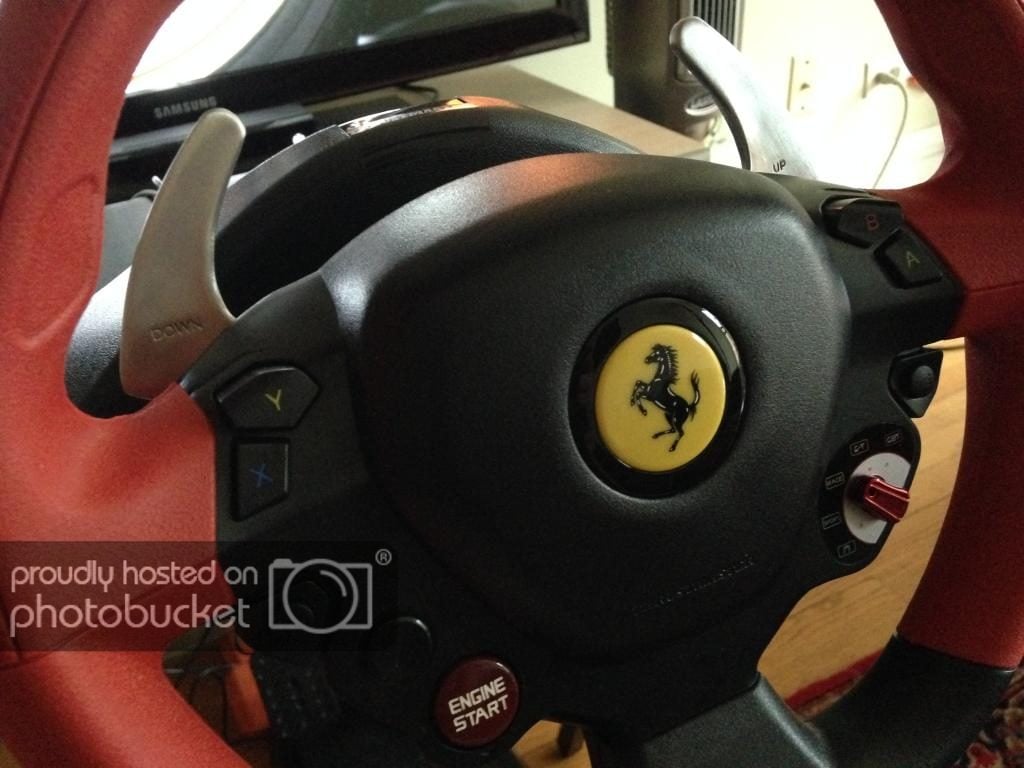 It's an attractive looking wheel. The thing I was worried about was if it was even usable...but I'm happy to say yeah I can control the cars well with it for Forza 5. Only cost me $80 shipped from Amazon as a refurb but it's running around $100 and that seems borderline for something without any FFB, even the weak kind.

Since there is no force feedback I thought it was gonna flop around like a dead fish and control like rubbish, but the wheel has increasing resistance as you rotate and it snaps back to center extremely quickly...with as much rebound strength as a G25 or Fanatec GT2. I'd much rather feel resistance when turning a wheel then very weak FFB like almost none when turning like the MS wireless and Carrera. They really should have put a couple rumble motors in it, but they didn't which is bunk. It's a decent effect. It has 4 hardware sensitivity adjustments that you can do on the fly...I recommend the lowest setting for Forza 5.

The wheel is made of almost all plastic, medium grade stuff. Not high quality plastics but the parts your hands actually touch are decent. Paddle shifters are aluminum with a positive G25/27 like click and the red parts of the wheel are textured and made from that rubber grippy stuff they put on big ****in hammers. Very similar feeling to the Fanatec Carrera. The clamp I will say is excellent, grips very well but no "hard mounts". The clamp is attached by 1 large bolt that is removable...so you could make it hard mountable with some creative engineering. 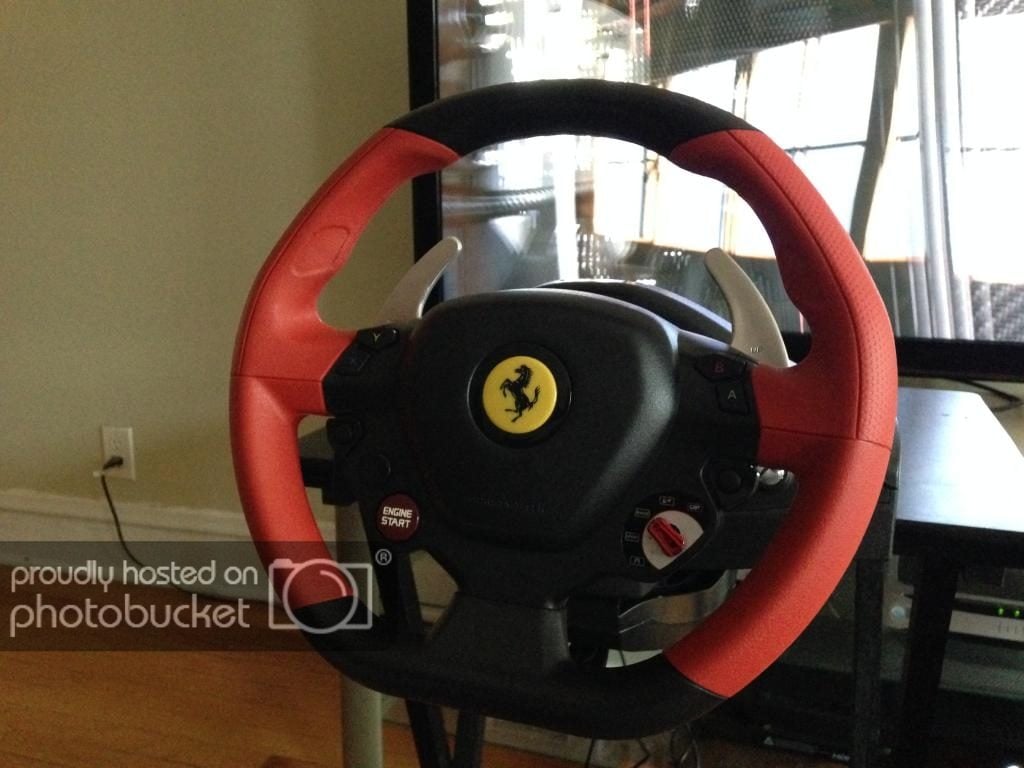 The two pedals set is decent, again usable. Reminds me a lot of the basic Fanatec pedals that used to be offered. You can unbolt, not inversable, but you can actually fix the way they mounted them. Skinny pedal is for gas, fat is for brake...I dunno how they got that basic thing wrong but they did, at least it's fixable. The pedals oddly are drilled for hard mounts on the bottom (2). 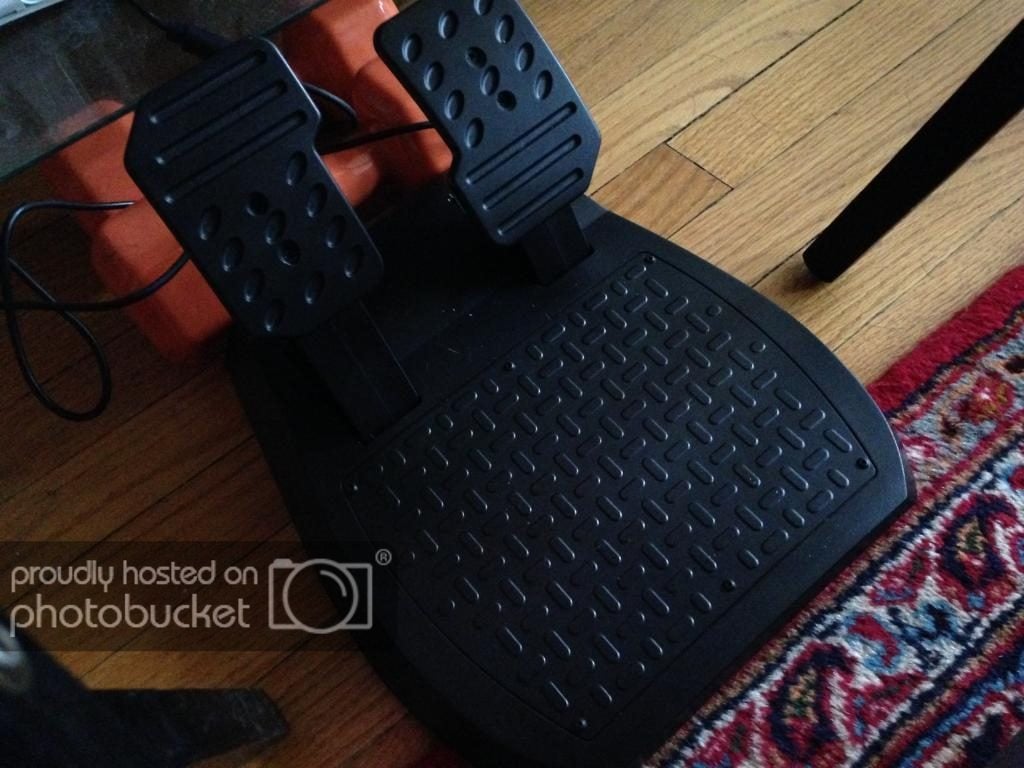 From the wheels I've owned, I'd rank it like as:

The FFB version of MS and Carrera wheels are force feedback, but it's so weak it might as well not have any. I actually prefer the feel of this one.