(I did search to see if a similar thread existed - nothing came up, and I'd say this is a reasonably interesting cross-game (even cross-genre) discussion)
Video games are great. They'll let you do just about anything you want, from the safety of in front of your own monitor. From being a professional racing driver or crime boss over a WWII flying ace or stealth assassin, all the way down to being a bus driver between Tucson and Las Vegas.

As video game worlds started to open up, so did the range of things to do in video games. Suddenly, the big, open worlds became as big a part of the game as the missions themselves - and the open worlds have only gotten bigger and better, which is a particular treat for those of us who like games with vehicles in them.

There is something almost therapeutic about taking your favorite vehicle in a game and just going for a drive in it, whether that game be set in the Outback of Forza Horizon 3, the Mediterranean islands of Just Cause 3 or the mountainside of Ghost Recon: Wildlands.

With all this in mind, what are some of your favorite driving roads in video games?

Recommended post structure:
While I would rather you didn't, you can interpret the rules to include racetracks. As there are already threads out there discussing which tracks work best for racing, any talk of racetracks are to be kept on the subject of which would work best as a driving road. That being said, what constitutes as a "driving road" is mostly up to interpretation.

I'll get the party started with this:

We might as well start out with a classic setup - Fairview Road may not be longest, nor the twistiest road in Hot Pursuit, but what it does have is a long straight perfect for putting the pedal to the metal, some fast bends that are just asking for some old-fashioned sideways action - and the scenery is not too bad either. Although the roads in Hot Pursuit were made for going fast, this one can be enjoyed at just about any speed you like. 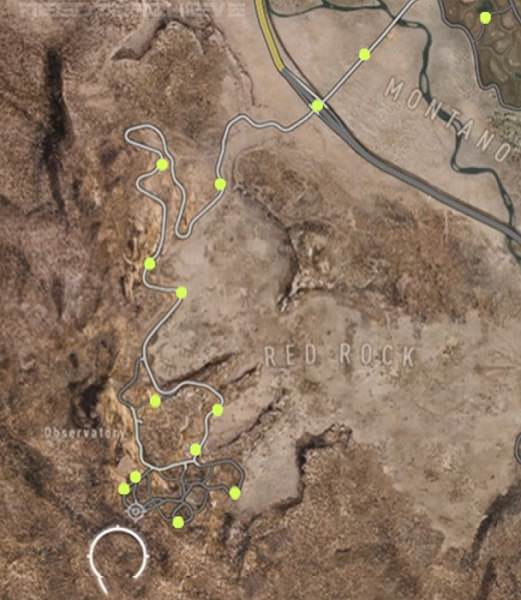 While not as long as the iconic Pikes Peak or as twisty and challenging as the legendary Fujimi Kaido from Forza Motorsport 4, this road reminded me of both. It was beautifully crafted to suit different types of racers: hillclimbers could bring their time attack monsters up and down trying to be as quick as possible. Traditional racers could have plenty of fun chasing each other with high-downforce racing cars or the extremely fast hypercars feature in the original Forza Horizon. Last but not least, drifters would feel right at home keeping the many JDM classics sideways, alone or in tandem with other players. The scenery was quite stunning, too. As described in the game, the Red Rock region of Horizon’s world was visually defined by the fire-hued geological marvels present in such area, inspired by real life Colorado's natural environments. 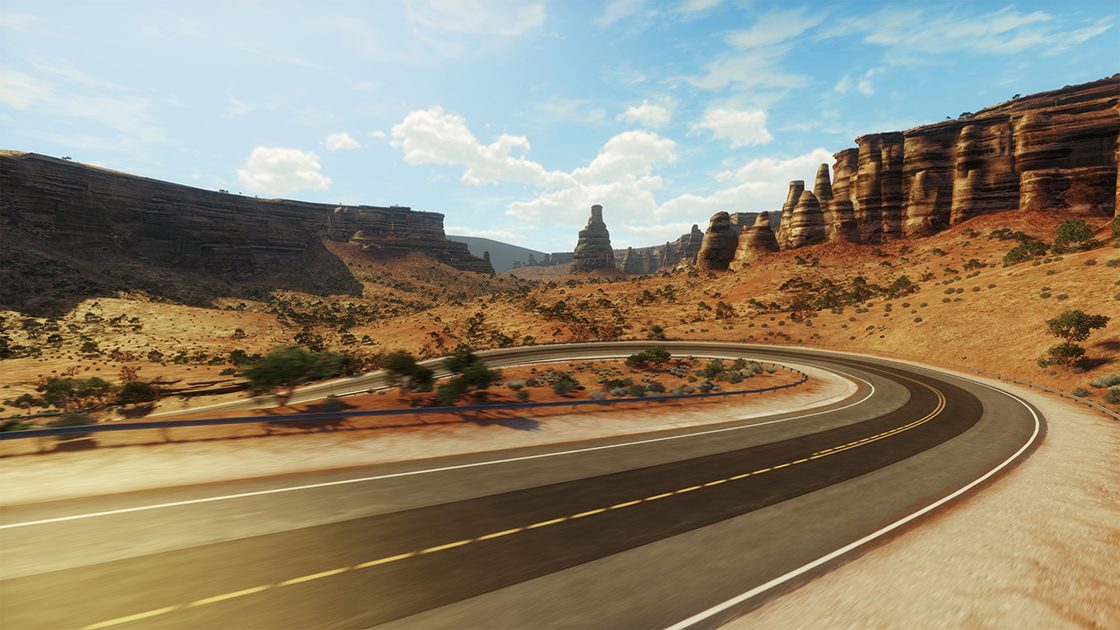 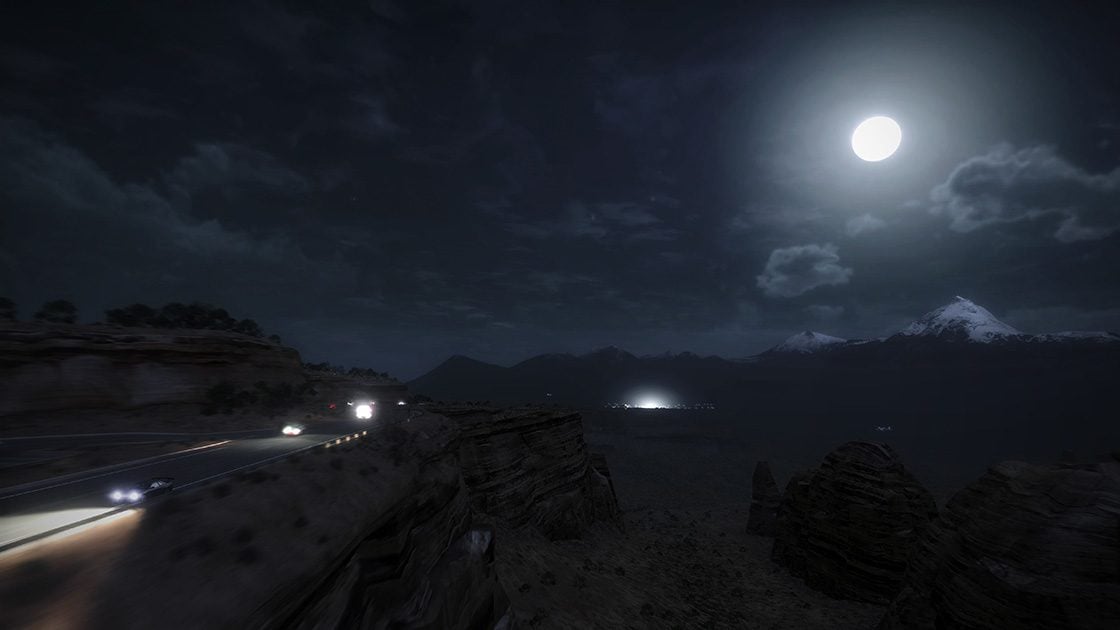 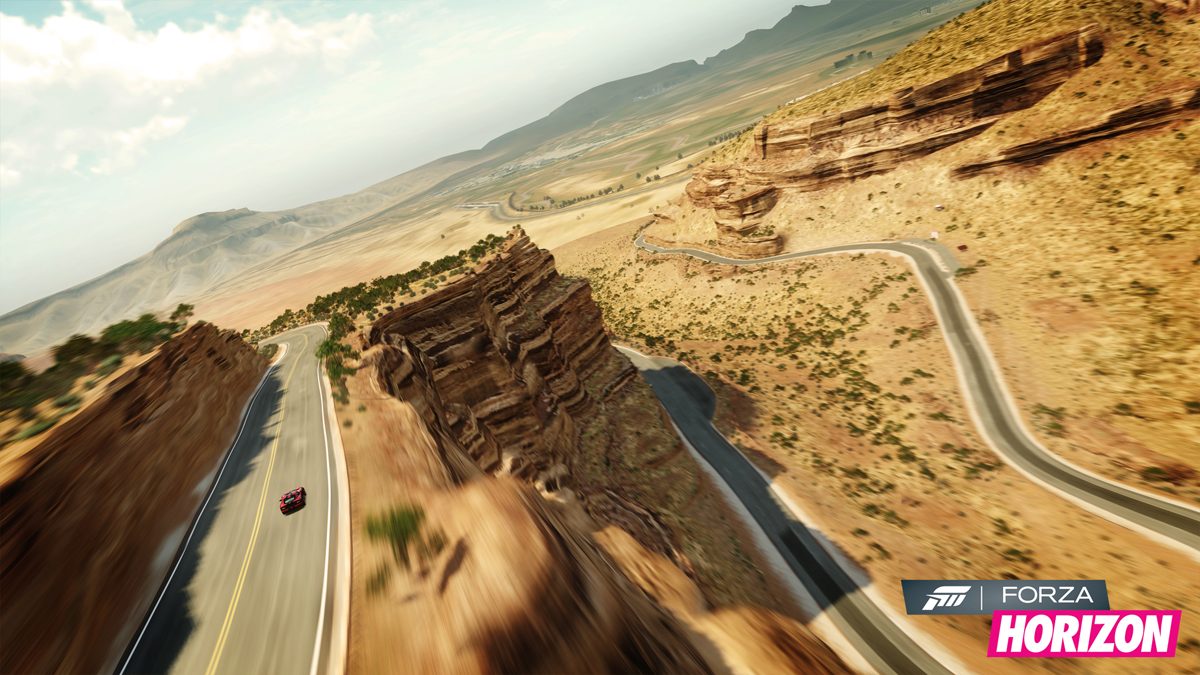 T
Road racing games with a genuine fear of crashing