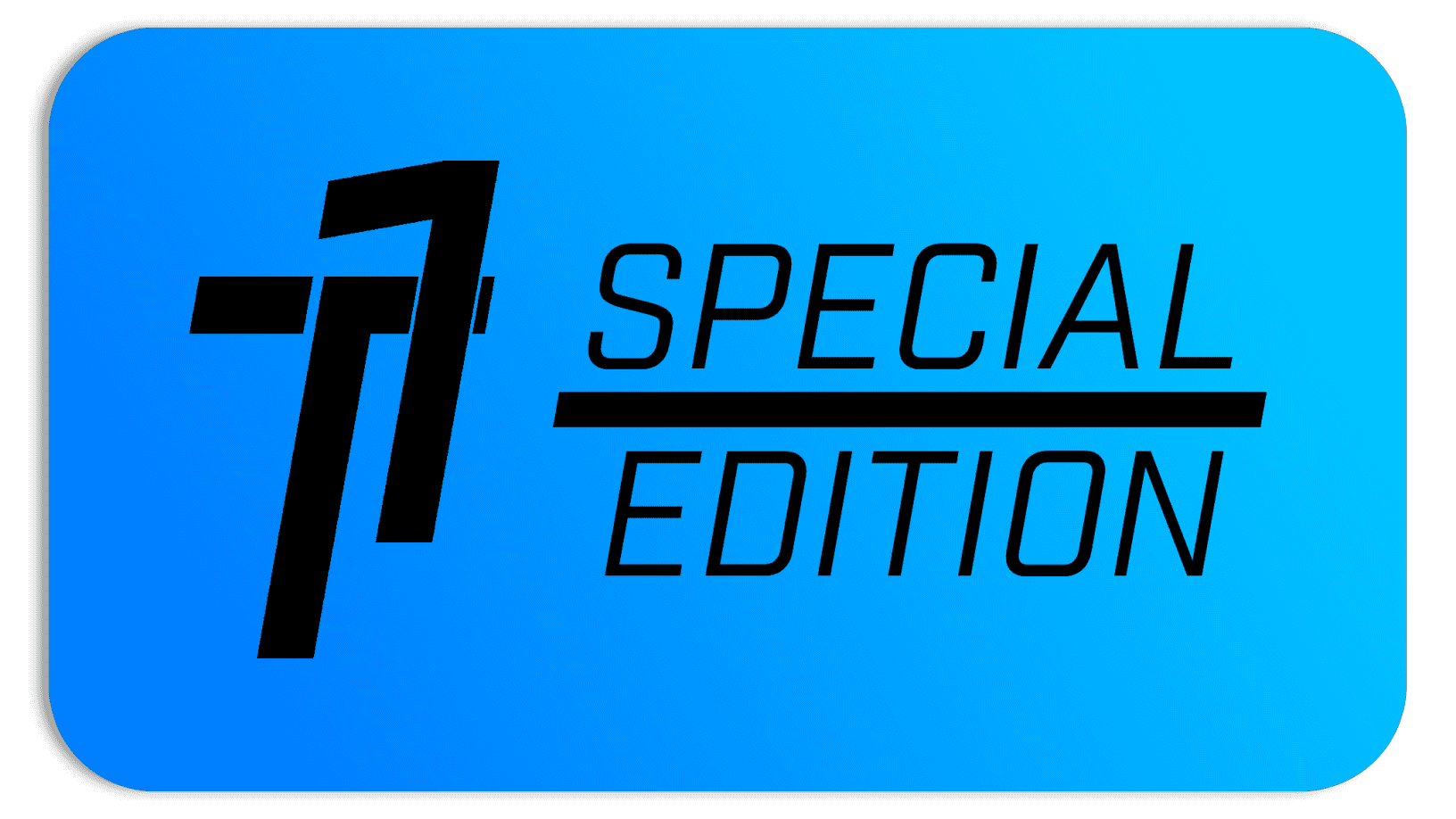 2020
​
Welcome to Turn One Special Edition! This is a series of special events hosted by the T1 team, the organizers of the GT500 Cup league.
Below this post you'll find information regarding each individual event along with general information that applies to all events. Turn One, the GT500 league and Special Edition events are part of the Sim Racing Federation group. You can join their Discord server to receive updates and chat with other drivers!
(Access to either the SRF or Turn One's discord is not required for participation)

Since these events are part of and sanctioned by the SRF, we will use the official SRF guidebook (v2.3).

Join the Turn One Discord server

​
To register, drivers need to provide the following information:
Example:

​
This information and lobby settings apply to all events equally.

RACE DAY PROCEDURES
The same procedures apply for all T1SE race events. Times shown are in the GMT timezone. You can convert to your time of day here.

6:00pm: Lobby opens and Practice begins
6:20pm: Qualifying begins
6:40pm: Qualifying ends
6:50pm: Race begins
T1SE events are sanctioned by the Sim Racing Federation (SRF) and will use its latest guidebook to regulate race events. You can see the complete guidebook here. The guidebook is divided into multiple rulesets, each one used for specific kinds of events. You can find which ruleset will be used by each event in said event's Race-Specific Information section.

The SRF's license points system will be used as well, meaning that results and on-track conduct will contribute to your SRF license level.
The following procedure will be used on all T1SE events EXCEPT the Fisherman's Shootout event.
If a major incident occurs on track during the race, the Full Course Caution will be used. This procedure consists of the entire field lining up behind the race leader and driving at a reduced speed until the Race Director signals for the green flag.

Each circuit is assigned a Restart Zone, which is an area of the track in which a race can be restarted, with the leader deciding when to accelerate.

If a driver is involved in an incident and believes an FCC is necessary, he/she must type “VD” (which stands for vehicle damage) in the in-game chat. If multiple drivers send this message and/or show to have significant car damage, and/or the race director deems it necessary to call for an FCC, he will do so by typing “FCC” (standing for Full Course Caution) in the in-game chat. The race leader must then slow down to a maximum speed of 80mph/128kmh and allow the field to form up behind him/her. When the Race Director calls for the FCC to end, all drivers will continue driving in a line until they reach the circuit's Restart Zone, where the leader will choose when to accelerate. Overtaking is not allowed until the timing line is crossed.

The pitlane remains open for fuel, tire and/or repair pitstops during an FCC period.

If a driver drops down the order during an FCC period, be it for a spin, crash or another reason, they cannot return to their own position.

Drivers must maintain a minimum distance of one and a half (1.5) car lengths between each other.
​ 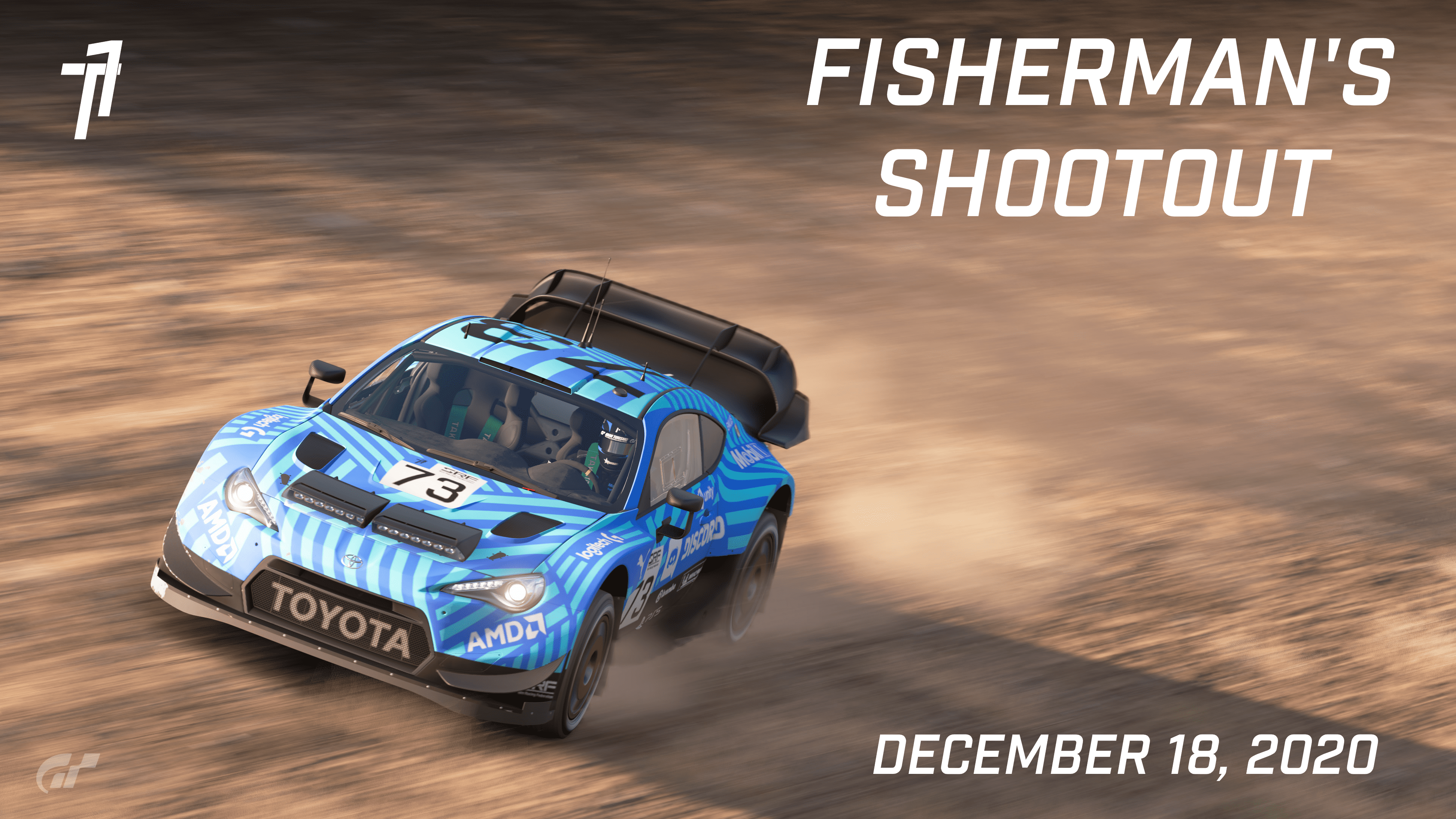 SRF ruleset used: None
Since this race will be held on a dirt track, a specific ruleset for this event will be created.
All cars must run the following elements on their liveries:

Links to the required decals can be found here.
Teams:
Drivers: 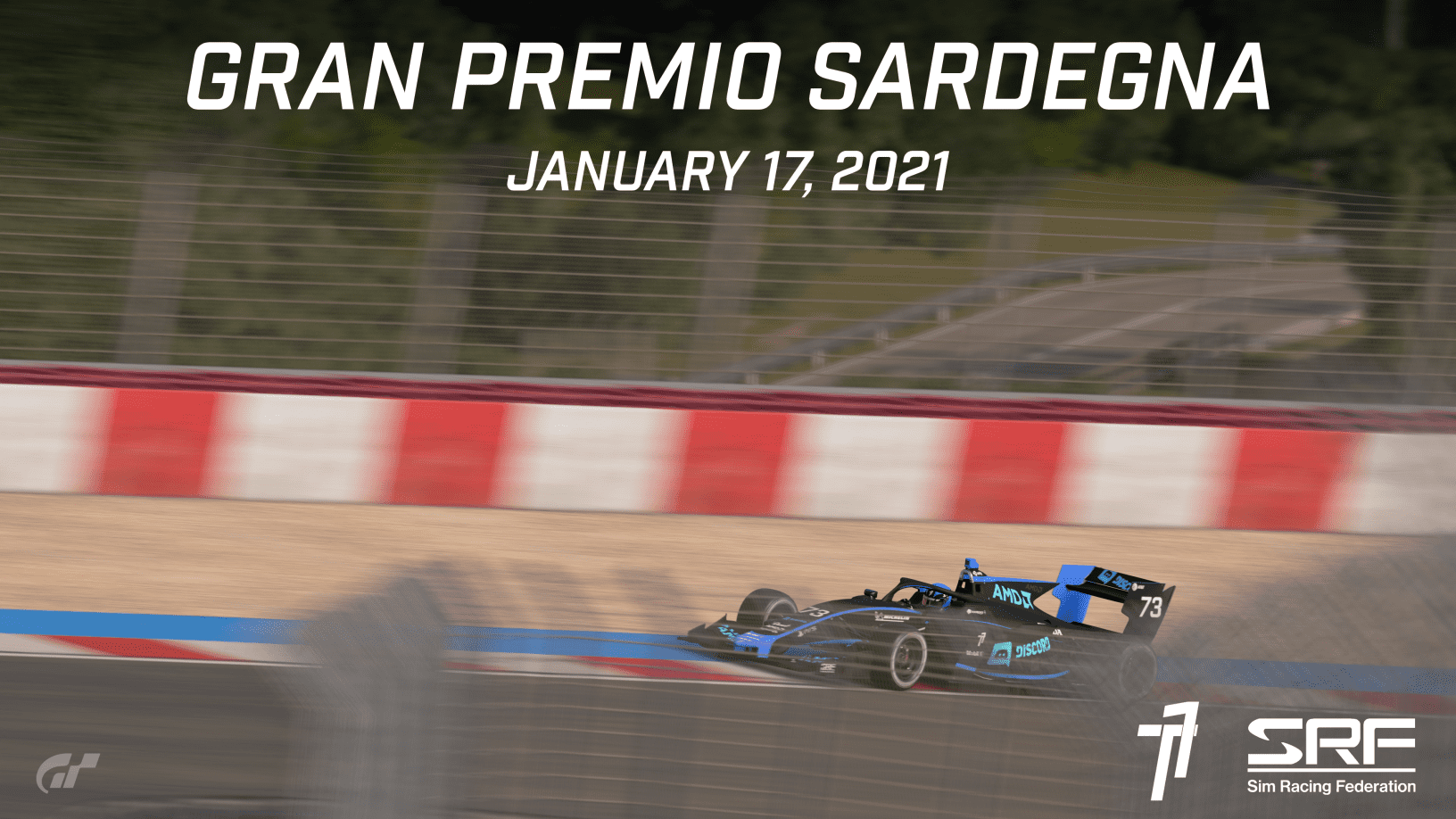 SRF ruleset used: None
Since this race will be held on a dirt track, a specific ruleset for this event will be created.
All cars must run the following elements on their liveries:

Links to the required decals can be found here.
Teams:
Drivers:

Eyo emil get me in, I'll grab a subaru

Turn One - A team for everyone