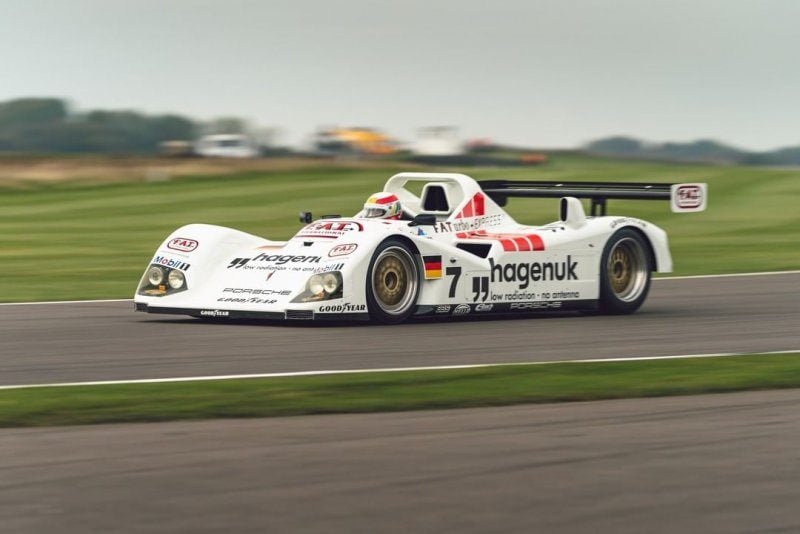 Originally built by Tom Walkinshaw Racing on the chassis of Jaguar XJR-14 in 1995, the car became a project abandoned by Porsche and then adopted by Joest Racing. After privately-entered WSC-95 beat factory-entered Porsche 911 GT1s at Le Mans two times, Porsche upgraded a car and converted it into LMP1-98, but never repeated a success

The story about WSC-95 begun in 1995, when Porsche approved a project of the open-top sports prototype car for the American-based IMSA (International Motor Sports Association) championship, running under the World Sports Car (WSC) regulations. The car was not an official factory effort, yet was approved by Porsche and use some of their expertise and Porsche engines.

The engine of choice was the Type-935 turbocharged 3.0-litre Flat-6, originally used in the Porsche 956 during the 1980s. Tom Walkinshaw Racing (TWR) developed a car using the Jaguar XJR-14 chassis number 691. Because of that, the car is often referred as TWR WSC-95.

The plan had been changed when the IMSA WSC regulations were changed prior to the 1995 season, leading to Porsche cancelling the project. However, in February 1996, Reinhold Joest convinced Porsche to give the unused prototype to his team.

Porsche also agreed to help in the development of the car. Of course, Reinhold Joest was paying all expenses. Joest Racing was not only modified the existing car but the team also built another car from scratch.

Both cars were built to meet the Le Mans Prototype (LMP1) regulations and ready to start at 1996 24 hours of Le Mans. The cars had a debut at Le Mans test session in May, showing a good pace and easily beating factory-entered Porsche 911 GT1s.

A few weeks later at Le Mans race, the WSC-95s showed their improvements and the #8 car took the pole position, driven by Pierluigi Martini. The #7 was the seventh-fastest qualifier. Two Joest Racing’s cars took the 1-2 lead early in the race. The cars maintained a comfortable lead into the night. During the night, the #25 Porsche 911 GT1 took over the second place.

Reinhold Joest’s deal with Porsche said that he could keep the car if it was a race-winner. Although Joest had originally intended to run the car just at Le Mans in 1996, the team decided to attempt once again in 1997 with a single car. Before returning to Le Mans, Joest Racing participated in Donington Park’s round of the inaugural International Sports Racing Series, taking a dominant victory with Pierluigi Martini and Stefan Johansson as drivers.

At 1997 Le Mans race, the #7 WSC-95 started from pole and won a race with a one-lap advantage over McLaren F1 GTR. The victorious car was driven by former F1 drivers Michele Alboreto and Stefan Johansson. The third driver was 30-year-old Tom Kristensen, who clinched his maiden win at Le Mans. It was the first of a record nine wins at Le Mans for Kristensen.

The #8 WSC-95 retired in the last hour, with only 40 minutes remaining, with a broken driveshaft. The car was driven by Pierluigi Martini, Michele Alboreto and Didier Theys. The #7 held off chasing Porsche to take a sensational victory for Joest Racing. The members of the winning crew were Davy Jones, Manuel Reuter and Alexander Wurz. At just 22 years of age, Wurz became the youngest ever Le Mans winner.

The 1997 Le Mans race was disappointing for Porsche factory team, as their both 911 GT1s retired. Following the success of the WSC-95, Porsche decided to take over the project themselves. Both WSC-95 chassis underwent major revisions to their bodywork. The Type-935 Flat-6 was also upgraded, expanded out to 3.2 Litres. The new car was officially named the Porsche LMP1-98.

Porsche entered the 1998 Le Mans race with two 911 GT1s and two LMP1-98s (in a cooperation with Joest Racing). The GT1s took a 1-2 victory, both LMP1 prototypes failed to finish the race. The final appearance of the car was at 1998 Petit Le Mans, where #77 Porsche LMP1-98 finished in the second place. The LMP1-98s were retired after 1998.
Porsche WSC-95 - a Dead Project Converted Into Le Mans-winning Car | SnapLap 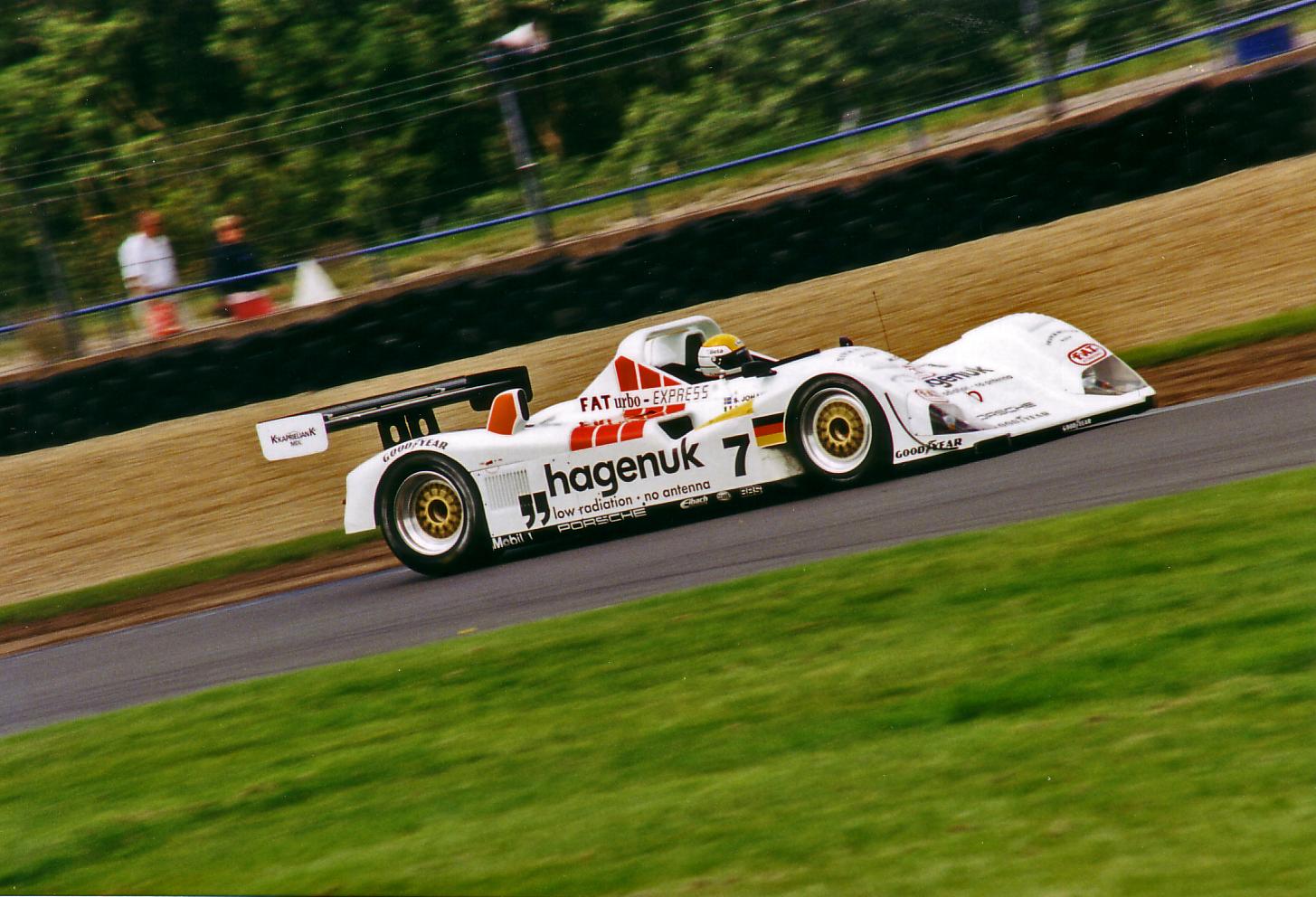 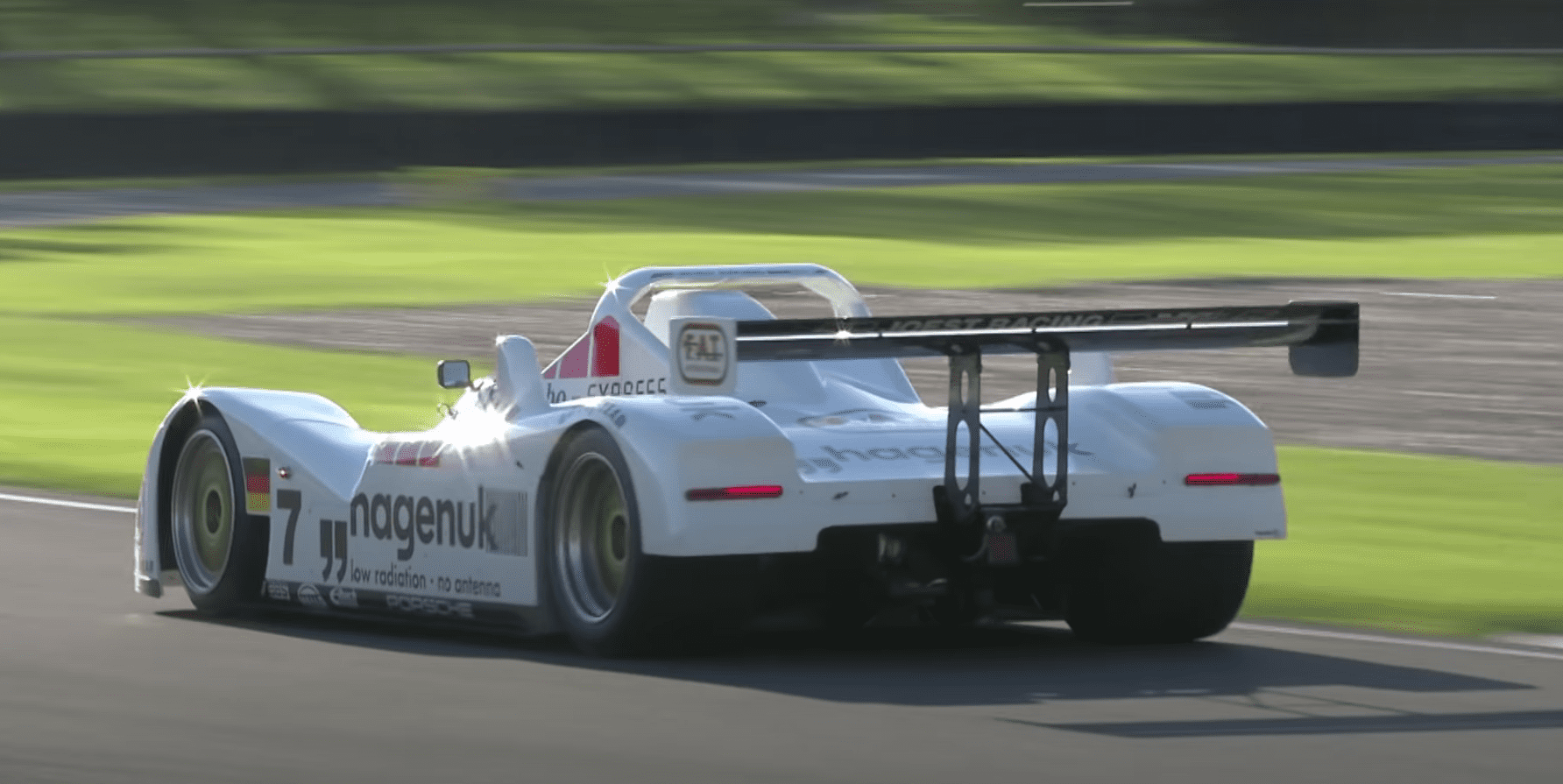 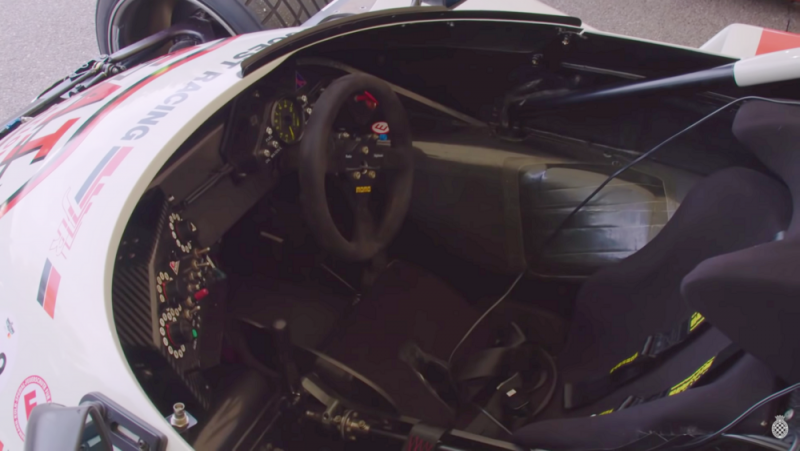 An underrated Le Mans winning car. Despite winning twice at Le Mans, this car has not made an appeareance in videogames.

Here is a video of the car: