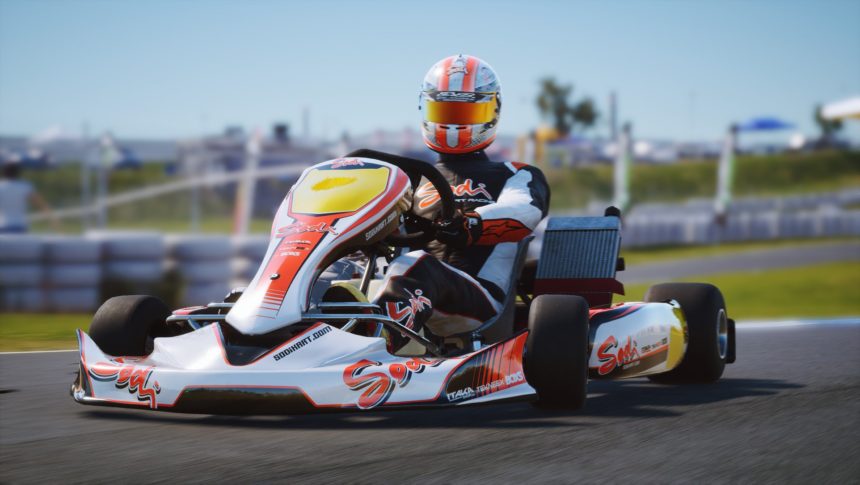 In the season known for the dead rising back to life, this seems oddly appropriate. After years of silence, kart sim KartKraft is back in the spotlight, and will be in players hands later this week.

While there are plenty of sports car sims in the market, a dedicated karting sim is a rarity. Other franchises have dabbled — looking your way, Gran Turismo and Project CARS — but the unique challenges of a seemingly simple kart have always made the multi-discipline titles feel like a compromise.

KartKraft’s last major update was a Closed Beta Test in 2016. The team received plenty of feedback during that time, both positive and negative. When it was apparent that it couldn’t charge money for the experience in its current form, Studio Black Delta took the big step: it started from scratch.

That brings us to today. KartKraft is now over one million lines of code strong, with a whole suite of features. A recent Facebook post from Studio Black Delta lists some of what players can expect:

“We’ve added a physically based tyre model, rebuilt the physics engine, remodeled all the karts, improved the AI, added cloud saving, leaderboard ghost modes, all the while creating the most advanced customization system ever seen in a racing game.”

That last tidbit in particular has us very curious. Black Delta has also ensured the game is quite modular in design to accommodate “a weekly or fortnightly update cycle for content and new features.”

The latest screenshots certainly show a strong visual improvement. Considering the size of the team — only three programmers and three artists — KartKraft certainly looks impressive. The team is aiming high too, citing genre classics such as Grand Prix Legends as major influences.

Much like Assetto Corsa Competizione, KartKraft will be releasing via Steam Early Access first, before an expected full launch later in the year (including, tantalizingly, consoles). Jumping in on November 1 will net early adopters a discount over the eventual full release MSRP.

Stay tuned for more on KartKraft as early access kicks off!

Gran Turismo Sport 666 Jan 25 by Andrew Evans
This week’s new set of GT Sport Daily Races will take players to three race tracks around the world, all linked by a history of wine-making. You’ll be taking in…