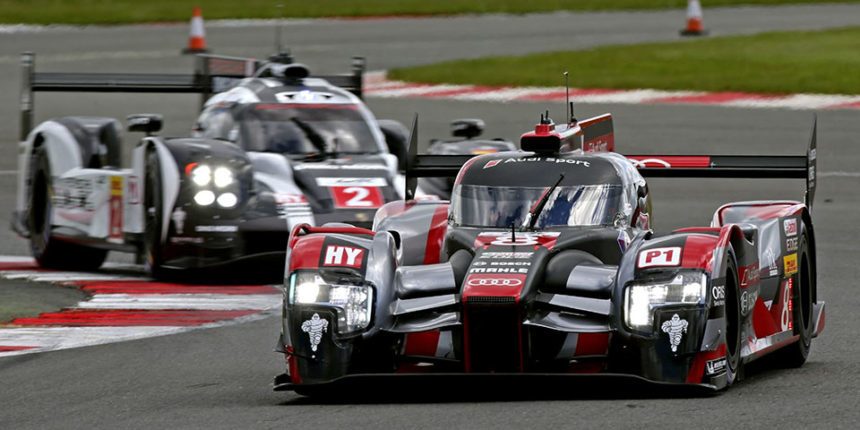 In a surprise move, iRacing released a new trailer announcing the addition of two LMP1 cars en route to the acclaimed racer.

The trailer focuses on the motorsport rivalry of Audi and Porsche, two manufacturers that have a long history together. Operating under the same Volkswagen Group banner hasn’t prevented the two from going at each other.

While the LMP1 class itself is currently slim pickings, iRacing is going straight for the top competitors. Who you may ask? The two models in question appear to be none other than the 2016 R18 e-tron quattro and 919 Hybrid.

Last competing together in 2016, both manufacturers have since retired from endurance racing. Audi has turned its focus toward the ever-growing Formula E Championship, and Porsche will follow suit in 2019. Until then however, iRacing looks to continue the heated rivalry.

Despite the two brands tussling for track victories, there was a sense of mutual respect. In 2014 when Porsche announced its return to endurance racing, Audi welcomed the marque back by driving to Porsche HQ and laying down rubber spelling out “welcome back”. Following Audi’s retirement from the WEC series, Porsche would repay the favor asking for its return.

As it stands, both cars are currently “in development” with no clear indication of a release schedule. Rest assured, we’ll be keeping an eye on this one.

AudiiRacing DLCPorsche
7 Comments Discuss this post in our forums...
Test Your Badge Knowledge With Our Car Logo Quiz

Gran Turismo Sport 3793 Apr 14 by Andrew Evans
With a week to go until the racing action gets underway, Polyphony Digital has announced the full schedule for the first round of this season’s FIA Gran Turismo Online Championship.…

WRC Series 25 Apr 13 by Andrew Evans
Nacon and KT Racing have announced the next entry in the WRC series, the official game of the World Rally Championship. WRC 10 will arrive later this year, and brings…

Esports 79 Apr 12 by Andrew Evans
Just like the real thing, F1 Esports has something of a gender imbalance. In four seasons to date, no female driver has ever taken part in an official F1 Esports…

Gran Turismo Sport 554 Apr 12 by Andrew Evans
A new week means a new set of GT Sport Daily Races to get to grips with, and this week’s trio of events brings a mixture of pace to satisfy…