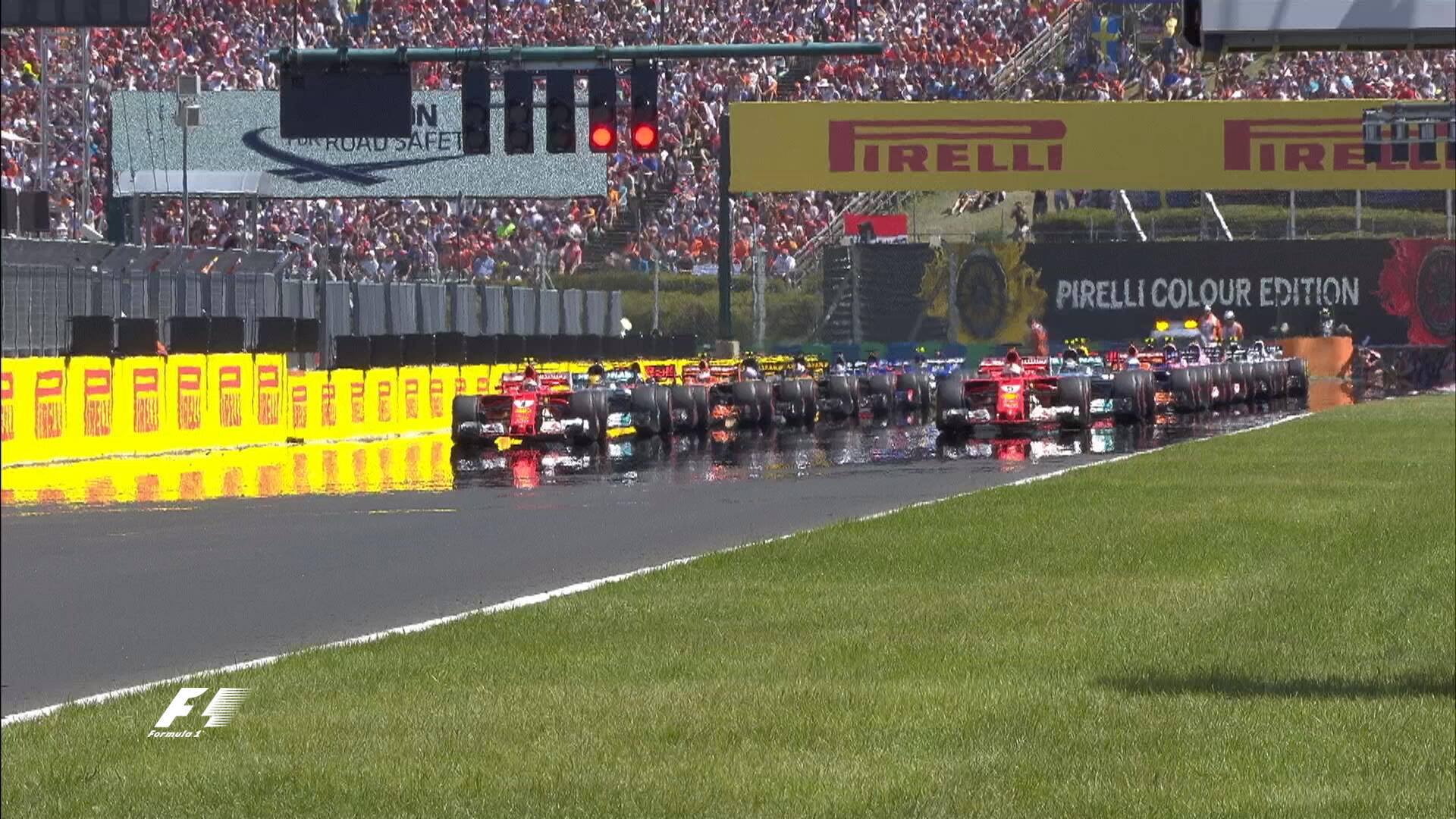 The Hungarian Grand Prix started with the usual madness that has characterized this season. This time it was two team mates coming together. Both Red Bulls got impressive starts. Daniel Ricciardo went to pass Max Verstappen around the outside of turn two, only for Verstappen to understeer into Ricciardo’s radiator. The Australian was out of the race. Verstappen was handed a 10 second penalty for his poor judgement. He dropped down to fifth place from fourth after the pit stops.

The pests were out in Budapest as Sebastian Vettel was being told to stay off the curbs due to inherent steering issues. This meant that the Mercedes cars began to rapidly catch both Ferraris. However, it wasn’t enough by the end of the race as Ferrari took its first one-two finish in Hungary since 2004. Vettel cemented his excellent qualifying performance, putting in a difficult 70 lap shift ahead of his quicker team mate Kimi Raikkonen.

On lap 46, Valtteri Bottas was told to let his team mate Lewis Hamilton through to try and catch the Ferraris. Hamilton was faster than Bottas but the problem of overtaking was compounded by two factors. The nature of the Hungaroring doesn’t offer many overtaking opportunities and it’s very difficult to follow with the design of these 2017 cars.

Once Hamilton was let through, he raced right up the gearboxes of the Ferraris. Bottas was told on the radio that the cars would be swapped back around if Hamilton couldn’t pull it off. The problem was that Bottas dropped back so much from Hamilton that it would be difficult to swap the cars back. They also had to be weary of the fast approaching Verstappen, just a few seconds behind Bottas.

Verstappen’s pace was incredible. Even after suffering a 10 second penalty, he managed to hurtle up to within 10 seconds of the lead. The Red Bull team will be left wondering what might have been if they didn’t collide on lap one. Verstappen was putting Bottas under major pressure in the closing laps of the race.

Nevertheless, Lewis Hamilton ultimately showed that he can be a team player. He let his team mate past on the last corner of the last lap. Hamilton gets a lot of stick for allegedly being single minded but he showed today that he can play the team game.

One of the problems with the 2017 cars reared its ugly head today. Even though Raikkonen and Hamilton were faster than Vettel, they couldn’t get close enough to pass. The extra aerodynamics of these new cars creates a bigger turbulent wake behind them.

This means the driver chasing behind loses grip and under steers through the corners. Essentially, it’s follow the leader. It also didn’t help that the temperatures in the notoriously baking Budapest caused overheating issues when the cars got too close to each other.

Vettel – with his steering issues – was the cork in the bottle for most of the second half of the race. One would have to believe that with last year’s cars and their simpler aerodynamics, Vettel might’ve succumbed to Kimi Raikkonen for the race lead.

Paul di Resta – covering for the sick Felipe Massa – was driving a sensible race. Sadly though, he had to retire on lap 63 due to car troubles. A shame after he did so well to jump into the car in such short notice. He wasn’t exactly lighting up the time sheets but he kept his head down and didn’t make any silly mistakes. In this case, the retirement was out of his hands.

Fernando Alonso was going great guns all day. The lack of power required at the Hungaroring meant that the shoddy Honda engine in the back made little difference. It was all about aerodynamics and chassis performance – McLaren has that in abundance.

He finished in a mighty sixth position with only the Ferraris, the Mercedes and the lone Red Bull of Verstappen in front of him. Fernando also went and set the fastest lap of the race! Alonso’s team mate Stoffel Vandoorne finished in 10th to bring McLaren’s first double points finish of the season. It’s only taken 11 races.

Sebastian Vettel goes into the summer break with a strong 14 point lead in the title race. The pendulum has certainly swung back into Ferrari’s camp for now. Lewis Hamilton’s decision to be a team player meant that he lost a crucial three points to Vettel.

While the Brit will be commended for his actions, it could’ve ultimately cost him a world championship. Will we look back on this race when the checkered flag falls in Abu Dhabi at the end of the year?

Formula One returns at the end of August with the Belgium Grand Prix. It’s time for the drivers and teams to take a break and recuperate before we head to the fan favorite Circuit de Spa Francorchamps. 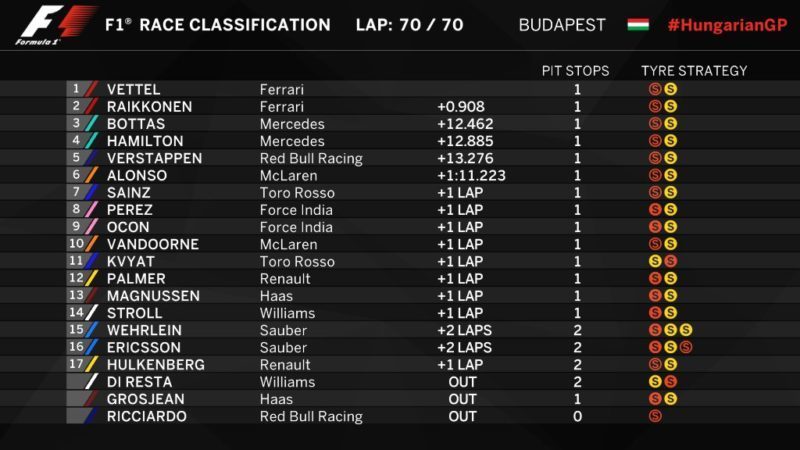