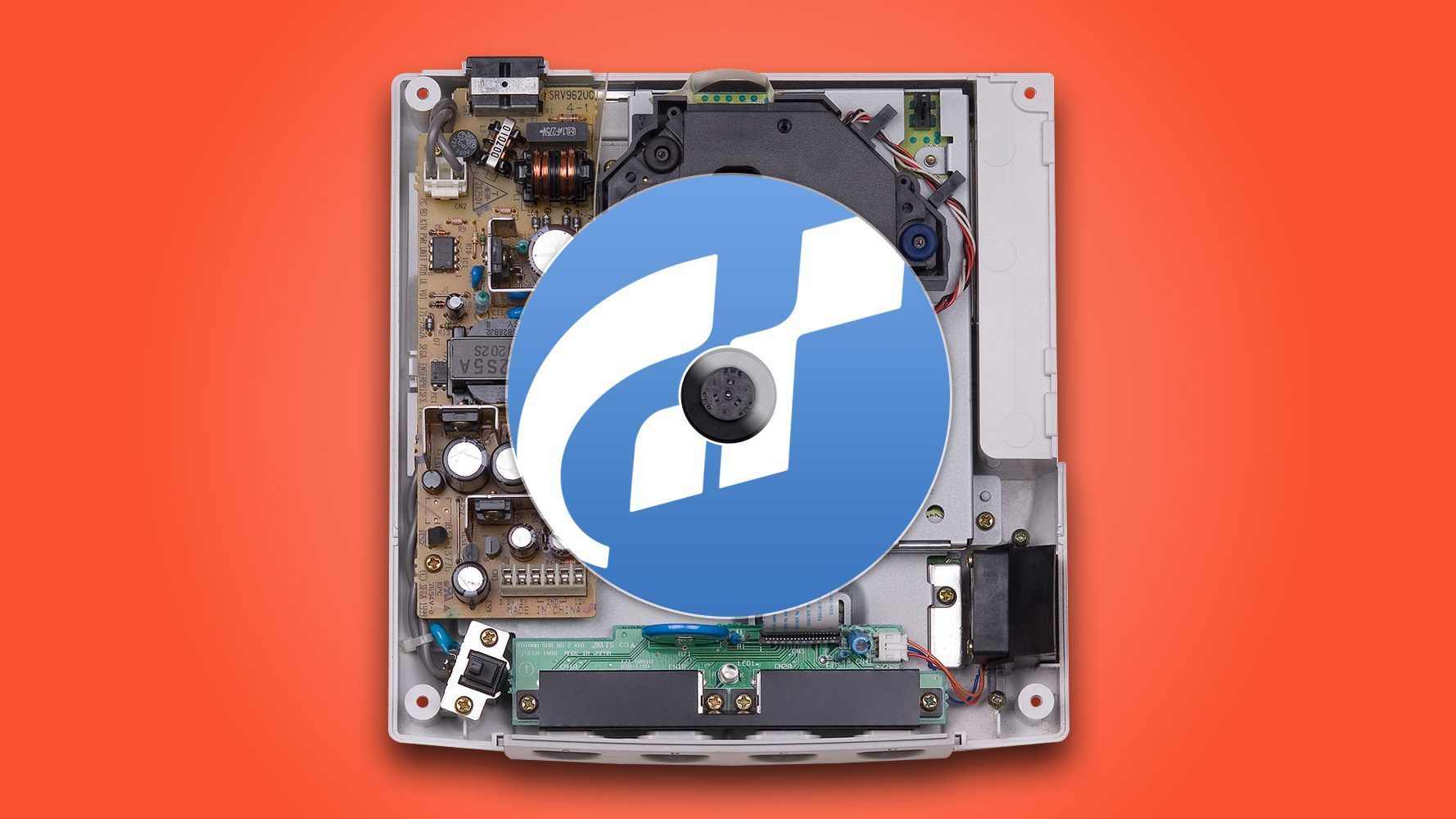 Imagine if a company made software that could run Forza Horizon 3 flawlessly on PS4 Pro. Now imagine if it widely distributed that software for a small fee, and required only a retail copy of the game to operate — no modding or hacking required on the part of the customer.

It’s a safe assumption Microsoft wouldn’t react favorably to the news that one of its major first-party exclusives was now available to millions of gamers on a competing platform. But with all the anti-piracy measures baked into modern consoles, it’s pretty hard to envision such a scenario playing out today.

Seventeen years ago, however? That’s a different story.

Bleem, like most emulators, occupied a place of dubious legal standing when it made headlines in early 1999. Originally intended to run PlayStation games on PC, developer Randy Linden reportedly reverse-engineered the console’s firmware and developed his own alternative to avoid infringing on Sony’s copyrights.

Because of this, Bleem was uniquely optimized to take advantage of PC architecture in a way other emulators were not. And if you had a 3D accelerator card — which were quite rare at the time, as the market was only emerging — the emulation would outrival the source material. With dedicated graphics hardware, Bleem could run PlayStation games at exponentially higher resolutions, with anti-aliasing and other perks. Compatibility was tested and custom tweaked for every game, meaning that while the initial library of supported titles was small, it ensured a base level of quality that legitimized the project.

Inevitably, this provoked the ire of Sony. Just days after Bleem was made available for preorder in March 1999, Sony filed suit against the California-based startup, claiming intellectual property violations and misappropriation of trade secrets. This kicked off over two arduous years of legal battles between, what one judge termed, “David and Goliath.”

Bleem would never technically lose any of the charges, but fending them off incurred an insurmountable financial toll on the company. Between the initial filing and a Forbes report dated February 2000, it lost roughly a quarter of its $5.4 million in sales to legal fees.

Those intervening months, however, are some of the most interesting of the whole odyssey. Unsatisfied in their quest to conquer the PC market, Linden and co-founder David Herpolsheimer briefly shifted the focus of the war to another front — Sega’s Dreamcast.

The original plan was much more ambitious: Bleem was to be released over four discs that would each retail for $30 and run 100 PlayStation games. Linden and his team would test and fine tune every title for maximum compatibility, just as they had on PC.

However, it became evident very quickly that the company lacked the manpower and time to accomplish such a feat. Unlike a computer, the Dreamcast had no hard drive, and thus couldn’t be updated to support more games over time. This meant all testing had to be done before the discs shipped. With GT2 alone taking two months to fully polish, according to programmer Rod Maher, there was no way that was going to happen.

Instead, Bleem opted to release one disc per game at the low, low cost of $6 each. The three titles chosen were among the PlayStation’s most cherished exclusives late in the console’s lifecycle, though by the time the GT2 “Bleempack” released in May 2001 to kickoff the series, the PlayStation 2 had already been out in the United States for more than six months, and GT2 had been on shelves for about a year-and-a-half. With Gran Turismo 3’s July release just around the corner, Dreamcast owners probably weren’t chomping at the bit to play one of the best racing games of 1999 anymore.

That said, this was The Real Driving Simulator finally free from the shackles of the rapidly-aging PlayStation. The Sega faithful had no shortage of excellent racers to enjoy on their platform of choice, between the likes of Sega Rally 2, Test Drive Le Mans, and Ferrari F355 Challenge. But the Dreamcast’s Gran Turismo clone, Sega GT, handled awkwardly and lacked the breadth and diversity of GT2’s selection of cars and tracks.

Simply put, there was nothing quite like Gran Turismo on the Dreamcast, or any other platform for that matter. If Bleem only managed to pull off a one-to-one port of GT2 by way of emulation, chances are nobody would have been too displeased with the jumpy textures and inconsistent framerate. Fortunately, Sony’s least favorite group of developers had other ideas.

With Bleem, GT2 ran at a resolution of 640×480 — double what was possible on PlayStation. It also added anti-aliasing and bilinear filtering for cleaner polygons and smoother textures. If you were one of the few Dreamcast owners with a VGA output box and a capable monitor, the experience was practically like an HD remaster, only a decade before anyone knew what that meant. The PS2 and PS3’s backwards compatibility never came close.

No, the extra hardware didn’t transform GT2 into GT3 — but then, it didn’t have to. What it did was offer an objectively better way to play one of the best racing games ever made.

There were a few minor drawbacks. The visuals were so much clearer, suddenly the messy pastiche of screen-filling pixels that comprised GT2’s environment backgrounds were transformed into vast expanses of nothingness. Also, there was the problem of the unwieldy Dreamcast controller and its painfully sluggish analog stick. You could learn to make do with it, or use a racing wheel, but the DualShock’s absence was certainly felt.

Regardless, neither of those annoyances change the shocking verdict: Almost two decades on, the best legal way to play the crown jewel of PlayStation racers is still on another platform.

The catch? Not all Dreamcasts could run Bleem. 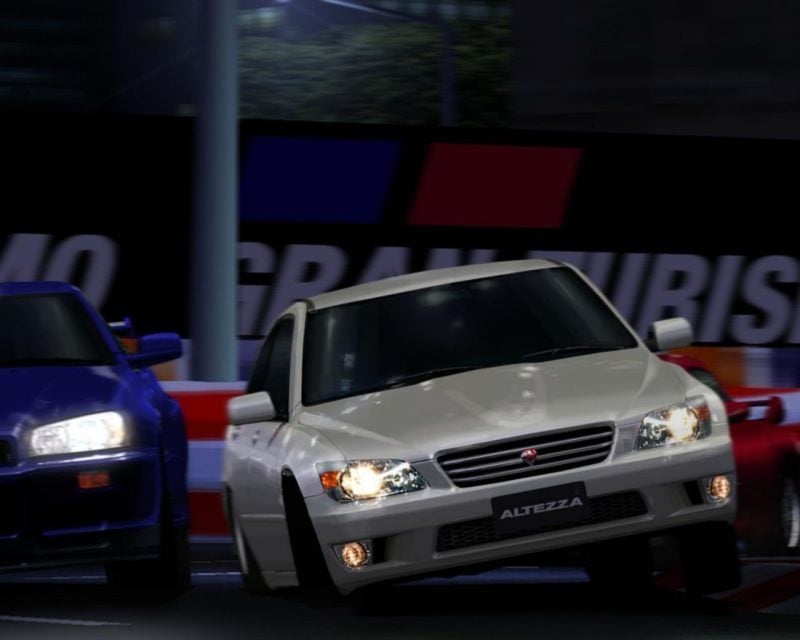 To understand why, it’s important to also understand how Bleem worked. Or, rather, how Sony and Sega were powerless to stop it.

Dreamcast games came on a proprietary media format known as GD-ROM. Bleem, conversely, was distributed via conventional CD-ROMs. The Dreamcast was never expressly designed to run games off of CD, but it did support another obscure format that made it possible.

In truth however, MIL-CD was not so much a format, but rather a way of packaging multimedia on CD-ROM in a way the Dreamcast could access. The technology was developed by Sega, in the hopes that new music albums might come with exclusive content that was only playable on its hardware.

Unfortunately, what MIL-CD actually did was unleash a wave of piracy, the likes of which hasn’t been observed on any console since. A Dreamcast would load any executable file on a CD into memory, provided that file was scrambled beforehand. Once pirates figured out what the system was looking for, they could rip any game that would fit onto a standard CD and play it effortlessly on an unmodified machine.

Without that backdoor, Bleem would never have been possible. Publishers paid Sega licensing fees for every GD-ROM ordered, as was standard practice in the industry. This meant Sega held final approval of any application released on its proprietary format. Surely the company would never rubber-stamp a PlayStation emulator, but because Bleem sidestepped GD-ROMs entirely, Sega had little more control over the situation than Sony did.

In case you’re wondering if that multimedia album thing ever took off, only eight of those were ever released, and all were exclusive to Japan. Not the best justification for a massive piracy crisis, then.

Sega eventually got wise to the exploit and removed MIL-CD functionality from new systems in late 2000, but there were still millions of suitable Dreamcasts out in the wild by the time Bleem made it to store shelves.

GT2, like many old racing games brimming with licensed cars and tracks, is forever consigned to the past. It is borderline impossible Sony would ever even consider releasing it again, as that would necessitate re-negotiating agreements with 32 manufacturers for over 600 cars — a massive, costly undertaking for an 18-year-old title with niche appeal.

Other genres don’t have this problem. Square Enix can continue re-releasing Final Fantasy VI from now until the end of time, and likely will. The company never has to answer to anyone, and is only limited by the typical constraints that factor into the development of any game, like the investment of time and money weighed against demand for the product.

The licensing dilemma, then, is really one unique to racing games and other types of sports titles. And it single-handedly squashes any chances the best examples of the genre have to be remastered or remade, and cultivate a legacy with a new generation of fans. To a certain extent, it could even be argued that the lack of opportunities to cash in on racing IPs after initial release discourages big name developers and publishers from investing in them today. From a business standpoint, no longevity is a tough sell.

As a result, dead racing games tend to stay dead. Normally, GT2 would be just another victim of those circumstances — if it didn’t have an unlikely savior.

Rest assured, I don’t expect anyone to hunt down a copy of Bleem and a Dreamcast upon finishing this article. For one, it’s quite an expensive undertaking; and let’s be honest, you and I both know there are other, far easier ways to enhance and enjoy GT2. 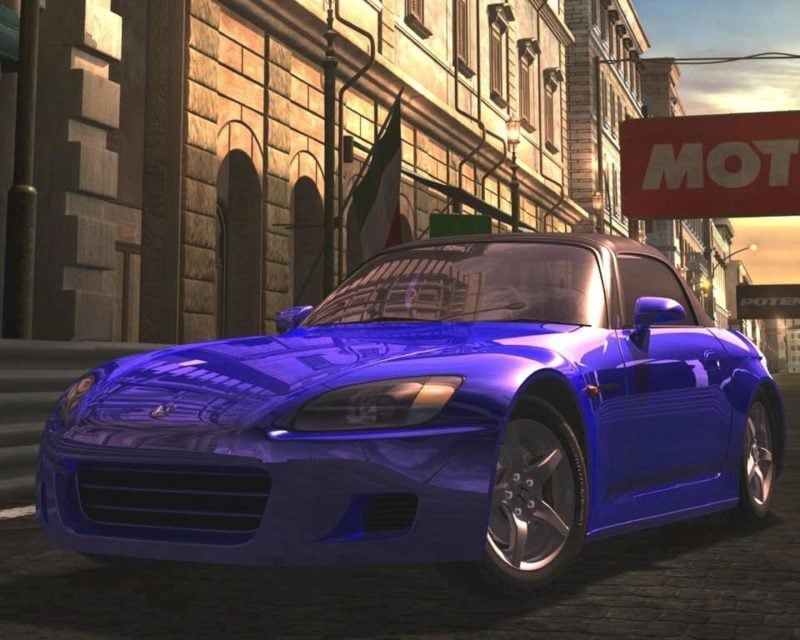 That said, Bleem legitimately gave the game a second life, and anyone who has ever attempted to go back and play their favorite 32-bit titles many years later can understand the value of that. Booting GT1 or GT2 on their original hardware is half a rose-tinted trip down memory lane, half an exercise in frustration as you struggle to make out corners 300 feet ahead. Bleem not only offered a practical solution to that problem, but made the entire experience much more pleasant.

What’s more, it was a veritable technological tour de force — or, at least Sony seemed to think so, as it hired Linden several years after the startup shuttered its doors. Appropriately enough, Sony Computer Entertainment America brought Linden aboard to work on emulating previous PlayStation systems on PS3, according to numerous reports at the time.

Today, Bleem is remembered as a cautionary tale, if it is remembered at all. But to reduce it to that discredits the achievements of a handful of ambitious developers, who showed the world what was possible through high-level emulation, and that no game — not even an esoteric sim racer — is ever truly dead.

Andrew Evans · Jun 27, 2017· Comments
GTPlanet had the opportunity to sit down with Gran Turismo series creator Kazunori Yamauchi as part of a round-table interview during the recent GT World Series Finals in Monaco.

Andrew Evans · Jun 27, 2017· Comments
One of the bigger stories surrounding Gran Turismo in 2022 is production finally beginning on the long-awaited movie of the same name.

Andrew Evans · Jun 27, 2017· Comments
As the curtain drops on another exciting season of the Gran Turismo World Series, Polyphony Digital is already looking forward to a bigger and better 2023.

Jordan Greer · Jun 27, 2017· Comments
Ferrari has finally unveiled its highly anticipated Vision GT project car during the Gran Turismo World Finals here in Monaco. As you might expect from the famous Italian company, it’s quite a looker!

Jordan Greer · Jun 27, 2017· Comments
GTPlanet is here in Monaco for the Gran Turismo World Finals and Gran Turismo’s 25th Anniversary event, and we had the chance to sit down with GT series creator Kazunori Yamauchi.