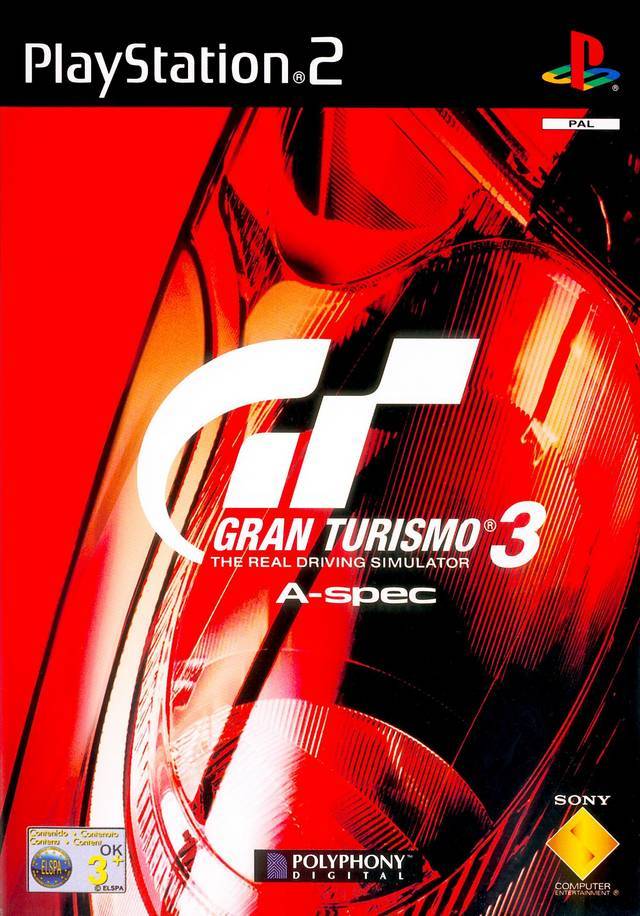 Although it has been many years since Polyphony Digital released its first Gran Turismo game on Sony’s powerful PlayStation 2 platform, we still remember it as if it was only yesterday: the impact it left, the presentation it offered. Today marks the 15th anniversary of Gran Turismo 3’s European release, so join us on a trip down memory lane.

The project for a next-generation Gran Turismo title began under the codename Gran Turismo 2000, but was subsequently changed to Gran Turismo 3 A-Spec due to a prolonged development period, requiring the game to be released a year later than originally planned.

The game launched in 2001 as a much different title compared to its predecessors. In place of the sprawling garage of GT2, players were met with a smaller list of largely modern cars: less than a dozen were from the 80’s or earlier. The cars lucky enough to make the cut utilized the new system’s extra horsepower however, presenting surprising amounts of automotive detail. Metallic paints sparkled in a way players hadn’t seen before, which in combination with meticulously-modelled cars increased the joy of (virtual) car ownership to a higher level.

Despite the smaller count, Polyphony made strides to curate a broad selection of cars. In terms of road vehicles, strong bonds with the automakers were highlighted with early access to cars. The Acura RSX, for example, launched in the real world barely before the game found its way onto shelves in Japan. The Lancer Evolution VII had only just recently gone on sale, alongside its WRX STI nemesis also featured in the game. The latest sports car concepts from Mazda and Nissan appeared, paving the way for the Concept series of titles that came after.

Most (in)famously, GT3 saw the inclusion of not only open-wheel formula cars, but Porsche and Lamborghini. The F1 cars were given different names, which just so happened to make deducing their origins all the easier: The F090/S was Senna’s V10-powered entry from 1990; the F686/M, the turbocharged six that Nigel Mansell steered for Williams.

Lamborghini arrived in the form of the Diablo JGTC racer for Japanese players, but a licensing issue scuppered its chances of appearances elsewhere around the globe. Similarly, the Porsche 911 GT3 was buried deep within the code, available only to those with game-modifying items like the Action Replay. Mechanically quite similar to the RUF RGT that also debuted in the game – and owned by Kazunori himself at the time – it remains the only time a Porsche has appeared in a Gran Turismo title.

Stronger hardware allowed Polyphony to implement things it simply couldn’t do before. For the first time in the series, the team managed to develop a different weather condition. Although the feature was limited to only one track and required a reduced number of AI opponents, Special Stage Route 5 looked amazing all soaked, boasting some of the most impressive water effects of that time.

There were other advancements outside of improved graphics. The Data Analyzer, for instance, allowed the player to make direct visual or graphical comparisons between two laps of their choice, and check their progress across multiple sectors. The Special Dynamic Replay mode turned our races into music videos, adjusting its visuals according to the beat of the music that was playing.

GT3 was the first installment in the series capable of running at 60 fps during all races. The first Gran Turismo hit the same target in the vaunted Hi-Fi mode, but it was limited to only one car on track at the night circuits. This increase in framerate performance allowed the game to significantly out-do GT2 in terms of overall presentation and the flow of the gameplay.

As ever, physics were an important part of the equation. The car handling model received significant improvements, modelling oversteer and wheelspin more realistically than ever before. However, cars remained relatively easy to operate to keep the fun factor high for casual players too. A good balance between realism and approachability was always a hallmark of the Gran Turismo series and in GT3 it was further refined.

Just as the physics themselves came in for improvement, the methods players used to drive them were tinkered with. Steering wheel support became a major focus: Polyphony specifically cooperated with Logitech to introduce special GT-branded peripherals. This partnership would expand over the years, with numerous wheels arriving alongside the latest GT installments.

The traditional Simulation Mode featured a massive career, dwarfing the original PlayStation iterations in terms of depth. It became distinguishable for its long championship events and pronounced usage of pit stop strategies during tougher events. Some of the hardest and longest races in the history of the Gran Turismo series were found in GT3 specifically: some of us still shudder at the thought of completing not just the entire Formula GT championship, but even the notoriously difficult one-make Vitz series!

By scoring a technological breakthrough on a newly-developed console, Polyphony achieved remarkable progress in the series, and set a firm benchmark for all future installments of the series. Spin-off titles like the Concept games, and GT4 in particular, benefitted from GT3’s strong foundation. Eventually it also became one of the best-selling titles for the platform – shipping almost 15 million units – and remains the best-selling GT title in franchise history.

To celebrate this milestone, our Editor Kyle has dusted off his PS2 and revisited the game. Stay tuned for the full details on the competition later today. GTPlanet members with access to GT3 will have a chance to win a prize… but so will those that don’t!

Gaming 155 Sep 16 by Gary Slater
Although we are still waiting for more news on Gran Turismo 7, Sony has officially started the countdown to the new console generation by revealing the price and release date…