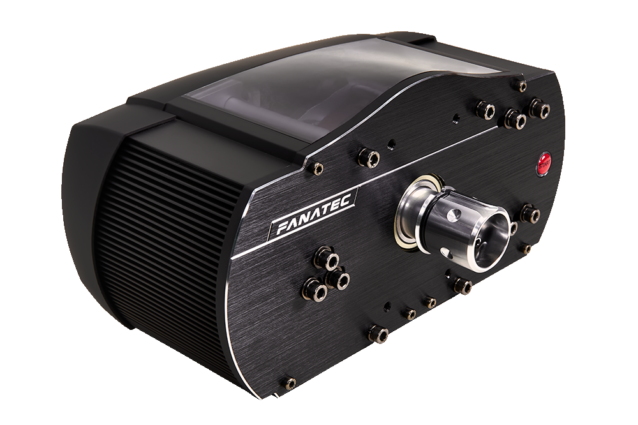 News has arrived out of Germany that Fanatec’s older racing wheel base, the ClubSport Wheel Base V2, has received a makeover and has been upgraded to V2.5. Even though the technology inside hasn’t been completely altered, the V2.5 does feature some noticeable improvements.

The ClubSport Wheel Base V2.5 incorporates a new brushless servo motor, which should provide users with enhanced force feedback and an increase in durability. Additionally, internal electronics have seen a change, with the USB update rate bumped from 500 Hz to 1000 Hz.

An advanced drift mode has also made its way into the facelift, which can, according to the official press release, “add a natural damper to avoid oscillation or a negative damper which will speed up the wheel while turning.”

On the visual side, things stay the same for the most part. One difference though is located on the front plate, featuring an etched-in Fanatec logo onto the aluminum with an anodized finish.

Thanks to the high supply and demand, Fanatec has managed to reduce the price of the new PC and Xbox One compatible wheel base to $499.95, a $100 saving compared to the cost of $599.95 for the V2, and can be purchased on the Fanatec website. People who have placed pre-orders on the CSW V2 will have their order automatically upgraded to the V2.5.

What do you think of Fanatec’s latest product? Will you hand over your money or will you be keeping it in your pocket? Let us know.