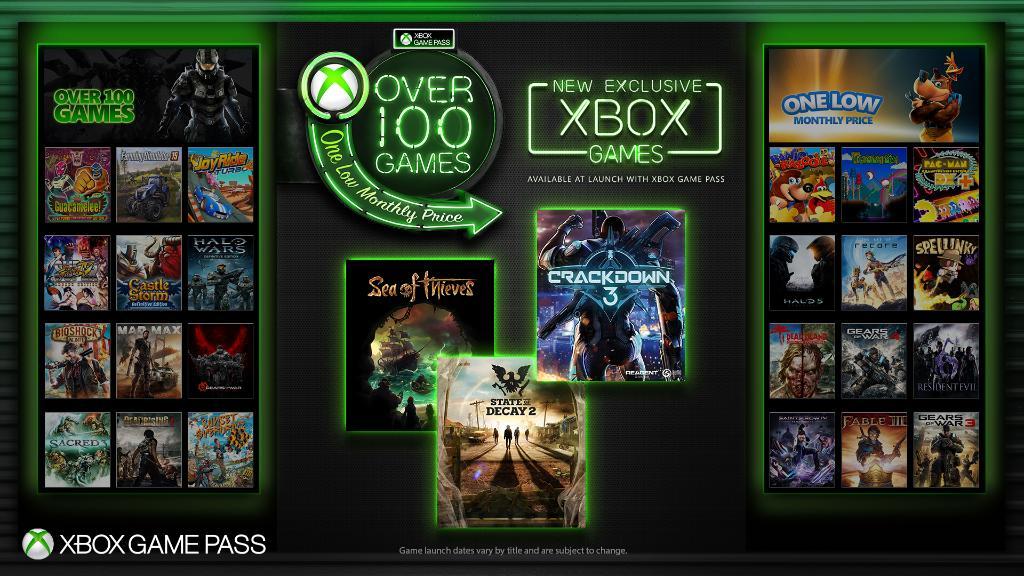 Microsoft made waves earlier this week when it announced that all future first-party games will be available on its Xbox Game Pass subscription starting on release day.

This means that for $10 per month, gamers will have access to titles such as Sea of Thieves, Crackdown 3, and Halo the day the games release. Or, more relevant to racing game enthusiasts, the Forza franchise.

The Redmond-based tech company first unveiled the Game Pass last March. When it got going a few months later, the Netflix-style approach offered over 100 games, which cycled in at out at regular intervals. Like the movie streaming service, new releases tended to show up slightly after their retail launch.

Sony launched a similar program with PlayStation NOW back in 2014. The big difference there is that games streamed to players; with Game Pass, the full game is downloaded to the system. So long as the subscription is active, the title is playable.

It’s certainly an interesting proposition. Games aren’t getting any cheaper — despite digital sales making up a larger and larger percentage each year. At $120/year, Game Pass would be level with two full-price titles. Of course, the big difference is you wouldn’t own the games if your subscription were to end, nor could you resell them (though that’s true of digital purchases already).

The move to include first-party titles on release day also could have a big impact on visibility and player counts. The first title to launch under the new plan is Sea of Thieves on March 20. A shared-world action-adventure game, it may not appeal to some players for $60 on a game store shelf. But if they’re a Game Pass subscriber, the only barrier to trying the game out is the download itself.

Could a lower cost of entry entice players into spending more on post-launch content? It’s one option. Talking to Business Insider about the new approach, Xbox head Phil Spencer touches on that very thing:

“some people will draw almost a one-to-one analogy between a PlayStation Now or a Game Pass with a Netflix or something. Forget about one being download and one being streamed, but more that subscription model. I think that business model diversity in video games is a strength of video games. It’s something we should all make sure we don’t take for granted, that when customers find a great game and they love it that they’re willing to continue to invest in that game. And, frankly, when they’re not, they’re pretty vocal about not liking the business model diversity.”

Spencer’s last comment brings to mind the brand’s disastrous E3 2013 presentation. There, game ownership sounded like a nightmare, with physical copies that you couldn’t sell (or even lend). There was no diversity. After the inevitable backlash, Microsoft walked the idea back to a more traditional approach.

Now, only five years later, the Game Pass could be a much more palatable proposition. It’s not replacing game ownership anymore than Netflix does with movies, or Spotify does with music; it’s offering an alternative.

Regardless of platform, would you consider this approach for your own gaming experience? Sound off in the comments section.