The Super Formula Series is a new series here at ARL and is going to be the testing bed for Open Wheel Racing for our league and the drivers who compete in it. This series will utilize both of the SF19 Cars in GTSport. These cars are identical cars so it is up to the driver to showcase their skills to get the top spot. But that is not all, this series also uses success ballast. This ballast system helps keep the grid tight and making those faster drivers work harder as the season goes by. This will be a no tuning allowed series. There will only be a maximum of 16 open slots for this first short season so sign up if you plan on making all the races!

What if you don't sign up in time? No worries. You will be placed on a reserve list and called upon if one of the 16 drivers can not make the race. If the reserve list gets really full with interest we will have the ability to run multiple servers like our GT3 Saturdays. That has yet to be planned though. SO if you are interested sign up! Even if you don't make the first 16 slots. You will have a chance to race these super fun machines! The more the better!


Information for the series is stated below:

All 16 drivers must be in the voice chat at all times during the race and qualifying. Even if you do not have a mic. Keep Mic at reasonable volume

Lobby times:
The lobby will open around aprox. 9:15pm central standard time with qualifying aiming to start around 9:30ish

Lobby Settings:
Tire wear x3 Fuel x3
Flag Rules on
No driving aids with the exception of ABS
No Tuning
No BoP
Fuel 3/4 tank
Damage set to light(IR system will be in place so no dirty driving or penalties will be accrued and possible suspension.)

Qualifying:
This will be 1 shot qualifying. You will be sent out 1 at a time to do your warmup lap, Qualifying hot lap and your cool down lap. After your laps are completed you may back out but stay Greened up(green check mark in the server) so your time counts for qualifying.
Will run on Racing Soft tires only

Race:
After a short break the race will start with a grid start and false start check on.
Grid with False start check on. Be extra careful on the first lap at every turn.
Will run on Racing Soft tires only
Fuel at Start of race will be set to 3/4ish of a tank
During the race all drivers are required to make 1 pitstop for tires or fuel after pits open. There is no maximum limit to pitstop taking.
Pits open for pitstops Lap 7(unless otherwise stated by a yellow flag). This means as soon as one crosses the start/finish line and the lap counter says "7" pits will open. If you enter the pits and your lap counter says "6" a penalty will be accrued.
Clean racing is a MUST. Damage will be set to light but that does not mean to make crazy moves and cause issues. A race can be ruined by a dirty move. Race others how you want to be raced.
Be considerate with your mic volume. If it's loud and others are kindly asking you to turn it down a little bit please do. Not all of us has PS5's.

Caution Flag:
As some of you have experienced in Tuesday Night Endurance and Wednesday night GT4 league we will have a single caution during the race. Unlike those nights this will not be a competition caution. Only 1 Caution will be allowed per race and will proceed as follows.

A. A caution will be allowed to be called if 2 or more cars are involved in an accident of which taking at least one of those cars out of the race.

B. To call for a caution 2 of the drivers involved in the accident must type in the chat "CC"

C. The race host will then call out the caution over the mic in the voice chat with the directions on what to do.

D. The pits will be closed when the caution is called until the race host says they are open.

E. When lining up for the green the cars will line up 2 x 2 in their respective positions

F. The green flag will come out at a designated spot on the circuit. This spot will usually be the start/finish line but may change due to circuit layout to make for a fair start for all cars. The lead car will not start UNTIL they read the designated spot. If lead car has a mic they are welcome to inform the rest of the field the green has been waved. Do be wary of cold tires and try not to cause another accident for there will not be another caution. Stay safe

Livery Rules:
Drivers must make their own liveries or have someone make them one fitting the livery guidelines for the series. They can be as simple as changing the color of the car and adding the required decals or be extravagant works of art.

Tire stickers for the series must be on all cars and will be set as "Goodyear" tire sticker.

Required Decals:
Required decals are the 2 ARL Super Formula Decals. Car numbers are also required but will not be supplied.

See screenshots below for proper placement and alignment. 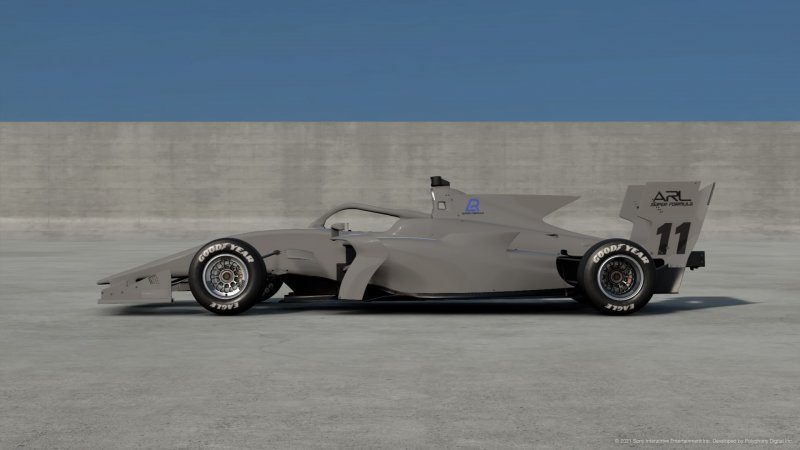 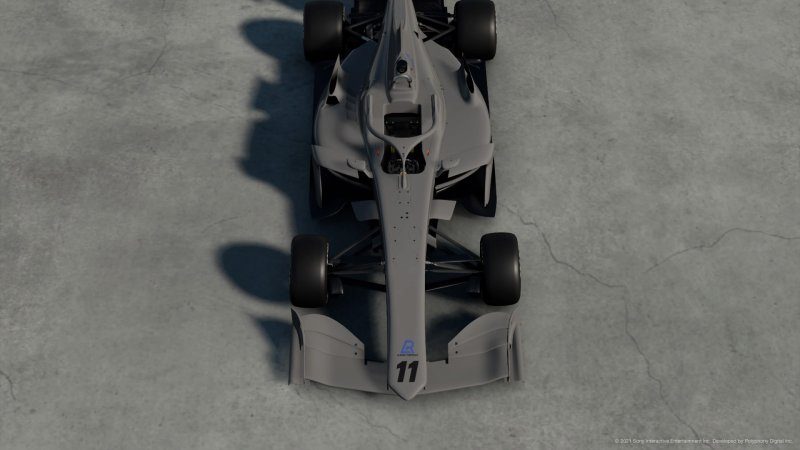 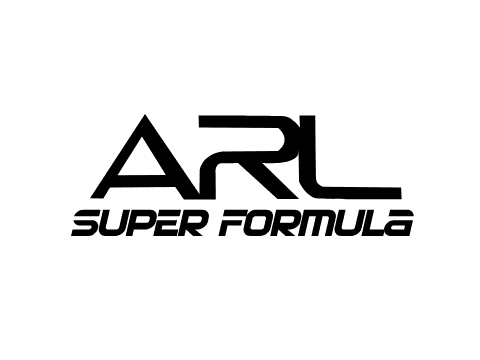 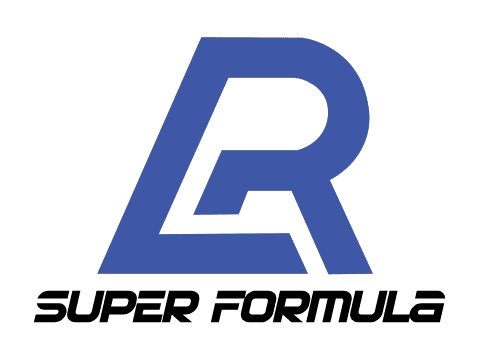 
Last Note: These are open wheel cars and do not have brake lights or indicators. Please drive using your head and better judgement. If you are following close behind another car pay attention to when they normally brake or when the car starts to slow down. Your eyes should be looking not only at the car in front of you but also past that car. If there is a lot of traffic in front of you close by each other and fighting for position it should be obvious that you are not going to be able to brake at the normal race line brake markers without taking the other cars out. These cars are great but they are not that great.

Aside from that have a great time and do your best. Mistakes can be forgiven. Stuff happens. All skill levels are welcome. The only way to get better is to do! There is no try, there is only do or do not.
Good luck racers! Lets have fun!!
Last edited: Aug 8, 2021

A maximum of +10weight can be allocated.

Last place will receive -1 Weight. Can not go below stock weight setting.

Keep up to date with the Original Post as I will continue to add more information. Also, just in case I missed something.

So in...on auto confirm, get that out of the way now too lol

In, auto confirm. What else am I going to do on Gr3 off nights?

Sign me up but feel free to move me to reserve status if 16 ”gold” drivers want in, I am likely to be at the very back of the pack and don’t need to take up a spot that can go to a more competitive driver.

If Hector doesnt mind loaning me some Spoon engines, then I'm in!!

Off to a good start on entries so far!

I should have the rest of the information posted in the original post sometime this evening.

@Moby45 I am interested, what day of the week are you racing?
P

Saturday. There will be breaks in gr3 schedule for this series.

PApunk924
Saturday. There will be breaks in gr3 schedule for this series.
Click to expand...

Bummer, trying not to race on Saturdays...

Everything is updated. If I missed anything or you have questions let me know. Hopefully TokyoDave will write up one of those fancy spreadsheets for this series.

Required Decals:
Required decals are the 2 ARL Super Formula Decals. Car numbers are also required but will not be supplied.

Can these be changed to white if we use a dark livery, or should we put a white border behind them and keep them dark blue and black?

triebs2
Required Decals:
Required decals are the 2 ARL Super Formula Decals. Car numbers are also required but will not be supplied.

Can these be changed to white if we use a dark livery, or should we put a white border behind them and keep them dark blue and black?
Click to expand...

They are able to be changed in the livery editor. 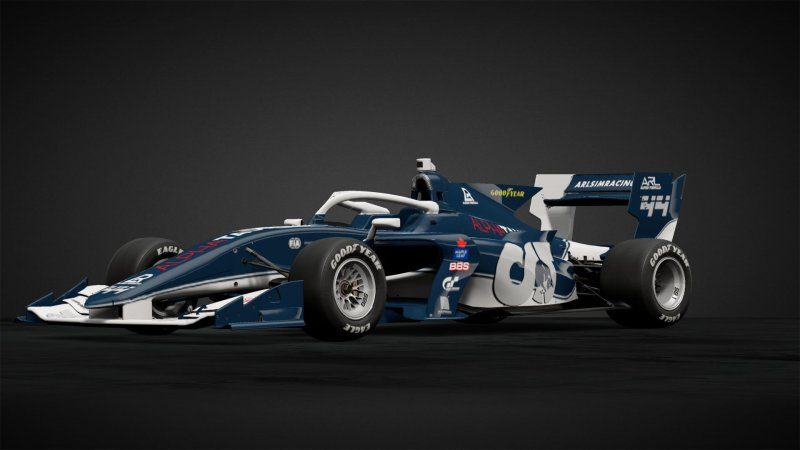 Is tuning allowed?
What times will these take part in?
Fairly interested but just need to know these two details

CinnamonOD
Is tuning allowed?
What times will these take part in?
Fairly interested but just need to know these two details
Click to expand...


No tuning will be allowed.
P

I will be attending on a consistent basis.

Count me in please.

Must've missed it on my first read

Thanks for pointing it out

Will sign up full time
My PSN ID is MRT_Cinnamon

Also note, I edited the OP. Racing soft tires will be the tires we use for this series. Tire Wear and Fuel settings are being tested. By this Saturday everything should be up to date to get ready for the 1st race of the season!

Also note, I edited the OP. Racing soft tires will be the tires we use for this series. Tire Wear and Fuel settings are being tested. By this Saturday everything should be up to date to get ready for the 1st race of the season!
Click to expand...

Nice!
But if you see this and think it is full in a couple of spots remember I am totally willing to be a reserve. I don’t mind at all. So don’t hesitate to keep signing up please.