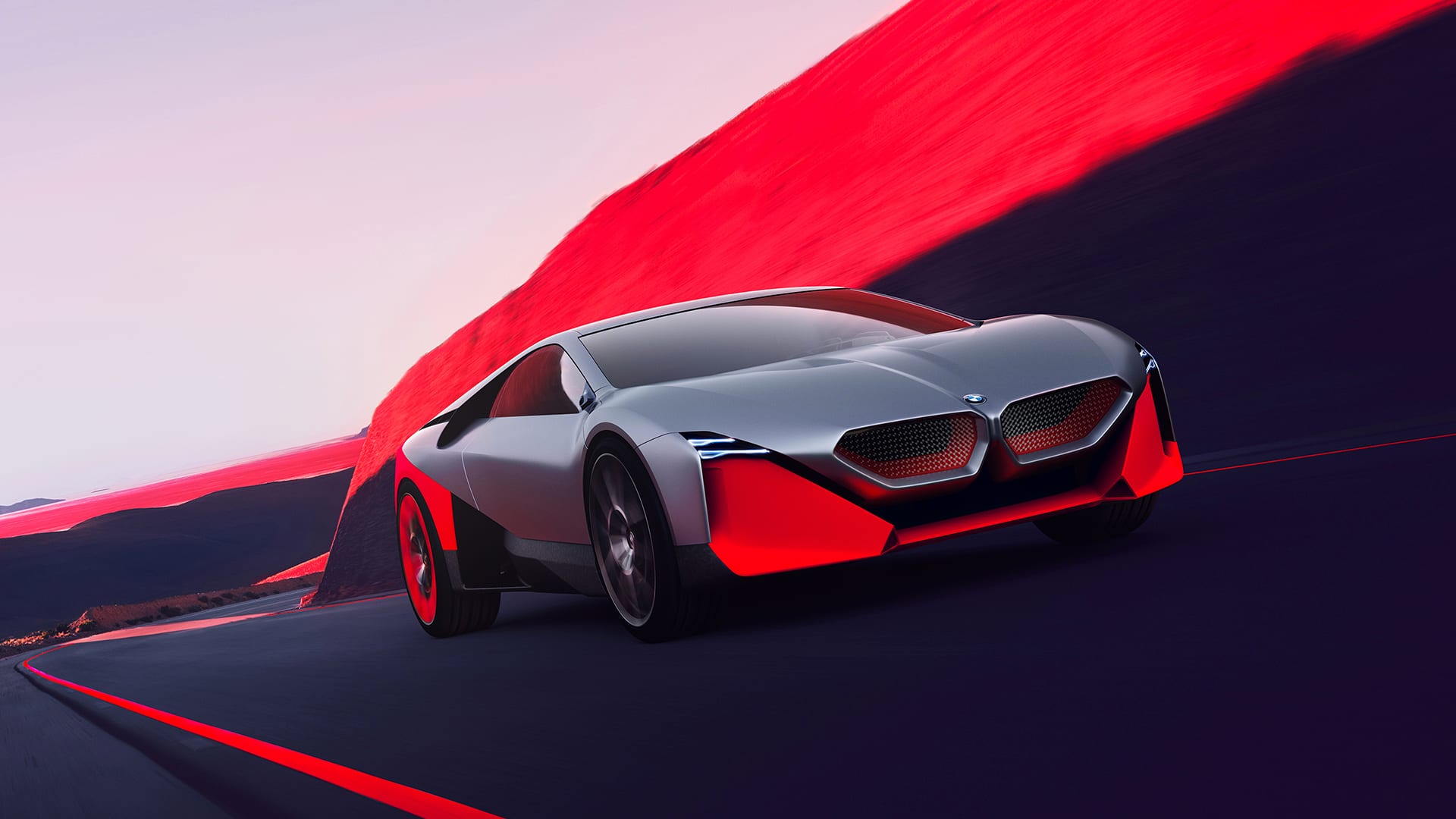 The i8 amplified BMW's EV cred when it debuted in 2014 (as did the i3 when it debuted the year prior). But both of these EVs are aging, and with newer, more advanced alternatives on the market, BMW needs to up its game. Enter the Vision M Next Concept coupe: a new, electrified two-door that previews the future of BMW’s battery-powered tomorrow.

Debuting at BMW's NextGen conference in Munich, the Vision M Next Concept shares a lot of its styling details with the i8. But the latest BMW concept introduces what the company calls its "D+ACES" building blocks of the future. That initialism consists of five key points: design and autonomous driving, connectivity, electrification, and services. Dig a little deeper, and those unusual details set this stunning coupe concept apart from its production sibling.

The BMW Vision M Next Concept distinguishes itself visually from the i8 (and anything, really) with unique color blocking at both ends. The front and rear portions of the vehicle, finished in a matte neon Thrilling Orange paint job, pop against the rest of the concept’s silk-matte Cast Silver metallic paintwork. The wheels are notable, too. The front rims wear a traditional silver-and-black two-tone finish, while the rear sets use the same spoke design, but now with Thrilling Orange inserts to match the body.

Of course, the iconic dual kidney grille carries over. And as with most modern BMWs, it takes up a significant portion of the front fascia. In this case, it also hides Thrilling Orange inserts behind it. But the M Next Concept also marks the debut application of innovative Laser Wire light technology. BMW describes the new light technology as, "a single wafer-thin glass fiber that produces an abstract ECG trace of a heartbeat fashioned with pin-sharp precision."

Power for the M Next Concept comes courtesy of a four-cylinder gasoline-electric hybrid powertrain producing a total output of 600 horsepower (441 kilowatts). All that power gives it a blistering zero to 62 mile-per-hour (100 kilometers per hour) time of 3.0 seconds, and a top speed of 186 mph (300 kmh); an available "BOOST+" function adds extra oomph at the push of a button. All the while, the M Next Concept still manages up to 62 miles (100 kilometers) of pure electric driving.

The M Next Concept’s interior is as radically styled as its exterior suggests. Facial recognition opens the gullwing doors with simply a glance. Once inside, an augmented reality head-up display, curved glass center display, and sleek digital dashboard display information in real time.

"The BMW Vision M Next provides a glimpse into the future of sporty driving," says Adrian van Hooydonk, senior vice president of BMW Group Design. "Where the BMW Vision iNEXT illustrated how autonomous driving is set to transform life on board our vehicles, the BMW Vision M NEXT demonstrates how state-of-the-art technology can also make the experience of driving yourself purer and more emotionally engaging." 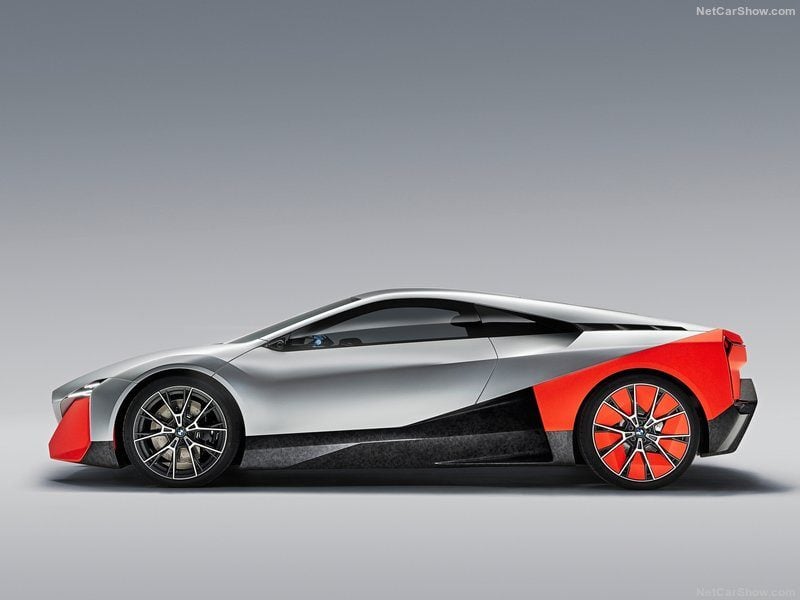 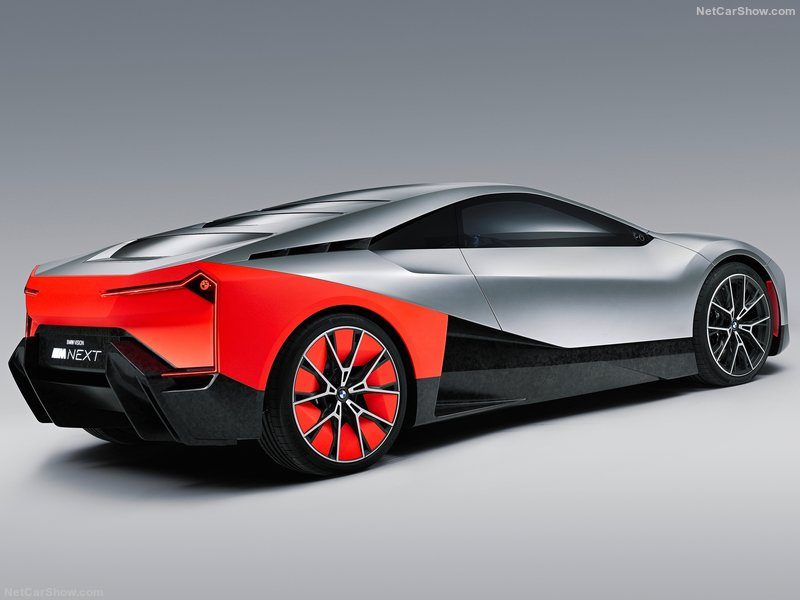 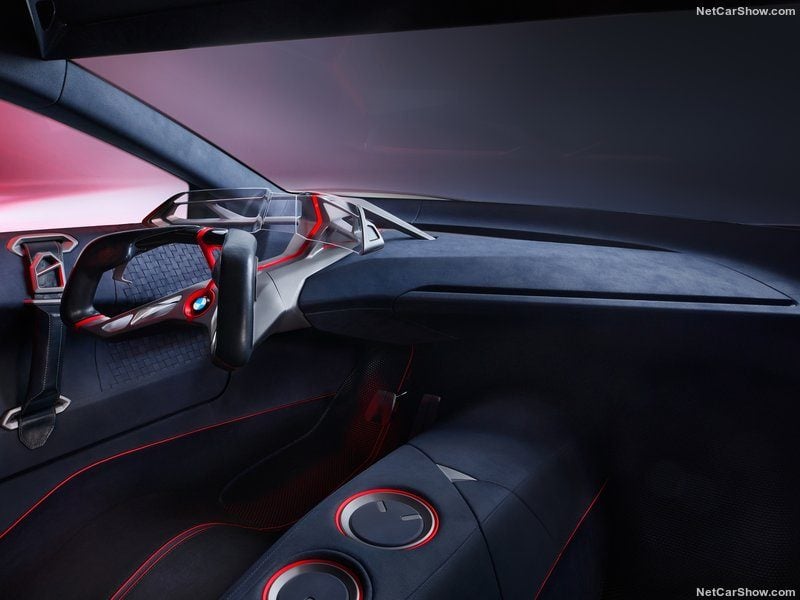 ...I'm usually in favour of sleek two-doors like this one, but this particular Beemer is an eyesore. The individual bits aren't that bad, but when put together, it just looks unbearable. The splash of orange doesn't help, either. 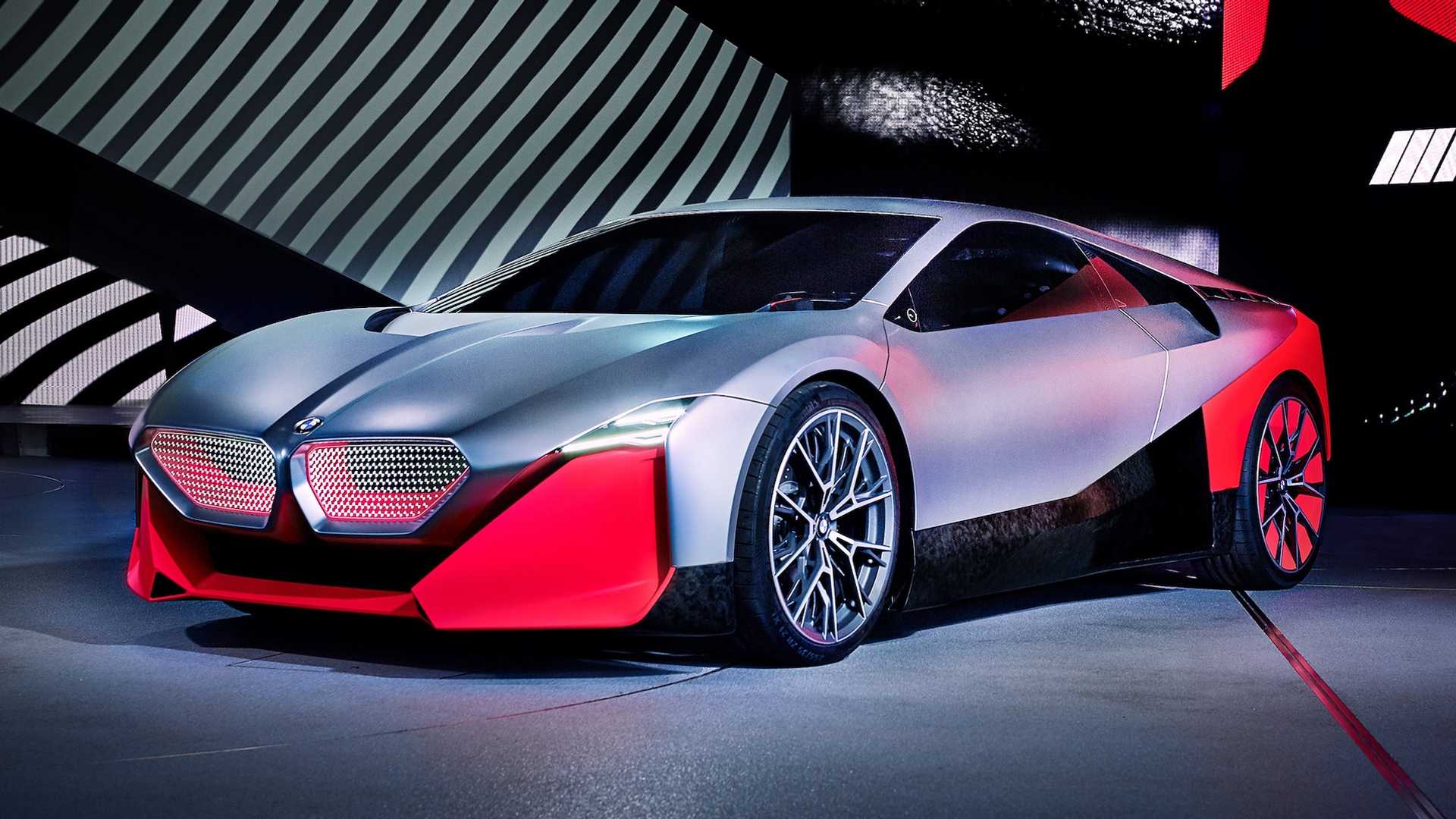 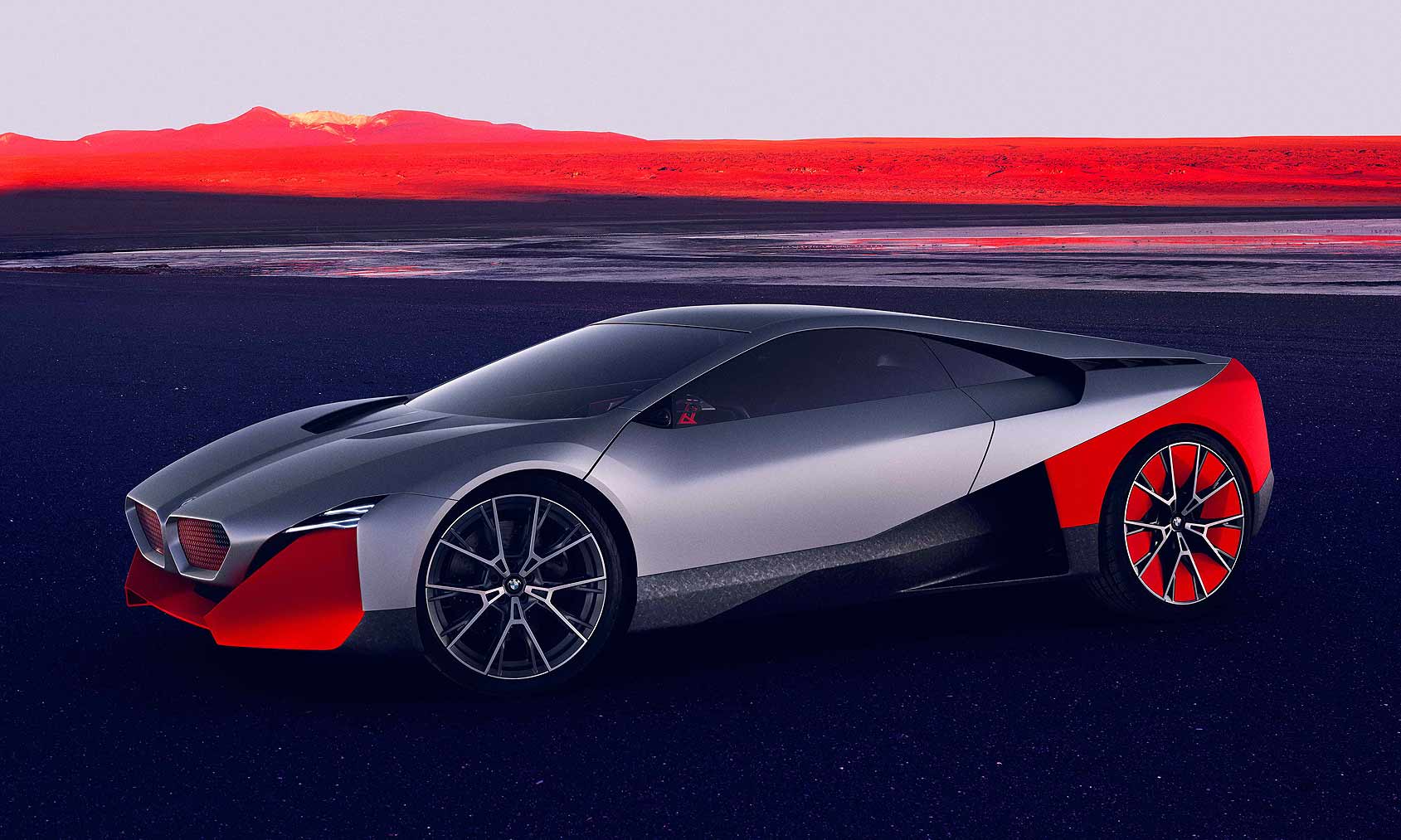 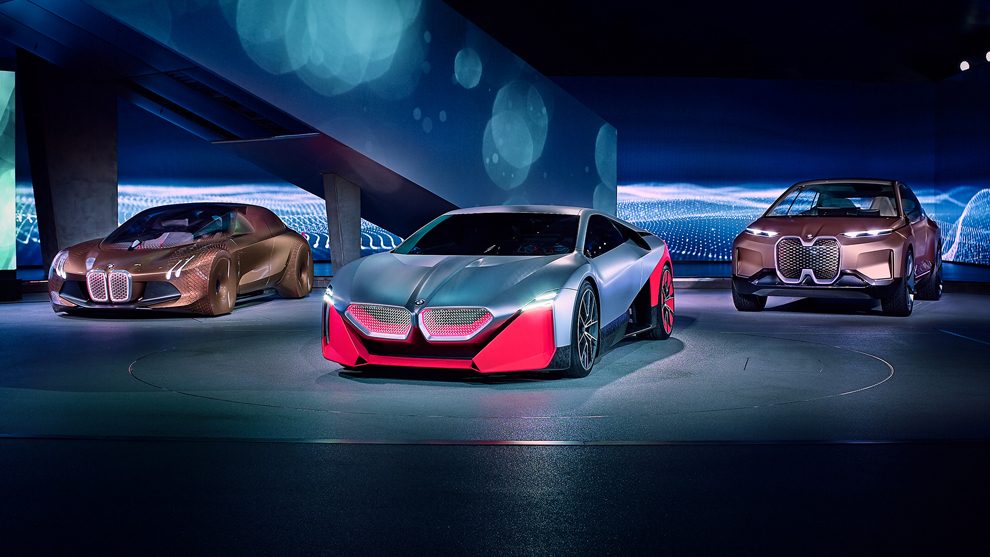 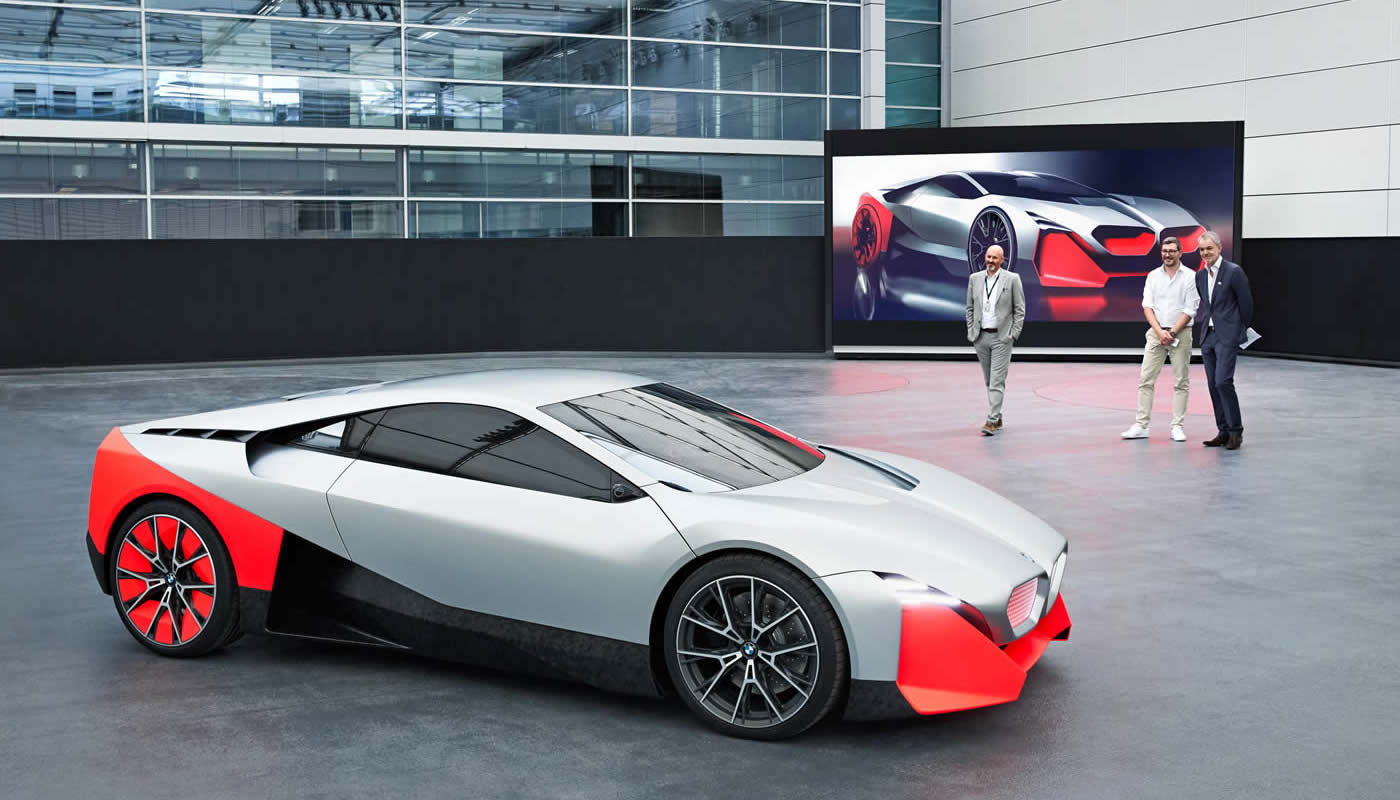 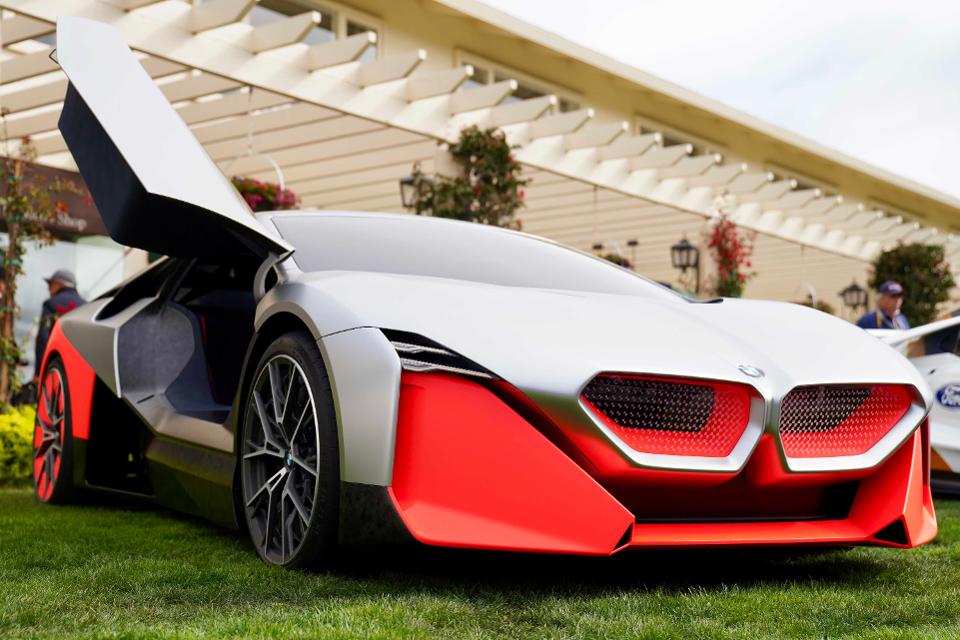 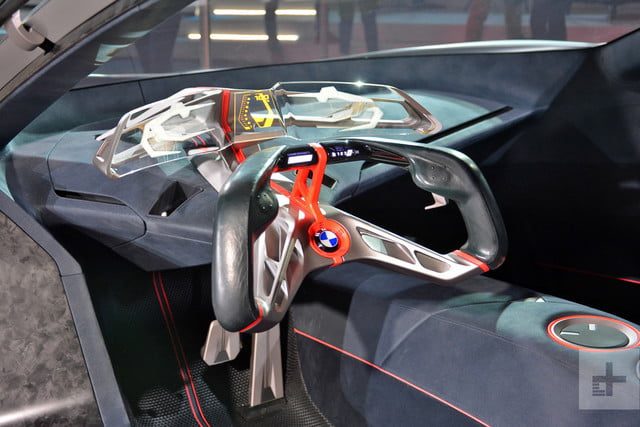 Other awesome cars are here