Bologna_Duc
I am doing some tuning/test in a lobby if anyone is looking for track time.

I'm at work now, but I will have a night owl room open around midnight-12:30am est as well.

Running late tonight at work. Will be on closer to 1am est if anyone is still online.
Last edited: May 14, 2020

Online. Make it a bit easier for you, lobby up.

Bologna_Duc
Online. Make it a bit easier for you, lobby up.

Just left work...got stuck waiting for 4 trucks at my last sight. About 30 minutes out. 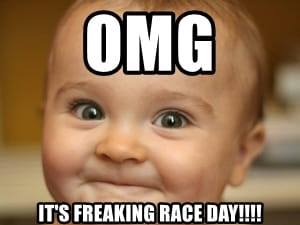 Well I stayed up late last night fiddling with set up (and even woke up an hour late this morning for work). I came back to where I started and just upped the rear right height from 6.18 to 6.42. Seems to take a little bit of the understeer away while still manageable. One would think playing with anti-rollbars would yield a larger impact, but for me, I just don’t feel it.
Once again, I feel like I’m in trouble because I struggled and struggled to get into the low 2:24s 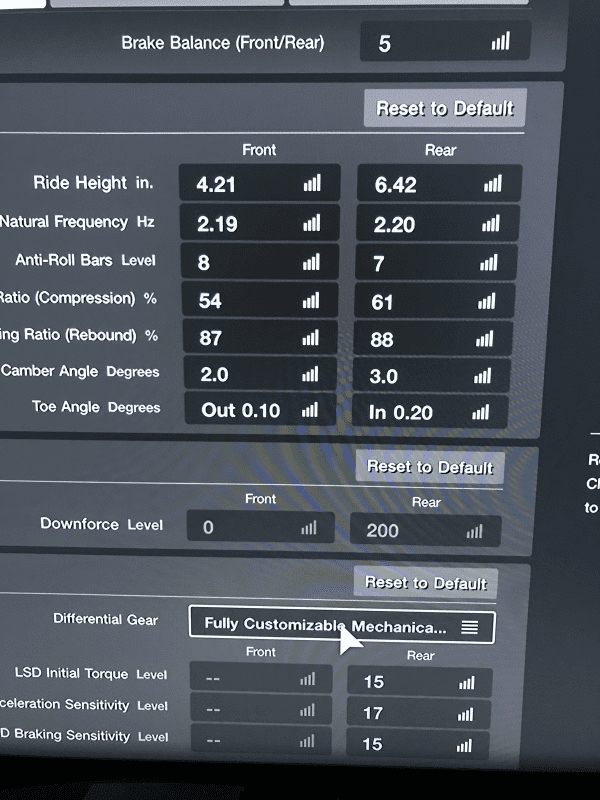 Have you tried lowering Initial Torque and Braking Sensitivity? 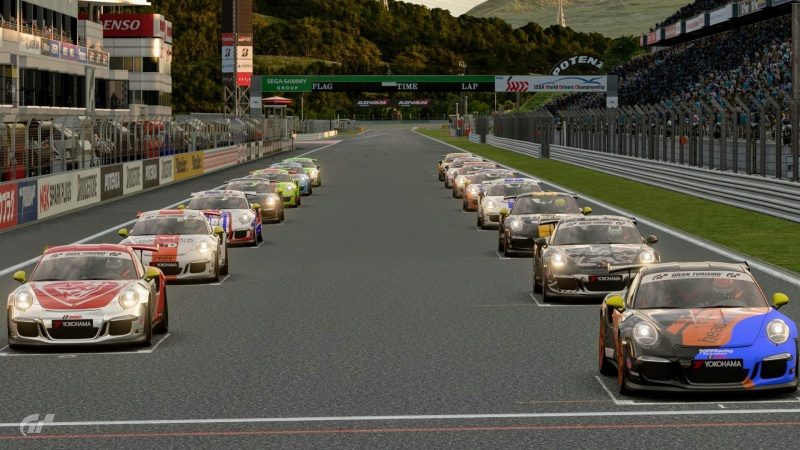 Event #11
May 15th, 2020
at Kyoto Driving Park
Yamagiwa+Mayabi
Pre-Race
Driver's Briefing​
Here we are, about 8 hours to race time for our next to last event of Season 1 at Kyoto Y+M. Looks like another 16 car grid with our latest sign up @ATG_SuperGT covering as a Reserve for his first Event in the series. Good luck and welcome.
Kyoto seems to be presenting some disparity in pace between the Platinum and Gold Classes. Some of the Gold Class Drivers are posting some lightning fast laps, while the fastest among the Platinum are a little off the pace. Let's see if the consistency of the Platinum drivers and strategic defense can fend off the Gold Class attack.

Driver Points and Team points are heating up, and look to be brewing up to a race to the finish.

Drivers are reminded to be patient in the opening laps, especially in the tight S section going up the hill. Observe your racing lines, avoid contact as much as possible, and concede when necessary. At Fuji, the elbows seemed to be out a bit more than usual, so let's tighten it back up and continue the amazing racecraft that has been showcased throughout this series all season.

Race Room opens for entry and warmup at 9pm est. Please verify you are on the correct tires and in the correct livery. All entries must be in before qualifying which is set to start at 9:15pm est.
(Primary Party Chat will be opened just before the room creation)

**Please be reminded that the grid will be set manually after qualifying to allow drivers to return to the lobby to perform the "NO ABS Bug" work around. See below:
1.) After qualifying, exit track to lobby, but do not cancel your entry (green check mark must stay selected)
2.) Go to your "Options" icon, change/verify your desired settings
3.) Go to "Members List" at top of the screen to verify everything is right.
4.) Wait for race to start.
This sequence must be done before race 2 as well, so repeat the steps above between races. (No need to cancel entry)**

I tried the initial torque setting at 5. At first, I thought it helped a great deal but when I came back to it in a subsequent session, I wasn’t so enamored. Braking LSD, I haven’t changed, as the car seems happy under braking. I even have the brake bias to 5!

Anyone on to put up a practice lobby?

CPT_RowdyGiff
Anyone on to put up a practice lobby?
Click to expand...

You're livin' in the past, man!

@llNovall Sorry for the last minute change but I can't make tonight's race. I’ve been called back into work. Have fun, guys!

FYI, JohnnyG_91 will be running cockpit cam. Keep that in mind when racing around me.

@llNovall Sorry for the last minute notice but I can't race tonight. I was really looking forward to it too.

Get somebody to hold your beer and try this 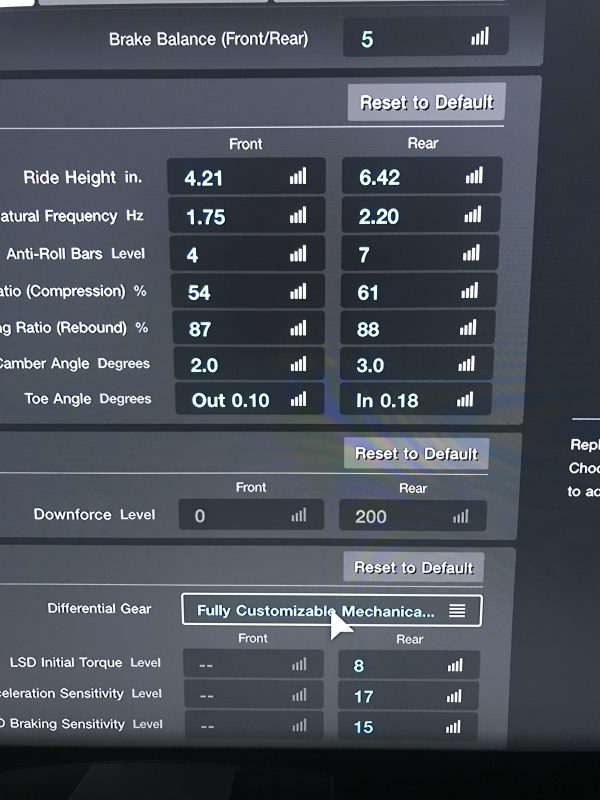 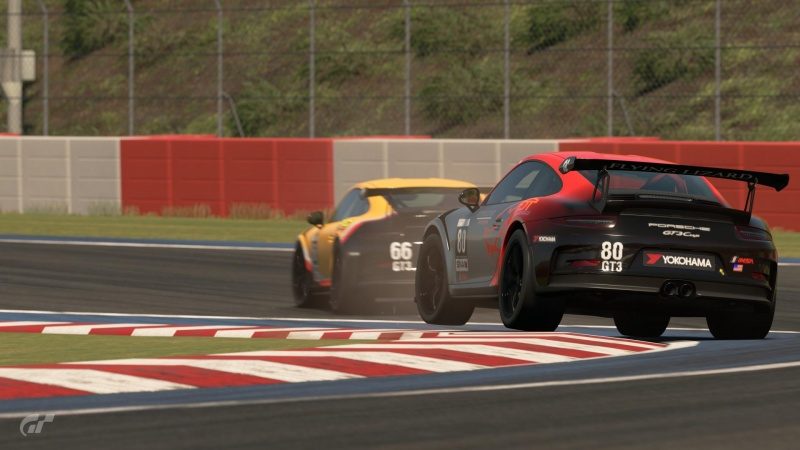 Event #11
Post Race Report​
Well Fellas, great night of racing for some, and so so for others. @Phlano099 had some very fast and consistent pace that earned him the overall win on the night, and now has him under review for a possible move to Platinum.

@MBarry and @Roman_GT23 who posted laps in the same pace may be his saving grace as well as @Bologna_Duc and @TEX36 with some blistering laps. More review on the lap data will be looked at in the lead up to the finale before a promotion decision is made.

@MBarry, great racing with you in race 2, and an awesome 2:21.7 lap on race hards in Race 1. Nice job:tup:.
@Noob01_lmdead, unbelievable race in Race 1. I tried everything to keep you behind me, but one mistaken brake point opened the door enough for you to get by and you ran away from there. Just know, I was pulling out everything I had to defend that #6 spot. Great race

.
And @Bologna_Duc! Absolutely amazing race with you in race 2. You had me in pace dead to rights which literally had me racing in my mirror from the start. No matter what I did I couldn't shake you, and then MBarry got involved, then Phlano, then even raul got his nose up in there. Those last 2-3 laps of race 2 from 1st to 6th is worth a watch. Some amazing racing with a great group of racers

. I was cooked and mentally exhausted after that dogfight of a race.

@ATG_SuperGT, race 1 wasn't very kind to you, but you certainly put up a great fight for most of Race 2. For a first race Event with this group, you did great and held your own. I hope you enjoyed the racing and competition and are interested in being available if needed for the finale at LeMans on June 6th. Also, hoping you are interested in coming on for a primary spot for Season 2, and if your looking for more Friday night action, take a peak in my signature, as I have a Michelin Pilot Cup Challenge Gr4 series also through Snail that will run the opposite of this series. You would be a Reserve, but I would expect for you to see plenty of racing action, especially if you choose a TCR Class Reserve entry. Glad to have you with us tonight, and hope to see you race more with us down the road.

I'm going to drop the live Scoresheet below which is only partially filled out for now, but has the event placements and points along with driver and team standings updated with drop scores counted. Looks like @Rob Brown will secure the driver's Championship for Season 1, Congratulations!!

However, the Team Championship is still up for grabs between TPC Racing and Flying Lizard Motorsports...separated by only 3 points going into the finale. Going to be all on the line for the team points in the finale.
Later in the week, I will add Photos and Videos of this Event to this post as they are captured.
Always great racing with everyone, and I'm already looking forward to our next one. 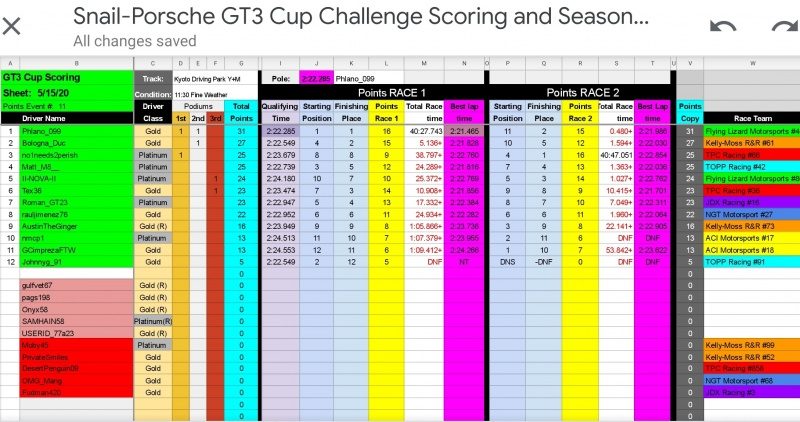 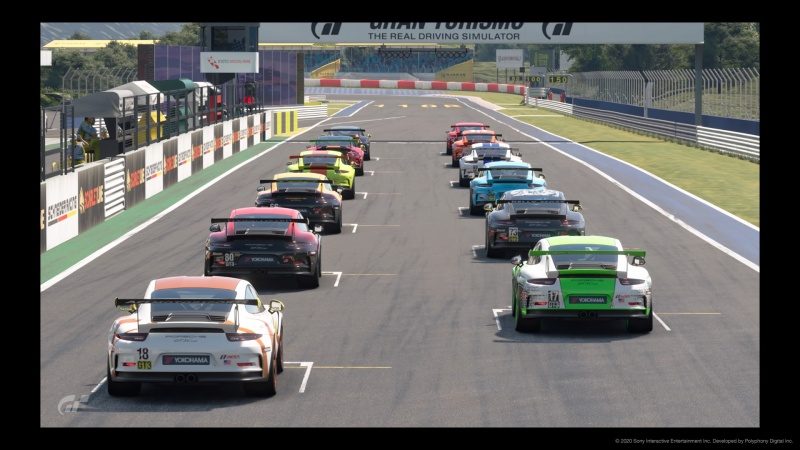 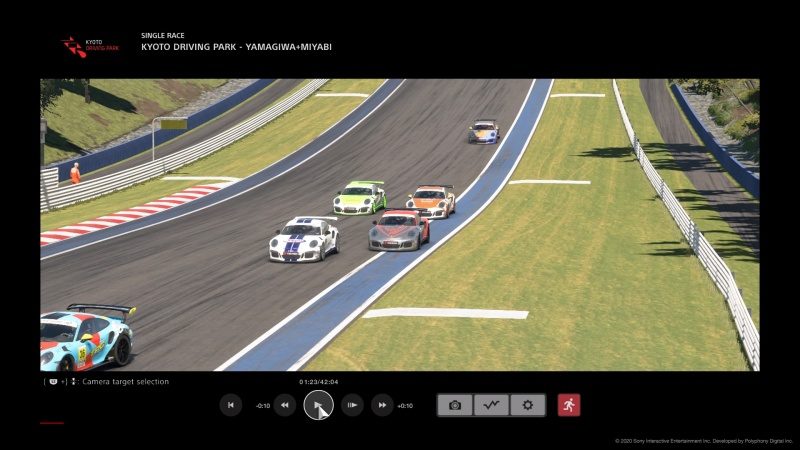 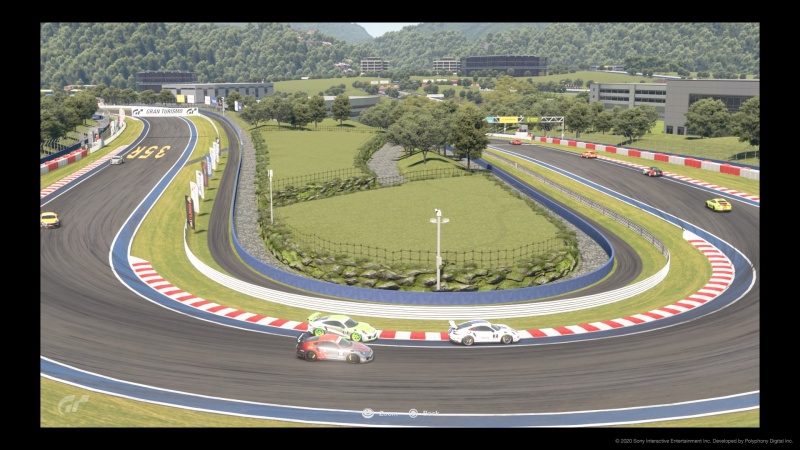 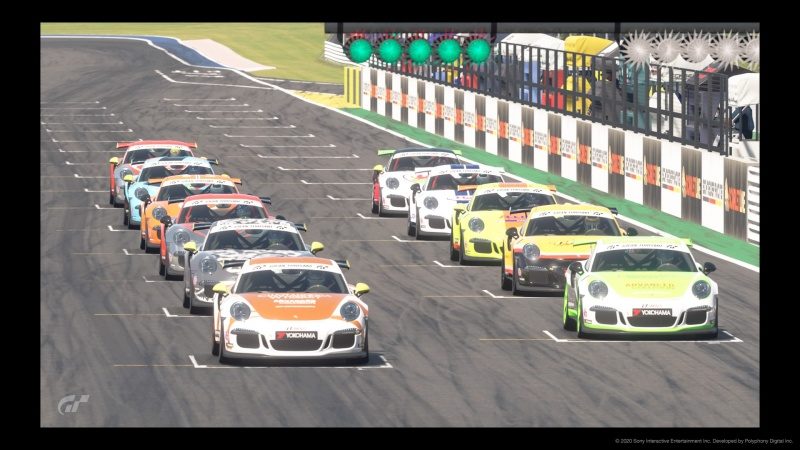 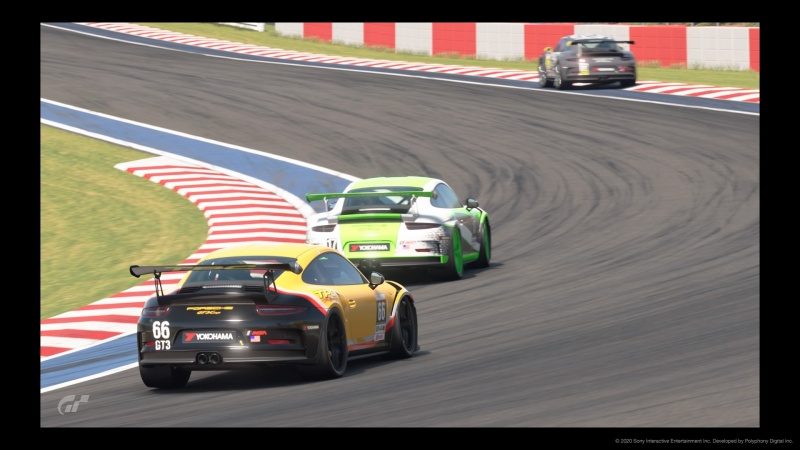 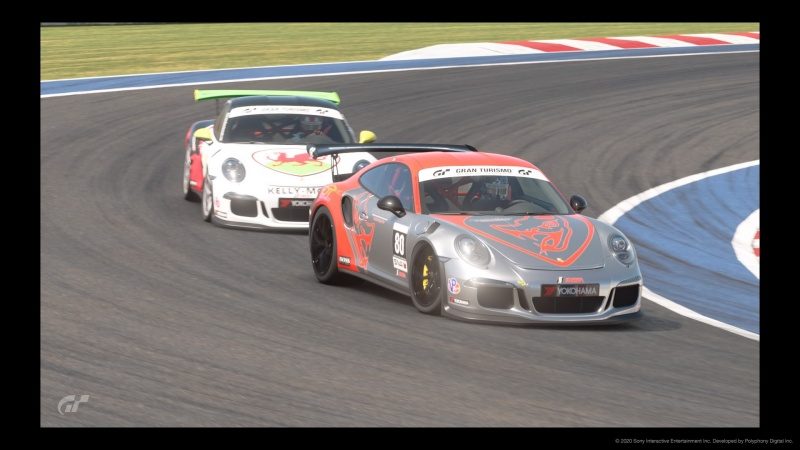 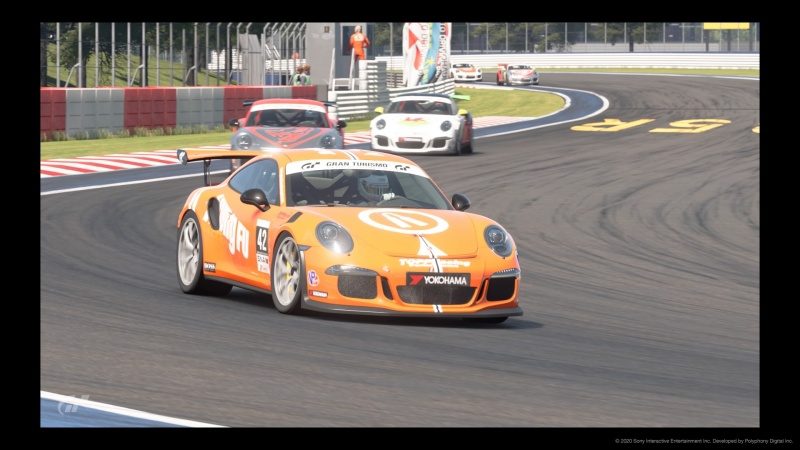 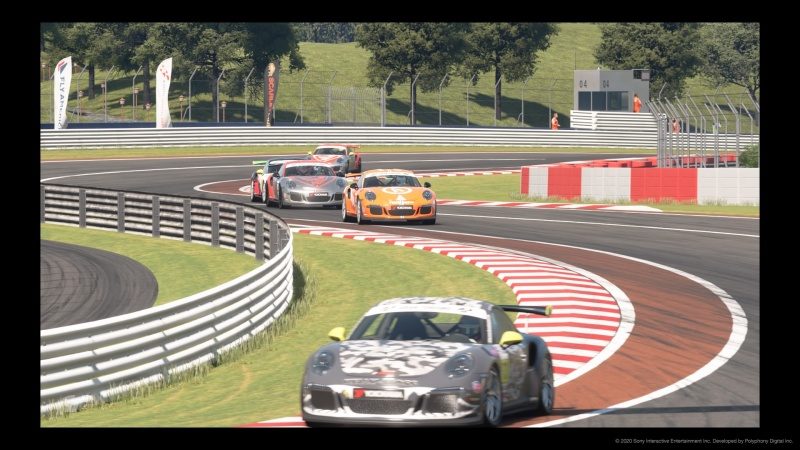 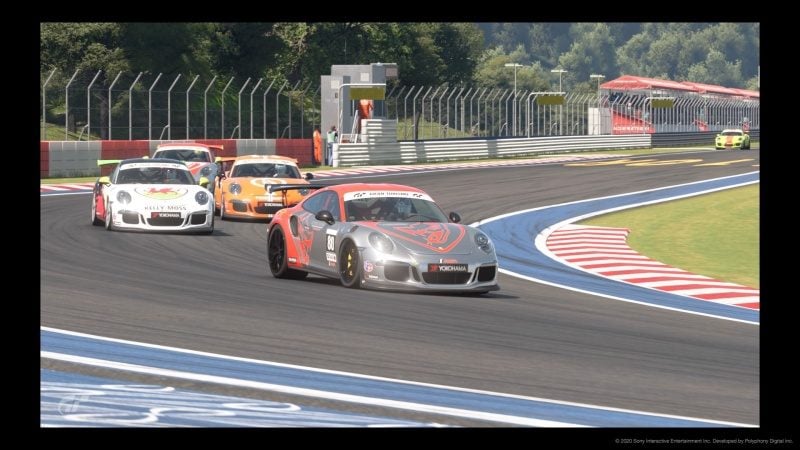 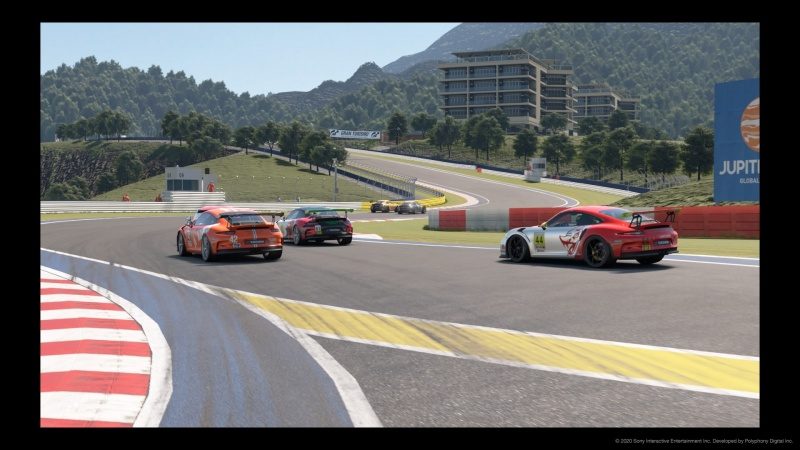 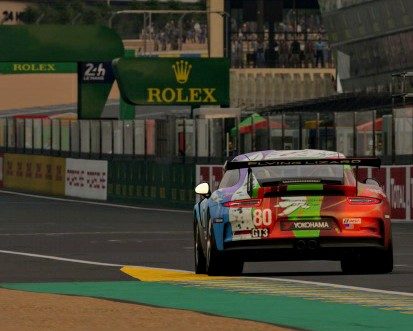 See some of you for the other scheduled Friday night Cup events, and the rest if you on Race night.
I

Enjoy guys, won't meet my time zone, really wish I could do it though

Can we move it up a week? Asking for a friend...

Confirming for June 5th. (Even though I hate this track