Daytona USA 2: The King Of Speed 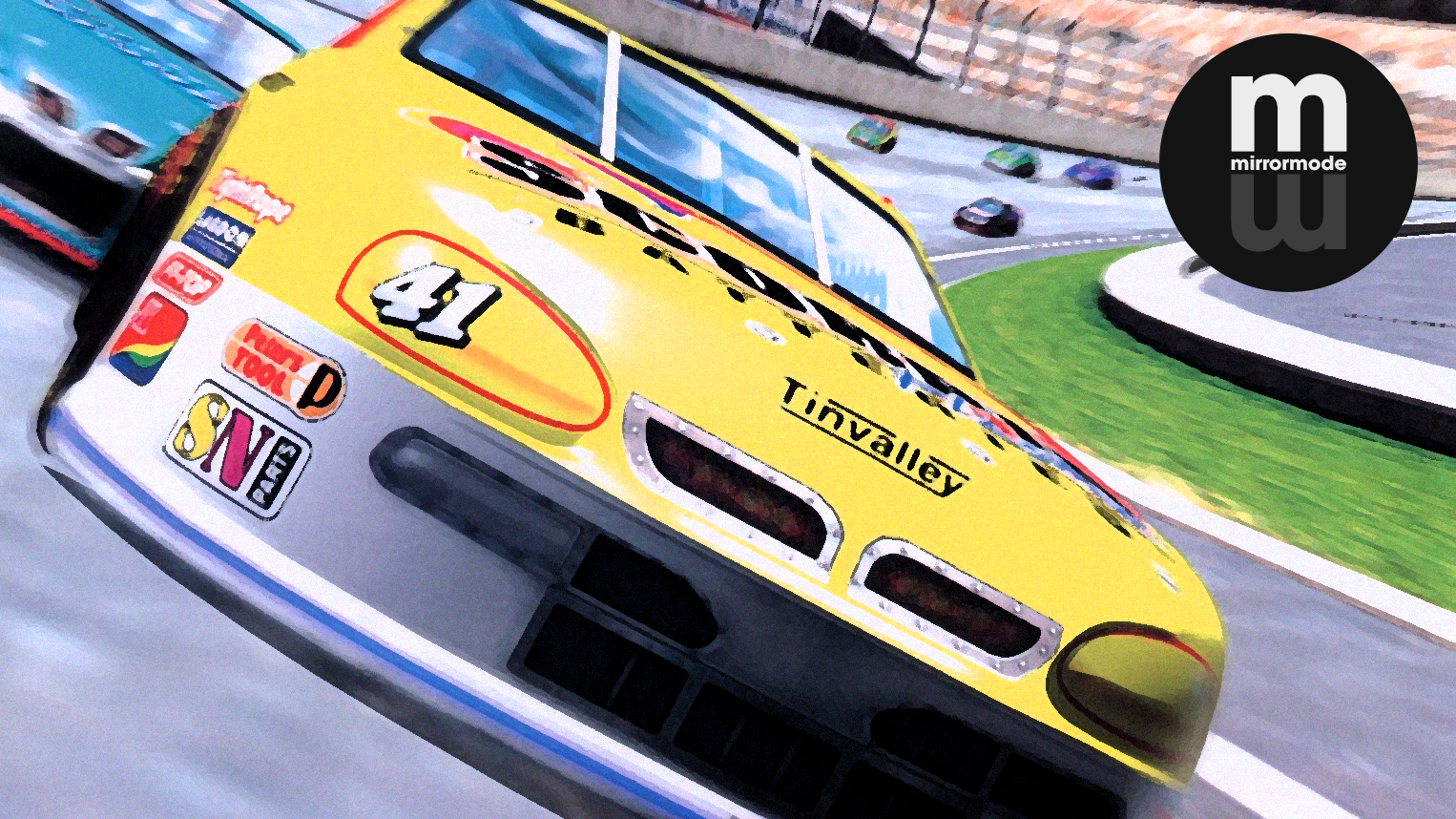 Daytona USA 2: The King Of Speed
Daytona USA 2 may not have ascended to the commercial heights of its predecessor, but it's still remembered as a masterpiece among arcade racers...

This article was published by Adam Ismail (@glassjaw) on March 13th, 2018 in the Features category.

I really did not like the visual style of Daytona 3 Championship USA.
It tried to blend cartoony colors with semi-realistic lighting and environments, and as a result, those components clashed and the graphics fell flat. 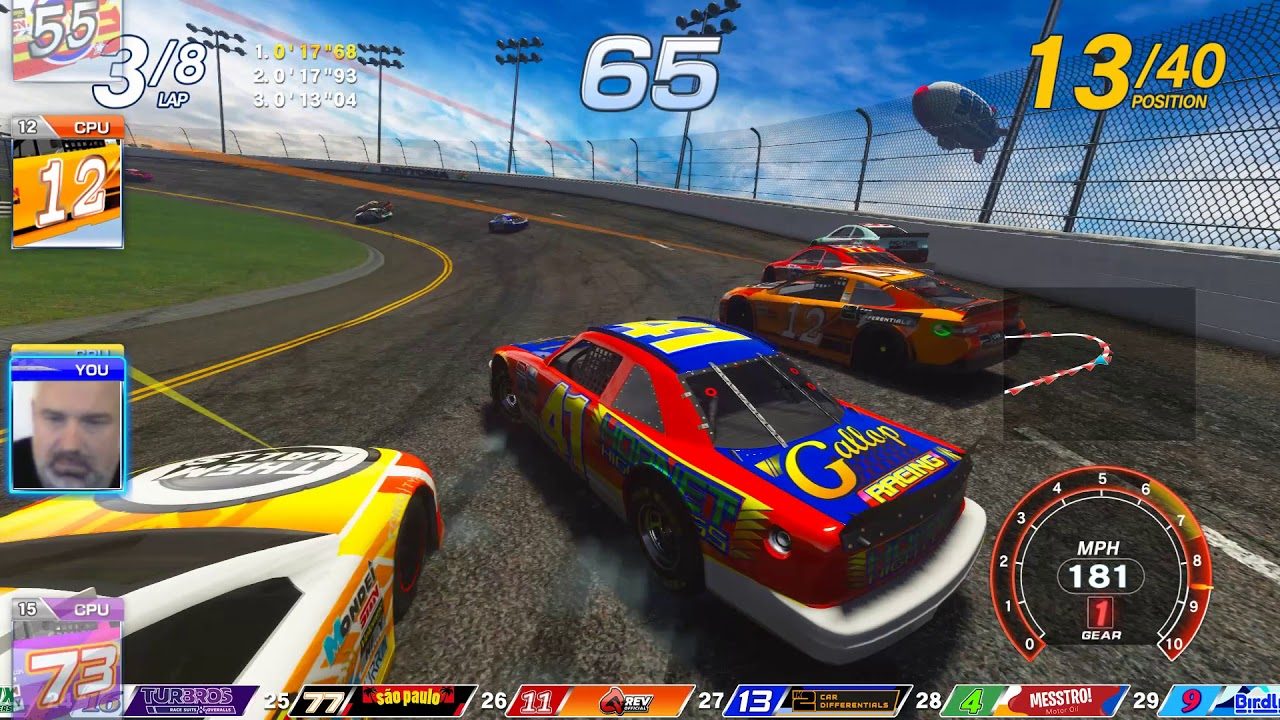 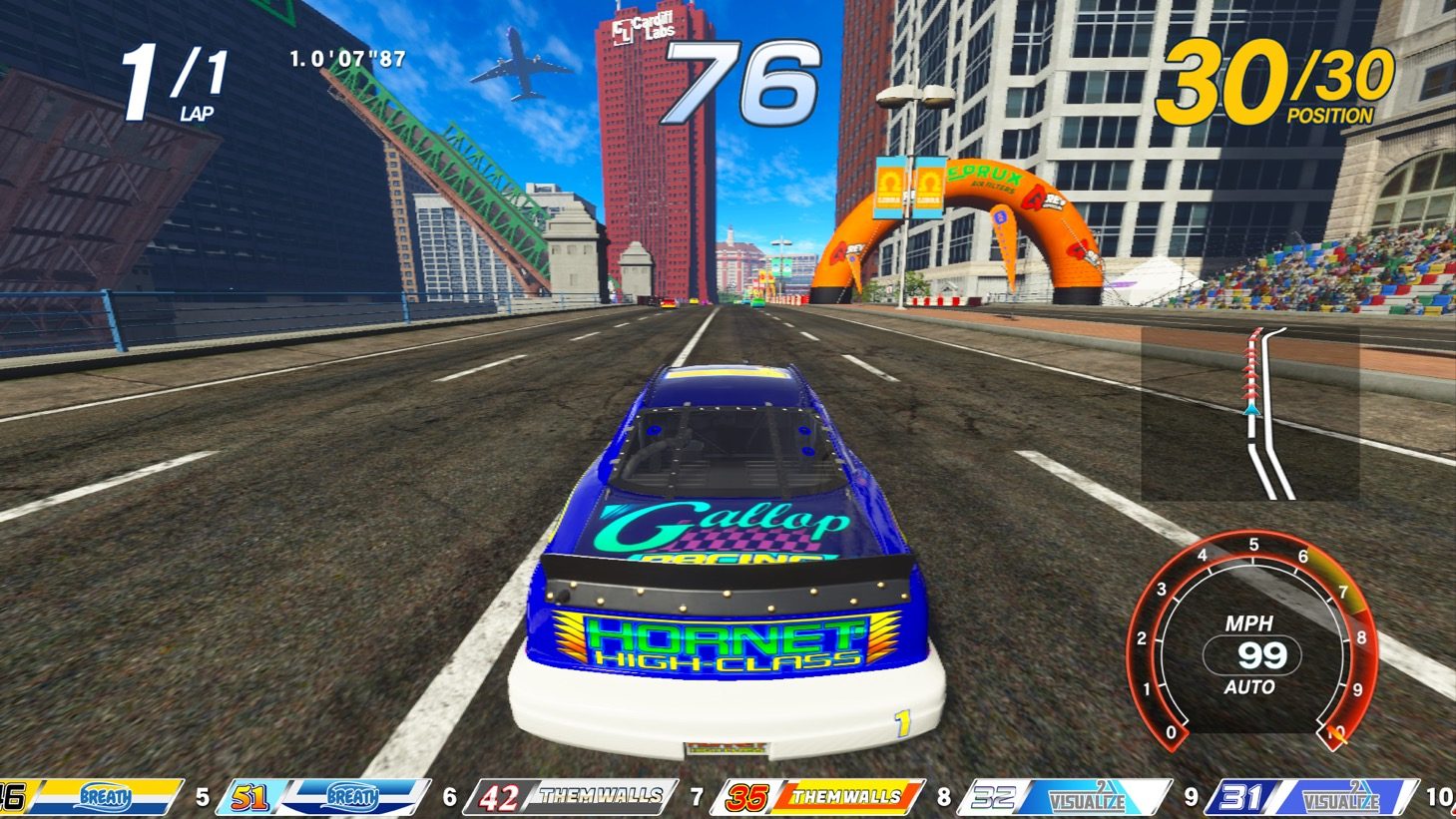 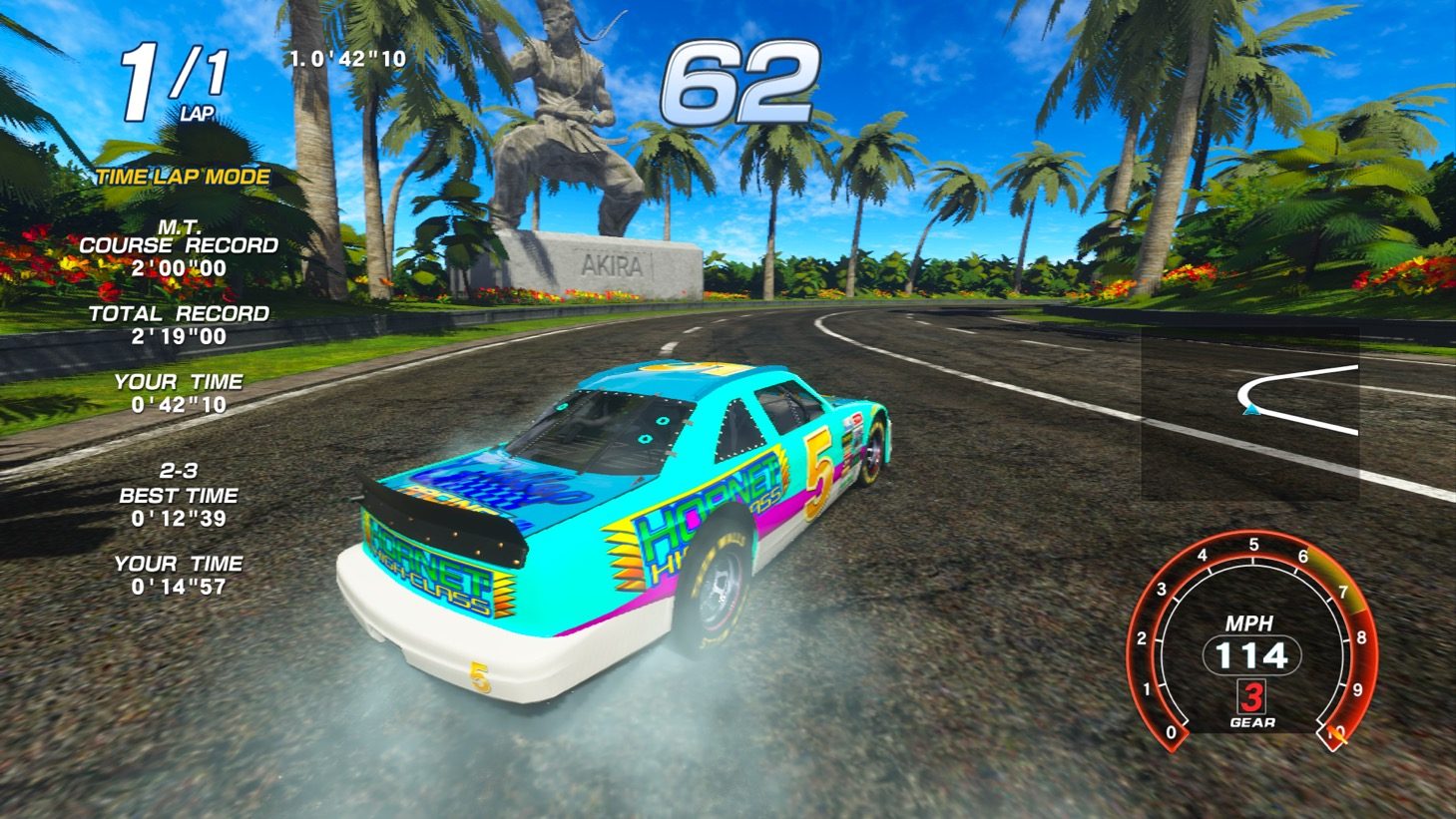 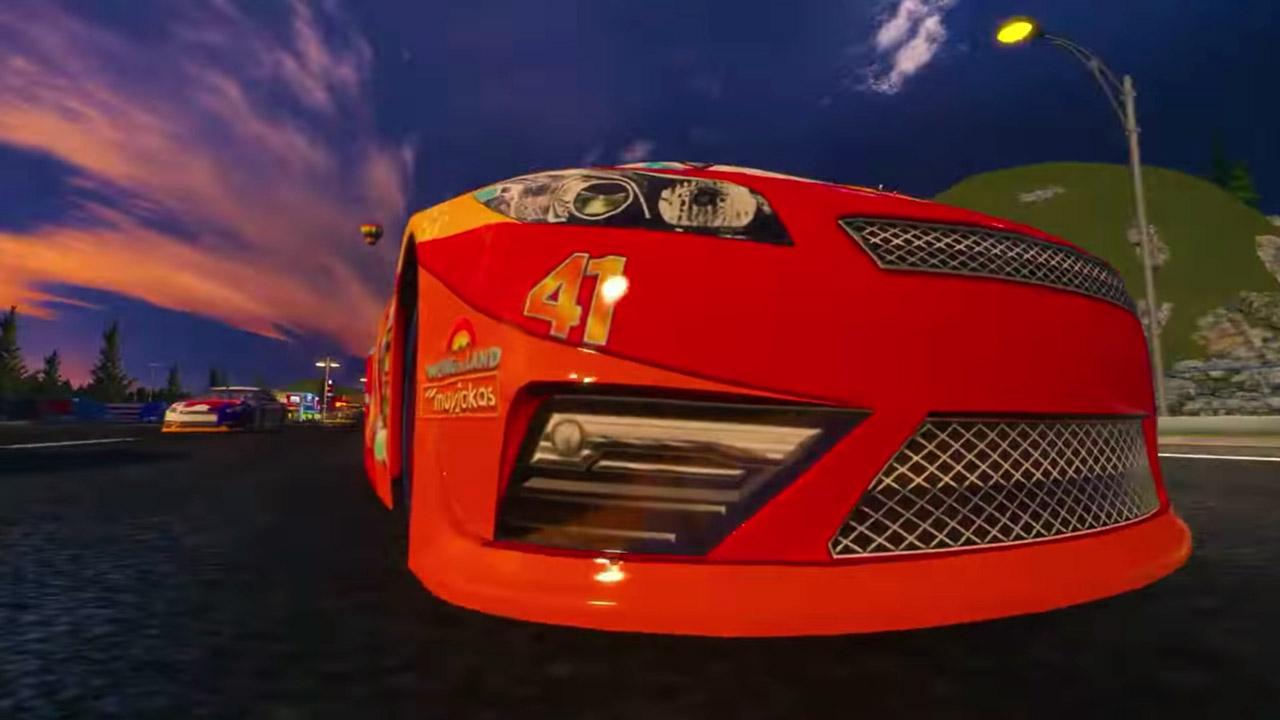 Whereas (in my opinion) Daytona USA 1 & 2 end up looking better because of the consistency in the graphics.

I played a lot Daytona 2: Power Edition from back in the day. The new game, while fun, doesn't really feel as good IMO. 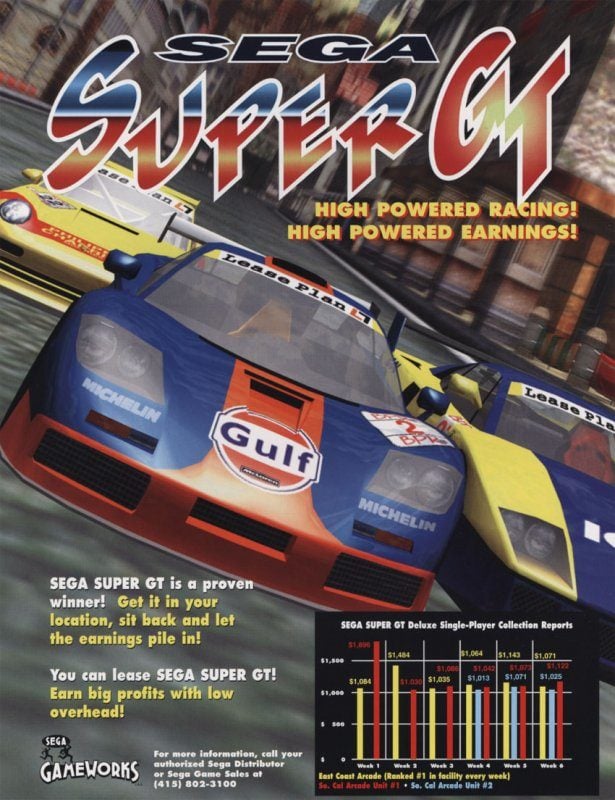 Why can’t we get a port of Scud Race/Super GT to current-gen consoles?

That’s my gaming wish, to play Scud Race/Super GT at home on my rig doing some multiplayer races like the old days in the arcade on the 8-player machine.

I loved the point-to-point challenge track!

Also, the challenge track was featured in OutRun 2, where you could race against other cars rather than weaving through traffic.

GT Kelv
View attachment 721823 Why can’t we get a port of Scud Race/Super GT to current-gen consoles?
Click to expand...

Logically, the cars would have to be re-licensed, not to mention that the cars are quite dated. I suppose that Sega could make modernised, unlicensed versions of the 911; the F40; the Viper; and the F1. In addition, given how most of today's racing games rely on numbers, I don't think it would hold up in the long run.
A

I'm not afraid to admit my time with Daytona USA was nothing more than a genre history lesson, and to be able to say "yeah I played it rolling staaart ha ha." But then one day I heard about when uh, the ability to play Model 3 games on PC hit a pretty good milestone, I gave it a shot with Daytona USA 2 and SCUD Race. I can safely say that I genuinely enjoyed these two games 200% over the first Daytona USA. The tracks were really creative and fantasy-based with giant laserbeam firing robots and amusement park swinging pirate ships. Art style was was colorful and playful like the Dreamcast era but a lot more refined with PC supersampling and mip-mapping which Dreamcast did not have. Learning the physics and tracks had me hooked for hours straight and that's pretty insane for a coin op arcade game. I don't even talk about Daytona USA anymore, it's all about the sequel in any conversation I'm a part of. I'm not even trying hard to be a contrarian, these two Model 3 games (excluding Sega Rally 2 for this topic) really are leaps and bounds better than the first game, even with its best port on XBLA. 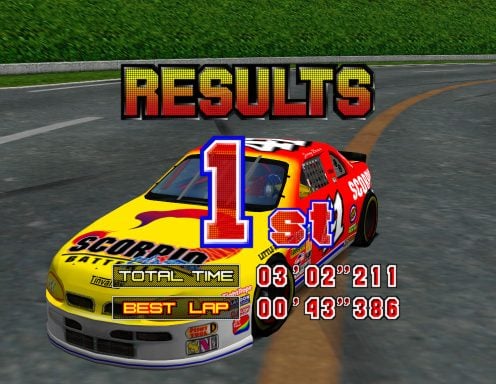 Outrun 2 will be the closest we'll get to driving that challenge track at home. I'd like to see a Sega arcade racer with todays GTE and GT3 vehicles with that track lol

I wish we could have them all on PS4 as a DLC.

Yarf
Outrun 2 will be the closest we'll get to driving that challenge track at home. I'd like to see a Sega arcade racer with todays GTE and GT3 vehicles with that track lol
Click to expand...

I honestly have a love-hate relationship with OutRun 2, but the Scud Race/Daytona 2 bonus tracks made it for me. They don't translate the best to OR2's weird physics, but they work well enough.