I have an old DFGT that was laying around in my room for a while due to a broken USB wire. I decided to reconnect the wires in hopes of getting them working; nothing too serious, just for the sake of tinkering.

So I cut both ends and connected both wires as seen in the picture below (it's not the prettiest, but like I said, it was a spontaneous decision just to see if I can get it working): 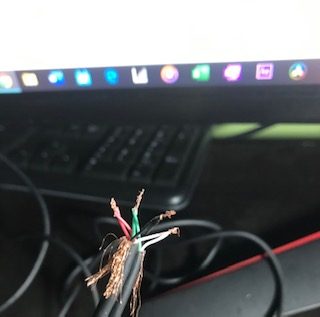 At first when I tried calibrating, everything worked (steering, buttons, pedals etc). But then I moved the wheel to begin taping and now the wheel isn't giving any input. 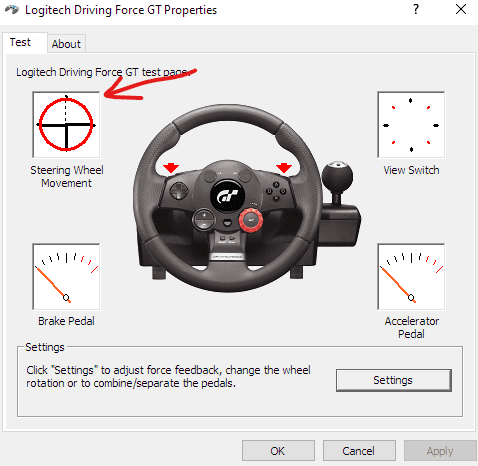 I tried everything including rewiring each wire. Nothing.
Is there any way to know short circuited a wire? Or is there some other way I can fix this?
D

Get yourself a multimeter and test all the connections. You might need open up the wheel to get to the internals so you can test the circuit properly.

Daz555
Get yourself a multimeter and test all the connections. You might need open up the wheel to get to the internals so you can test the circuit properly.
Click to expand...

Would the multimeter assist if I can confirm data is being transferred through the wires? Only the steering input seems to be malfunctioning. Everything else including pedal and button input works.

Would the multimeter help in singling the problem out?
D

Multimeter would allow you test connectivity at an electrical level. If you don't have good connectivity everything else is irrelevant.

Daz555
Multimeter would allow you test connectivity at an electrical level. If you don't have good connectivity everything else is irrelevant.
Click to expand...

So I redid the wiring so it looks much cleaner now. I got the multimeter and tested for continuity from the head of the USB right up to the circuit board and everything checks out. All wires (volt, ground, data - and data +) show there is current passing through. I hooked it up the laptop again it acknowledges the DFGT, however still it does not register wheel movements.

Does this mean the problem is closer to the circuit board?
D

If the usb head and the wiring all checks out then I think you are looking at the circuit board, yes. That is harder to troubleshoot.