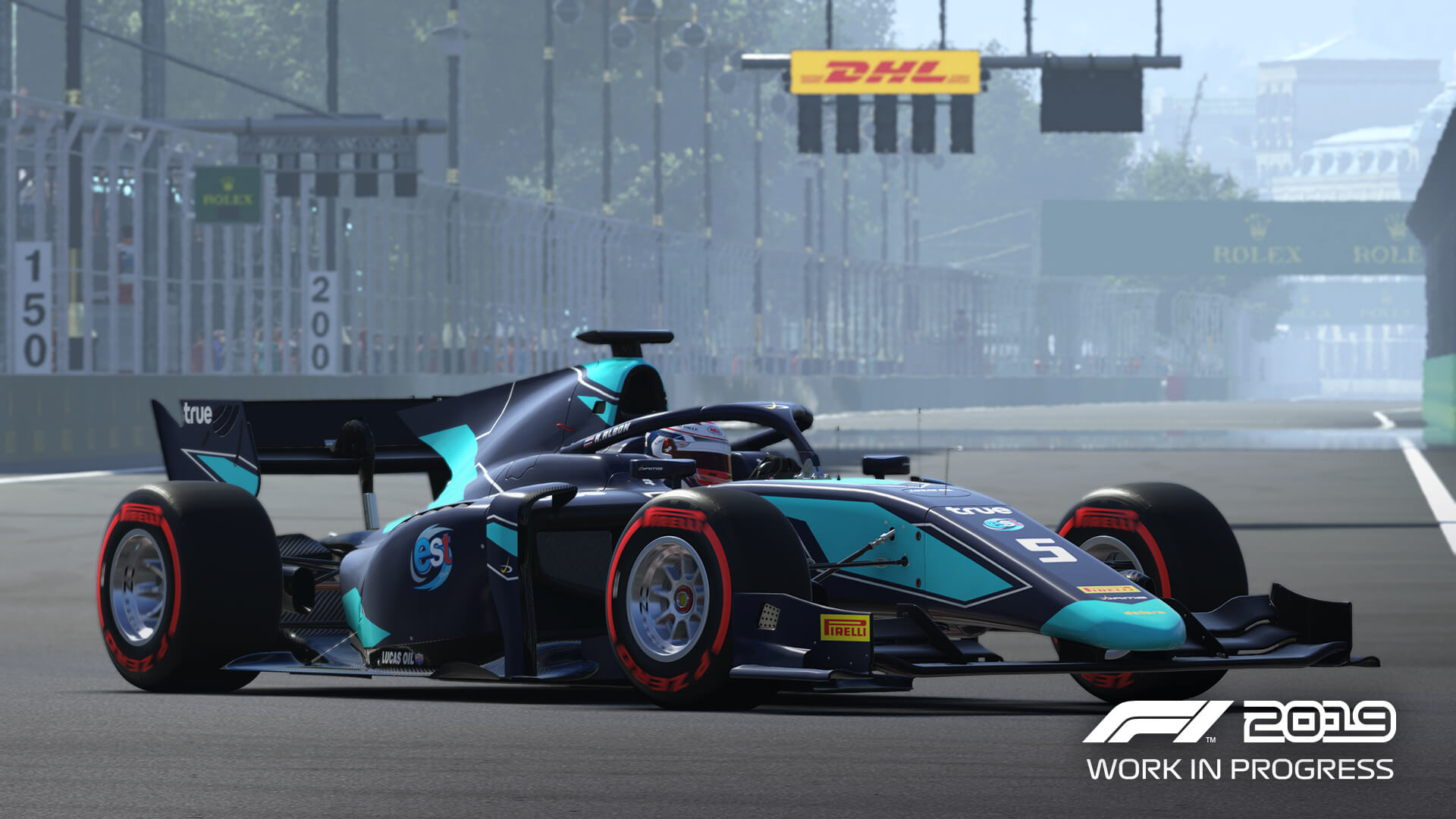 My only F2 experience is with the RSS mod in AC but honestly i enjoy using that more then any F1 car so it will be interesting to try it out. I hope this starts a progression trend. It would be nice if they went down the pcars route of career progression, will be great if F3 and F4 can come in the future as well.

Nice. It's about time an F1 game included a feeder series.

Oooh, I hadn't even considered buying this game. I might have to now.

Neat idea. Finally they have something new in their game. I always consider buying an F1 game every year and never do, but maybe this year...?!

I’ve been playing 2018 lately and one option I think they definitely should add is lean head, so you can see round the halo central pillar. It’s not something you do a lot but on long straights like in China or Baku it would be nice to see exactly what’s in front of you further down the track.

Leggacy
I’ve been playing 2018 lately and one option I think they definitely should add is lean head, so you can see round the halo central pillar. It’s not something you do a lot but on long straights like in China or Baku it would be nice to see exactly what’s in front of you further down the track.
Click to expand...

There's no Lean Head but there's turning of the head

I use Look To Apex and World Movement. I'm sure it would help your cause when cornering but, I don't think having those settings on are going to help you when on the straights.

Even if the game had Lean/Tilt Head and you had every turning of the head feature on, the game is going to have you looking straight when going - straight.

Now, if only we were able to use Track-ir or any other similar head tracking device, that would definitely help your issue.

I don't know. To me, the center bar doesn't bother me at all. For the first 5 minutes of driving I forget it's even there anymore. It's kind of like having a Hockey/Football helmet on. Once your focused on the game you don't even notice the bars any longer.

It's about time but I really think they should have karts and formula fords as well. Any series along the path to F1 should be in. Would be much more fun to fully go through a career, even if it's truncated by not having every necessary track. Even if they limited the karts to the F1 tracks that have go kart tracks, that would be fine. Not expecting Codemasters to spend a ton of money, although maybe they should since it's the same race tracks every year for the most part so why not expect them to add a few extra kart tracks?

I wouldn't mind a career with karting and whatnot, but it isn't what I would prefer.

Codies has had the F1 license since 2009. What I want is a career mode where you can start in 2009 for a team like Redbull, Brawn, William's, Force India, etc. And progress through every season to current.

They have every car and driver (at least the helmets) from 2010 to the present modeled and every track, including some classic tracks. Obviously, for cars and tracks no longer on the calendar, they would need to be updated for physics and graphics.

In F1 2018 they already added a bit of team mix up with their "rule changes" that could make your upgrades illegal.
To add a bit of the unknown to the seasons (so our 2019 knowledge of the 2011 season is nullified, for example) they could change up what teams start the season with the best package, and could still have the upgrade system they've been working on since 2016.

I hope they nail the sound of the F2 cars. They sound a lot better than the F1 cars in my opinion.

This could be neat and a good time to do it alongside Albon, Russell, and Norris already licensed.

The last gen games had you do the tests that determined which team wanted you. Now you can just roll into #1 driver at Mercedes if you want.

Even though it's not this season, I like the idea of having the previous season's drivers so you can progress into season one of career mode making your debut alongside Albon/Russell/Norris. Would have liked them to go back another season for GP3 as well. That could be more interesting going from GP3 in "2017" to F2 in 2018 then F1 in 2019.