Lining up for a 4-way last lap battle for P4?

If Gasly didn't get that penalty, I'd imagine Hamilton would not have pitted simply because it would have been a drop of 3 positions.

What just happened to Ricciardo? He was running P11, now he's P13 4+seconds behind Raikonnen.

Quite the screw up from Hamilton's strategy team. His post race interview should be interesting.

Bottas really surprised me. He was super solid. 👏👏👏

NotThePrez
What just happened to Ricciardo? He was running P11, now he's P13 4+seconds behind Raikonnen.
Click to expand...

Nice to hear Bottas happy for once..

When was the last time that a special livery wasn't cursed?

DC: "What was the most difficult phase of the race?"
Max: "Staying awake!"

I'm really enjoying the fights for 1st, 3rd, and 5th in the WCC, even if Ferrari is a little too close to McLaren.

I was expecting a chaotic race but it was still pretty good. Bottas gets driver of the day for me. 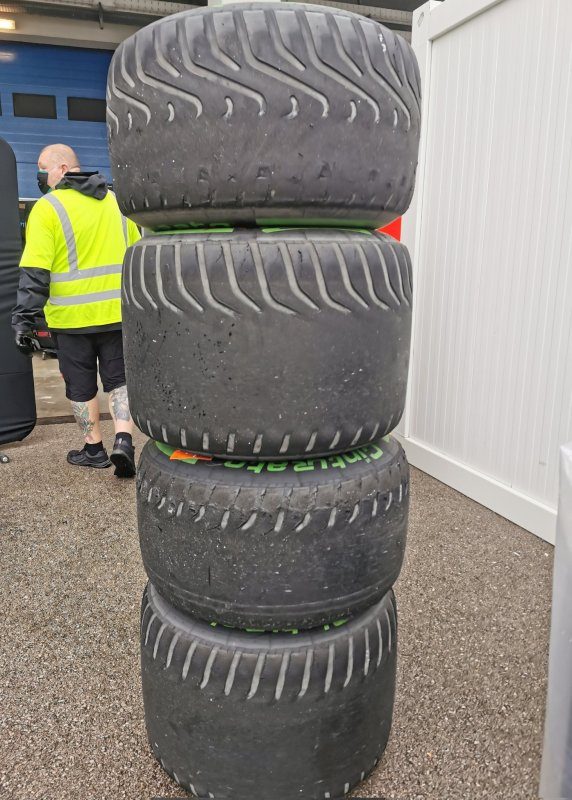 Was thinking about it and that was probably Bottas' last time standing on the top step of the podium.

“Easy to get it wrong and fall back” - Verbanter

-David interviewing Valterri, crapping all over a great result... "well, it wasn't dominant". Geez, just congratulate the man for a relatively flawless drive and victory.
-Toto trying to not throw Lewis under the bus for pushing back on the pit stop, as he thinks P3 would have been possible if pit stop happened as strategy wanted.

At this point, the last 6 races cannot be missed because whoever doesn't score a point will lose!

Jubby
Toto trying to not throw Lewis under the bus for pushing back on the pit stop, as he thinks P3 would have been possible if pit stop happened as strategy wanted.
Click to expand...

Hindsight is a beautiful thing, especially considering what Lewis managed 12 months ago, but he really should've pitted when originally told to. Ocon was in freefall by the end, and the extra time on the fresh rubber might have been enough to get back up to Charles + Checo, assuming he doesn't grain them almost immediately.

It would be nice to see the alternate reality where Lewis ran the inters down to the rim, but...

E: Ocon's tyres at the end! 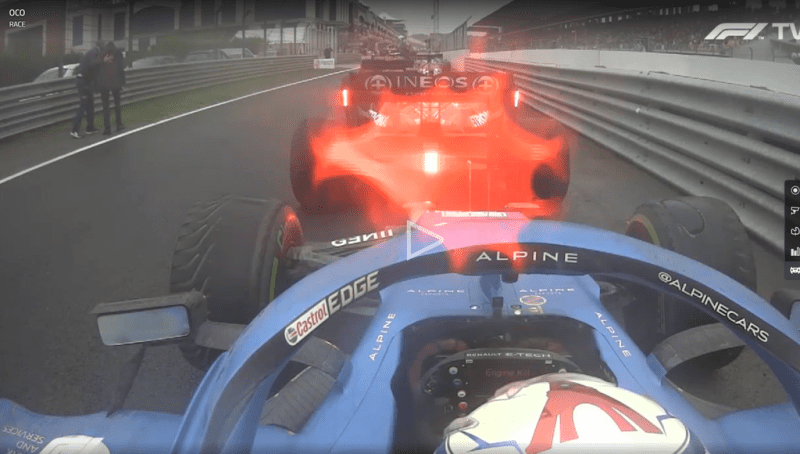 I think Lewis should have a bit more faith in his strategists. They were going for the right call in Russia and here again.

It's possible he could have made it to the end, but at increased risk. Mercedes should have told him the tires may not last until the end of the race. Maybe they were predicting that they would last to the end, but at the point he pitted either decision seems like it would end up with similar results. Either way it was a decent result considering he took his engine penalty here. These potential points lost may come in to play for the championship, but there were bigger losses like the brake roasting at Azerbaijan.

The graining should have been anticipated by the teams. We've had similar conditions before where it was an issue when getting on new intermediate tires.

Well, Hamilton and Mercedes might have called it better than Leclerc and Ferrari, but looking at this...


... they should probably have insisted rather than trusted about ten laps earlier. He might have lost three positions on track, but he'd have got through the graining phase and maybe got on the podium.
Last edited: Oct 10, 2021

Correct call from Mercedes-Benz. The way this championship is going and how close it is, risking a DNF and 0pts is foolish.

Bottas was excellent today. Did exactly what he needed to.
Last edited: Oct 10, 2021

For a tricky conditions race this was extremely boring.

Dennisch
For a tricky conditions race this was extremely boring.
Click to expand...

It was one of those weird wet races where it isn't really raining, so it isn't particularly challenging for drivers, but it wasn't drying out, so nobody really wanted to stop and overtaking became very hard with the dry-ish line.

Would have been much better if it dried out and the last third was on slicks. Everyone driving on the wrong tyres because the ideal tyre never existed wasn't great.
Last edited: Oct 10, 2021

As for HAM and the strategy I think the problem was them looking at the wider picture rather than the immediate scenario. HAM was racing with PER, right behind him, when PER stopped. They seemed to be looking at other cars they weren't racing (i.e. LEC, VER) to make their calls, whereas if this was a normal race, with no championship pressure, 99 times out of 100 you'd pit HAM the lap after PER to cover him off. It doesn't matter if you think you can get to the end, you cover your nearest on track rival. With everyone else almost guaranteed to stop you can't lose anything. Trying to stay out is just an unnecessary risk.

As it is they dallied, let HAM call the shots, and then made him stop in no mans land. Red Bull make better calls in that situation.
Last edited: Oct 10, 2021