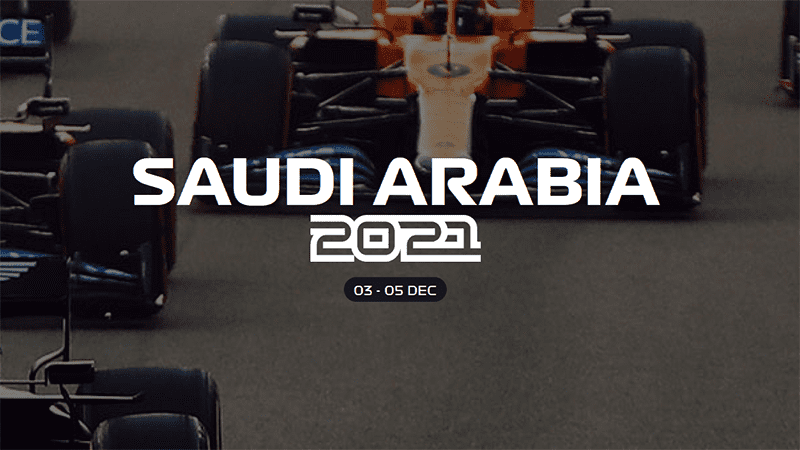 After many recent photos showing a completely uncompleted circuit, it's here, probably the most publicly reviled Grand Prix in years joins the calendar for its debut. The circuit is claiming to be the fastest Street circuit (Le Mans says Hi) and the track with the most corners (Nurburgring says Hi) and the track with the least rights* (well it is anti-clockwise) on the calendar (OK, perhaps it does actually hold up to those claims). Ignoring all of the detractions, Formula 1 heads into the penultimate race where for the first time this season a driver can win the title. Max Verstappen has an 8 point lead over Lewis Hamilton, so a big points swing with a Hamilton disaster could give Max the title a race early. However, with the season being as close and crazy as it has been, can you bet against a close finale? Hamilton victory plus fastest lap with Max in second and they will enter Abu Dhabi on the same number of points! This title race is too close to boycott even this race IMO, which is the only reason I can think of to look forward to the SAUDI ARABIAN GRAND PRIX! 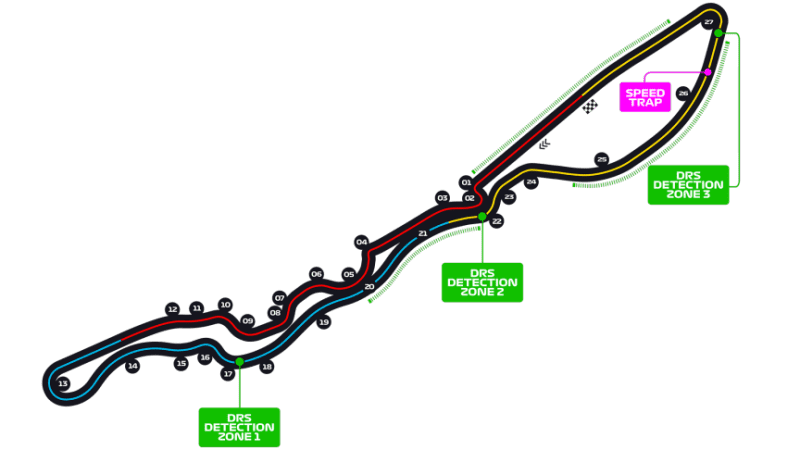 Even if you for some reason ignore the Nordschliefe, which they seemingly are, it is still a spurious claim given about 8 of the supposed corners are nothing of the sort. It's got 20 actual corners at a push, which is about the same amount of real corners at Marina Bay.

Why did the season containing the human-rights-o-drome I said was a step too far and didn't want to watch also have to have the title fight be so close that I don't want to skip a Grand Prix?

I mean, really, we couldn't have done this last year, when we were all wrapped up 3 races ago at this point? Fate is cruel.

I will be watching via unscrupulous methods that do not contribute to viewer data.

Interlagos is anti clockwise. Three right-handers, not counting the S?

Let's make a new track prediction; whoever is on pole, wins.

Let's make a new track prediction; whoever is on pole, wins.
Click to expand...

12 corners go to the right, meaning it has more corners going in that direction than some tracks on the calendar have in total.

Of course a lot of these "corners" are just wonky straights or spurious extra apexes to make another spurious other apex so it can have another 3 official "corners".

I will lead us to victory!

I guess it is a cruel twist of fate that everything could either be decided at this 'race' that we can't really skip a race
in case the title gets decided.

Hope there is not 'too' much comment on the 'real life' issues of the country in question at the GP but I am sure there will be some.

All I have to say is I want to see the actual circuit and how the F1 cars perform there and track data/lap times and if any overtaking is possible outwith the usual T1.

Part of me hopes they do leave on equal points as then it will be a fair 'contest' at the last race whoever wins will be our winner!

I will also have a 'change' of avatar for the next year since a bet I made off forum will come to pass but more on that after the final race!

Having driven the track on F1 2021, it does seem fairly unique, kinda like Baku has melted. I could definitely see a title-deciding trip to the barriers this weekend.

This looks like a track where the safety car might be busy. Lost of fast corners and walls to catch you if you slip up. It's interesting how despite the long straight with the start/finish line it's not a longer run towards turn 1. From looking at the hot lap F1 released from the game, I hope track limit will be only within the white lines for some corners.

PeterJB
Having driven the track on F1 2021, it does seem fairly unique, kinda like Baku has melted. I could definitely see a title-deciding trip to the barriers this weekend.
Click to expand...

Baku at least has the appearance that the buildings will eat you.

Baku passes old buildings and an epic looking ancient castle, as well as new stuff and impressive views to the Flame Towers. Although it's a new track, the ancient buildings that are so linked to the circuit and are iconic help to give the circuit a historic feel which helps you forget it only appeared in 2016 and the country only really became properly rich in the last few decades. Singapore is another one with the historic Anderson Bridge which benefits from that faux history making the track feel more used than it actually is.

Compare that to a newly built city like Jeddah, where everything is modern, it doesn't have that pre-F1 history to give an illusion of more than it is. Drivers and fans like old-school circuits because they have history buried in them. Compare Qatar, Jeddah and Zandvoort, the three new circuits this season. Qatar has been around since 2004, so despite being a featureless, fanless, rightless place, the circuit was good and had the history of being around 15 years old and held MotoGP for ages. As such the reception was better than if it had been built specifically for this purpose. Losail is like Bahrain in that the designers made an epic circuit and nothing else, unlike Abu Dhabi which made everything else epic except the layout. Zandvoort is a historic circuit which was also excellent to drive, but the racing was cack as expected, but nobody really cared because it was awesome to see such a historic venue return. If it had gone to Assen or a brand new Dutch track and been just as rubbish, the reception would not have been good as they wouldn't have as much history behind them. Jeddah is going to be in a brand new district that looks like it's been built to show off, rather than attract and show some history. In the end, if a race track is bad, you want something to distract you from it or go "yeah, but". With this Corniche track, there has not been a valid yeah, but from anyone promoting it. Fans who don't hate the race on principle are scrabbling around to find anything that can't be dismissed about Jeddah.

And it's not even anywhere near a bloody corniche!

Famine
And it's not even anywhere near a bloody corniche!
Click to expand...

And I bet you can't get a good pasty there either.

There are probably some oil-rich natives being chauffeured around in Rolls Royces, though.

PeterJB
There are probably some oil-rich natives being chauffeured around in Rolls Royces, though.
Click to expand...

Some poor sheik must really be down on their luck if they're still using a Corniche.
Last edited: Nov 30, 2021

So, it definitely has the most corners on the calendar so that claim is true, even if their definition of corner is a bit dubious.

Le Mans has a record avg speed for a Q lap at 157mph, so if the pole here is quicker than that it will in fact be the fastest street circuit in the world.

I do want to put on record that the oneupmanship contested by anything or anyone new in Formula One, such as this bragging about having "the most corners", is eye-gougingly and brain-bleachingly pathetic and cringeworthy.

Most slave labour used per meter of asphalt.

Track least likely to have a woman drive on it.

The Nut Behind the Wheel

Some classic examples of road circuits: Reims, Spa-Francorchamps, Rouen-Les-Essarts, Circuito Piccolo delle Madonie (which used roads that ran through towns from and into the countryside, not to be confused with streets)
Some examples of street circuits: Monte Carlo, Long Beach, Adelaide, Detroit, etc.

Now, you probably have heard of some modern permanent race tracks referred to as road courses, regardless of whether or not they have existing roads in their layouts. Daytona Road is a good example. Circuit de Gilles Villeneuve would be another, and Mid-Ohio Sports Car Course, Lime Rock Park, etc. This is partly because they are vastly different from ovals, but also because, despite the fact that they might not use roads, their designs and corner types were inspired by existing roads. They are spiritual successors of older road circuits, you could say.

As for what this Jeddah Corniche circuit is, I'm not sure.

It kind of looks like another Valencia/Sochi "street" circuit to me.

This is not a street circuit, it's a purpose built race track. It does not use existing streets. Also, where's the Kashoggi chicane?
Last edited: Dec 1, 2021

The Nut Behind the Wheel

ScottPye20
This is not a street circuit, it's a purpose built race track. It does not use existing streets. Also, where's the Kashoggi chicane?
Click to expand...

It's some weird hybrid that F1 calls a "street" circuit these days. A road course with walls. Or something. 🤣
S

ScottPye20
This is not a street circuit, it's a purpose built race track. It does not use existing streets. Also, where's the Kashoggi chicane?
Click to expand...

Some of the track will become public roads after the event though, so it's a bit like Montreal in that regard.

I'm gonna predict that the rushed construction will lead to at least one major issue during the weekend.

To be honest, Saudi Arabia is one of the more fitting countries to be the first race since the death of Sir Frank Williams. The Saudia branding that adorned the cars in the late 70s and early 80s was the iconic livery for the team's first wins and championships as they finally became front runners. It would be awesome to see a Saudia tribute livery on the Williams's this weekend. 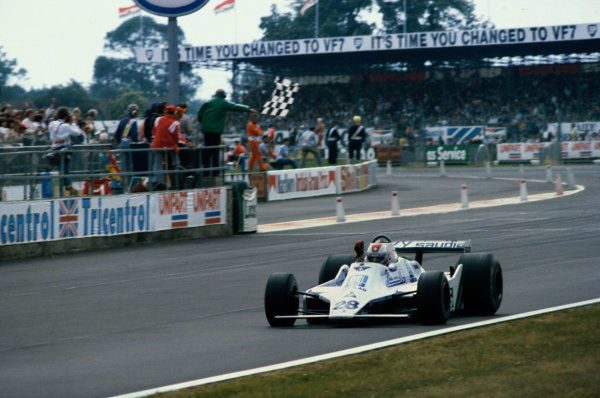 These stores are just getting goofy now. 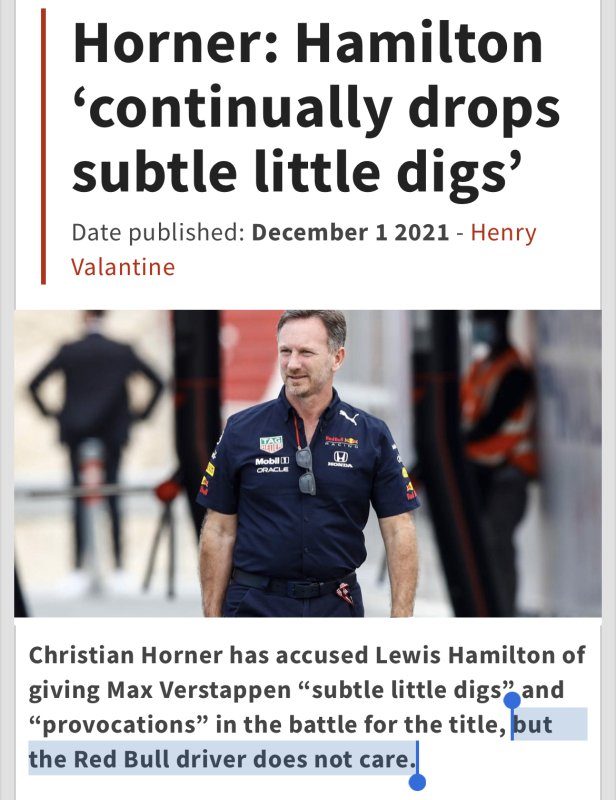 Jimlaad43
To be honest, Saudi Arabia is one of the more fitting countries to be the first race since the death of Sir Frank Williams. The Saudia branding that adorned the cars in the late 70s and early 80s was the iconic livery for the team's first wins and championships as they finally became front runners. It would be awesome to see a Saudia tribute livery on the Williams's this weekend.

I'm not expecting a big livery change, but they've said the cars will run some sort of tribute to him this weekend.

Horner sounds like a hypocrite. Both teams have been taking digs at each other. Although Mercedes’s victim mentality has been slightly more cringe.

McLaren
I'm not expecting a big livery change, but they've said the cars will run some sort of tribute to him this weekend.
Click to expand...

Alpine saying they will also be running a Castrol livery this weekend.

The bickering is getting tiresome. I’m ready for this season to end tbh.