Nathan88
MTX really had no impact on what reviewers played, just as they have no impact for 99.9% of players. Neither are MTX something reviewers mark down, given most competitive games have them. What could have had an impact was the post game economy changes, something that was reversed within a week or two.
Click to expand...

In that case, why hide them before the game was available to everyone?

I’d also argue that microtransactions did have an impact on players when the game’s initial economy was much more stingy than it its now and PD took things a step further by lowering the payouts of the best money grinding races at the time, which led to people review bombing the game because they believed that microtransactions were aggressively being pushed.
Last edited: Dec 21, 2022

Nathan88
MTX really had no impact on what reviewers played, just as they have no impact for 99.9% of players. Neither are MTX something reviewers mark down, given most competitive games have them.
Click to expand...

Most competitive games have them, but the vast differences in how they're implemented is exactly why reviewers do take them into account. All you have to do is look at the IGN review and you'll see that there's a two page long sidebar in the middle just about microtransactions.

Gran Turismo 7 features the shady ability to top-up your in-game credit balance with real money via the PlayStation Store. At the time of publish the link to do so directly from the various purchase screens in-game is not functioning, so we're unable to see how much credits cost. It would seem that this is a different approach to the microtransactions added to GT Sport in 2018 (which was around a year after it was reported it would not feature microtransactions). The microtransactions added to GT Sport allowed cars to be directly purchased a la carte for real money; GT7 appears to be a cash-for-credits scheme. Either way, GT7's microtransactions have me feeling a bit cynical overall, especially considering how hard GT7 leans into making some of its coolest cars artificially scarce. Some rare cars will only pop up occasionally to buy before they're "sold out", and others require peculiar, time-limited, in-game invitations to actually purchase. It's easy to see how the fear of missing out may coax some players who are light on credits to shell out real cash to grab certain cars before they disappear again.
Click to expand...

Since the publishing of Gran Turismo 7’s reviews Sony has flicked the switch on its microtransactions and the news is as we suspected – and, in some ways, much worse.

As it appeared, GT7 is based on a direct cash-for-credits scheme (as opposed to GT Sport’s microtransaction functionality, which allowed players to purchase individual cars valued up to 2 million in-game credits with real money instead of in-game credits).

This means instead of being able to purchase cars individually, which in GT Sport range in price between US$1 and US$5, players tempted to accelerate their GT7 car collections by using real money need to shell out for batches of in-game credits. There are four tiers of credits available:

There are several glaring problems associated with this new approach to microtransactions. At a basic level, the limited set of tiers means there’ll regularly be no way for a player to purchase exactly the amount of credits they may want for a particular car. Just want 1 million credits? Well, you’ll have to spend US$15 on packs of 750,000 credits and 250,000 credits, or US$20 on twice as many credits as you wanted. It’s a pretty gross approach considering all these cars are on the disc already and very much part of your initial purchase.

At a fundamental level, though, these credit prices are simply out of control. For example, if you wanted to fast-track your way behind the wheel of a 2014 Lamborghini Veneno in GT Sport, you could pay US$5 and purchase this car direct from the PS Store. But in GT7 this process is now rendered hideously more expensive. To purchase the Veneno in GT7, which costs 3,640,000 credits in-game, you’d need to hand over US$40 (£32/AU$60) for 4 million GT bucks – a 700% increase! These aren’t microtransactions anymore; they’re maxitransactions. Again, these aren’t even DLC add-ons, either; these are vehicles that are in the game already.

It's especially dismaying that the full scope of this new cash-for-credits scheme was only revealed after the review process was completed. Yes, it is an optional shortcut, but considering credits build fairly slowly via racing, you can’t sell cars from your garage, and a number of GT7’s coolest cars have been made artificially scarce, at what point do we call it predatory? With rare cars in the legendary dealer rotating in availability before they’re “sold out” (and unobtainable to you in your single-player game), and others that require peculiar, time-limited, in-game invitations to actually purchase, it’s definitely easy to see how some players who know they won’t have the time to build a large amount of credits by racing may be compelled to part with real cash to snag certain cars before they’re gone.
Click to expand...

If and how a game is monetised matters - it's a core part of the value proposition of the game and reviewers who don't comment on it aren't doing their jobs properly*. I mean, everyone was on board with this when Diablo Immortal was being reviewed, I don't see why GT7 should be any different.

*I'm well aware that there are many hack journalists out there pumping out dreck reviews to meet an arbitrary word count and get paid. The fact that they're garbage at their jobs is not really relevant to how professional reviewers who take their profession seriously approach reviewing games.

Nathan88
MTX really had no impact on what reviewers played, just as they have no impact for 99.9% of players. Neither are MTX something reviewers mark down, given most competitive games have them. What could have had an impact was the post game economy changes, something that was reversed within a week or two.
Click to expand...

You couldn't be more wrong here, not only did reviewers that acknowledged the MTX's being turned on after review comment on that and give feedback but having MTX's and deciding how they are impelmented and priced will impact the design of the game. So regardless of if you as an individual are tempted to buy them or not, you are still impacted by their incorporation into the game design. There's a reason it's become harder to grind for credits in the GT games with MTX's and it's because of the MTX's.

As for the post game economiy changes, it's no could about it, they did have an impact, a massive one, the game was review bombed as a result and we recieved a couple of updates that responded to that in a, as at that time, promising manner, but then those were never followed up meaning the in game economy, whilst better, is still heavilly flawed and biased towards lengthy grinding. Or you can buy MTX's of course.
Last edited: Dec 22, 2022

Yep. Simple math. How long do you have to grind for 20 millions? How much $ can you earn in time that you would spend for grinding credits? 20 millions cost around $200 on PS Store compare it to GT Sport credits price 🤣

It isn't secret that whales in gacha games are the most important consumers. I bet that GT7 isn't an exception because credits pricing in this game is wild (almost 3 x AAA titles for 20 millions) and if I am not wrong then gacha games in asian market (China/South Korea/Japan etc.) are popular.

Surprised it beat a FIFA game in a sports category.

Surprised it beat a FIFA game in a sports category.
Click to expand...

If we're honest, I don't think anyone nowadays wants EA to win anything.

OverTheTop983
THIS. I think many people have no idea how much work is behind a game like GT7.
I consider it despite everything a great game with which I have already played 400 hours and deserves the awards obtained
Click to expand...

But I don't think most the public can be expected to know (or care) how much work goes into making a game, or most things in life. Particularly if paying for it...

I'll agree with this when we'll have PSVR2 & Sophie as a christmass gift .... Then i'll be the most happy man on earth .

GT_Zaitess
But it's really strange that GT7 ended up in front of NBA 2k3 for example which I understand is the best basket ball game ever made
Click to expand...

Looks at competition being mostly from EA and 2K Games 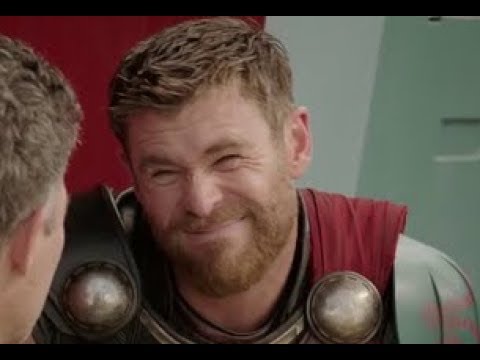