Welcome to it's first ever season of Global Rally Championship. We are looking forward to having an great and fun season! This idea of creating a rally series started when I was competing into a rallycross championship on GT6. That took me to host a WRC championship, but in the end, it has failed. But while my old PS3 was broken and that I was still waiting for a new one, I already was planning to revive the idea of doing my rally championship and make it sucessfull, as there aren't very much rally championships which are sucessfull.

The rally championship will contain a variety of tracks in asphalt, gravel and snow and a car selection which will include the several cars such as WRC cars and the iconic Group B Rally Cars.

If you have any question, suggestion or feedback, please let us know.

1.1- This is a championship, which contains 15 rounds.

1.2- The following Sporting Regulations are a living document and they must be followed at all times.

1.3- Insulting, Accusing and making fun of the other drivers or the Series Promotors is stricly prohibited and will therefore cause several consquences for a participant who does this things.
2.1.1- The Championship will consist of 15 Events in Gravel, Asphalt and Snow surfaces.

2.1.2- Each Rally Event will have an its Point Multiplier, depending of their importance.
2.2.1- In each Rally Event, there will be the Point to Point Events, which are applied for the Asphalt Events only. (Unfortunately, we can't make gravel and snow tracks like we can do in GT5).

2.2.3- In Gravel and Snow Events, the Time Trials will be working as Leg 1, 2 & 3 Events.
2.3.1- The Time Trial Events will start from the final Corner of the track. Pit Stop to repare a car is forbidden!

2.3.3- Because GT6 records only the fastest lap on Time Trial mode, then, the lap times will be added to the total lap time.

2.3.4- All the drivers must send all lap times after they have finished the Time Trial Events on the following form.

2.3.5- After that, the Event Organizer will calculate the lap times to the Total Time of a Time Trial Event. For example, if I would do 5 laps of 1 minute, then the total time would be 5 minutes.

2.3.6- The Time Trial Event will last 1 week. This will give time to the players to set their fastest lap times.

2.3.7- All participants must save the replay after they have finished their lap times on Time Trial.

2.3.8- The Time Trial Events must be done Online, but they can be done in a Normal or a Club Lobby.
3.1- The used point System in this Cup will be from 2015 FIA World Rally Championship, as it follows:

3.1.1- The 1 point for everyone will be attributed only for the Class. 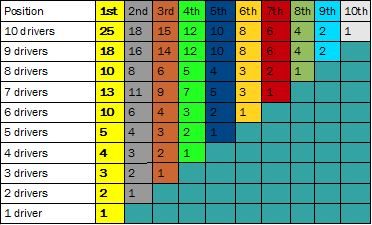 3.3- The Points of Power Stage are applied only in the final Lap, as it follows:

3.4- If you have completed a halfway of stage, then the points will be attributed on the Top-6 Leg from the 2014 European Rally Championship as it follows:

3.5- These points from the 2015 Rally Trophy do not carry over to the 2016 Global Rally Championship, as it is a Pre-Season of GRC.

3.6- Gaining a position compared to the Leg 1 to the final classification will give you 3 extra points.
4.1- In the end, a driver is crowned "2015 The Rally Trophy [OVERALL/CLASS] Champion".

4.2- If there are 2 or more drivers with the same number of points, the champion will be determined by the following criteria:

4.3- The same process is done to Manufacturers, Teams, Countries, the Average Finishing Position Title and the Average Points Finish.

5.3- Car Changes during the season are allowed.

5.5- There are no number limit of sign-ups. Two or more lobbies will be created if necessary.

5.6- The entries will be reviewed in January 2016, for the start of Global Rally Championship.

5.7- The participants can invite persons to do the rally, but they must inform the Event Organizer before they participate on the rally.
6.1- After or during every race, the Series Promotors may issue a penalty for a participant or then exclude a participant if he's misbehaving on the track.

6.2- Don't talk in the incident on the thread. If you want to submit the incident, please send us a PM.

6.4- After the incident has been verified, the Series Promotors will be giving a warning, a penalty or possibly, a exclusion from the rally to a misbehaving participant.

6.5- A participant may be excluded from the rally results in case if he accumulates excessive penalty.
7.1- The lobby will be open in a normal lobby or a Club Lobby. The privacy of lobby will be set to "Public". Here are the images: 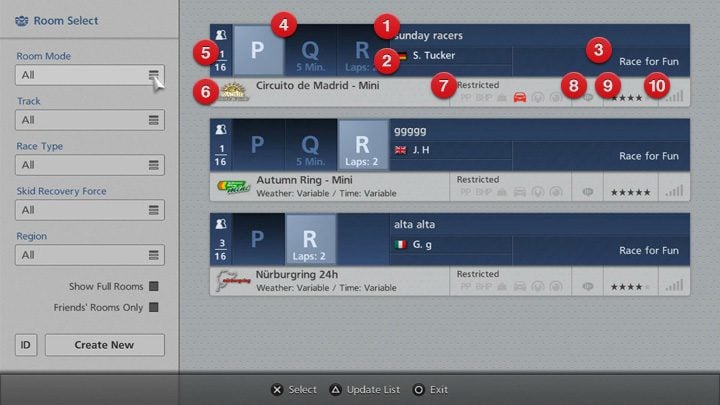 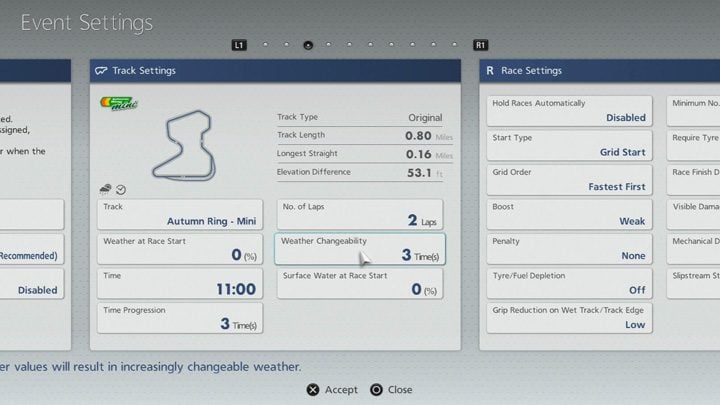 7.2- The Races will be Practice/Time Trial, depending of the type of a Rally Stage.

7.4- In Time Trial Events, doing a pit stop is forbidden!

7.5- The Event's weather will be based on a country's real day.

7.6- All driving assists are allowed, as long as you meet the Regulations of "Car Selection".

7.7- The cars will have a different specification for each surface.

7.8- In Time Trial Events, The Race Format will be set to "Race Alone".

7.9- The Events's weather will be according to the real weather conditions.

7.10 The Car Performance will be flitered by HP. 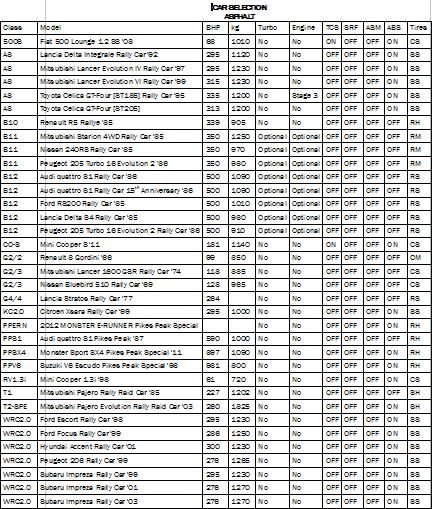 3- Balance of the Performance for the Gravel 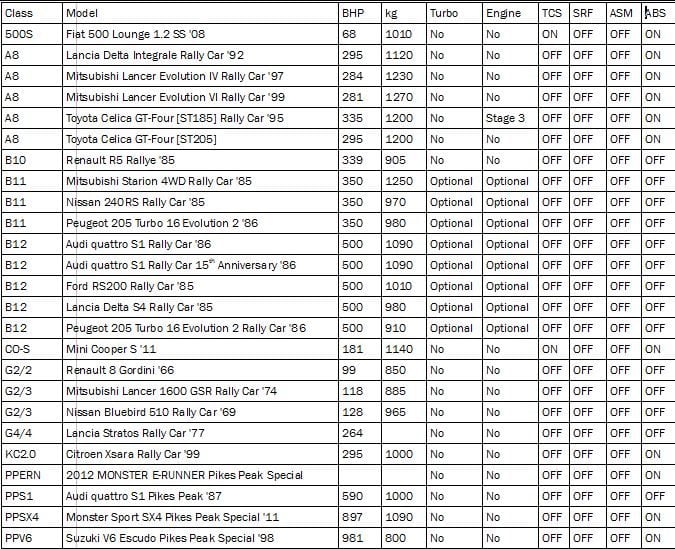 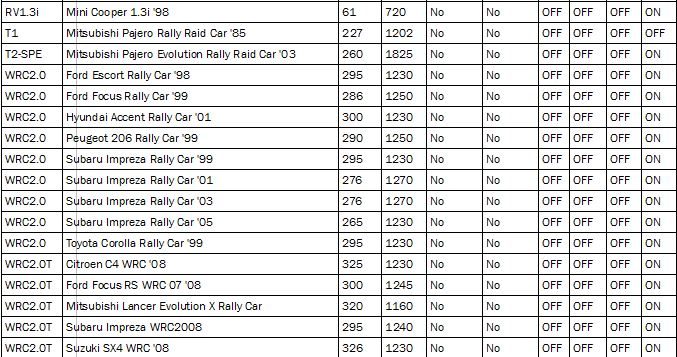 4- Balance of the Performance for the Snow 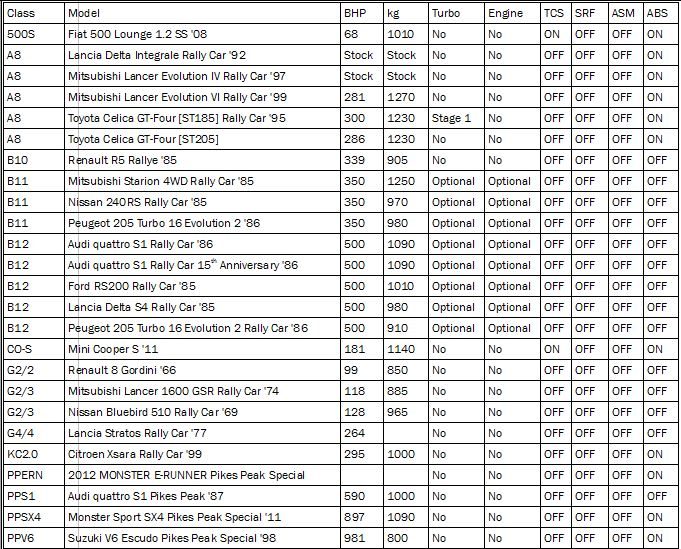 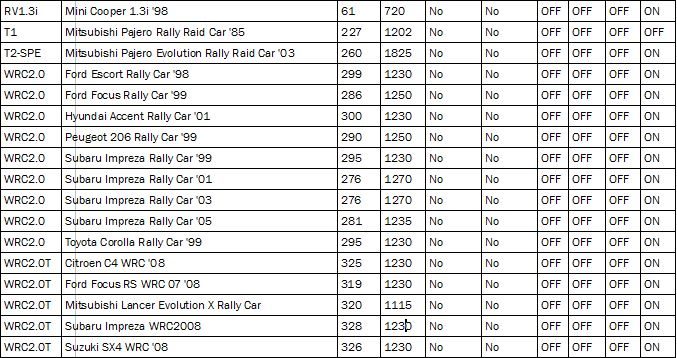 5- Extra Information
The 500S and the CO-S classes are considered as One Make Cups.

The STR class is a Open class, which allows any car which is not on the main GRC classes to compete in every round.
Last edited: Apr 7, 2016 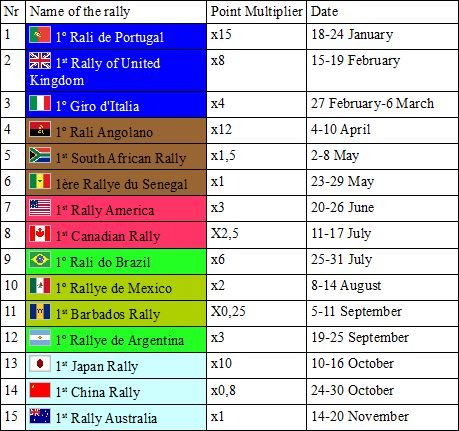 All these tracks are used in the Time Trial Format.

This stage will be run in Race Format. All drivers will be doing the rally one by one. 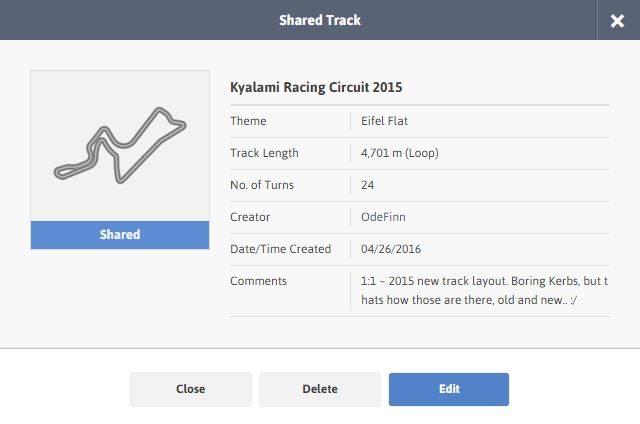 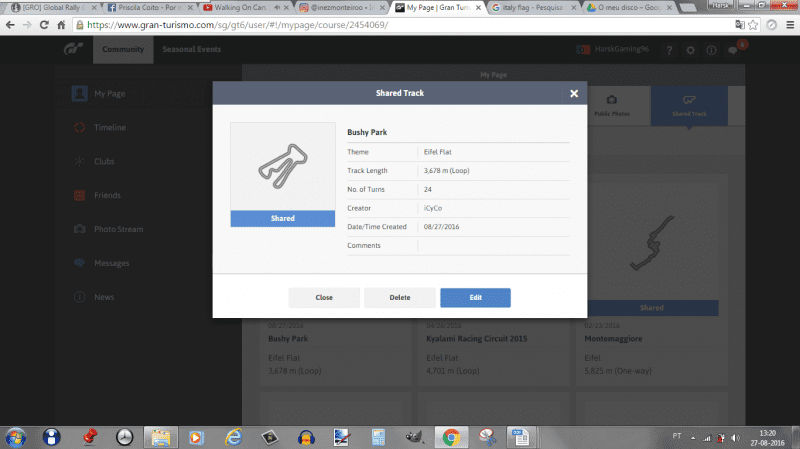 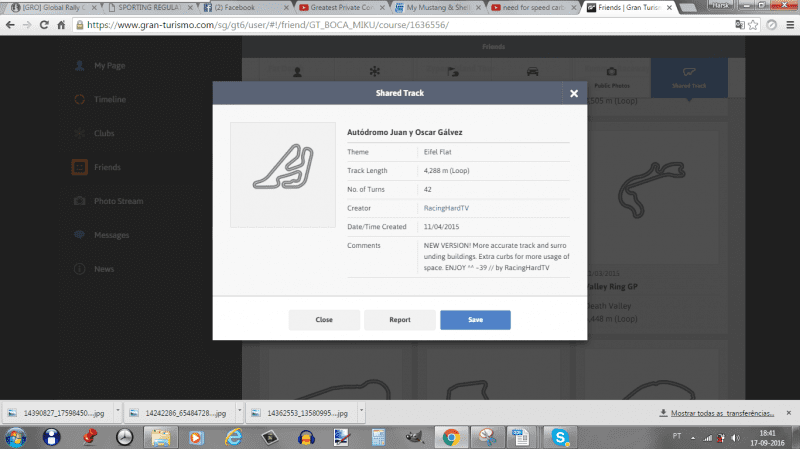 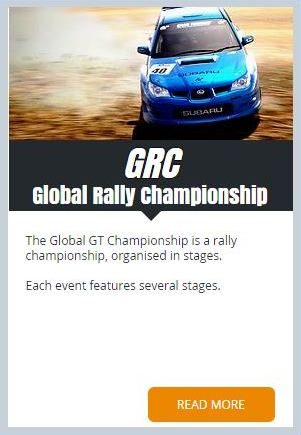 How does this work? Do I pick a class to compete in?

eran0004
How does this work? Do I pick a class to compete in?
Click to expand...

As you have participated on the Rally Trophy, then I'll show you how the process is done.

If you want to keep racing with your #72 Alpine Replica, then you just need to choose a day which you are available for participating on the rally.

But please beware that you can choose the day which you are available only inside of the rally dates. Check post #4 for the Schedule.

Harsk100
As you have participated on the Rally Trophy, then I'll show you how the process is done.

If you want to keep racing with your #72 Alpine Replica, then you just need to choose a day which you are available for participating on the rally.

But please beware that you can choose the day which you are available only inside of the rally dates. Check post #4 for the Schedule.
Click to expand...

Alright. Can I switch from #72 to #73 though (same car), as that number seems to be available?

As for the dates, am I free to pick any date and time within the frame of an event?

Sorry mate, but you can't change number from #72 to #73. The guys who participate in The Rally Trophy are automatically signed up to GRC, meaning, the driver's numbers (#) are transferred to GRC. So, if you have competed in the Rally Trophy, then you can't change. Besides, the #73 is reserved.


eran0004
As for the dates, am I free to pick any date and time within the frame of an event?
Click to expand...

All these tracks are used in the Time Trial Format.


January 10th 2016: Thread created. Car Selection, Regulations and details of the Round 1 Rally Portugal are now available.
January 11th 2016: The GRC now has its own website.
January 12th 2016: @SVPSkins has been added to the Entry List. Rally UK details are also added.
Click to expand...

Harsk, your link is broken.

Obelisk
Harsk, your link is broken.
Click to expand...

Can you replace your link with this one?

Obelisk
Can you replace your link with this one?

But when I go to this following link, it directs me to my community profile.

Harsk100
But when I go to this following link, it directs me to my community profile.
Click to expand...

It's supposed to. It links directly to your track so that users can save it. Your link returned an error.

Harsk100
But when I go to this following link, it directs me to my community profile.
Click to expand...

Your own links always does that. But it works for everyone else.

eran0004
Your own links always does that. But it works for everyone else.
Click to expand...

Yeah, but I'm afraid of these links being broken. You know, I just can't put a broken link. But if it doesn't work, then, I will post a image of the details of the Point to Point track. You can download that track by clicking into my GT Profile. 👍

I think that Google's spreadsheet may work better than screenshots :S

NSX_LeMans
I think that Google's spreadsheet may work better than screenshots :S
Click to expand...

It would work better in my opinion, but I just don't want to make it complicated.

The car I'm using is the Mitsubishi Lancer X RC.

I take the Suzuki V6 Escudo '98 if it is okay.
I am not seeing this car on the Asphalt BoP sheet

I take the Suzuki V6 Escudo '98 if it is okay.
I am not seeing this car on the Asphalt BoP sheet

There is a STR Class.

Before, we proceed to the entry list, I'll clarify about choosing a day and a time. The day and a time choices are meant to be the following structure:

NOT ATTENDING:
@Formidable (In Florida for the entire week