Is my PC upgradable? Need some advice

ProjectWHaT
I don't use that specific option, but I've never had problems with free look. Perhaps try testing free look and see if there's similar issues? I play with a controller so i have the left stick for steering and the right stick for free look and then another button to reset the view
Click to expand...

I posted about it in a facebook group and was told that it's the game specifically that can't keep up with that option. Was told to turn down the movement factor, which I did, and it did make things a bit better. Fought with a few settings most of the night and then after setting the refresh rate to 59Hz thing suddenly were noticeably better. Fingers crossed. So basically right now I have it set to:
Looking at the metrics while playing, GPU tends to bounce around in the 65-75% range. CPU in the teens.

Edit: Just looked up my other graphics card on eBay, recent sold listings are around $300. So I'll be doing that...

I don't remember what that does, but you could probably lower it for more performance?


R1600Turbo
Looking at the metrics while playing, GPU tends to bounce around in the 65-75% range. CPU in the teens.
Click to expand...

With V-sync on, it won't be running at full beans. If you turn it off, you'll probably high much higher GPU utilization and higher frame rate.


R1600Turbo
Edit: Just looked up my other graphics card on eBay, recent sold listings are around $300. So I'll be doing that...

Yeah, prices are incredibly inflated right now. With everyone working from home or getting into PC gaming, hardware is in high demand and supply can't keep up
Last edited: Jan 28, 2021

Ok, so with some more minor tweaking, installation of the JBX graphics mod for ATS, and some messing around with the Radeon software, I've got the game running pretty good with only some minor slowdown when entering big cities. Here are my settings with a couple notes: 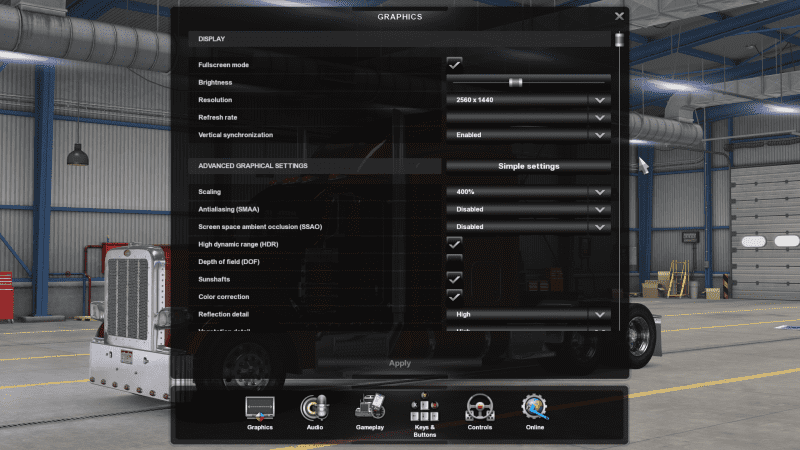 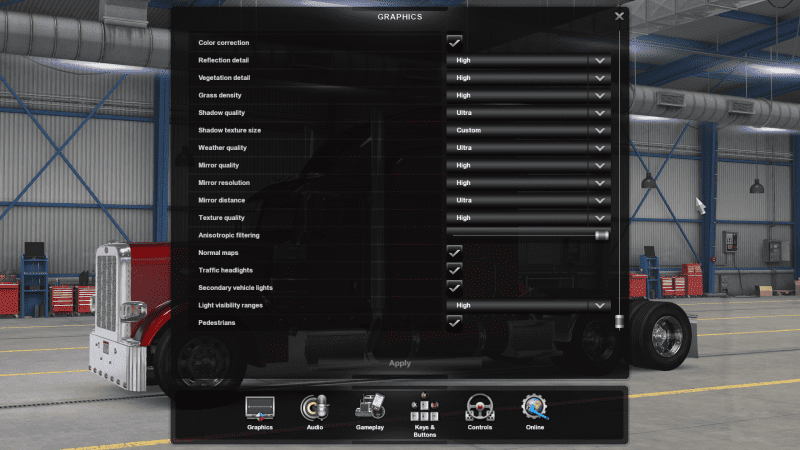 And a screenshot with above settings: 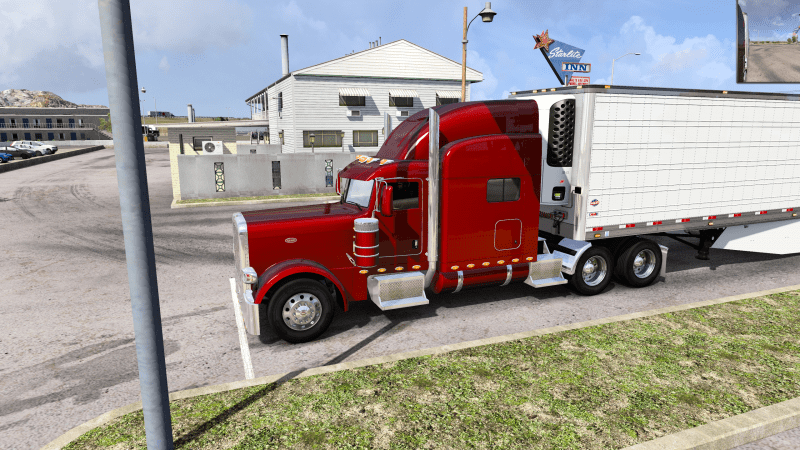 There's probably not much you can do with your current CPU in terms of your upgrade route. A new motherboard and RAM would be necessary for any good upgrade. Is there a new PC here? That's a philosophical question, and I believe it's beyond the scope of this thread.

R1600Turbo
How does this look to you?

Thinking about upgrading these:


Any suggestions? Definitely want to upgrade the graphics card at minimum to something with more RAM, and I assume good ones are hard to find still...
D

Absolutely awful time to upgrade your GPU. The market has lost its collective mind when it comes to prices at the moment. If had a card as good as a 5600Xt I'd be sticking where I was for quite some time yet.
Share:
Reddit Pinterest Tumblr WhatsApp Email Share Link