I have nothing to say about it. 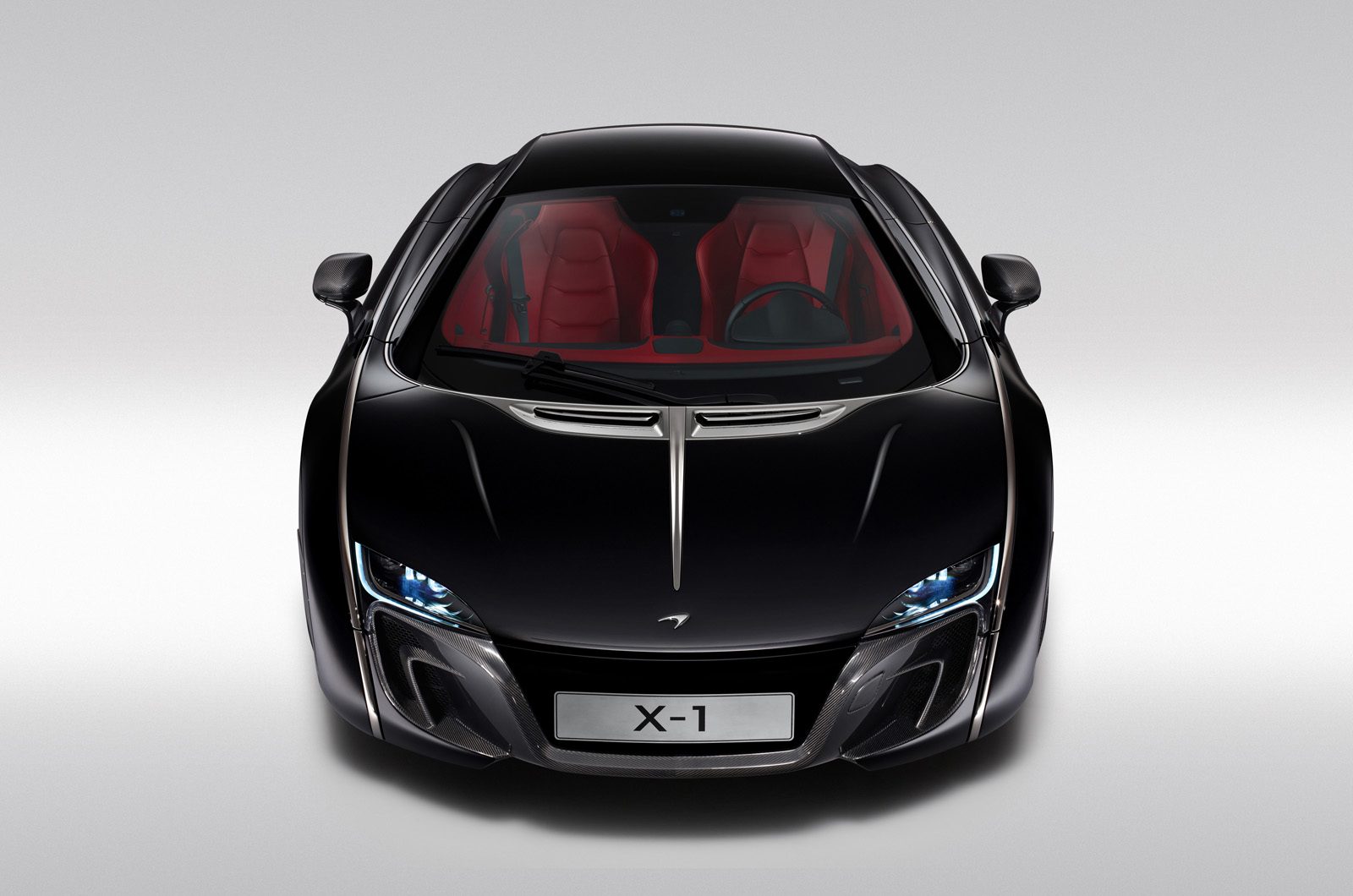 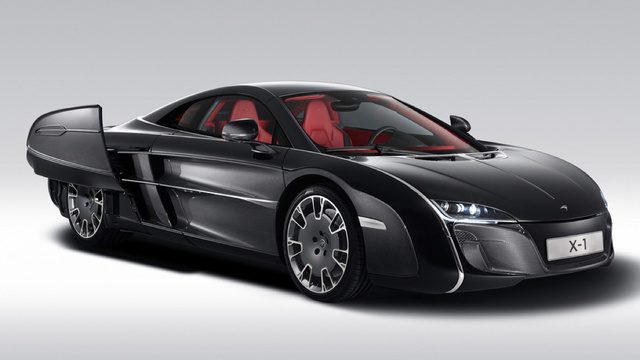 Ugly as a fat mans butt.

It'll get stuffed in some never-to-be-seen private collection in the Middle East and out of our collective memories soon enough. Just let it pass...

I hope the F1-Successor takes very few cues from this car. It looks awful from the side.

It's not my cup of tea, but it is (as i'm sure most will agree) different..
Weird how they haven't named the designer though, i think it's quite elegant in a way, but definitely not a design you'd associate with McLaren.

Elements of it remind me of the 'Maybach Exelero' concept, from a good few years ago... i wonder whether the same guy penned the X-1.

^ Agreed. While I do not really mind the design, it looks more like something out of Bugatti than Mclaren

It's quite the oddity, but I'm wondering how long it will take until BMW threatens to sue for the use of the name

zedextreme8177
^ Agreed. While I do not really mind the design, it looks more like something out of Bugatti than Mclaren

Agreed. The swoopy body does not fit the nature of the MP4-12C.

If only this sign would've made its way towards the designers.
C

Looks like a concept car from the 50's, I love it!

Nop , it's not pink nor orange.

Code named P12 test mule looks nothing like this 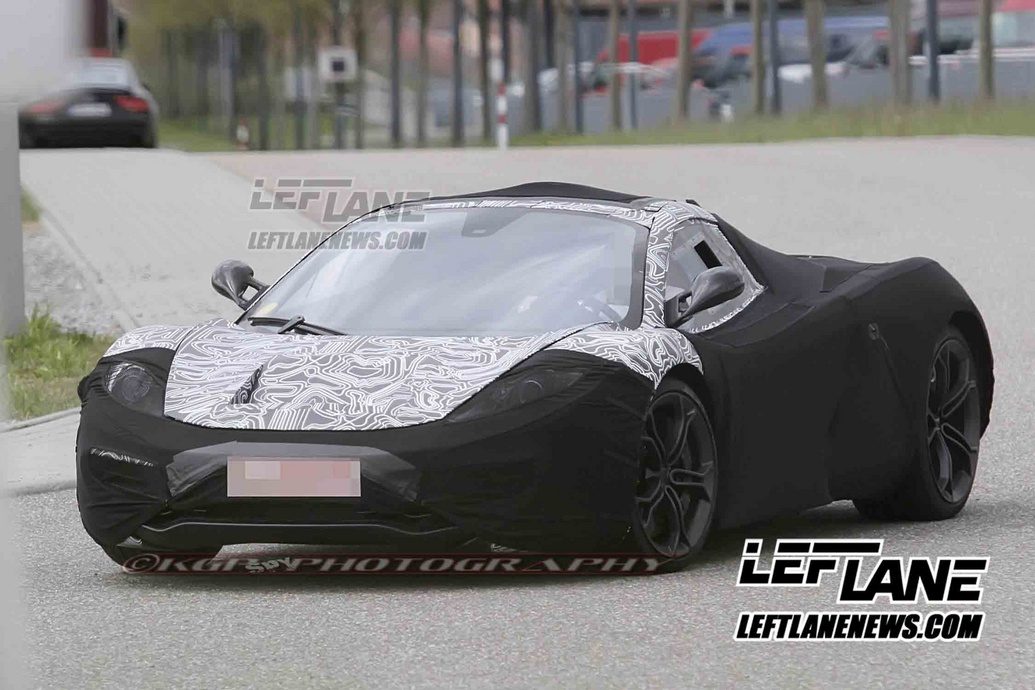 Just a note, this is not a concept car. It was a one off commission by a 'special customer' built to reflect his personality and needs, completed under McLaren's Special Operations branch.

Soloracer3
Just a note, this is not a concept car. It was a one off commission by a 'special customer' built to reflect his personality and needs, completed under McLaren's Special Operations branch.

The car wasn't unveiled then, it was the division of McLaren that was first shown at Pebble beach 👍 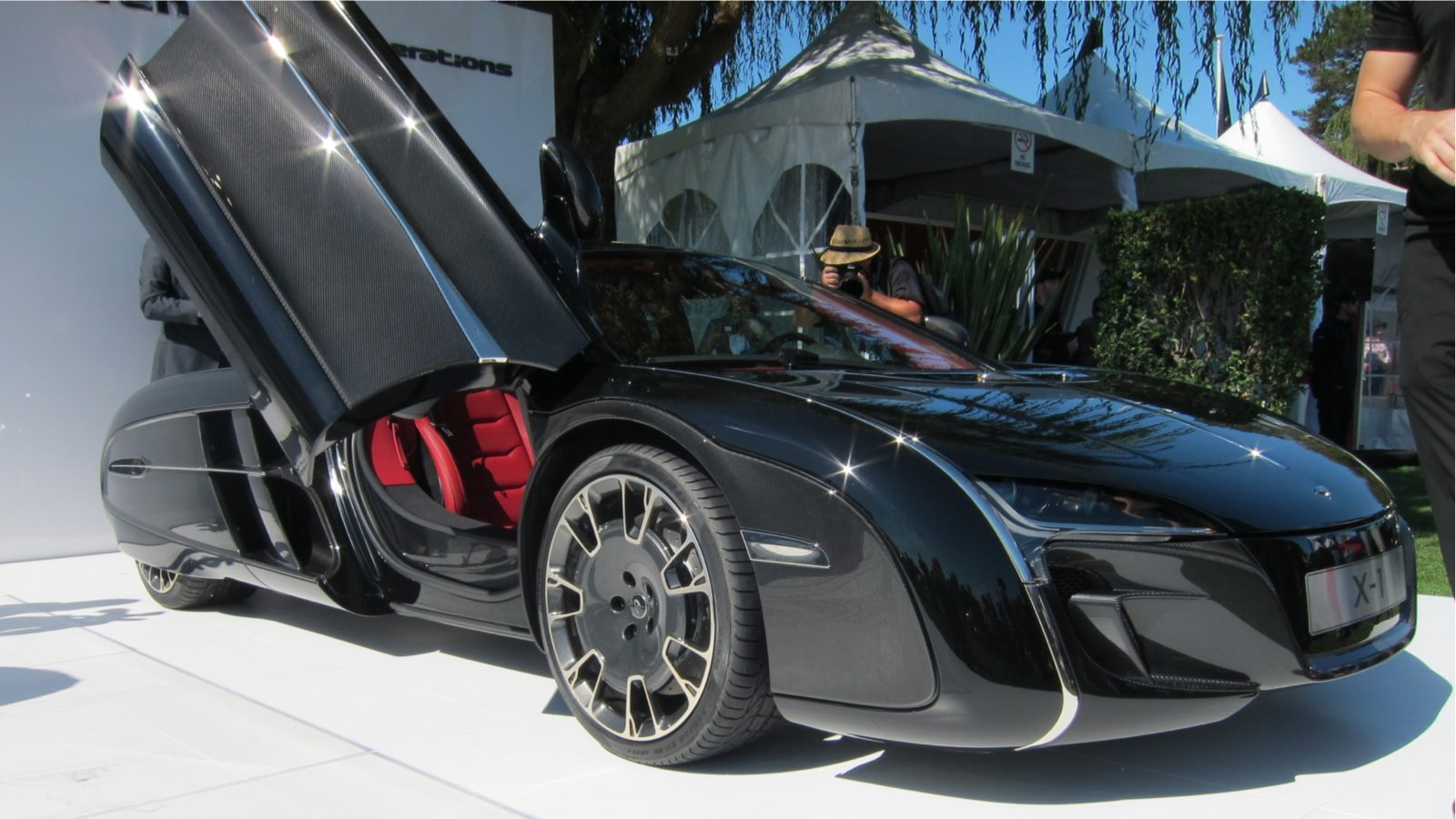 It looks odd and weird, but it looks nice in a way. It just not the right look for McLaren
Last edited: Aug 18, 2012

From that view ^, i'm really seeing the Citroen influence, it reminds me of the CX, DS and even the SM.

I agree with zedextreme, the kind of thing that Bugatti might do.

I wonder if McLaren has any French stylists working for them? Every time I see this car it seems more French.

Redbull X1? Why not McLaren X1?

alexlam24
Redbull X1? Why not McLaren X1?
Click to expand... 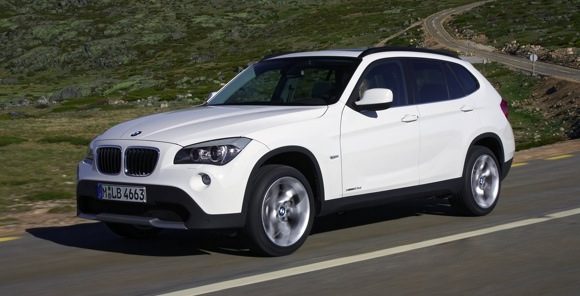 I love it, it gets better the more you look at it. Better looking than 90% of modern supercars.

Yeah ^, i see a bit of nautical design in it too, definitely yacht-ish, or maybe even a bit of classic Italian 'Riva' speedboat to it.

McLaren has uncovered a one-off concept car called the X-1 at the exclusive motoring event 'The Quail'. Based on the 12C, the concept was built by McLaren Special Operations (MSO) - the division of the company that focuses on bespoke projects.

In a similar style to the recently unveiled one-off SP12 EC by Ferrari for guitarist Eric Clapton, and the Lamborghini Aventador J, the car was built to order for a wealthy car enthusiast - in this case anonymously.

Under the new carbon fibre body, the car uses a modified version of the 12C's MonoCell structure, which allows for a different look, while retaining the driving characteristics and twin-turbo V8 of the standard McLaren.

The project began three years ago during a conversation between company chairman Ron Dennis and the anonymous client, who already owns a McLaren F1. He wanted a supercar that suited to his personality.

Hong Yeo is the designer in credited to the styling of the X-1. Korean-born RCA graduate, Yeo was chosen and directed by Frank Stephenson to design the special project.

The X-1 even had its own development programme, because the owner didn&#8217;t want a fragile concept car that couldn&#8217;t be used. Part of the brief was that it could be driven legally on the road, and capable of travelling at supercar speeds in safety.
Click to expand...

So they've tried to combine completely different concepts into one car, not sure if that's ever a good idea (and if it would be than using a mid-engined McLaren as a base car seems even stranger for that purpose).
I can understand the owner liking the cars he used as influence yet I can't understand you'd be pleased with the end result given his preferences as its styling lacks any clear coherence and the detailing appears fuzzy to me.
Or in other words, I think it's pretty ugly, even though I'm normally rather openminded regarding strange concepts.

Before you choke on your cereal its a custom one off for a customer. 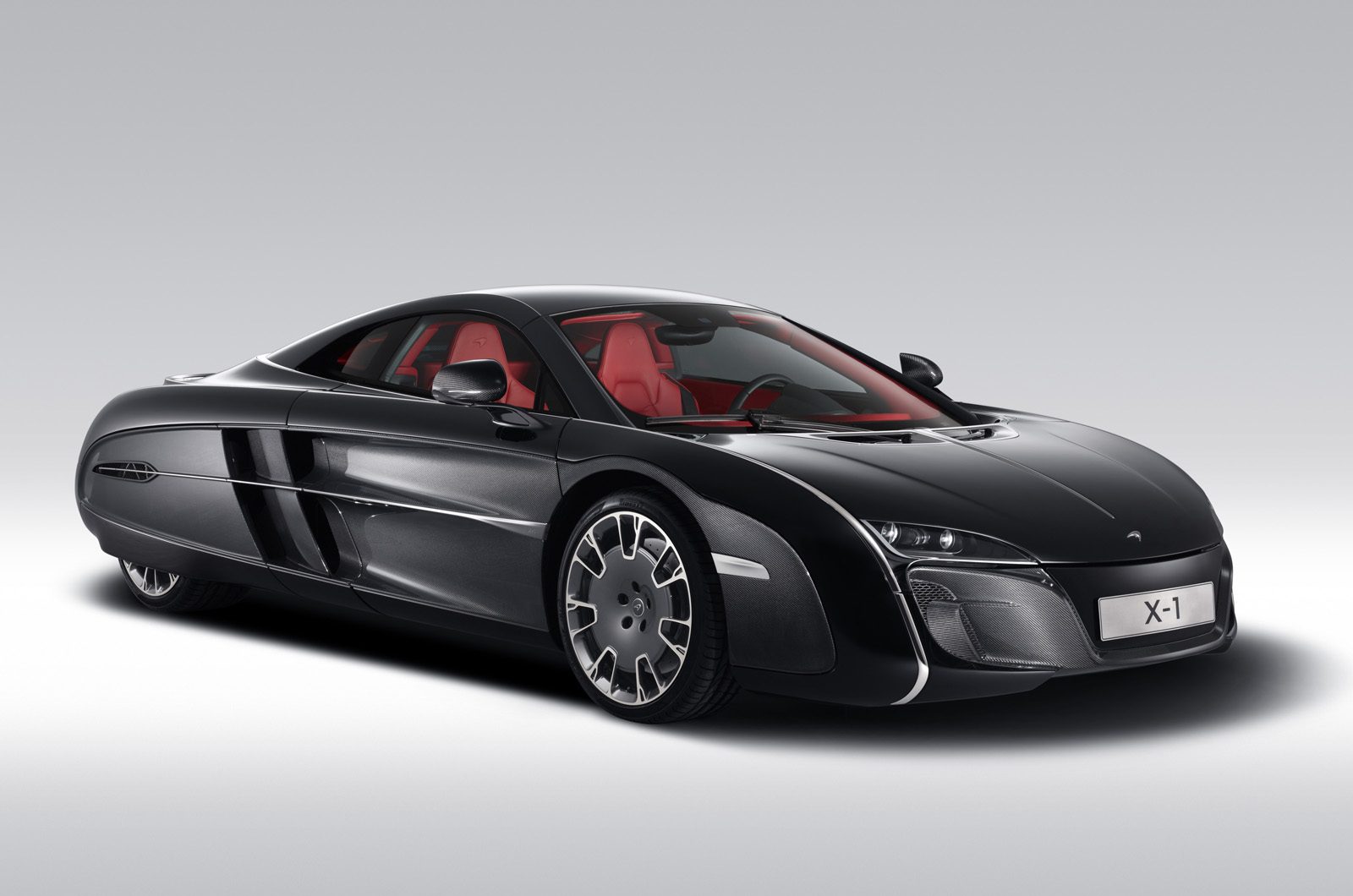 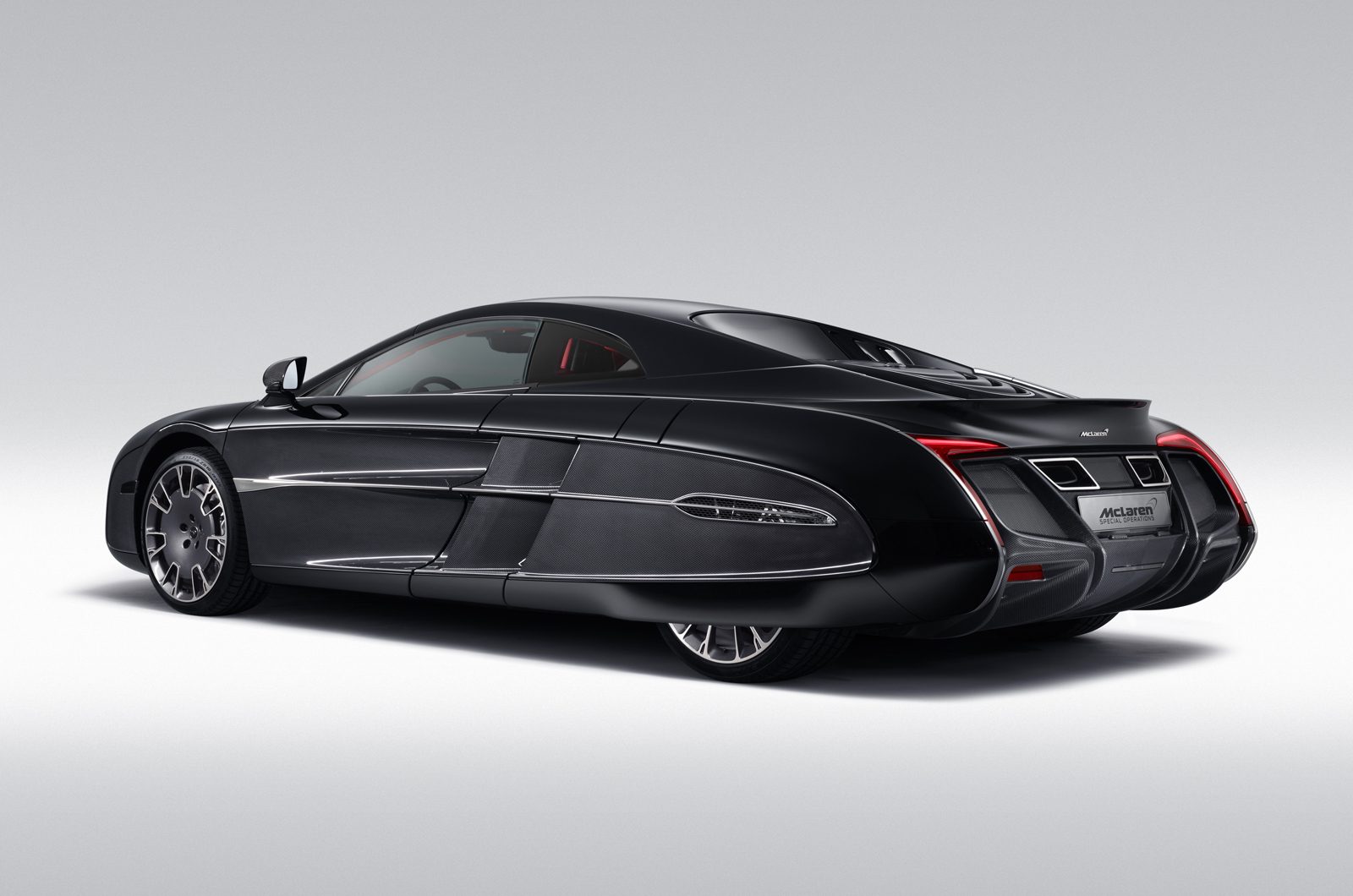 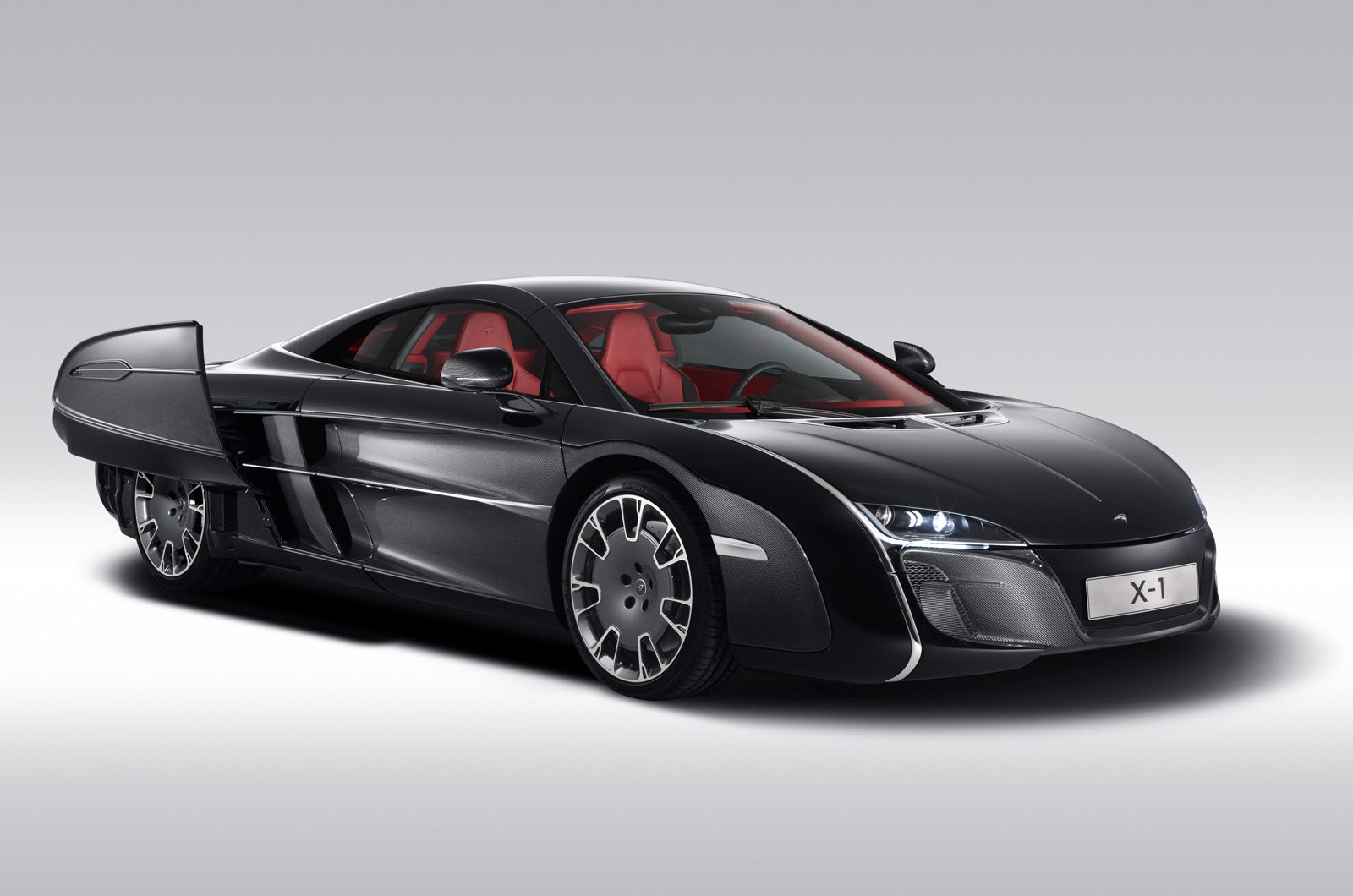 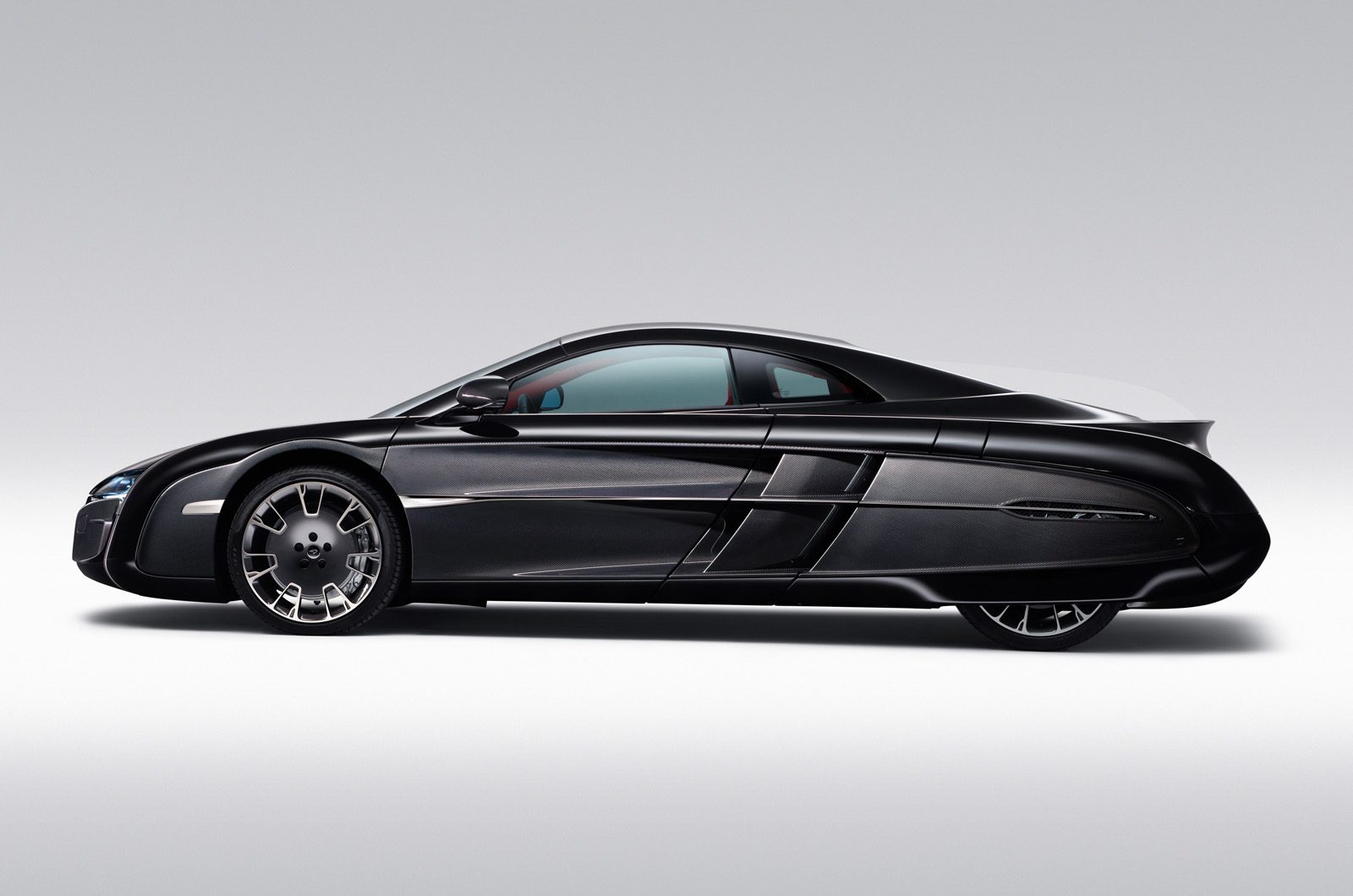 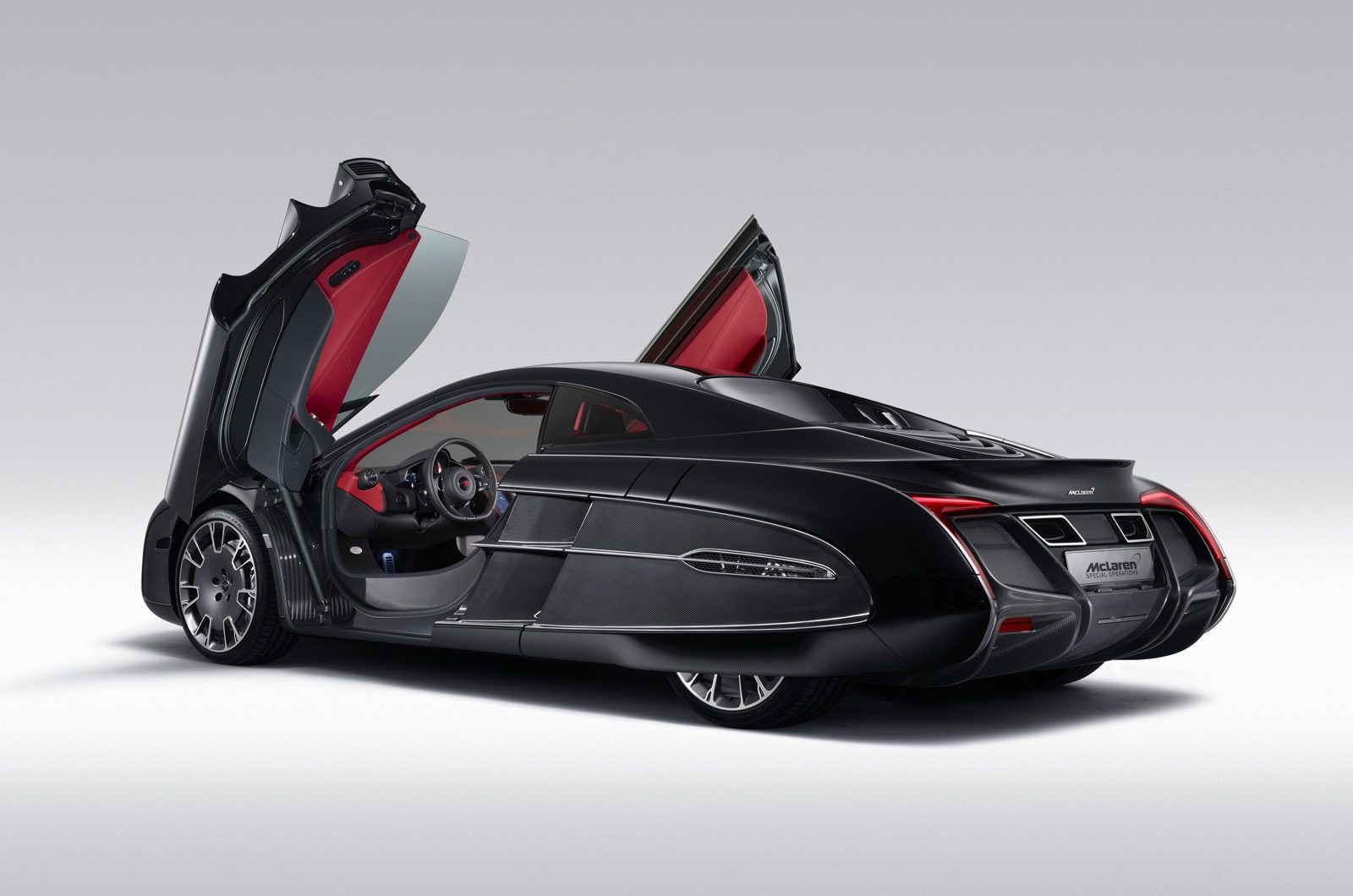 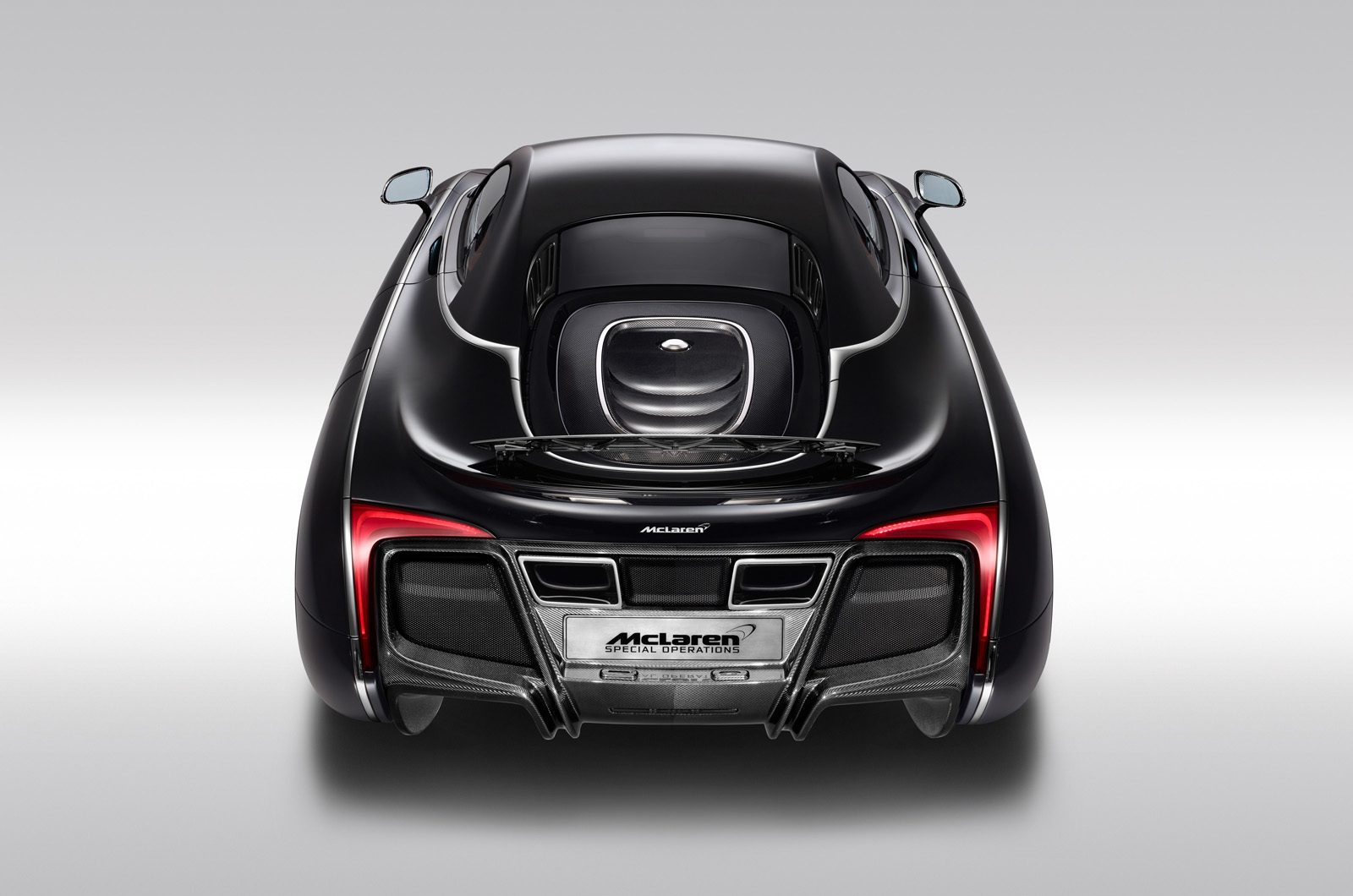 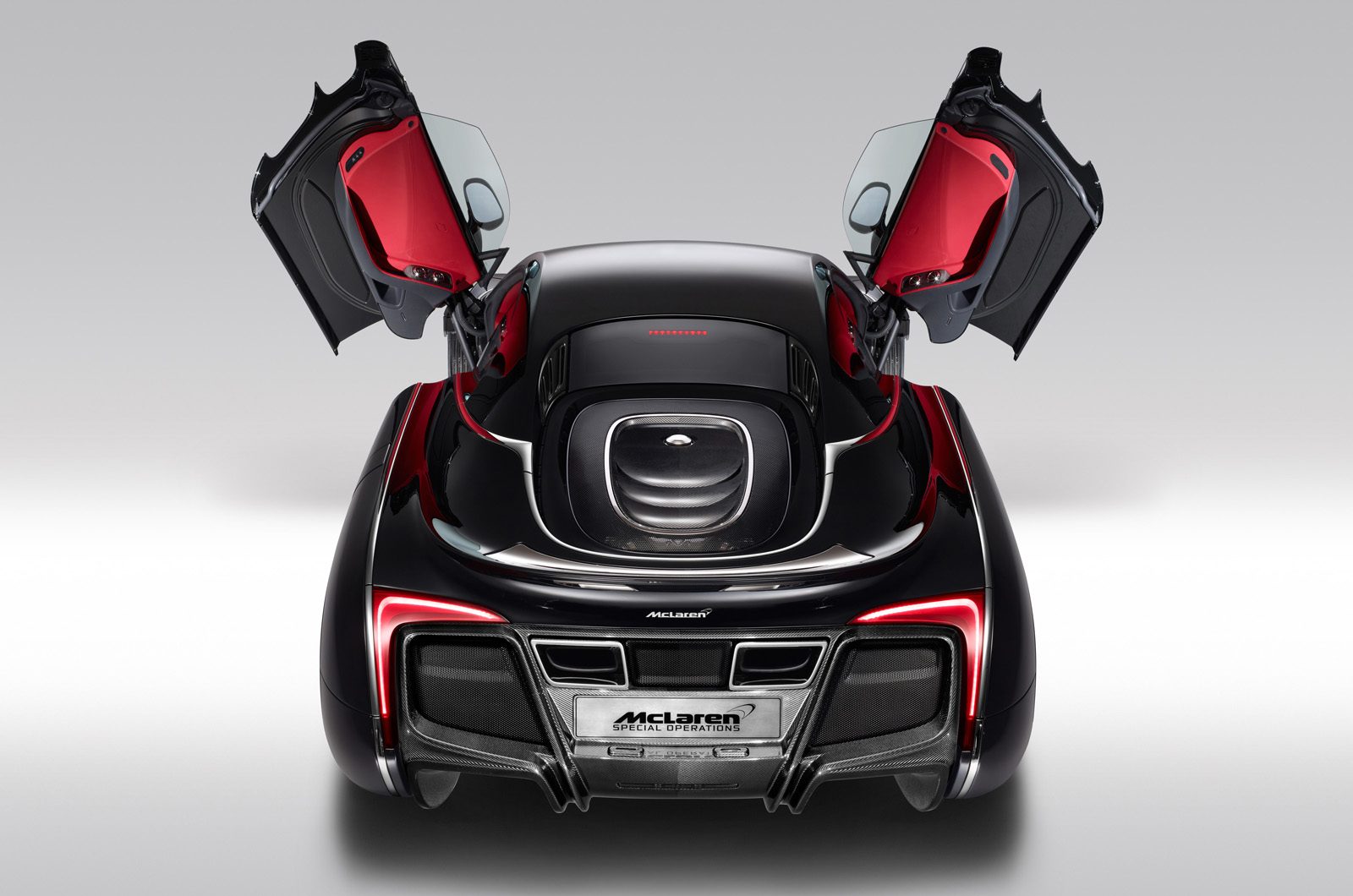 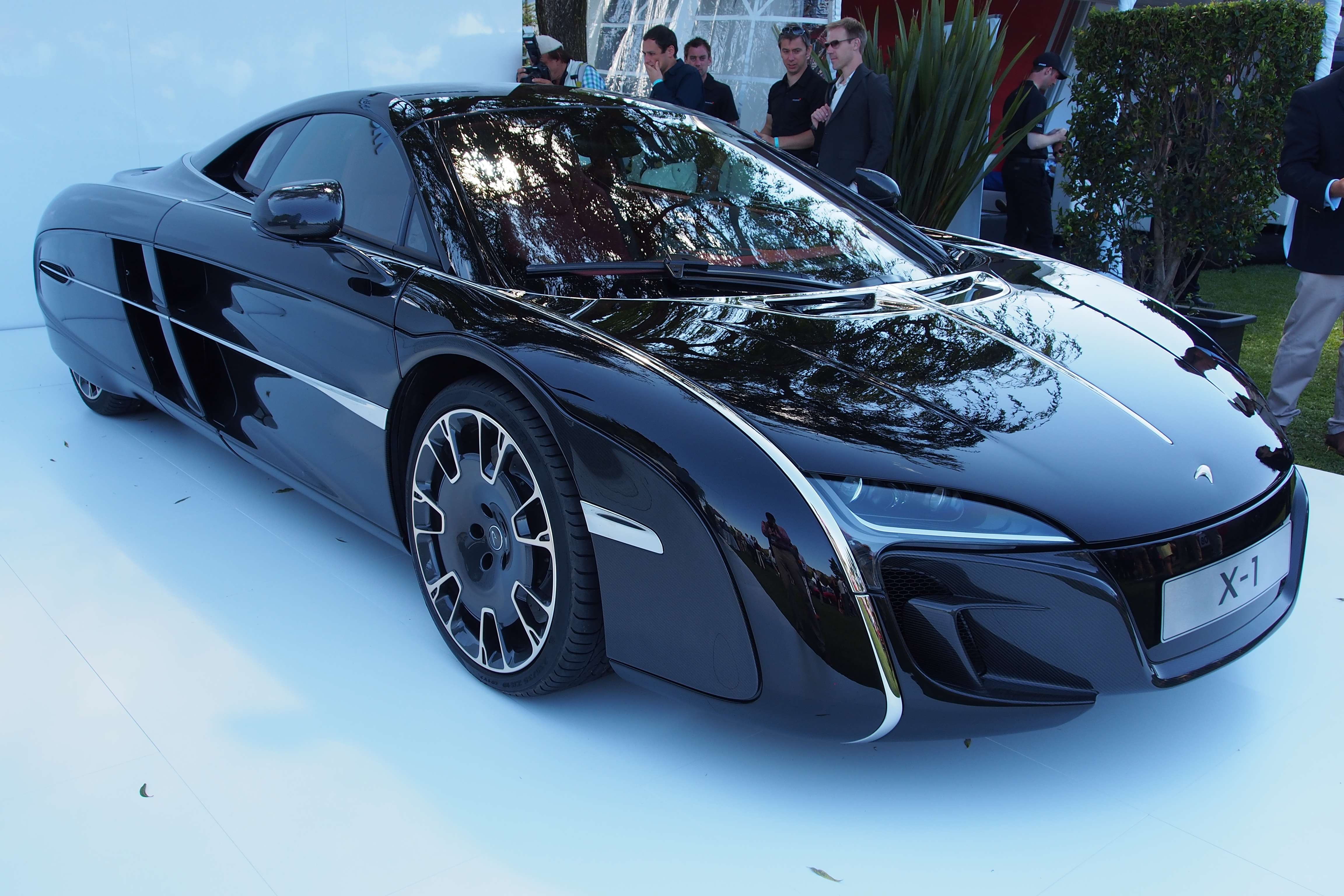 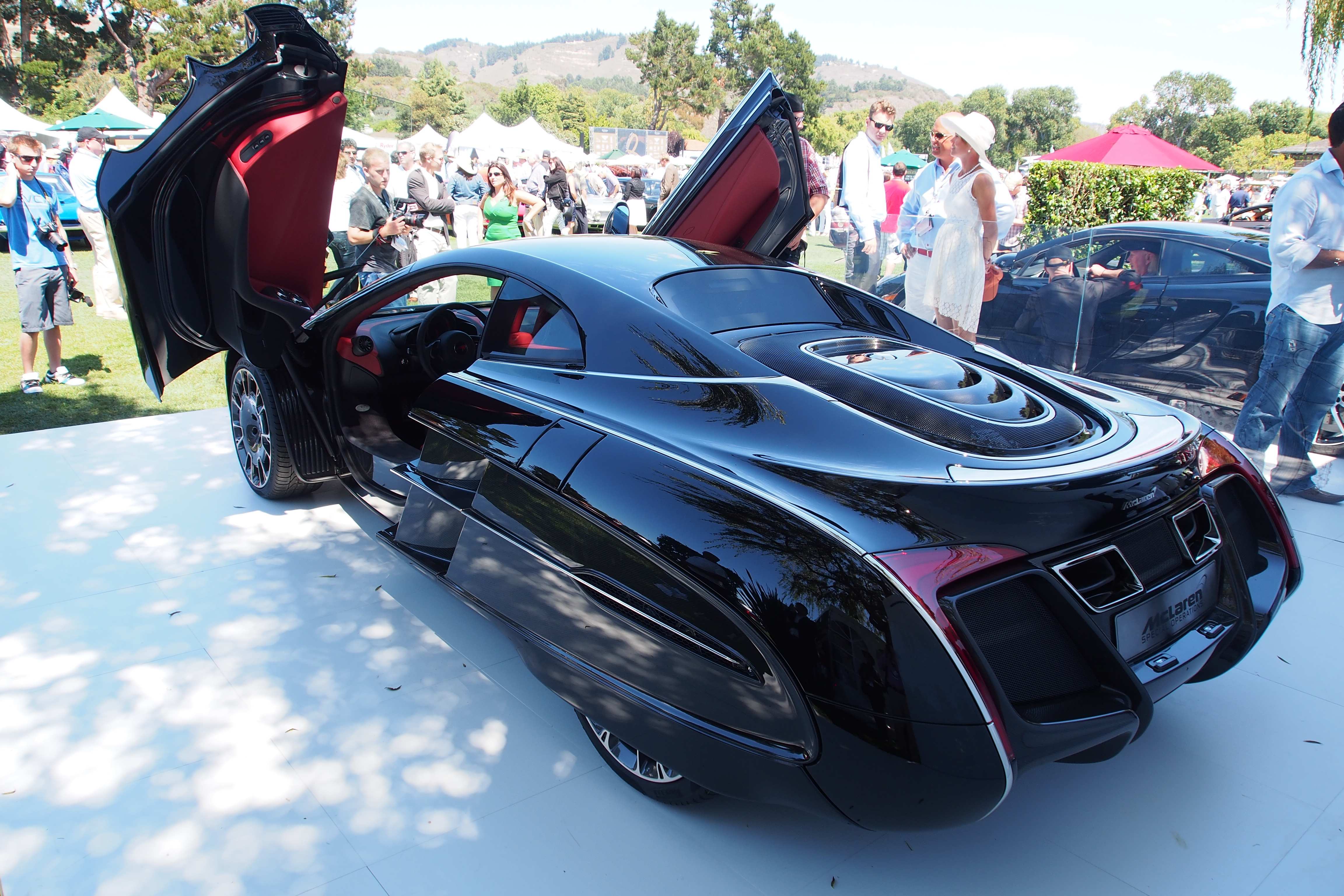 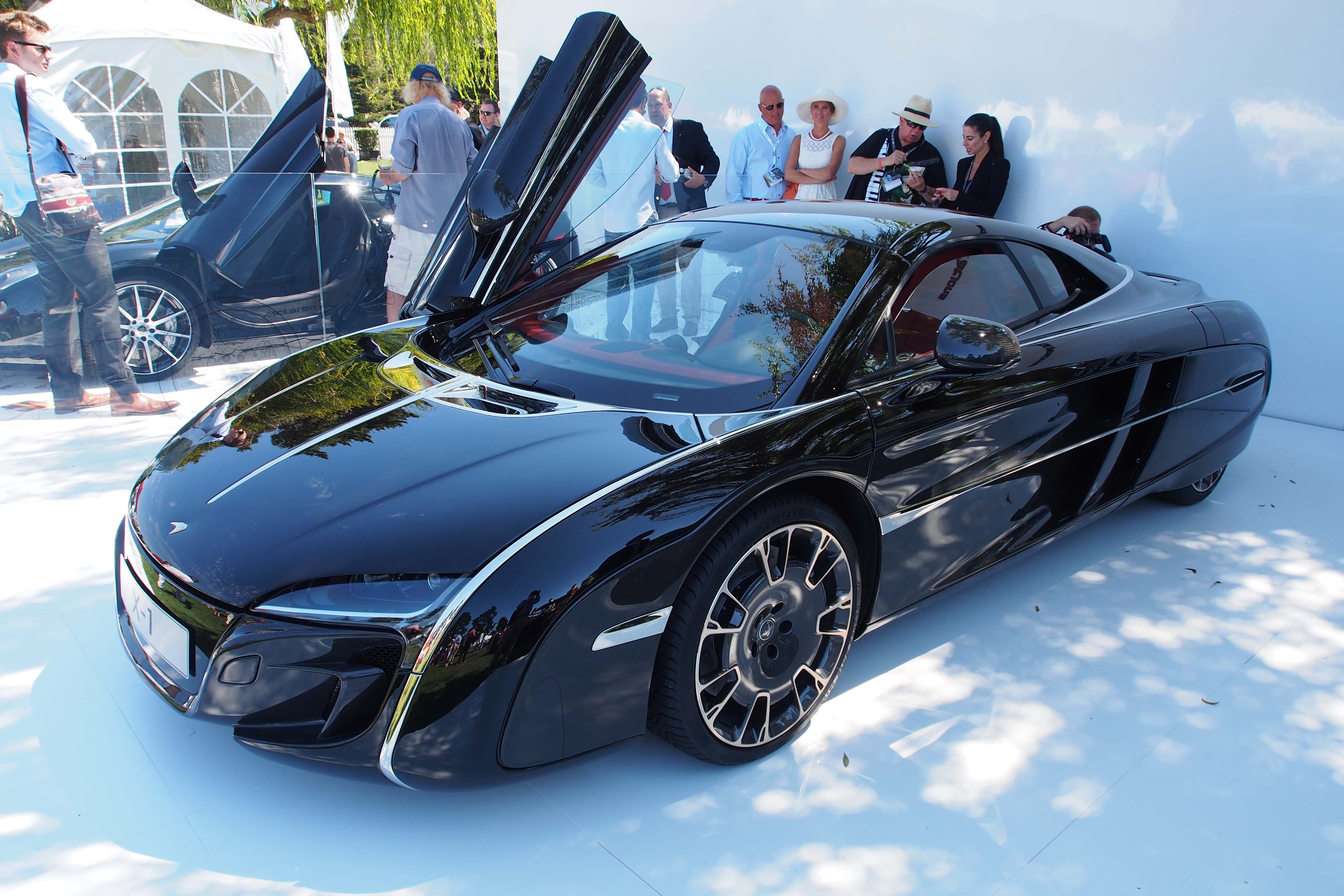 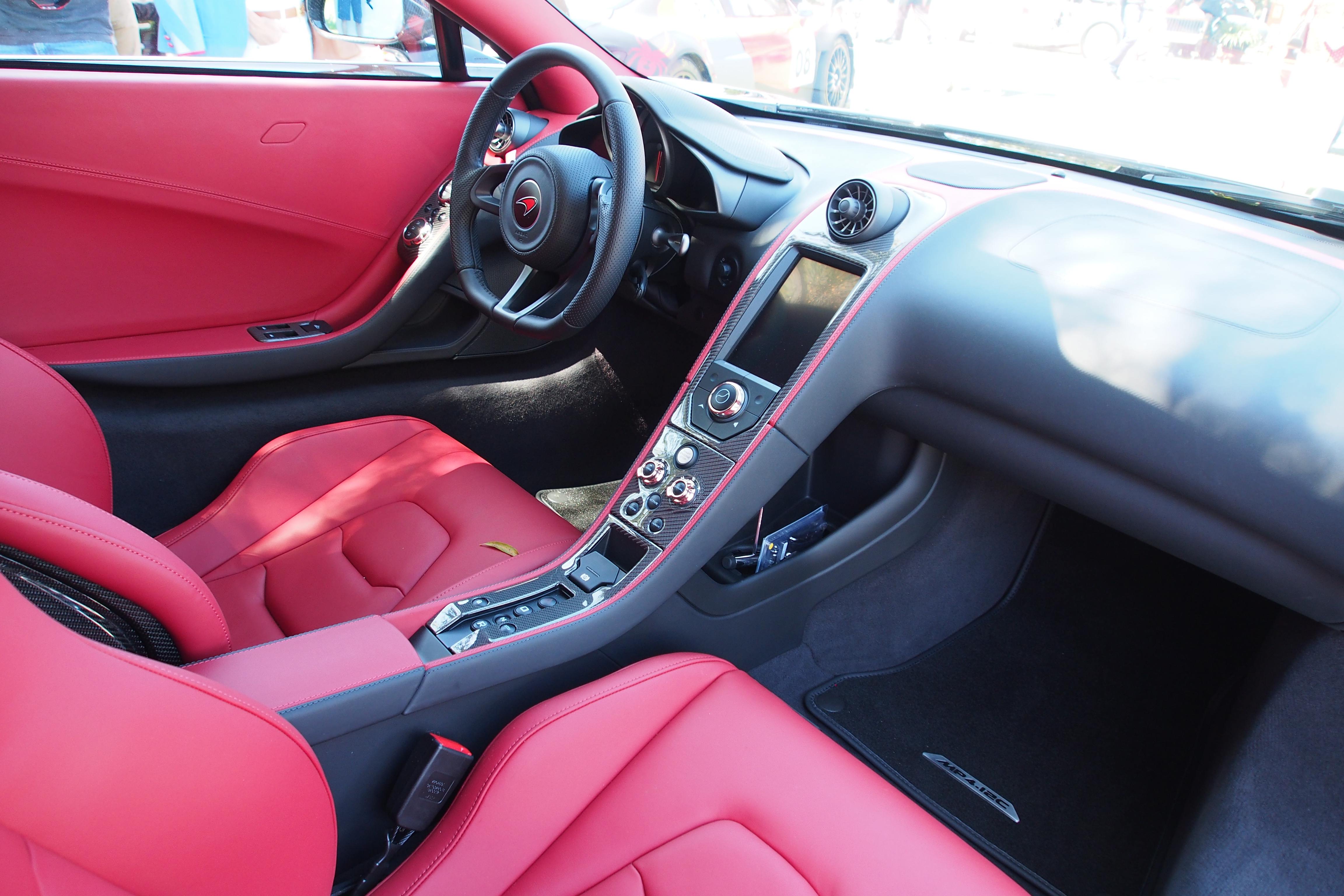 The Telegraph
If you're a keen follower of McLaren road cars and already own an F1, SLR and MP4-12C, then what do you buy next? The answer, it would seem, is that you commission McLaren to build a bespoke car especially for you.

That's how the X-1, which was unveiled today at Pebble Beach in Monterey, USA, came in to existence. It's the creation of McLaren Special Operations (MSO), a division of McLaren Automotive that is responsible for delivering bespoke projects.

The car is based on the MP4-12C supercar and so uses McLaren's carbon-fibre MonoCell tub. Paul MacKenzie, MSO Programme Director, explained how the project came to fruition: "The conversation began with our Executive Chairman Ron Dennis almost three years ago &#8722; before the 12C was even launched. The client wanted a machine that had all the capability of the 12C but wrapped in a unique body that reflected his needs and personality."

An initial meeting with MacKenzie and Frank Stephenson, McLaren Design Director, resulted in hundreds of images covering everything from cars and architecture to fashion and film being presented to the customer, which were then narrowed down to a "mood book".

"The client wanted a competition between external designers &#8211; some outside the automotive world &#8211; and McLaren's own designers," said Stephenson. Among the vehicles studied were a 1961 Facel Vega, a 1953 Chrysler D'Elegance Ghia, a 1959 Buick Electra, a 1939 Mercedes-Benz 540K and a 1971 Citroën SM, while design classics from outside the automotive world included the Guggenheim museums in New York and Bilba, an Airstream trailer and a grand piano.
Click to expand...

Even people with millions think the MP412C needs jazzing up

It's not bad looking but its certainly not got any Mclaren heritage influence (like those one off Ferrari's), the guy could have picked any car as the donor. Should have used a Bugatti as it would have been a better fit for the look.

Literally on the same page...

Nevermind. Plus its not a concept

I agree it's like the designers said let's make a car that looks like a boat but uglier.