Nascar 21 to be called NASCAR NXT

There are also mentions of no custom private lobbies from Tyler Dohar, so this seems exactly as I expected: pretty much another unfinished project from Motorsport Games

r_outsider
Sick of paying $100 to beta test garbage in the hopes it gets improved. How 'bout we just wait until they fix it and buy it on discount later instead?
Click to expand...

Unfortunately, the game development model for smaller studios in the last decade or so has been "the publishers won't pay for fixes unless the game sells a million copies its first week, so early sales/DLC have to fund the patches". And if you buy a game on discount then likely none of that money goes to the developers because of the ass-backwards way Steam takes it cut.

Not to say developers are completely blameless, there's plenty of examples of fault there too. But the overall business model plays a pretty sizable part in it.

EngieDiesel
Not to say developers are completely blameless, there's plenty of examples of fault there too.
Click to expand...

Is there? 95% of the developer studio, in my experiences, are for the most part blameless, considering they're simply trying to make the best out of the sometimes rotten hands they are given. I think blame can be placed upon the heads of the studio, but certainly not the rank and file.

Really, this just seems to be a classic case of what comes out of licensing full series in motorsports that isn't F1 (or I guess, soon enough, WRC): there simply isn't enough interest to make it all worth it, so they rush out games to be made by a hard deadline, and add just enough new content and gameplay ideas that will get people to buy it in the hopes that things will have changed. NASCAR fans seem especially easy to this sort of thinking considering how NASCAR games since EA's outings have faired.

I truly get the sense that NASCAR (and to some extent, Indycar) really treats iRacing as its own officially licensed game considering how closely the two are intertwined, and how much new content, especially new tracks (Chicago street circuit and the LA Coliseum short track come to mind) have been added to the service.

Impressive, you can actually see the suspension travel.

The sounds seem a bit off to me, but I've definitley seen worse visually, actually looks quite smart.

Am I the only one that feels like they modelled the tires to be abit too skinny? 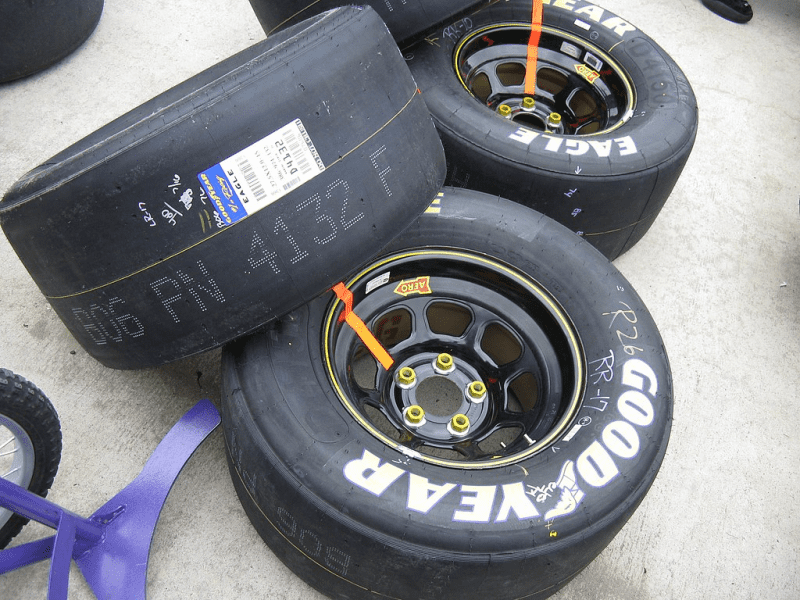 I know they aren't exactly Formula 1 levels of Absolute Glossy Thiccness (CHONK), but those look alarmingly closer to a WTCC tire.

I am impressed. Looks really alive in that new video.
C

I'm sure everyone knows that the game is going to be called "Nascar 21 Ignition".

ctdc67
I'm sure everyone knows that the game is going to be called "Nascar 21 Ignition".
Click to expand...

I tried to raise that point too but I'm not even sure @LeeGTRacer3 checks this thread anymore despite being the one that started it.

Did a quick comparison between Heat 5 and Ignition. The cars sounds a lot gruntier in cockpit view in Heat 5 than in Ignition. I think that Ignition's sounds will be more refined. To early to judge.

Also the tracks is less smooth in Ignition and the cars "wheelhop" a lot more. Ignition looks more natural.

They released a video showing the paint booth, seems pretty much in line with every other racing game so it should be fairly easy to use.

It has been a while that I've been stocked for a game about to release. Everything they have shown so far has been looking spot on.

They finally released a decent length gameplay video and it shows some damage!


Still on the fence about it but if it doesn't have any major bugs I might get it during black Friday as it will more than likely be on sale.

Definitely turning off the spotter.

Northstar
They finally released a decent length gameplay video and it shows some damage!


Still on the fence about it but if it doesn't have any major bugs I might get it during black Friday as it will more than likely be on sale.
Click to expand...

I’ll echo my previous sentiment, looks surprisingly polished visually, the although it’s difficult to tell what the physics system is like from a video, it all looks quite planted and weighty.

If you mean stuff like the glaucoma-vision depth of field effect, most Unreal Engine games let you turn off post processing effects individually. In fact it's kind of necessary in some cases, becasue some of those effects really seem to bottleneck a game's performance if they're not implemented correctly.

Here's someone's thoughts on twitter about the game so far (more in the replies). Personally not happy that you can't really turn off the aids.

Supposedly the game doesn’t even have stages. Granted I’ve never been a big fan of them, but they’re a pretty big part of the series the game is simulating.

Hopefully the inevitable day 1 patch is massive as this game seems to need some serious work.

Scaff
I need to pre-order this just to see how much of a mess it's going to be
Click to expand...

The leader is in the pits for hours now

Most people are complaining about not being able to turn off active steering. Hopefully the day one patch addresses this.


EngieDiesel
If you mean stuff like the glaucoma-vision depth of field effect, most Unreal Engine games let you turn off post processing effects individually. In fact it's kind of necessary in some cases, becasue some of those effects really seem to bottleneck a game's performance if they're not implemented correctly.
Click to expand...

Hopefully the next gen patch sharpens up things a bit, right now it looks acceptable if it were a Mid 2010's release (it'll probably be that way until they stop cross gen releases)

Skipped last year’s game and it looks like I’ll be skipping this one too. No version for current gen consoles at launch is a deal breaker. The game also looks like a mess and I hear there are no trucks or xfinity cars this time around.

Yep, I want to see just how big a mess it is (and experience it - call me masochistic like that)

Will GT7 be released alongside the Playstation 5's PS-VR2 ?
2

The odds of GT coming to PC