Today's the day! My wishlist is longer than it's ever been and I haven't had a new game to really get into for a while, I can't really spend much until pay day though. I think I'll probably get Shadow Warrior 2 regardless because that's been quite well discounted in the past few sales, apart from that I wouldn't mind some VR games.

Still waiting for deals on the few games I really want.


Anyone tried Sniper Ghost Warrior 3 yet? It's currently at 50% off.
Only tried the beta and seemed quite good, but have got mixed feedback on the full game.

So is this why I got even more off the Premium Pack of RaceRoom DLC than I expected? It was saying something around £85 on the website but when I went to buy it, it went down to £70...but that appeared to be part of a separate RaceRoom offer, whereby I bought a certain number of VP and it gave me more money off that. But is the whole thing part of the Steam sale? Either way, I've thrown a lot at it, but I'd say it's just about worth it. For the moment.

In addition to @SVX's list of good and somewhat serious racing games from the news post, I thought it might be worth highlighting some other either car-based not-racing games or non-car racing games that aren't terrible include (UK prices only because I'm lazy):
Also some of my personal absolute favourite, less well-known games that I strongly recommend:

Personally I have yet to pick anything up, but I think I'll get Shadow Warrior 2, the Brigador soundtrack DLC, a few copies of Golf For Workgroups, Day of Infamy and rFactor 2 (as there's no subscription thing any more, I just got my new desk which will let me use my wheel again, it's got VR support either now or soon and all my old sim racing friends are into it). Next week! 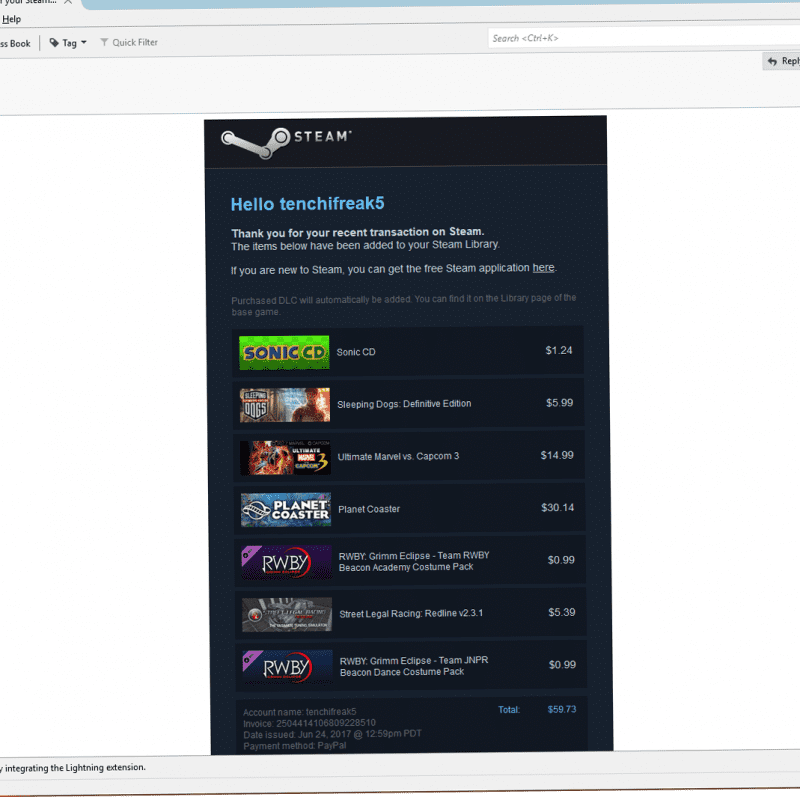 Got away with what I wanted and only a couple of things I hadn't planned on!

So far I've only picked up Ride 2, I rather liked the first one but didn't want to pay full price for the follow up.

I'm thinking about X-Plane 11 and Sailway too, but I'm not sure they're discounted enough.

Shadow of Mordor is only 5 euros...But I haven't finished The Witcher 3 and Fallout 4, and I've had those games for ages

I've only bought Shadow of Mordor so far. I was planning on buying Driver: San Francisco, but I don't know if it's worth the price.

TwinTurbo LM
I've only bought Shadow of Mordor so far. I was planning on buying Driver: San Francisco, but I don't know if it's worth the price.
Click to expand...

D:SF is an okay game. Honestly the car shifting is a very strange gameplay mechanic. Just seemed off with the past Driver games.

Techy
D:SF is an okay game. Honestly the car shifting is a very strange gameplay mechanic. Just seemed off with the past Driver games.
Click to expand...

How are the physics? Just looking for an open world game with decent driving physics that doesn't cost too much.

TwinTurbo LM
How are the physics? Just looking for an open world game with decent driving physics that doesn't cost too much.
Click to expand...

You'd like Driver: SF then. It's not too arcadey..at least in my opinion it isn't.

TwinTurbo LM
How are the physics? Just looking for an open world game with decent driving physics that doesn't cost too much.
Click to expand...

I'd say it qualifies as such. I had fun with it like I did Driver 2.

And if you think the shifting is strange, just wait until you get into the story.

Death Road to Canada (bought it as a gift)
Chip's Challenge 1
F1 2012 (I want to race on the Circuit of the Americas)
Fallout: New Vegas
Clockwork
Romance of the Three Kingdoms Maker
Tomb Raider GOTY edition

dice1998
You'd like Driver: SF then. It's not too arcadey..at least in my opinion it isn't.

Nier Automata is fantastic. Get it

Though they still haven't patched the game.. You have to run a special mod called FAR mod to fix the most annoying problems in the game. And AMD cards are getting pretty shoddy performance

Is Driver San Francisco even still available? I went specifically looking for it during this sale and couldn't find it.

Tornado
Is Driver San Francisco even still available? I went specifically looking for it during this sale and couldn't find it.
Click to expand...

I couldn't find it on the Steam client, but it still seems to be available on Steam - http://store.steampowered.com/sub/8744/

I'm thinking of getting Wreckfest. How much is it?

So I've made some purchases, I don't think I'll buy anything else:

I did also buy The Signal From Tolva, but I didn't think very much of it so I returned it. I said I'd get Shadow Warrior 2 but thought better of it given that I didn't really get on with the first one, I heard the sequel was more like Borderlands but also kind of short, so I might wait for a better sale.

Crazy sale as always...hate myself for buying more games than i plan to and end up not touching some of these games...
But there are epic deals left and right ; who can resist that

i know i can not

What about you guys?

If any of you end up buying Rocket League,

I haven't seen it mentioned here yet, but "Motorsport Manager" is on sale for 66% off! I've already spent 20 hours on it!

I've still not bought anything. Tempted by the GT DLC for Motorsport Manager.

Thinking of the Civ 6 and XCOM 2 double pack.

I've yet to buy anything aswell.

Haven't found anything that I would like to purchase at the moment.

Only a few more days to go though.

I bought a few games:

I've bought Car Mechanic Simulator 2015 which I was always curious about so decided to try it as it's just over £2, have enjoyed it so far and can see myself getting a decent amount of hours in to it.

Other than that I've bought both of the Metro games as I thought the new Metro game looked good at E3 and wanted to get a feel for the series.

It's finished! I picked up Wasteland 2 at the last minute, the rest of my wishlist wasn't really that enticing so even though I made a mental note to have another look before the end, I couldn't actually get excited about any of it so I just... Well, didn't buy anything. Except Wasteland 2.

Ended up buying Assassin's Creed 2 before the sale ended.