The Triumph TR3 is a sports car produced between 1955 and 1962 by Standard-Triumph in England. Although the car was usually supplied as an open two-seater, an occasional rear seat and bolt-on steel hard top were available as extras.

The car was powered by a 1991 cc straight-4 OHV engine initially producing 95 bhp (71 kW; 96 PS), an increase of 5 hp over the TR2 thanks to the larger SU-H6 carburettors fitted. This was later increased to 100 bhp at 5000 rpm by the addition of a "high port" cylinder head and enlarged manifold. The four-speed manual gearbox could be supplemented by an overdrive unit on the top three ratios, electrically operated and controlled by a switch on the dash. In 1956 the front brakes were changed from drums to discs, the TR3 thus becoming the first series production car to be so fitted.

The suspension was by double A-arms, manganese bronze trunnion, coil springs and tube shocks at the front, optional anti-roll bar, and with worm and peg steering. Unlike MGs of the same period, the steering mechanism and linkage had considerable play and friction, which increased with wear.

The rear was conventional leaf springs, with solid axle and lever arm dampers, except that the (box) frame rails were slung under the axle. The wheels were 15-inches in diameter and 4.5 inches wide (increased from 4 inches after the first few TR2s), with 48-spoke wire wheels optional. Wire wheels were usually painted, either body colour or Argent (silver), but matt chrome and bright chrome were also available. The front disc or drum brakes and rear drums had no servo assistance.

The TR3's weight was significantly more than the Morgan Plus Four and the 356 Porsches, but not much more than the MGA and MGB. All except the Morgan, which shared the same engine, were substantially less powerful.

Under most conditions the car was very responsive and forgiving, but it had a some handling vices. The chassis, which was shared by the TR2, TR3, TR3A and TR4 had limited wheel travel. As a result, on very hard cornering, the inside rear wheel would lift, causing sudden oversteer due to the increased load on the outside rear tyre. This was particularly true with increasingly common radial tyres; the original TR2/3/3A suspension was built with older, crossply tyre designs in mind. The wheel lifting was more sudden than that of other cars, because it was caused by coming to the end of the suspension travel while there was still load on the tyre, so the load on the other (outside) rear wheel was a discontinuous function of cornering load, rather than just changing slope.

The TR3 is a true roadster, designed for sunny weather but with removable rain protection. It has a convertible hood (US top) that snaps on and off and removable side curtains, allowing very low doors with padding for the driver's arm to rest on. There are holes in the floor, with rubber plugs, so that the originally supplied jack might be used from inside the car, as did the Jaguar XK120.
The optional heater was poor and the shut-off valve was under the bonnet. A third person could get behind the seats, if absolutely necessary. 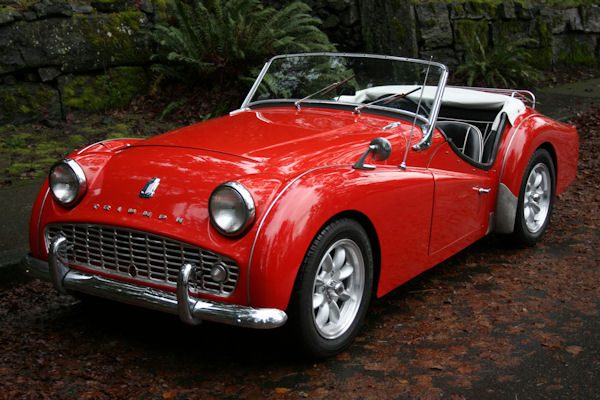 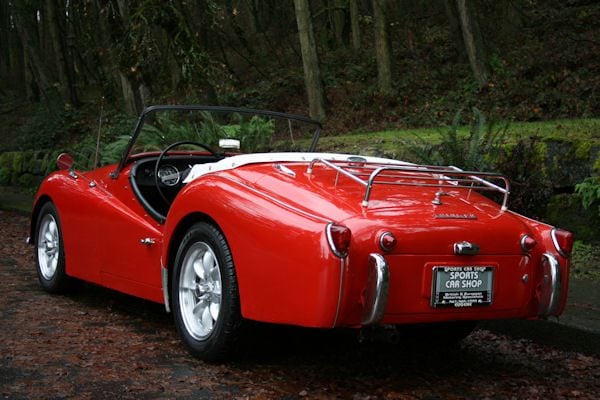 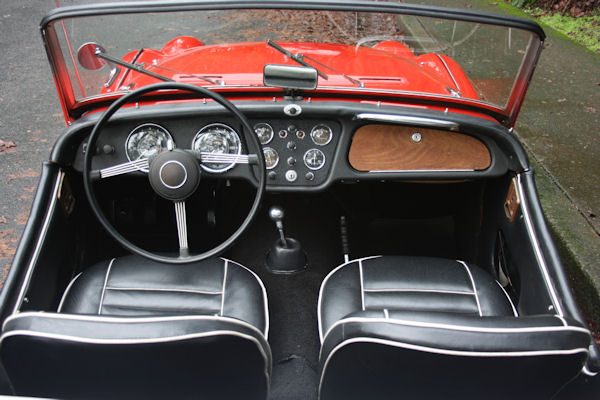 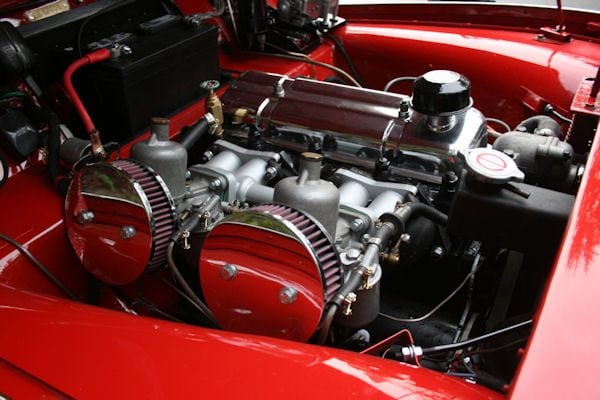 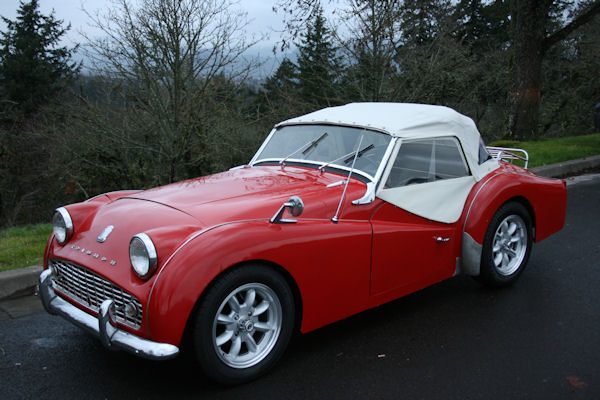 Aero2000
You have my vote Starlight, what do you think about this TR2? https://www.gtplanet.net/forum/threads/triumph-tr2-coupe-francorchamps-54.308511/
Click to expand...

Oops, missed that nice one.
Voted!

The engines in the TR2 and TR3 are derived from the units used in the Standard Vanguard and Ferguson tractors. Standard was part of Triumph and supplied hotted up versions of their engines for use in Triumphs and detuned versions for use in Ferguson tractors. The motors are incredibly heavy and over-engineered and can be safely enlarged to 2.8 litres for racing. 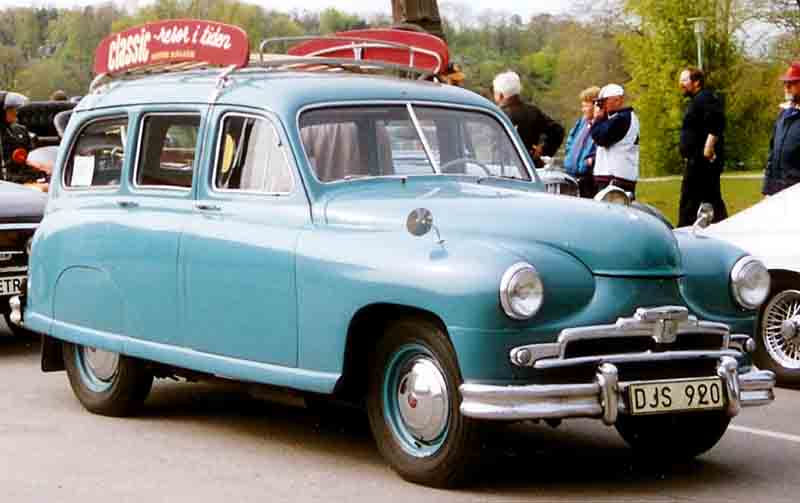 Not quite the oldest member. Yet.

Back in the day, I had a friend with one of these. It was heavily modified with improved breathing, compression ratio raised to (I think) 11.5 or maybe more, enlarged bore and ⅞ racing cam.

What I found particularly interesting at the time was that he'd handmade a water injection system as the way to get the fuel/air mixture to mix better, since even on 100 octane fuel, pre-ignition was a problem. That solved it. It sounded superb, and there was a distinct kick in the back when it came "on cam" at about 4,500 rpm. Quite high revving for a TR motor.

The other oddity was that the owner was so obsessed with rattles that not only was everything tightened down in this TR, but he'd gone to the lengths of brazing his car key and his home key into an "L" shaped single piece of metal.