For other nerds like myself, I figured I'd post my son's XBOX Adaptive Controller setup. He has Hemiplegia and can't really use his right hand properly. He has some grabbing skills, but not much fine motor skills or grip strength, his left side is strong/normal. So I bought him an XBOX Adaptive Controller when I found out there's a Mayflash Adapter that will let him use it on his Nintendo Switch.

I initially got him the XBOX Adaptive Controller and the PDP Joystick (Wii Nunchuck basically), but was very disappointed to find out that the two white buttons on that joystick were programmed to move Up and Down respectively. I mean, it has the joystick RIGHT THERE...ugh...anyway so I thought I'd modify his Joystick to map those buttons to button B (jump) and the Home button so he can exit a game easily on his own. I then found another Speedlink Joystick that would be perfect for him to use Up/Down/Left/Right with his right hand and map those to other buttons so he could play Smash Bros. for example.

Anyway, here's the video. it's not super in-depth like Ben Heck or anything, but it was a fun learning experience. 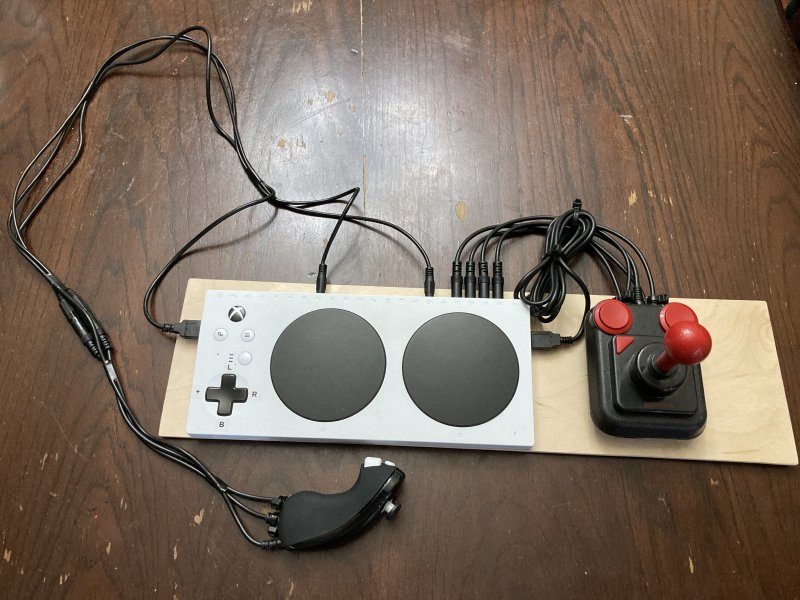