Chris Esaki, the creative director at Turn 10 Studios, has revealed that some players will soon be able to get their hands on the next game in the Forza Motorsport series — or at least a part of it.

The information came via a Forza Monthly stream. Esaki spoke at length about the development progress of the new game, which still seems to sport the name “Forza Motorsport“, and how the team is approaching the eighth title in the series. Speaking to frequent Forza livestream presenter Leah “Leahviathan” Alexandra, Esaki confirmed that the studio is regularly playtesting the title internally, but is looking to get players involved in the feedback process too.

That will of course require players to be part of the playtesting, and to that end Turn 10 will be supplying an unspecified part of the title to some players. Anyone is eligible, but to be a part of the process you’ll need to be a member of the Turn 10 Feedback Program — informally known as the Forza panel.

The good news is that it’s free and you don’t need to do much to sign up: just fill in a survey. You then stand a chance of being selected for further surveys and “other invites to participate” (such as playtesting the next Forza Motorsport title) as well as receiving incentives for taking part — and you can opt out at any time.

“We’re going to continue to plan this type of testing as we go in the months ahead and get more and more people from the community in and enjoying this experience. So once again, get on those Forza panels and you’ll actually be able to check out … part of the new Forza Motorsport.”

.@LoungeToy dropped by Forza Monthly to deliver an update on Forza Motorsport. Participants in the Forza Feedback Panel are starting to get their hands on part of the game for playtesting! pic.twitter.com/bXzhuI7PKa

It remains to be seen exactly what part of the game will be made available to the panel, but it certainly sounds like Turn 10 plans to involve the community in wide-scale alpha or pre-alpha testing of several parts of the title over a relatively long period of time. That would seem to suggest that Forza Motorsport is still a long way from completion or even a full beta build, and likely to arrive no earlier than 2022 as previously mooted.

Nonetheless, it’s positive news for Forza fans that the next game in the Motorsport series is in a new development phase and one step closer to release. 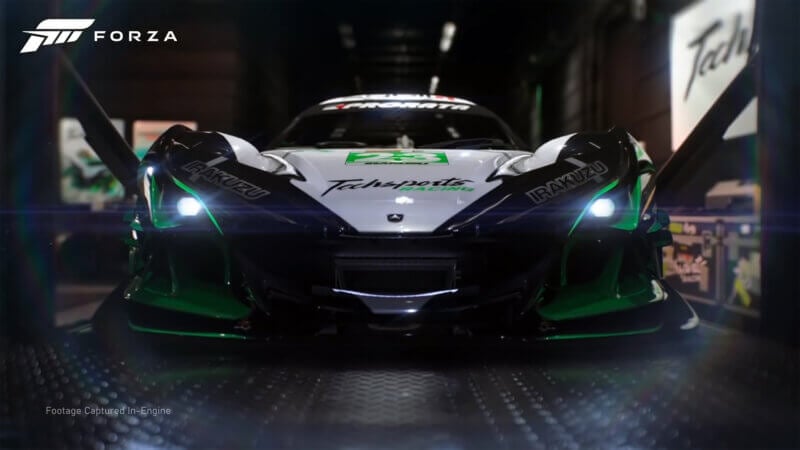