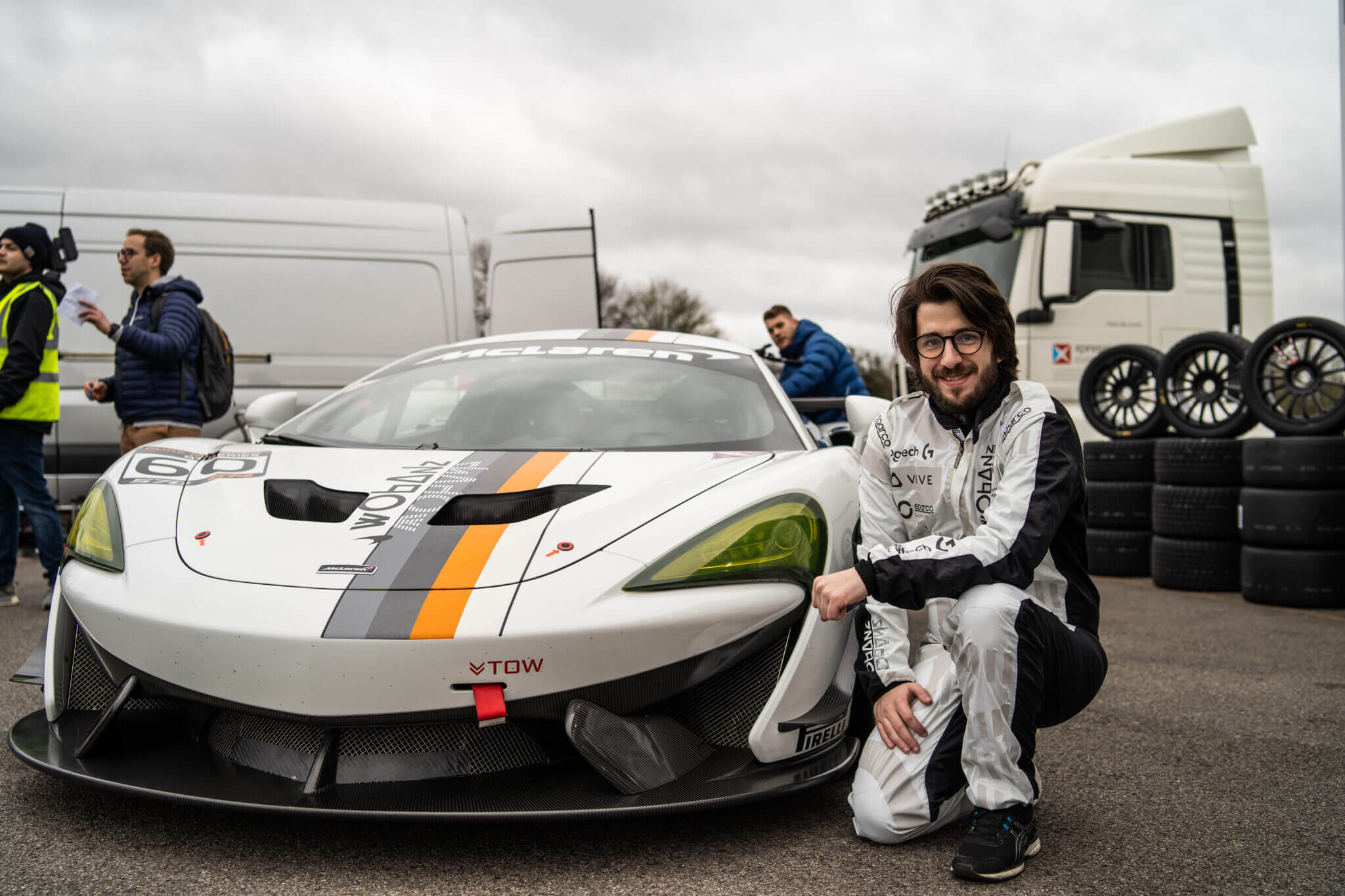 With the growth of my channel over the last couple of years, I’ve had this little dream that one day, it would enable me to sample a real race car. That little dream became a reality last week after I was invited to give the McLaren 570S GT4 a try!

Before this, my only previous track experience came at a soggy Brands Hatch in a BMW M3 road car with a roll cage. While that was a fantastic experience, it really didn’t set me up for what was to come. This, by many a mile, would be the fastest car I’ve ever driven.

Not only would I get the chance to drive a race car, but I’d be driving on one of the most recognizable bits of tarmac in the UK – Dunsfold Aerodrome. For those that haven’t put a name to the venue yet, it plays host to Top Gear. So, race car, famous venue, cameras everywhere… no pressure!

In all seriousness, I was extremely nervous. All I could think about was crashing this very expensive machine into a tire bundle. It’s so hard to not think about the worst outcome when you’re that nervous. I just wanted to get in the car and drive. Like with most things in life, the anticipation is nearly always worse than the reality.

Once I was strapped in, the excitement started to win. After a little talk from instructor Charlie, it was finally time to click it into gear and get out on the track. I at least knew the track from Top Gear and from driving it in games, so that was one less hurdle to clear. Given my track knowledge, I used the first lap to get used to my surroundings. Then it was time to turn it up a little.

The first sensation was, seemingly, limitless grip. Whatever I did, the car just kept giving more and more. With each lap, I pushed the car harder and harder, but it was still egging me on. I could almost feel it smiling at me and saying “is that all you’ve got?” The confidence it inspired was spellbinding.

When people describe driving a race car, you often hear about just how much you feel through your body – I now have an appreciation for that. You really are part of the car. You feel every bump and movement in the car, along with every bit of force on your body that physics can throw at you.

Despite not reaching anywhere near the potential of the car, the way the forces pull your body around made me realize why racing drivers have to be so fit. Even outside of the cornering, hitting the brake was extraordinary. The force from the brake pushed me into the belts even tighter and pulled at my face. It was an extraordinarily physical experience.

I thought I’d be ecstatic and overwhelmed afterwards. While I was overwhelmed, it wasn’t in the way I expected – I was speechless and overawed. I thought I’d be jumping for joy and raving, but I couldn’t. All I could do was try and process what I’d just experienced.

With my lack of experience and how overwhelmed I felt going into this, I was chuffed to be within five seconds of the best on the day. All I could think about was the incredible feeling I got from driving the car. The grip, the power, the sound — it’s addictive. I’m not sure you can ever get enough of it.

Indeed, if there was a negative, it’s that I want to do this again. Not just want, but need. Sampling something like this is, potentially, life-changing. That may sound dramatic, but this was an experience like no other, and I need more of it!