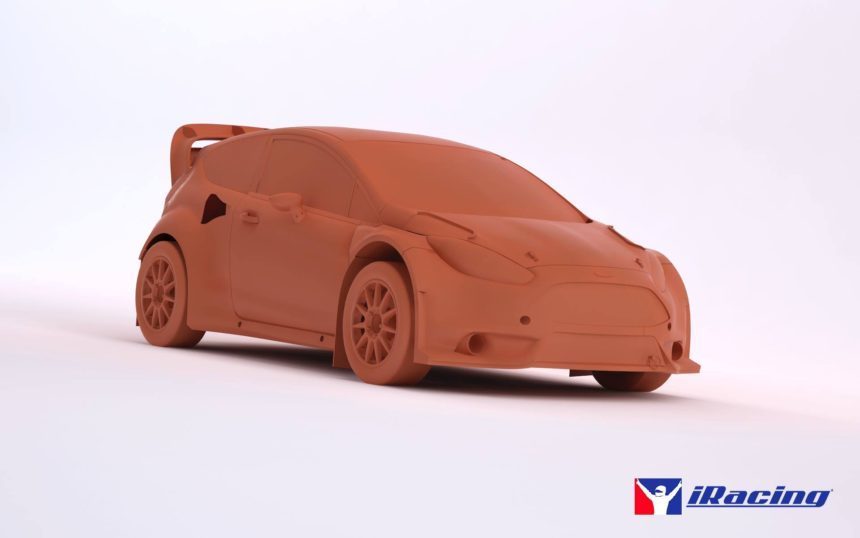 Rallycross is more popular than ever in the racing genre. The hybrid racing discipline has featured in DiRT 4 so far this year and will also appear in Slightly Mad Studios’ Project CARS 2. Following up from the addition of dirt driving, iRacing has given us a glimpse of its upcoming rallycross feature.

We see some off-screen gameplay of the new mode as played with a racing rig. The combination of choice for our first look at the discipline is Daytona’s rallycross circuit driven in the Volkswagen Beetle GRC. There’s not much viewing here and this is clearly just a glimpse of what’s to come, with only 27 seconds footage to pick apart.

Even as a work in progress, the physics appear to be very good. The car reacts to wheel input naturally and the driver is able to navigate a tough hairpin with accuracy. Although the cockpit cam is the most popular choice in gameplay, it would have been nice to see how the car’s body reacts to the ramp on the Daytona circuit.

Development is still ongoing with the goal of releasing the mode this year. Hopefully we won’t have to wait too long for a more substantial look at rallycross.

The Beetle GRC joins the Ford Fiesta in iRacing‘s upcoming rallycross roster, taking our known total to two vehicles. Given the service-based nature of the game, the team probably has some more content to show off on the run up to release. Stay tuned for more iRacing updates as we get them.

Gran Turismo Sport 561 May 25 by Andrew Evans
It’s another new week, and that means a new set of three GT Sport Daily Races. There’s a little something familiar for players this week, but also something a lot…