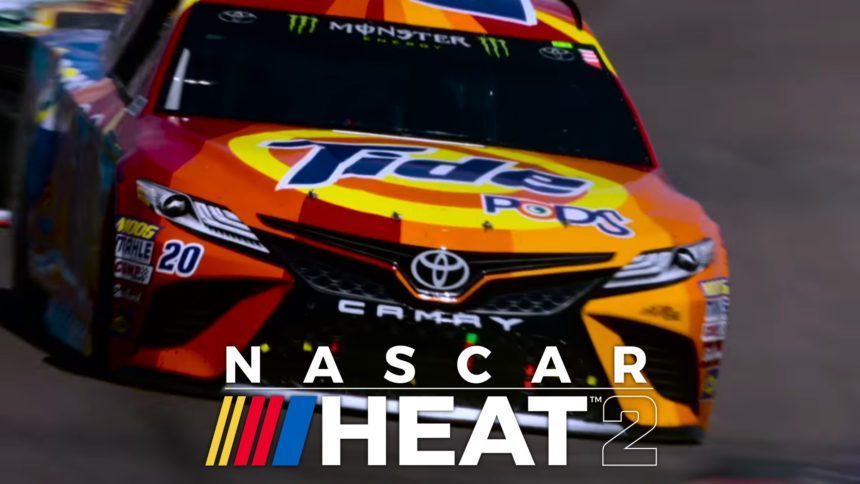 NASCAR Heat 2 Coming to PS4, XB1 and PC This Fall

The sequel to last year’s NASCAR Heat Evolution has officially been announced by 704Games. Arriving September 12, NASCAR Heat 2 promises to build upon the previous game’s foundation, along with bringing in new features.

Monster Games will be developing the new game. The team plans on making improvements like better online multiplayer, a more in-depth career mode, and track and driver updates. Additional features that “take NASCAR games back to their roots” are also on the list, but what they are exactly is unknown at the moment.

704Games CEO Paul Brooks stated in the press release, “this new game will have a very different look and an enhanced overall experience that reflects the insights of actual NASCAR drivers,” and that fans should look forward to new and exciting features in the coming months.

Just like last year, 704Games will be working with Toyota again. What’s new this year is that fans are given the option of voting for two Toyota drivers to head to Stage 2 at the Monster Energy All-Star Race. The first of the two to cross the line will appear on NASCAR Heat 2’s cover. Voters will also be entered in a contest to win a custom-wrapped Xbox One S with a copy of the game.

NASCAR Heat 2 will be coming out on September 12 for PlayStation 4, Xbox One, and PC in North America. We look forward to seeing what the men and women at Monster Games have up their sleeves.

NASCARNASCAR Heat 2PC GamingPlayStation 4Xbox One
100 Comments Discuss this post in our forums...
Can You Beat the Impossible Gran Turismo Quiz?

Automotive News 11 Feb 21 by Andrew Evans
If you’re feeling glum about motorsport right now, we’ll forgive you. Every other headline these days seems to be a big brand pulling out of some race series or other.…

Automotive News 7 Feb 21 by Andrew Evans
New US brand Czinger Vehicles will officially reveal its first car at the Geneva Motor Show next month, and it’s quite the debut. Known as the 21C — shorthand for…